Is a Kevin Durant Trade Even Possible? 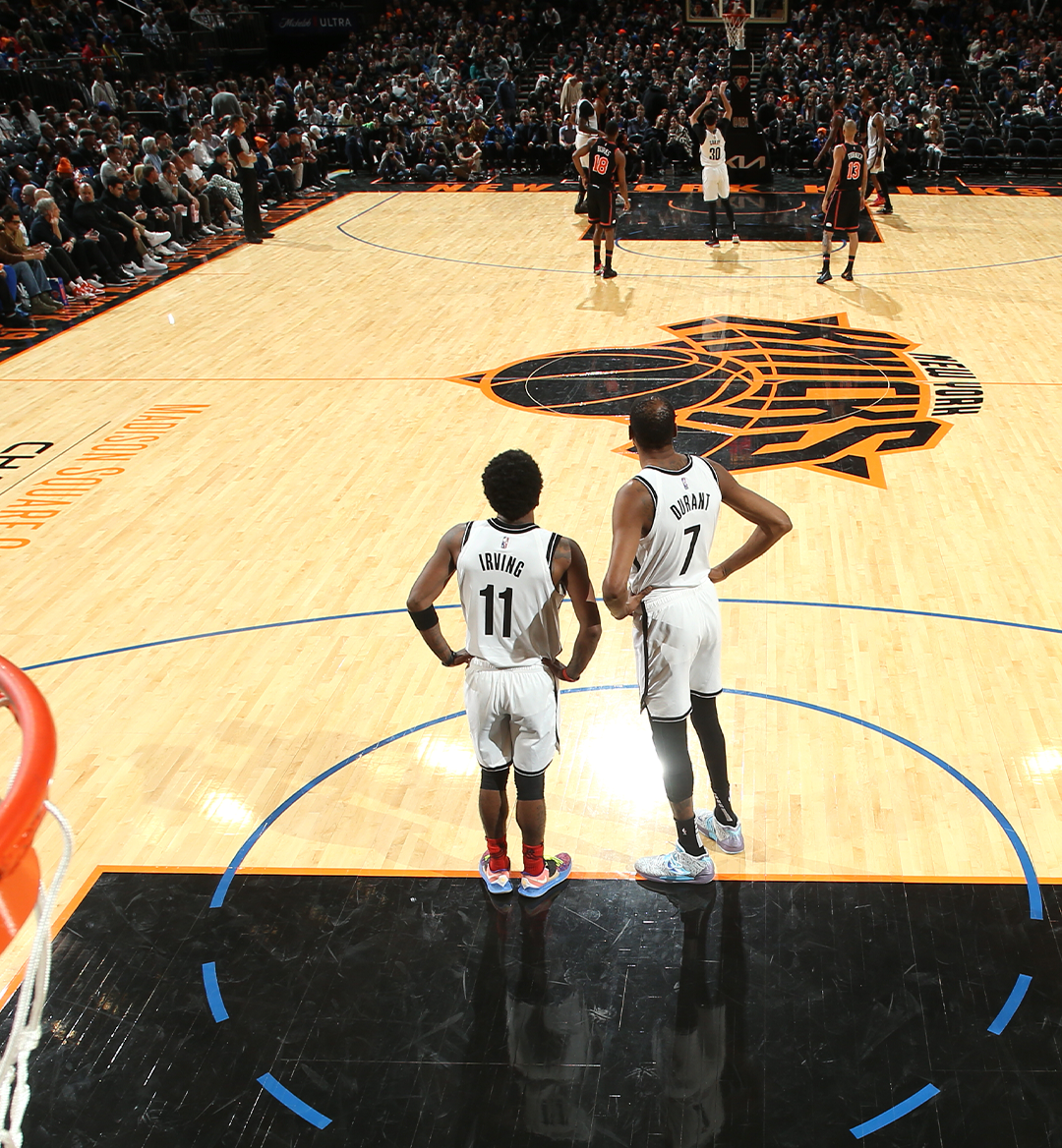 For the most part, Kevin Durant has enjoyed a relatively frictionless career. In Oklahoma City, Durant vaulted the Thunder into the playoffs during his third season and won at least 50 games in his last six healthy seasons in OKC. Then, thanks to an unprecedented salary cap spike, Durant decamped for Golden State, where he took home two Finals MVPs at a canter, sleepily piecing together historically great postseason runs as Steph Curry’s co-pilot. Whereas Lebron James and Michael Jordan and Kobe Bryant forged images of themselves as imperial hardwood Caesars, Durant has always been content to be himself, do himself, and chill. Veni, vidi, vici? No, Ego sum, efficio, glaccio.

As such, the ongoing Brooklyn boondoggle is the first time that Durant hasn’t been able to step into success as if it’s his birthright. Last year’s first round sweep against the Celtics is probably an on-court low-water mark for Durant and the vibes have become so odious that governor Joseph Tsai is openly pining for the days of Jared Dudley and dignified defeat.

Accordingly, the recent report that the Nets and Celtics have explored a trade oriented around Jaylen Brown feels like the first steps towards something actually happening. At long last, there was a rumor that hinted at potential action. With Kevin Durant, the Celtics would instantly become the obvious best team in the NBA, even if it means sacrificing Marcus Smart, the honorary capo of the Boston Media Mafia. Similarly, the Nets would be able to save face by adding Brown, a budding star who sneakily outplayed Jayson Tatum in the Finals despite not being able to dribble. Never mind that the trade talks happened two-ish weeks ago or that the deal is exceedingly unlikely to actually happen (if the trade were going to happen, it would’ve happened by now), all news is good news during this fallow stretch of the offseason.

By demanding a trade, Durant has revealed the basic fact that he’s nearly untradable—the arcane legalese of the collective bargaining agreement has scuppered potential suitors such as the Miami Heat; the Phoenix Suns, an early clubhouse favorite, can’t put together a package after DeAndre Ayton grew tired of their pointless negging and signed an offer sheet with the Pacers. Whereas his talent makes him a limitless player on the court, his greatness inherently circumscribes his world of off-court possibilities; Kevin Durant—arguably the most gifted player ever—can’t simply be traded. Accordingly, barely any teams have enough ammo to trade for Durant and even fewer can do so while still fielding a contending team around him.

For years, Durant has been the lowest-maintenance, high-maintenance player in the NBA. Sure, he’s moody and friends with Kyrie Irving, but there’s a simplicity and purity in the way he approaches the game. In Durant’s hands, basketball becomes meditative, a personal flowstate of immaculate footwork and mechanics removed from the hubbub of the NBA; Durant is fundamentally the same player whether he’s playing with Steph Curry or Kyrie Irving or Nic Claxton. But now, this summer has been one of the first times that Durant has had to confront the material costs of stardom, realizing that he doesn’t actually want to lie in the bed that he partially made.

Although Durant is no stranger to rumor mill slop, his trade demand feels like it’s catalyzed by meta-basketball reasons while his ones in free agency were fuelled by his on-court aesthetics and values. He left OKC for Golden State because he was seduced by their style; he left the Warriors for Brooklyn because he wanted to experience sharing the court with a basketball genius like Irving. Conversely, his malcontent in Brooklyn seems to stem from a greater awareness of a hierarchy of needs beyond getting buckets. Interestingly, Durant hasn’t explicitly listed his preferred destinations—he merely wants to go to a good team. It’s undeniable that Kevin Durant is driving the bus—the question is which direction he takes it.