J.T. Tuimoloau is the Ballplayer of the Week 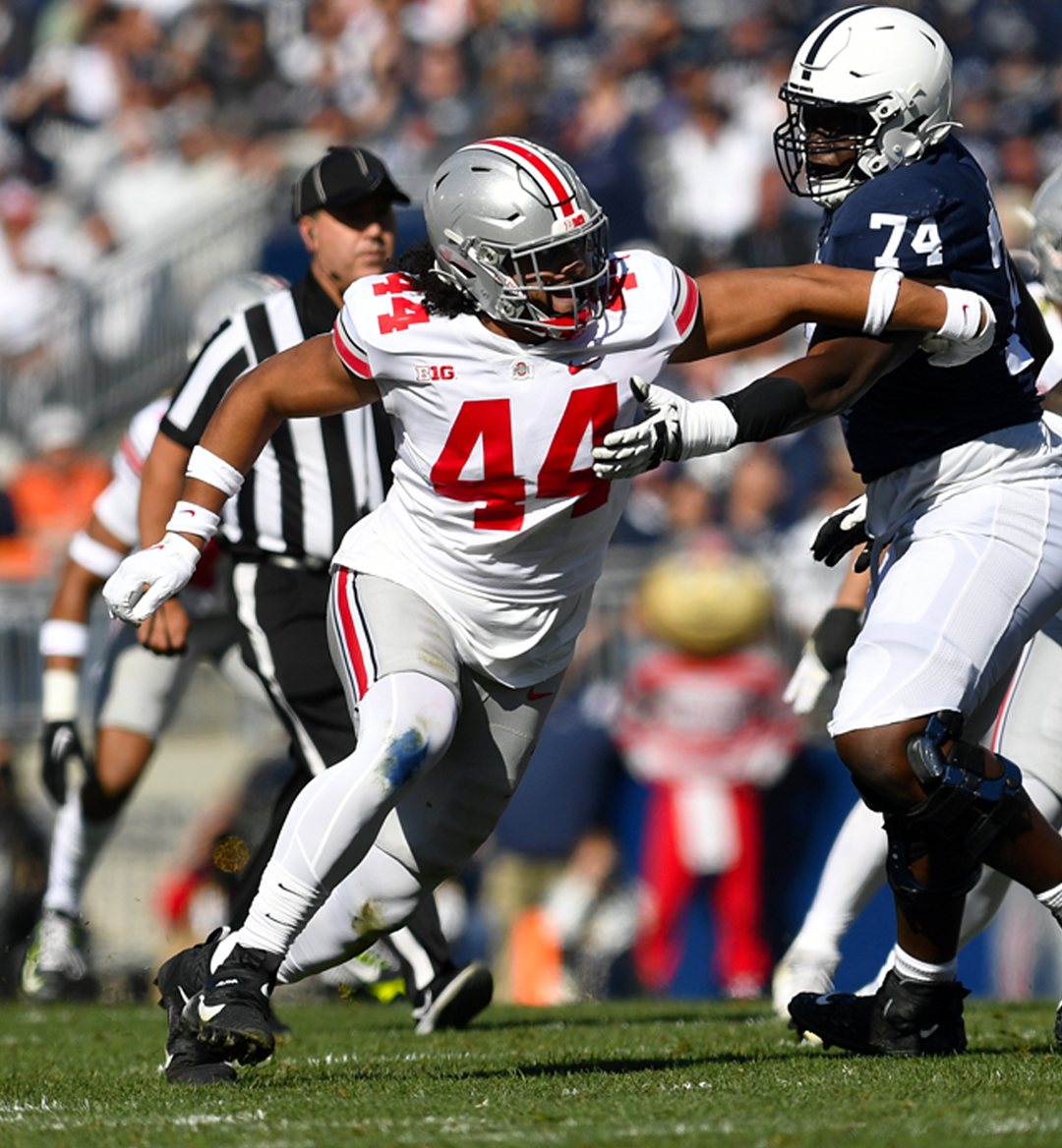 Whereas offense creates soaring arias of innovation and talent (i.e. they do cool shit), defense exists purely to eradicate that. Offense is optimism, a belief in progress; defense is pessimism, a literal attempt to get those kids off your lawn. When you look back at the most indelible moments in college football history (Doug Flutie’s Hail Mary, Vince Young’s title-winning jaunt vs USC, the Kick-Six), they’re inevitably the story of a guy not getting tackled; there is no glamor in defensive football. But J.T. Tuimoloau, Ohio State’s sophomore defensive end, is trying to change that.

Despite strong performances from starrier names like quarterback CJ Stroud, running back TreVeyon Henderson and wide receiver Marvin Harrison Jr., J.T. Tuimoloau was the catalyst for #2 Ohio State’s 44-31 demolition of #13 Penn State. In one of the most dominant and comprehensive performances ever from a defender, Tuimoloau racked up six tackles, three tackles for loss, two sacks, one forced fumble, one fumble recovery, one tipped pass (which was then intercepted by a teammate) and two interceptions (one of which he converted into a pick-six). By doing so, he became the first guy ever to put up such a statline and just the third FBS player in the past 15 seasons to notch two sacks, a forced fumble, a fumble recovery, an interception and a touchdown. Unsurprisingly, he was named the Big Ten Defensive Player of the Week.

A five-star recruit in the class of 2021, Tuimoloau has been a productive, if quiet, member of a loaded Buckeyes team. Tuimoloau’s 5.5 sacks over his first season-and-a-half are certainly nothing to scoff at, but still aren’t gob-stopping. In this sense, Tuimoloau’s masterclass against Penn State served as a broader introduction to the breadth and depth of his skillset. He shed blockers, dancing around them with quick feet and simply moving them to the side with strong hands; he showcased his shocking athleticism by dropping into coverage to snag one interception and then lunging into a passing lane to pick off a screen pass.

Against an elite opponent on the road, Tuimoloau more or less contributed 21 of Ohio State’s 44 points—the Buckeyes scored touchdowns after his first interception and strip sack, taking advantage of the short field that his heroics provided; he housed his second pick himself. As such, this is the end of Tuimoloau’s relative anonymity—Lebron James tweeted about him, twice!

Although Tuimoloau isn’t eligible for the NFL Draft until 2024, this game will be proof of concept for why he should be picked towards the top of it;  he’s graduated from being some guy to being The Guy.