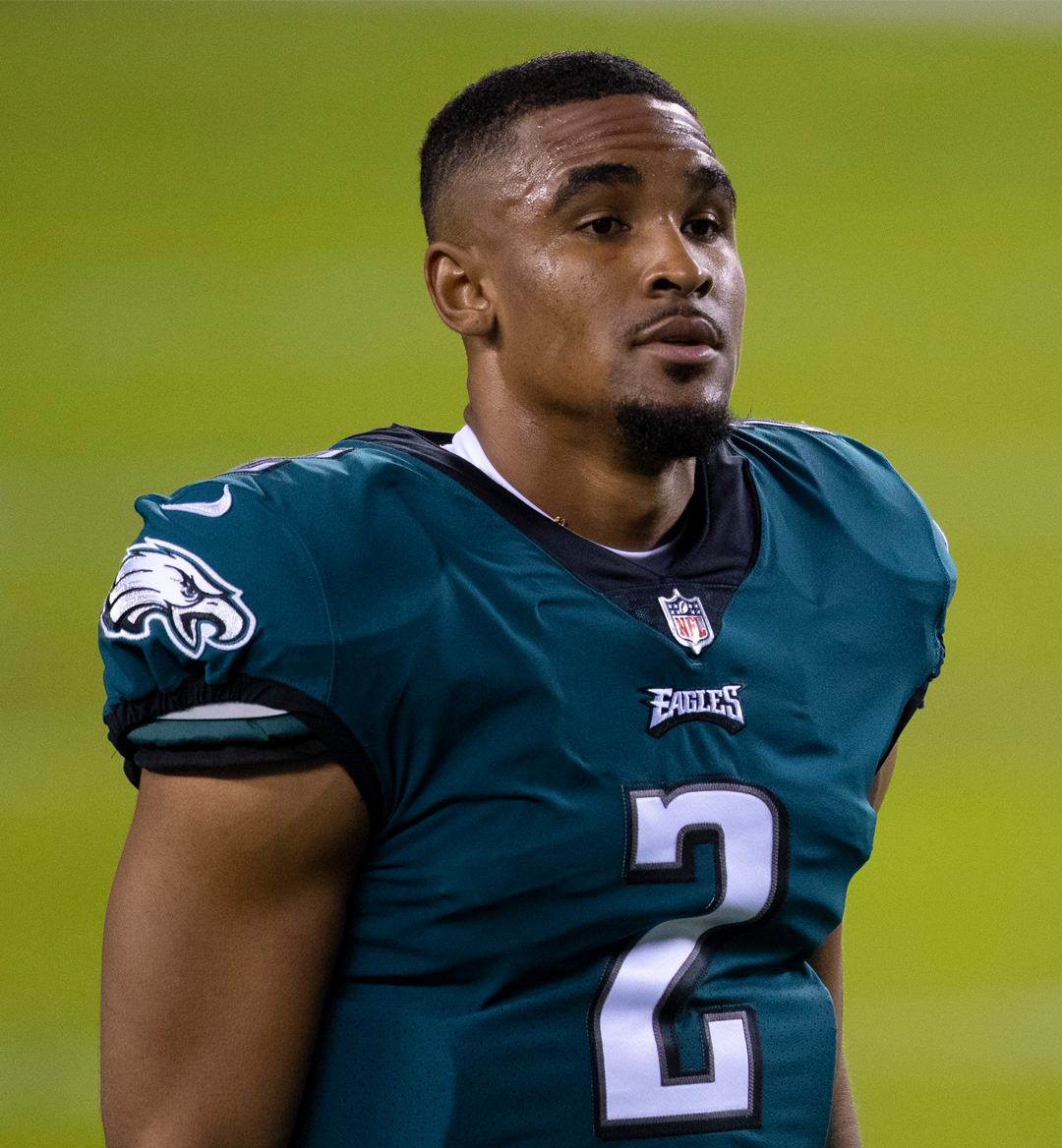 Traditional, season-long fantasy football gives you the opportunity to prove that you’re a smarter and better person than your dearest friends, but daily fantasy sports offers an even stronger incentive: cash. With the season steadily nearing the halfway point, the NFL landscape is now clearer as depth charts and schemes have come into focus. This may not be financial advice, but here are the ONE37pm NFL DFS picks for Week 8.

Averaging a slate-topping 25.6 fantasy points per week, Hurts is as reliable as they come. In his sophomore season, Hurts has made a massive leap as a dual-threat quarterback. Through six games, he has the sixth highest passer rating and the second most rushing touchdowns in the NFL.

Last week, the New Orleans Saints gave up 34 points and 409 passing yards to a New Orleans Saints’ offense that was quarterbacked by Andy Dalton and was missing two of its top three receivers. Now, just imagine what an actually good offense (such as the one Kirk Cousins leads) will be able to do to them.

Shockingly named the Colts’ starting quarterback for the rest of the season, Ehlinger is a starter who’s priced lower than several backups. Is he good? Impossible to say. Is he so g-d cheap that even a middling performance will return massive value? Absolutely.

On a pure carry-by-carry basis, Henry isn’t what he once was. Injures and mammoth workloads have leadened his legs; his 4.0 yards per carry this year is a precipitous drop off from the 5.4 ypc he averaged during his historic 2020 season. Still, the volume is so huge and so juicy that “efficiency” doesn’t matter. Even after all these years, Henry remains a nightmare to tackle—especially when you’re asked to tackle him 25+ times a game.

Walker’s price has shot up $1800 since Week 5. And it’s still too low. Since assuming the starting job in Seattle, Walker has been a superstar, rushing for 265 yards and three touchdowns over the last two weeks.

Despite getting shot two times in the leg not even two months ago, Robinson has emerged as the Commanders’ lead running back since he made his return in Week 5. In particular, he dominated Washington’s backfield in Weeks 6 and 7, toting the ball an average of 18.5 times. The efficiency isn’t quite there yet (Robinson is yet to crack even 3.7 yards per carry in any game yet), but the volume alone warrants a spot in your lineup.

Double digit fantasy points in six of seven games, the 18th most targets and the sixth deepest average depth of target: Chris Olave is legit. As a rookie, Olave has walked into an offense built around three Pro Bowlers (Alvin Kamara, Michael Thomas and Jarvis Landry) and decisively outplayed all of them.

The fifth rookie to be featured on this week’s guide, Pickens is the new top dog in the Steelers’ receiving corp. Building on a strong preseason, Pickens has demonstrated sharp chemistry with both Kenny Pickett and Mitch Trubisky, receiving more than six targets in each of the last five weeks.

With Travis Kelce and Mark Andrews off the slate, Kittle is the highest priced tight end by default. While Kittle is still a great player, the arrival of Christian McCaffrey signals that the 49ers might be moving in an even more run-heavy attack, which would marginalize Kittle.

Outside of last Sunday’s dud where an injured Higbee largely acted as a decoy, Higbee has been Matthew Stafford’s second favorite target. In Weeks 2-5, Higbee topped double digit fantasy points in all four games

Thomas playing a full game is rare and beautiful, like a Supermoon or cicada emergence. Make sure to take advantage while you can.

Randy Savvy is the King of Street Country—and Eventually Everything Else, Too