Lia Thomas Is Why National Women's Month Is Necessary 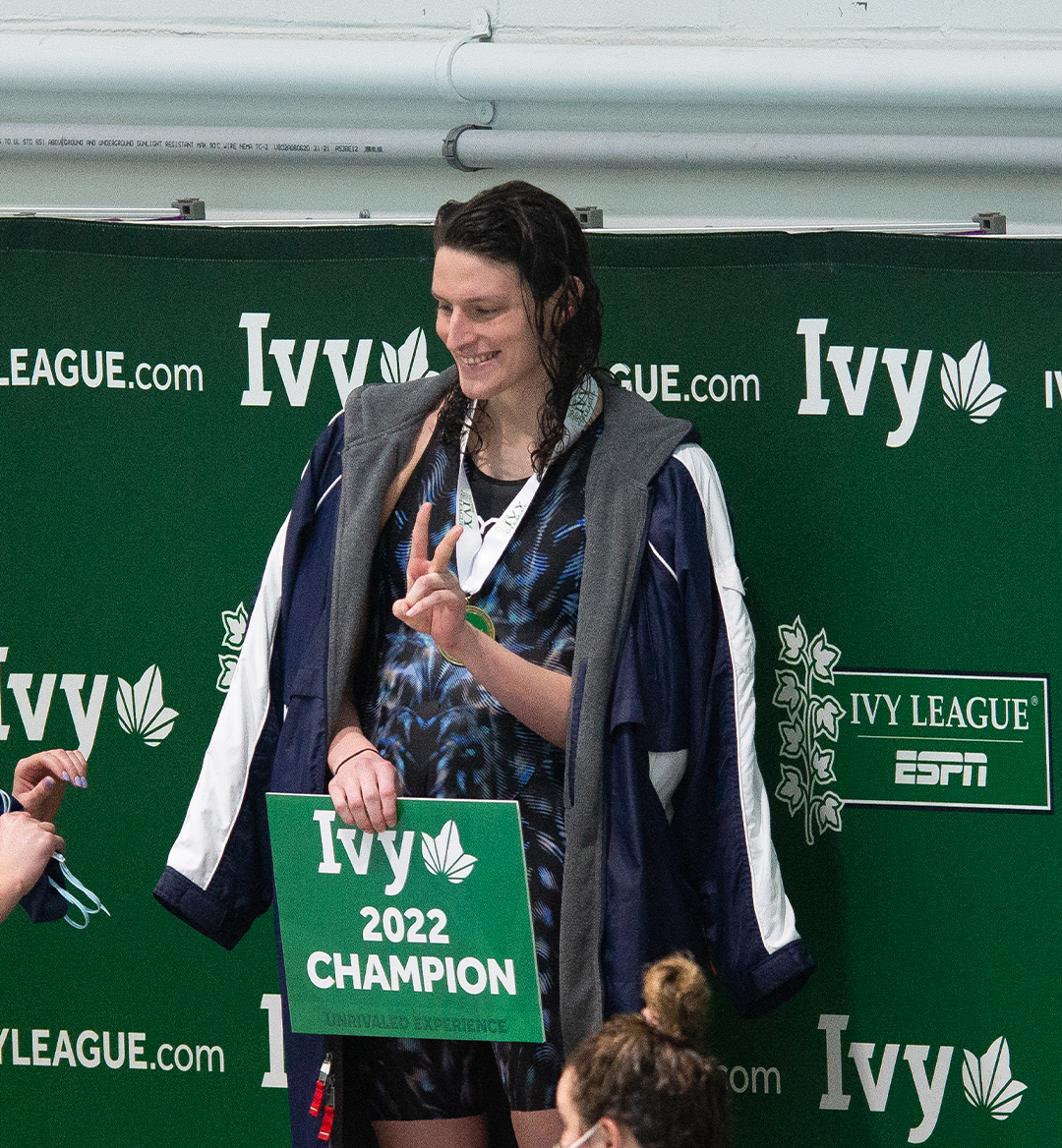 Lia Thomas, a senior at the University of Pennsylvania, is in the middle of the greatest swimming season in Ivy League history. Already, she’s broken six records and won five events at the Ivy League Championships last month. Entering the season-ending NCAA Championships on March 23rd, Thomas is the top-ranked women’s swimmer in the country, the rare Ivy Leaguer who can unequivocally hang on a national stage. In a normal world that’s less defined by cruelty, this would be the end of the story; in fact, it probably wouldn't even be a story because collegiate swimming isn’t normally a national concern.

Instead, Thomas’s races have become an unlikely theater within a broader culture war; Thomas is a transgender woman who competed on Penn’s men’s team until 2019. As such, Thomas is no longer just a college student who can swim really fast; she’s an ideological cudgel in a bad faith debate waged by transphobic people. Now that Eileen Gu is out of the limelight and there’s only so much outraged blood you can wring from the unsexified Green M&M stone, conservative media has affixed their crosshairs on Thomas; FoxNews.com has somehow published 1,720 pieces of Lia Thomas content since January 1st. To listen to them, she represents an existential threat to the future of women’s sports, a shameless glory-hunter who’s exploiting chronic, destructive wokeness, whatever that means. But beyond the brigade of loud bigots being loud and bigoted, seemingly neutral parties have aligned against Thomas. An official at USA Swimming resigned in protest; editors at Swimming World magazine published severe op-eds arguing for her disqualification; 16 teammates signed a letter and sniped at her through anonymous tabloid leaks.

But really, taking an anti-Thomas stance isn’t a courageous fight for women’s sports as much as it is a crusade against transgender people. After nearly three years of hormone therapy, Thomas meets the testosterone guidelines set by the NCAA and IOC—it’s stupid and unreasonable to expect her to compete against men because she’s a woman and not a man.

The arguments about the fairness of Thomas’s inclusion are similarly flimsy. Yes, Thomas has larger limbs and denser bones than other female swimmers, but who cares? All great athletes have inherent athletic advantages: that’s why they’re elite athletes. Michael Phelps has exceptionally flexible joints and produces half as much lactic acid as his competitors and nobody tries to bar him from competitions; LeBron James is eight inches taller than me and can jump way higher, but I don’t complain about that in the newspaper.

In this sense, Thomas isn’t just the best college swimmer in the country, she’s also the bravest. She’s succeeded on a historic level against true adversity and hatred. She is why it’s necessary that Women’s History Month exists.