Caitlin Clark is More Than Just a Bucket 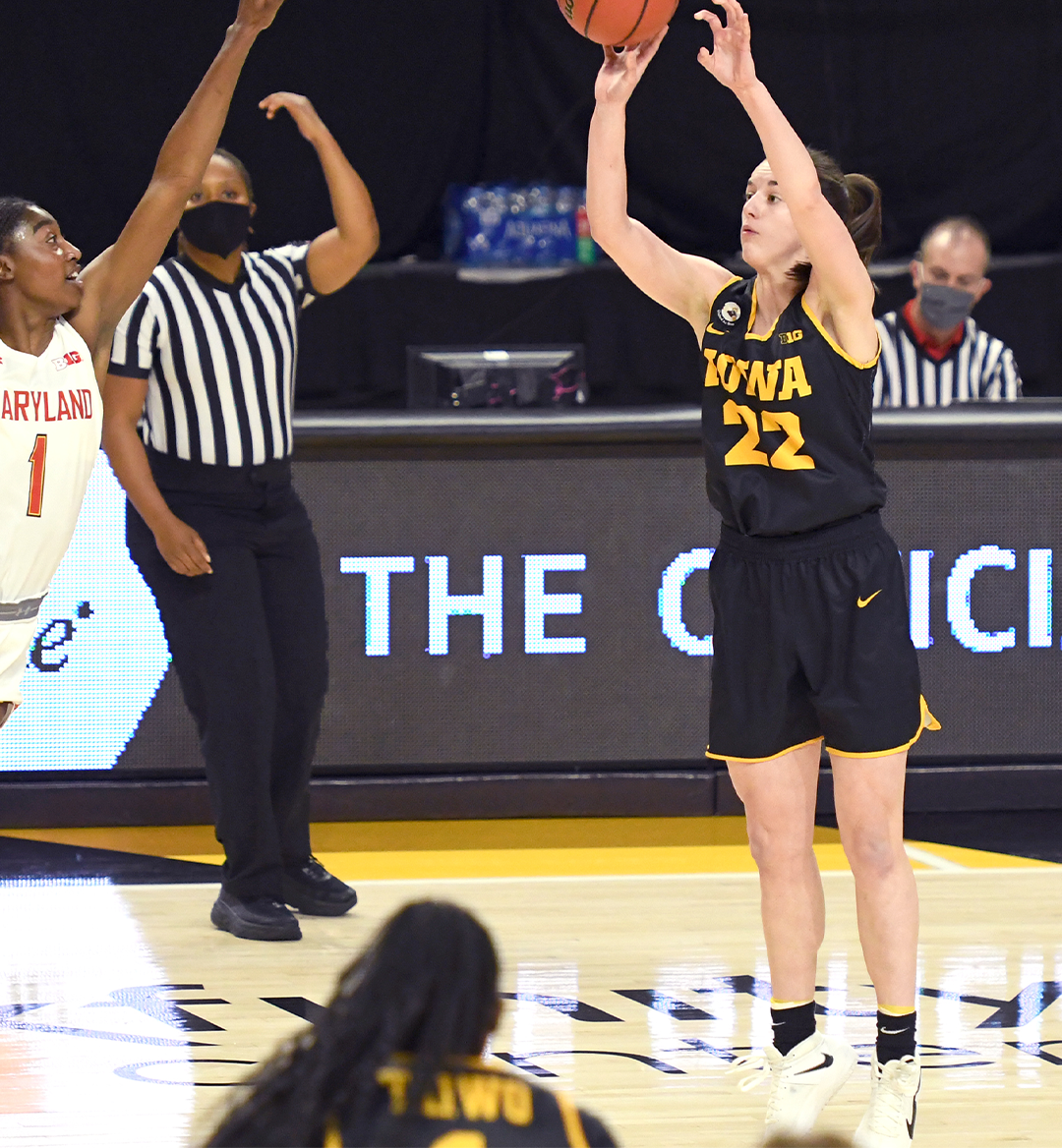 There’s never been a women’s college basketball player like Caitlin Clark. Actually, no: there’s never been any college basketball player like Caitlin Clark, Iowa’s history-making sophomore point guard. Her statistical achievements are exotic and sundry: she’s scored 1000 career points in just 40 games, making her the fastest player in Big Ten history to reach the millennium mark; she’s the only NCAA athlete ever to record back-to-back 30-point triple doubles; she’s the first woman this century to lead the nation in both scoring and assists, averaging 25.5 points and 8.1 helpers per game.

Clark’s prolificness is dazzling and nonpareil, but the bedrock of her game is easily identifiable: she’s a fearless shooter and a sensational passer. Just as Damian Lillard and Stephen Curry yank defenses apart with their respective shooting gravity, Clark fundamentally rearranges the other team’s defensive architecture. Although her raw three-point percentage is fairly low (she’s shooting 28.9 percent this year, down from 40.6 percent last season), make no mistake: she’s a sniper. Of her 8.3 attempted threes per game, nearly all of them are vertiginously difficult—she regularly fires from the logo with negative momentum after eluding defenders with sidesteps and stepbacks.

Even more important than whether she actually makes any given shot, though, is the way that she leverages her shooting. Despite not being an overly propulsive athlete, Clark is an elite finisher at the rim, shooting nearly 60 percent on two-pointers. Similarly, she’s able to pick out open teammates who slip free behind the defense while opponents double-team and aggressively hedge at Clark. At 6’0, Clark is the archetypal big guard and makes clever use of the passing windows that her size grants her access to; she’s a sound yet TikTok-able passer, alloying fundamental outlets and hit-aheads with snappy hook passes and behind-the-back dimes.

Entering the back-nine of her sophomore season, Clark has already accomplished nearly everything possible on an individual level—the only thing holding Clark back from unanimous National Player of the Year-dom is that her team hangs towards the bottom of the Top 25 rather than at the top. Accordingly, there are questions about whether Clark’s usage is congruent with actually winning at the highest level; Clark’s dominance of the ball and of the competition inherently means that her teammates are relegated to auxiliary roles. But that’s besides the point. This Hawkeyes team is heliocentrism pushed to its furthest logical extreme, but that’s welcomed when you have a star as bright as Clark.