A Day Practicing With The 2022 McDonald's All-American's 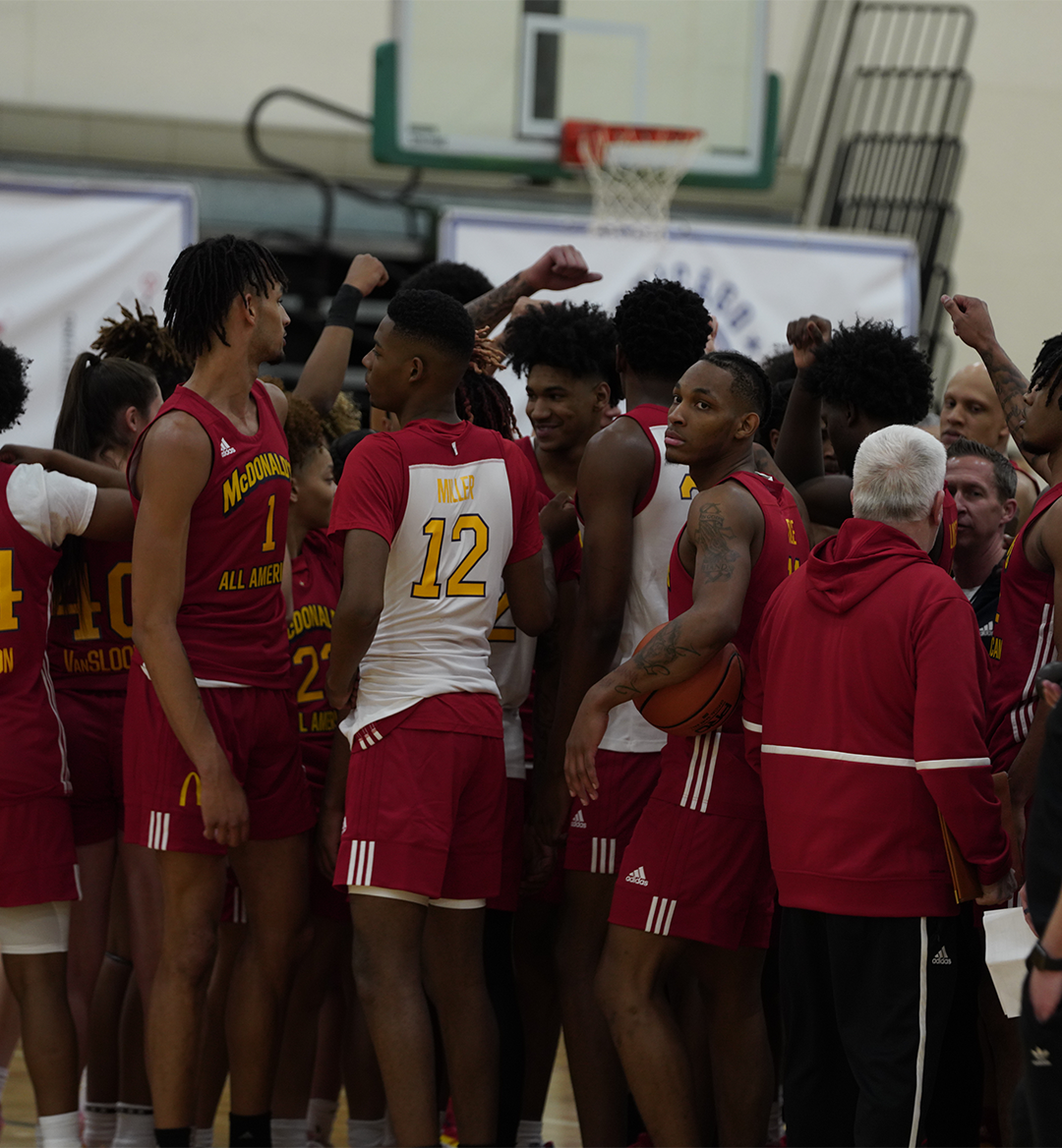 It’s 5:00 am and the sun hasn’t risen. My phone alarm begins blaring and immediately my fight or flight kicks in. Do I hit snooze and go back to sleep or roll out of bed? I had no option, it was time to get up. I groggily arose and dragged myself into the shower before heading to the McDonald’s All-American practice yesterday morning on March 27th. I have never covered any event in-person, so it’s no exaggeration when I tell you I was painfully anxious. As I make my 35 minute commute into the beautiful city of Chicago my anxiety slowly dissipates and by the time I'm in my seat my nerves have shifted to excitement. I look to my left and see a single file of chairs with around 40 scouts occupying them. I turn my head to the right and am met with the same image. That’s when the sudden realization hit me of the real type of pressure that’s on these 18 year old kids every time they step in a gym.

I don’t think “18 year old kids” is the right way to describe the 48 men and women selected to participate in this high school all-star event because they are far from kids. Most weekends these athletes are traveling the United States showcasing their skill to scouts and media at different camps, so this is just another walk in the park for them. I was blown away by the motors that these athletes possessed. We watched for two straight hours as they ran drill after drill. I don’t think we as media and fan’s really take the time to think about how much work these athletes really put in and the sacrifices they have to make to get to this level.

To get to this level you also have to possess the highest level of competitiveness. I enjoyed watching the girls practice because a lot of their drills had them competing against each other to avoid a punishment. Each side of six girls on their half of the gym had to hit six three pointers, and if they did first the other half would have to do push ups. One of these drills came extremely close and as the coaches whistled that the farthest side won, I saw future University of Tennessee forward Justine Pissott playfully but adamantly contest that they had won. The drive to win even a normal drill like that is what separates these athletes from the rest of the country playing basketball at their age.

Even with the pressure of having a gym packed with media and scouts as you take every shot, the most prominent thing I saw was the smile on these athletes' faces. Everyone protruded a sense of gratitude to be there and were more than happy to share that excitement with their teammates. I watched as guys like Dereck Lively II who will be a Duke Blue Devil and Chris Livingston a future Wildcat laughed and interacted as they gave each other advice. It’s that type of humility that shows the bonds and relationships athletes form with their graduating class.

I leave this practice with a new perspective on basketball players and young athletes in general. These athletes have never really had a break. The second they reach a national audience for their abilities on the court they are thrusted into this media and basketball circus that is almost never ending. The respect and admiration I have for these athletes has never been higher and I am so grateful for that experience.