The Miami Hurricanes are a Cinderella in Disguise 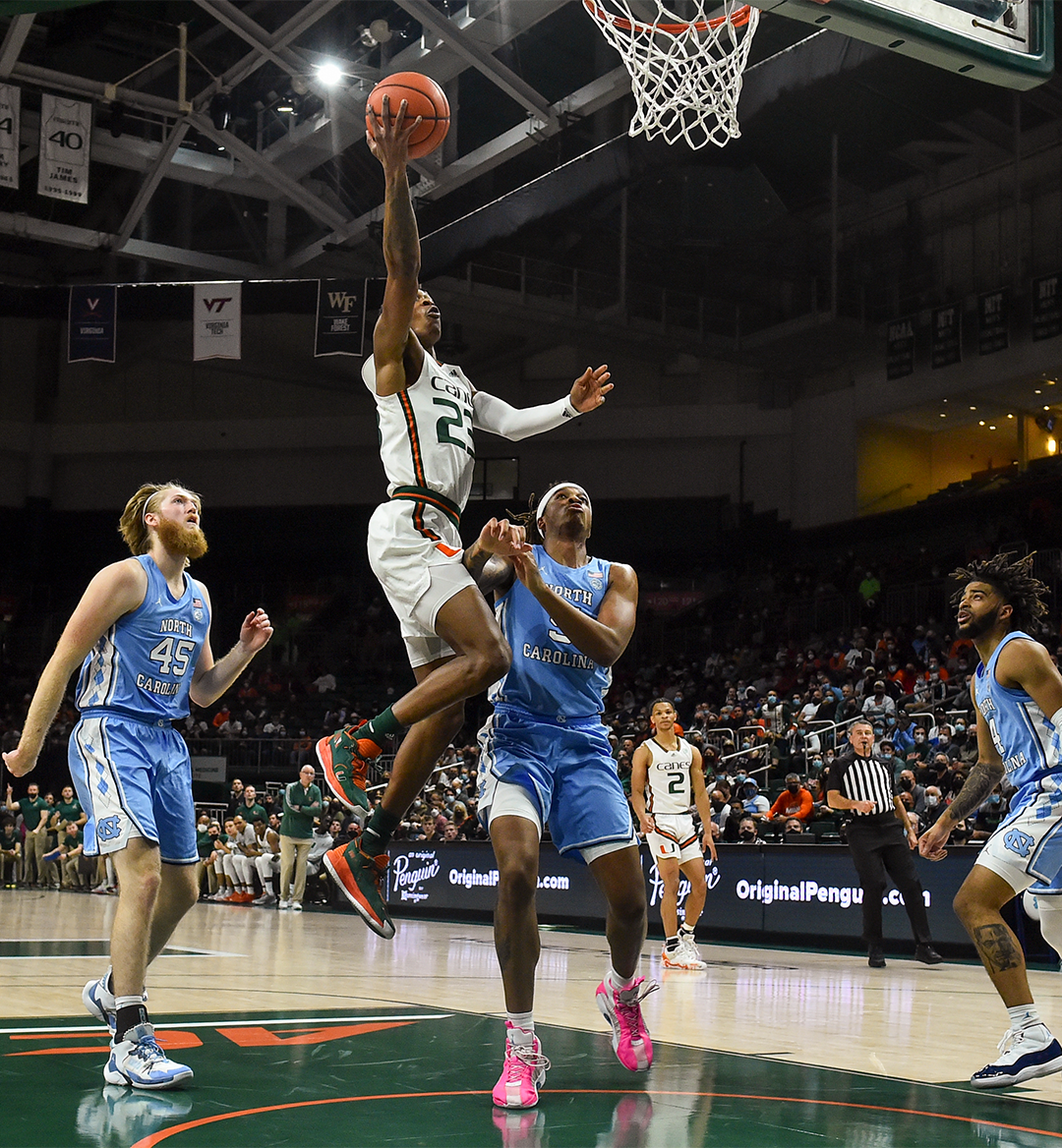 Whereas University of Miami football has traditionally been a phantasmagoria of sizzle and stardom, University of Miami basketball has decidedly not been that. Surprisingly, there isn’t much demand for a two-part 30 for 30 documentary about that one time Barry Larkin’s kid and a 25 year-old redshirt senior made the Sweet 16 in 2013. The Hurricanes have long resided in the ACC’s hoops lower middle-class, somewhere below the Clemsons and Virginia Techs of the conference but still squarely above Boston College and Pitt. Outwardly, this year’s ‘Canes team, which went 23-10 and finished fourth in the ACC, is an above-average outfit, if an unremarkable one. When you look deeper though, it becomes apparent that Miami has the potential to piece together the best NCAA Tournament run in the program’s history.

The 10th-seeded Hurricanes have a standard mid-major gestalt, but with high-major talent, relying more on their craftiness and braininess than their brute strength. Accordingly, their offense is spearheaded by guards Kameron McGusty, Isaiah Wong and Charlie Moore, who combine to form the deadliest backcourt trio in the tournament. It’s rare enough that a team has even one defense-warping playmaker on their roster; the Canes have three. In this sense, the Canes have the luxury of choice, the ability to prod and stress-test a defense with multiple weapons.

Beyond Miami’s backcourt, forwards Jordan Miller and Sam Waardenburg are both credible perimeter shooters, enabling the Hurricanes to maintain five-out spacing and coax opposing rim protectors out towards the perimeter. While the Hurricanes don’t have a true interior presence, their spacing allows them to score at the rim by committee. Since the Hurricanes almost always have five shooters dotting the three-point line, defenses have to vacate the paint, leaving them vulnerable to drives and cuts to the basket. As such, the Canes have the 20th best field goal percentage at the rim, despite being one of the smallest power conference teams; Miami defangs opposing rim protectors so thoroughly that the 5’11 Moore, 6’3 Wong and 6’5 McGusty are the engines of an offense that’s scored the 23rd most points in the pain in the entire country. The Canes may not have a Paolo Banchero-type presence down low, but they’re able to create a convincing simulacrum of one through their collective goodness.

Defensively, Miami isn’t good. In fact, some would even venture to call them bad; they simply don’t have the size to be much more than a mild inconvenience to opposing offenses. As a result, they’re 316th in opposing effective field goal percentage and 267th on the defensive glass. Still, their 141st-ranked defensive efficiency belies a very real and very important strength: they force turnovers like gangbusters. In conference play, Miami forced turnovers on 21.2 percent of their opponents’ possessions, which led the ACC. Paired with their own sure-handedness with the ball, the Hurricanes have one of the best turnover margins in the country, helping them claw back some of the possessions they lose by being a poor rebounding team.

In the muddled Midwest Region, Miami’s obvious strengths give them distinct, match-up specific advantages. Both the 7th seeded USC and 2nd seeded Auburn (Miami’s presumptive second-round opponent) derive their goodness from their size and defensive dominance in the paint, the exact trait that Miami is built to neuter. Ideally, Cinderella teams would have some blend of backcourt fire power, sterling turnover margins and excellent coaching. The Hurricanes have all three in spades. If a latent contender walks like a duck and quacks like a duck, it’s probably Sebastian the Ibis.