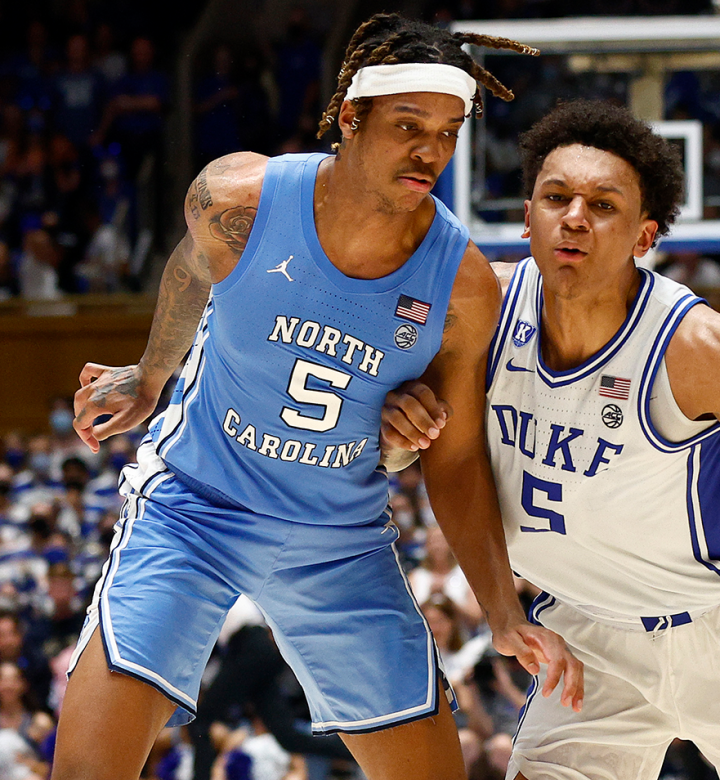 If the NCAA Tournament is March Madness, then consider this to be its pre-psychotic warm-up—in the run-up to Selection Sunday on March 13th, all 32 Division 1 conferences will stage their conference tournaments and reward the champion of their mini-fiefdom with a bid to the Big Dance. With tons of high-stakes games on tap over the course of six, this is the best and most disorienting part of the college hoops calendar. Luckily, we’re here to help. Here is our guide to the Atlantic Coast Conference tournament.

Duke (26-5, 16-4; -135 to win): In terms of pure talent, Duke is unparalleled; their entire starting lineup will be picked in the first-round of this year’s NBA Draft. Even after hilariously losing Coach K’s final home game against UNC, Duke easily won the ACC regular season title and has the conference’s best offense and defense. They’re on an entirely different level than the rest of the conference.

Wake Forest (23-8, 13-7; +1000 to win): After Duke, the rest of the ACC is pretty grisly, but the Demon Deacons are probably the best of the bunch. Presumptive conference player of the year Alondes Williams combines with Jake Laravia to form one of the most potent duo’s in the nation.  Despite being low pre-season expectations, Wake Forest should make their first NCAA Tournament appearance since 2017.

UNC (23-8, 15-5; +700 to win): This may not be a vintage UNC team, but it’s still a UNC team. Although the Tar Heels have gotten their teeth kicked in nearly all of their high-profile matchups, Saturday’s win at Duke offers proof of concept that this team’s ceiling is the roof.

Miami (22-9, 14-6; +1100 to win) : Led by the best conference’s best backcourt, Miami scores 114.7 points per 100 possessions, the second highest mark in the ACC. Still, the Hurricanes have struggled with inconsistency and have a tendency to play to the level of their competition; their three Quad 1-A wins are balanced out by their three Quad 3 losses.

Alondes Williams, Wake Forest: After three seasons as a little-used reserve at the University of Oklahoma, Williams was just named the ACC Player of the Year.  Averaging 19.3 points, 6.6 rebounds and 5.2 assists per game, the 6’5 Williams is a  forceful athlete and shot-creator whoo also doubles as an elite passer.

Armando Bacot, University of North Carolina: According to Coach K, Bacot is the best player in the ACC. Bacot may not offer a ton of juice as a shooter or ball-handler, but he’s brilliant at everything else. He’s huge with soft hands around the basket and impeccable rebounding instincts. Watching him, his 16.6 points and 12.4 rebounds per game somehow seem like they don’t totally capture his dominance; it feels like he grabs every single offensive rebound and then promptly dunks it. He’s a monster.

AJ Griffin, Duke: I don’t think he’s missed a jumper all season. Sneakily, he could be Duke’s best player.

Paolo Banchero, Duke: He was the top recruit in the country going into this season and he’s going to be a top three pick in the draft. You know who he is.

Blake Wesley, Notre Dame: A slinky, stylish scorer, Wesley is one of the most under-appreciated and overlooked studs in college basketball.