Starting Out in the Octagon: The 10 Most Impressive UFC Debuts 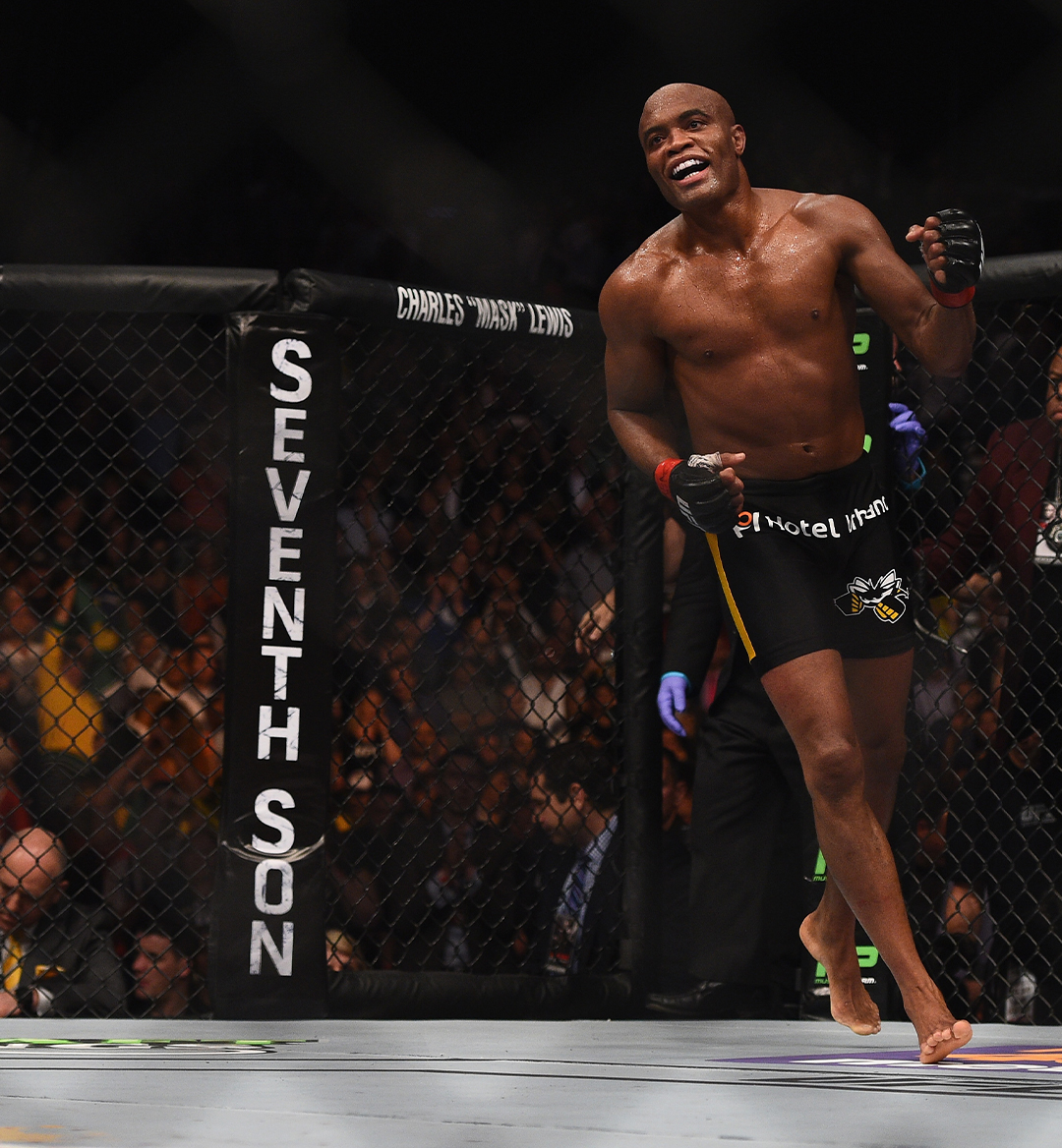 Top top prospects enter the NBA or NFL with oodles of hype, but UFC fighters don’t have that same privilege. Whereas a player like Travon Walker (the #1 pick in the 2022 NFL Draft) may face off with a superstar like Justin Herbert in just his third game, fighters need to work their way up the UFC ladder before becoming a big enough name to land on the top cards. Still, some fighters are so immediately and obviously gifted that they leave a lasting impression from their first fight. As such, these are those fighters. Here, the 10 most notable UFC debuts. 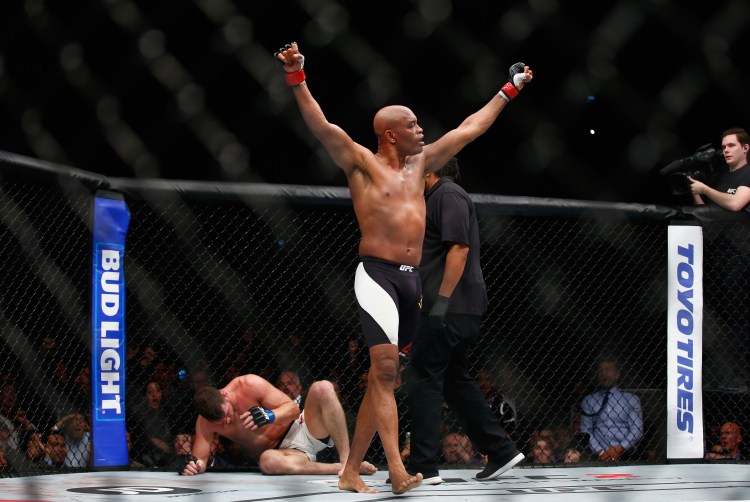 Having started his career on the now-defunct Pride Fighting Championship circuit, Silva joined the UFC after signing a multi-fight contract with them in April 2006. He made his debut a few months later, taking on Chris Leben, a fairly prominent fighter who won the first season of the reality show The Ultimate Fighter. As part one of the most impressive UFC debuts ever, Silva beat the stuffing out of Leben, landing 85% of his strikes and knocking him out with a knee strike after just 49 seconds. Following his decimation of Leben, Silva went on to become one of the best and most decorated fighters of all time, holding the Middleweight championship belt for 2,457 days, the longest title reign in UFC history. 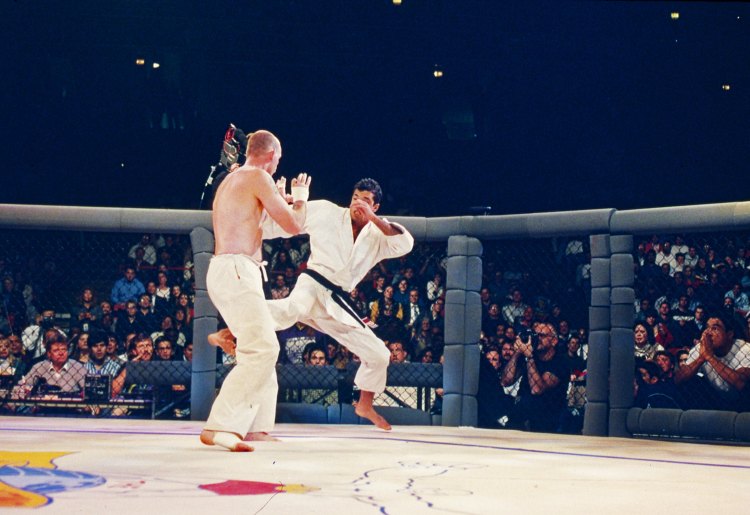 In its early days, UFC events were staged as openweight tournaments, bringing together the best fighters from several different disciplines to fight for the title of the Ultimate Fighting Champion. For the first event, the 6’0, 175 pound Royce Gracie (a member of the legendary Brazilian jiu-jitsu Gracie family) participated to show how his family’s techniques could succeed against opponents of any size. At UFC 1 in November 1993, Gracie took down three much larger opponents in successive order, demonstrating the grappling skills that his family had pioneered and mastered. As a result, Gracie established himself as one of the first UFC stars. To wit, his family's legacy makes him one of the most influential fighters as well. 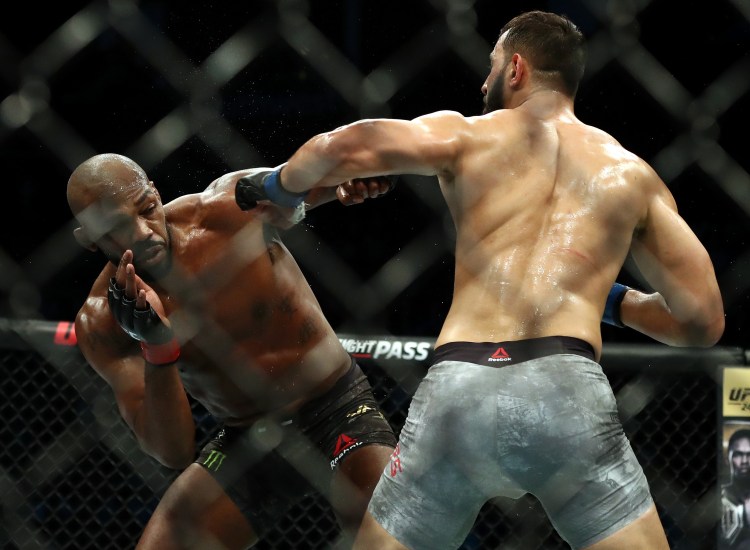 From the moment Jon “Bones” Jones stepped into the octagon, it was clear that he was different. While most UFC debuts take place after years of beneath the radar preparation and training, Jones agreed to his first fight on two-weeks notice, just three months after he began competing in mixed martial arts; he fought at UFC 87 in August 2008 after turning pro in April of that same year. Although Jones couldn’t secure a knockout, the skills and moves (such as his signature spinning backhand) that made him such a sensation were immediately on display. Over the next few years, Jones would go 26-1, as the youngest and most dominant UFC champion. Unfortunately, his career was derailed by a series of failed drug tests. 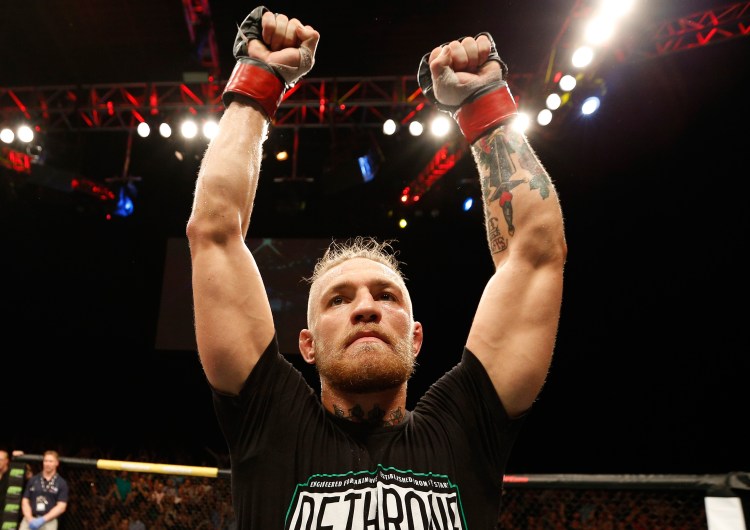 Before he became the Notorious CMG, McGregor was a buzzy fighter on Ireland’s Cage Warriors MMA circuit. Back in 2013, UFC head Dana White signed McGregor during a visit to Ireland. In doing so, White kicked off the career of one of the UFC’s most famous (and infamous) figures. In April 2013, McGregor took on Marcus Brimage in his UFC debut. Within minutes, McGregor quickly punched him out. As a result, McGregor’s profile exploded soon thereafter, catapulting him from relative anonymity to global stardom. Predictably, his success in the cage paired with his gregarious personality made him the first crossover UFC star. At his peak, McGregor was the rare fighter who could capture the public zeitgeist beyond the octagon. At this point, McGregor’s celebrity status may even exceed his considerable fighting talents, which is a testament to both his self-promoting prowess and his UFC record. 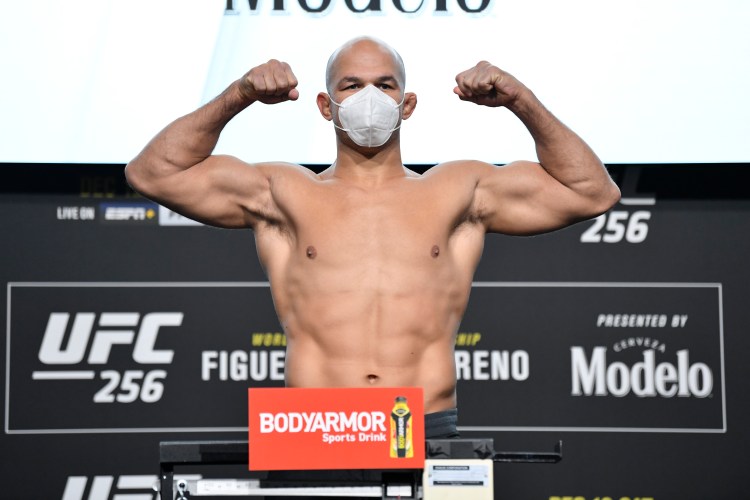 Entering UFC 90 in October 2008, nobody seriously expected Dos Santos to win. At the time, he was a relative unknown, facing Fabricio Werdum, who was considered one of the best heavyweights in the world. Still, Dos Santos shocked the world by making quick work of Werdum. In fact, he won the fight in just 80 seconds with a first-round TKO. As a result of his dominant showing against Werdum, Dos Santos was put on a fast-track to UFC stardom and claimed the heavyweight belt just three years later. 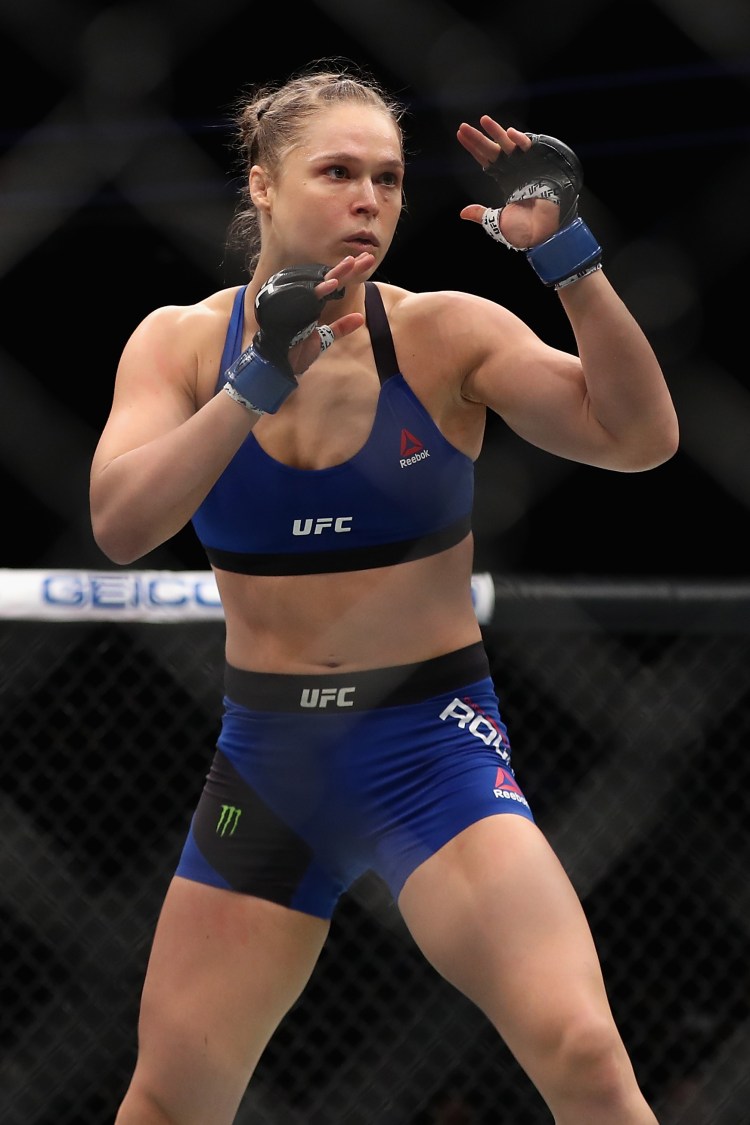 Like Anderson Silva, Rousey was already an established fighter by the time she joined the UFC; thanks to her Strikeforce success, she was a massive -1000 favorite at UFC 157, which is unprecedented in UFC debuts. Making history at the time, Rousey became the first woman to ever headline a UFC event in February 2013 after UFC bought Strikeforce. Rousey handled Liz Carmouche without too much difficulty, winning the match with her signature armbar submission.

Before he became one of the most popular fighters in the UFC, Nick Diaz was once just an unknown, small-time scrapper from Stockton, California fighting on preliminary cards. UFC 44 in September 2003 was a glamor event, headlined by big-name fighters; Diaz wasn’t one of them—his fight was the second on a nine-fight preliminary card during the middle of the afternoon. In an exciting, close fight, Diaz finally put down Jackson with an armbar in the final round, sealing an emotional win just days after his girlfriend committed suicide. 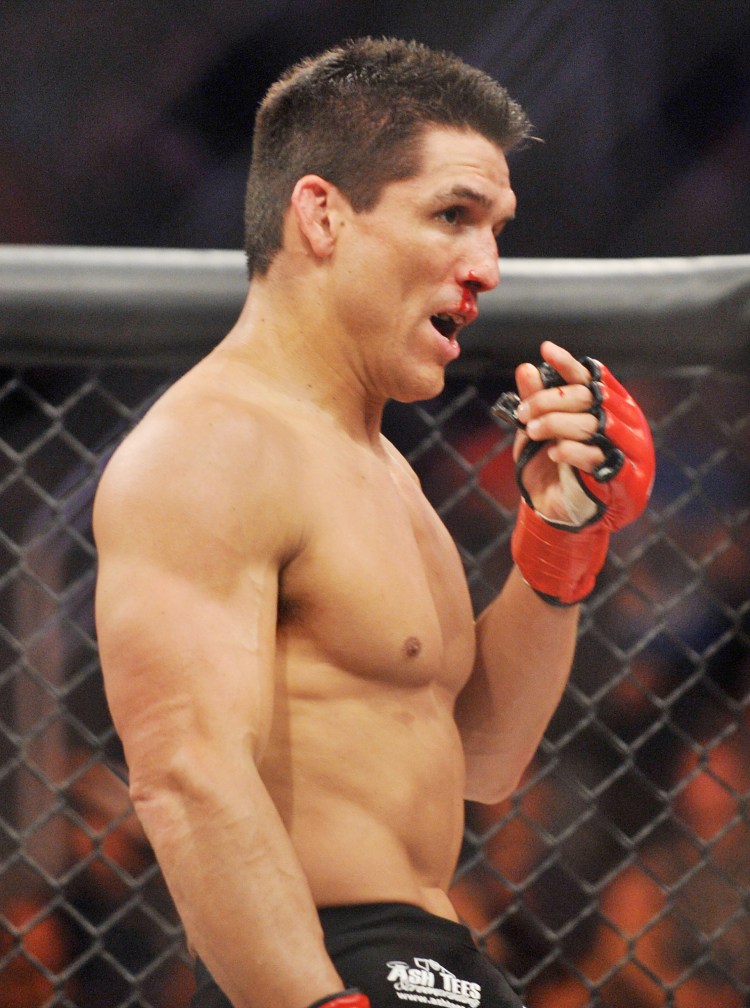 The younger brother of early UFC star Ken Shamrock, Frank had one of the most eye-opening UFC debuts of any fighter in July 1997. Despite entering the fight as a heavy underdog against Kevin Jackson (the 1992 Olympic gold medalist in wrestling), Shamrock forced Jackson to tap out in just 16 seconds. From there, Shamrock would go on to equal and even surpass his brother’s accomplishments, although the two sadly never got to go head-to-head in the octagon. 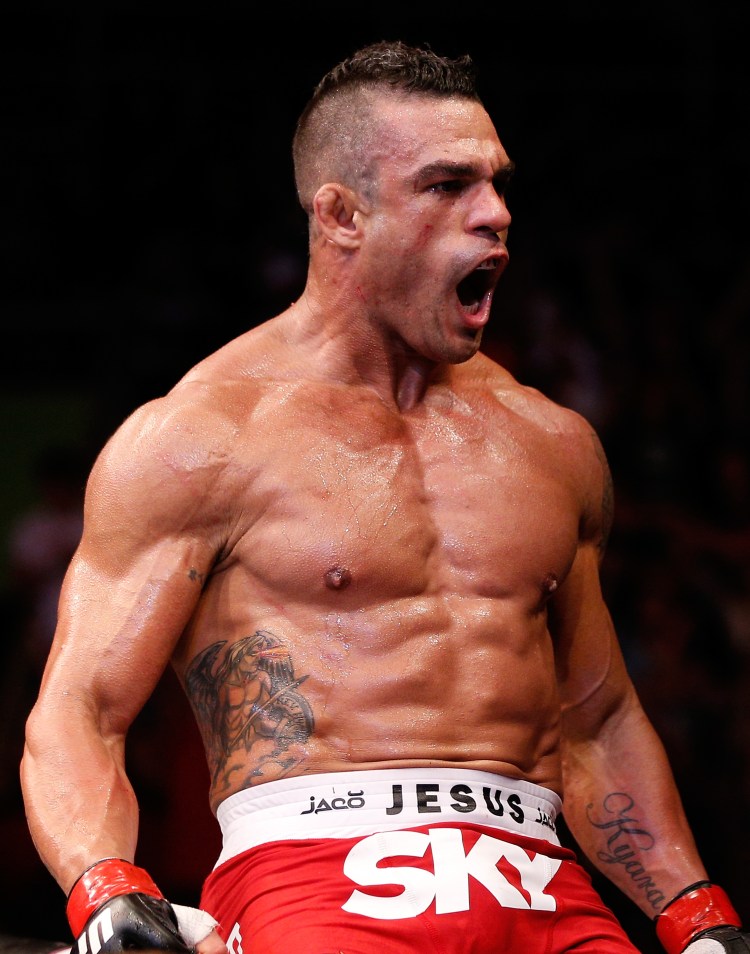 At just 19 years-old, Belfort became one of the youngest fighters ever to make their UFC debuts. What's more, he became one of the youngest heavyweight champions ever. While participating in one of the last tournament-style cards that the UFC would set up, Belfort made mincemeat of his two opponents, TKOing both Telligman and Ferrozzo in a grand total of 120 seconds. Although Belfort’s peripatetic career that featured pit stops in PRIDE, Strikeforce, Cage Rage and Affliction prevented him from becoming an inner circle UFC legend like other fighters on the list, he’s still regarded as one of the finest mixed martial artists of the last few decades.

Crossing over from the Strikeforce promotion in 2013 after a half-dozen fights, Cormier made his UFC debut a memorable one. Taking on Frank Mir, Cormier held off the former heavyweight champ to secure the victory after the fight went the distance. Accordingly, Cormier cemented his reputation as one of the top heavyweights in the promotion, which was made even more impressive by the fact that he was a newcomer to the UFC. Building on that statement-making April 2013 fight, Cormier would go on to become one of the most accomplished and unique fighters on the circuit. He’s one of just two fighters to hold titles in two different weight classes simultaneously, claiming the light heavyweight belt in 2017 and then the heavyweight belt in 2018. What’s more, he’s also the only fighter to successfully defend his belt in two weight classes.