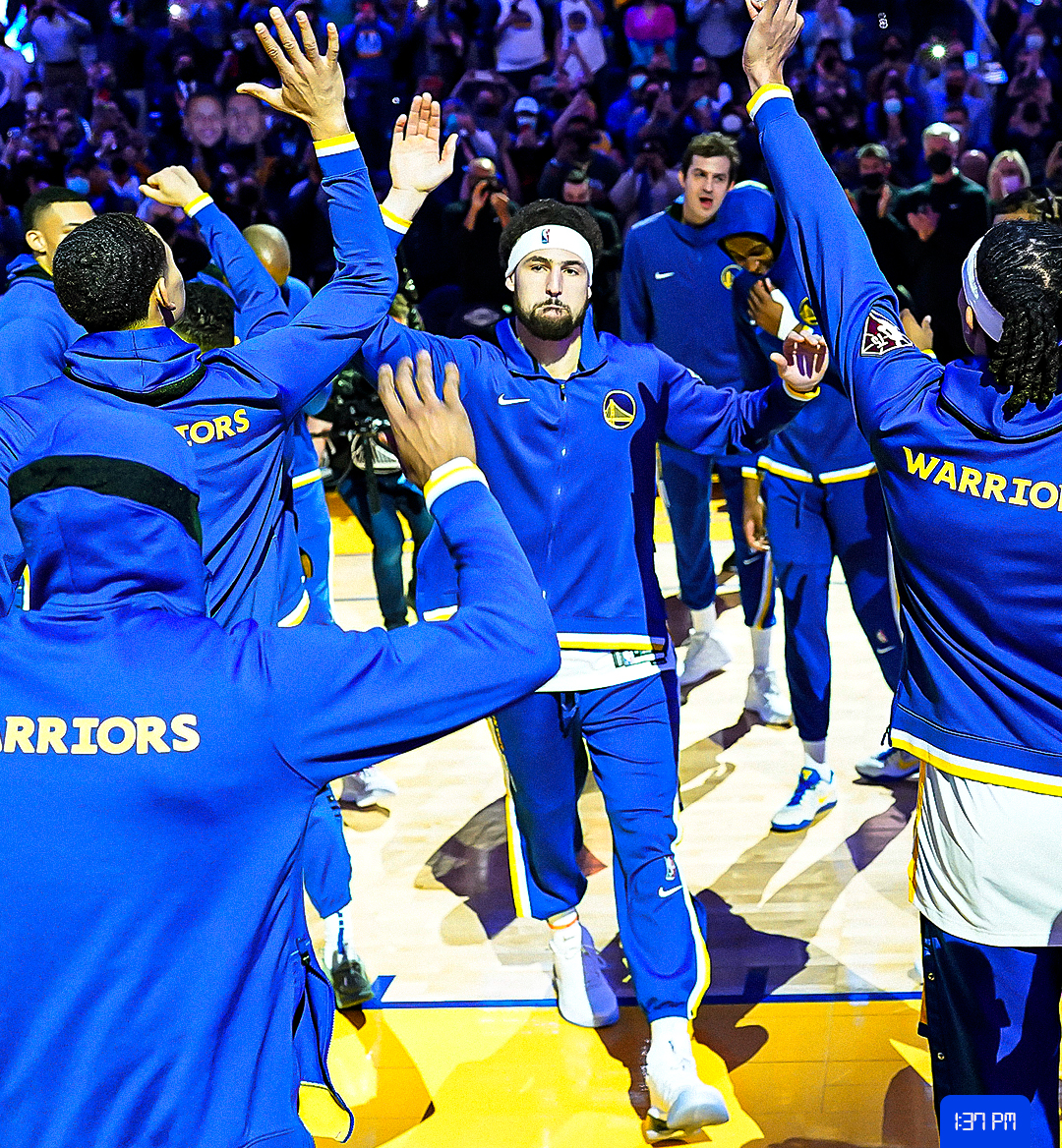 With the holiday season and the wave of Covid disruptions (hopefully) behind us, the first week of 2022 delivered some thrilling NBA action, Klay Thompson played in his first game in two and a half years and looked as if he never left. The Memphis Grizzlies and Ja Morant and bulldozed their competition, stretching their win streak to nine consecutive games. Down below are my four takeaways from the NBA's latest week in action.

For the first time in 941 days, Steph Curry's fellow Splash Brother returned to action, and it seemed like the old times again. In his first game since the 2019 Finals, Klay Thompson rediscovered his rhythm and scored 17 points in 20 minutes as his Golden State Warriors defeated the Cleveland Cavaliers, 96-82.

As previously mentioned when discussing what to expect from Thompson in his return, the All-Star shooting guard the Warriors' offense a new dimension. He was fluid in his movement without the ball, successfully drove to the basket (even punctuating his return with an uncharacteristic dunk in traffic), and was sound on defense.

The Grizzlies are entering the conversation of title contenders

The Grizzlies have been dominating since Thanksgiving 👀 pic.twitter.com/XsT67FaYCT

It's becoming a distant memory when some people thought of the Memphis Grizzlies as a playoff team, who would be fodder for an exciting yet predictable first-round exit. Instead, the Grizzlies, who are three and a half games out of first place in the Western Conference, are forcing their way into the conversation about the league's title contenders.

Led by rising MVP candidate Ja Morant, the Grizz succeed because their depth and athleticism have produced the league's No. 1 defense over the past six weeks (Allowing 101.8 per 100 possessions).

Don't count out the Heat to lead the East

Monty Williams talked about how the Heat are a dangerous team no matter who's playing because of Spo, their system and their culture.

This is an extreme example with so many key players out, but Miami sure is showing it right now

Despite experiencing many injuries and a schedule that had them play 25 of their first 41 games on the road, the Heat are the third seed in the Eastern Conference-- only two and a half games out of first. So what can happen next? A realistic run to the NBA Finals.

With Jimmy Butler and Bam Adebayo eventually making their return to the starting lineup, the Heat have all the necessary talents and coaching to challenge for the Eastern Conference crown, just as they did in the Bubble over a year and a half ago.

The Nets get Kyrie back but are still struggling

If you watch the Nets, they do not feel like this super team. They very much feel lke “KD carrying a bunch of dudes and sometimes Harden is nice and Patty Mills is good”

Even if the season debut of Kyrie Irving (who will only play road games because of NYC's vaccination mandate) reignites the second-seeded Brooklyn Nets, it doesn't fully erase their struggles over the last two-plus weeks. their struggles over the past two-plus weeks. Besides a rousing fourth-quarter comeback against the Pacers or rookie Cam Thomas's game-winning floater against the Spurs on Sunday, the Nets have been fairly listless, losing four out of their previous six games.

And although every team has stretches where they play below their standard, it still feels as if we haven't watched the Nets play their best basketball yet. But, with Irving now in tow and Durant still in MVP form, maybe that isn't a bad thing.