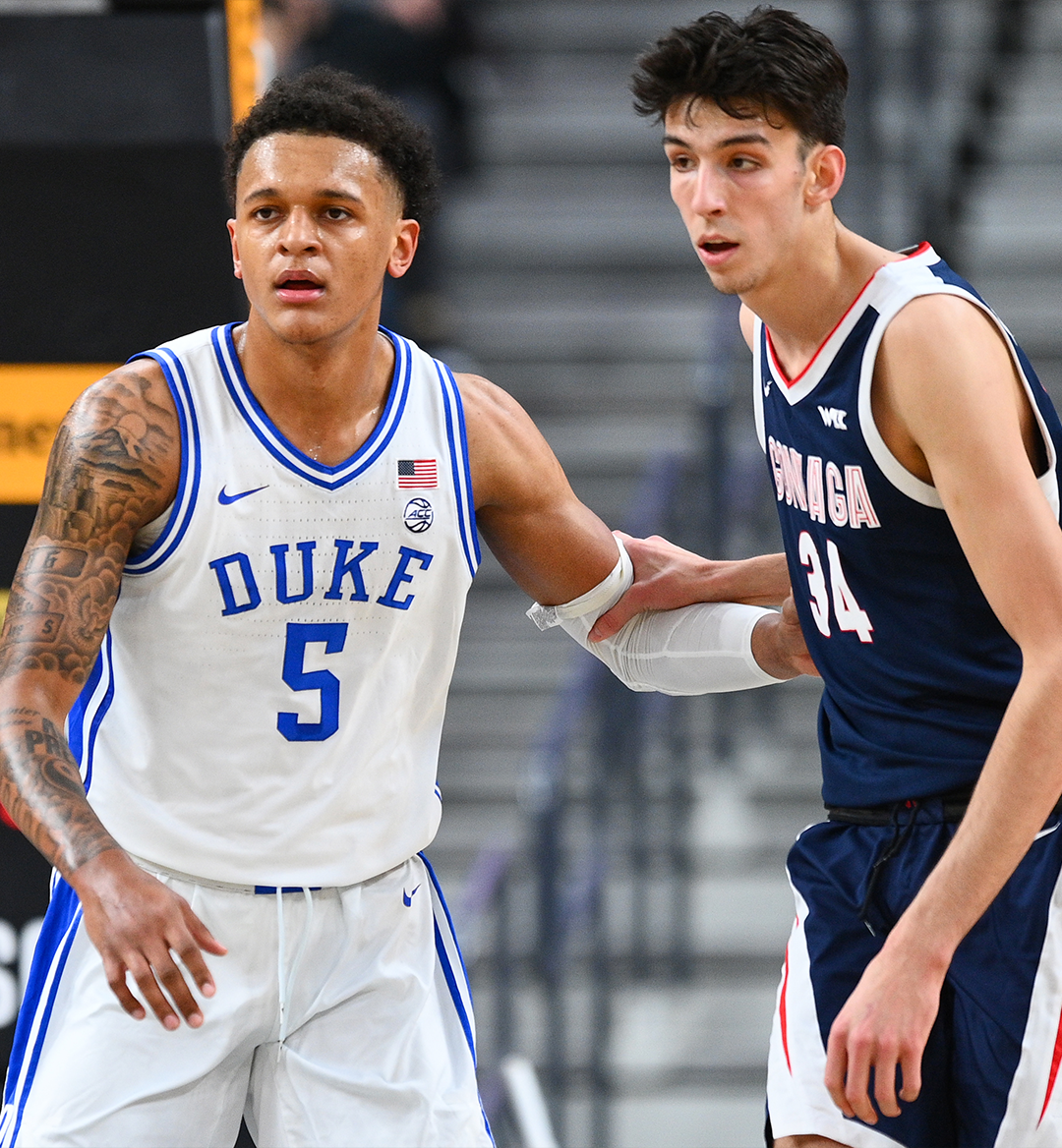 Tucked away in Spokane, Washington, Gonzaga (1 seed) has somehow become the premier program in college hoops. Since 2013, the Bulldogs have won the most NCAA tournament games of any team and transcended the West Coast Conference to become a national superpower. Last year, Gonzaga put together one of the greatest teams in modern college basketball history; they went 36-1 with that lone loss coming against Baylor in the Championship game. This year’s team isn’t quite at that level, but it was still the most dominant team in the country during the regular season by any conceivable metric; KenPom has their adjusted efficiency margin pegged as 5.5 points per 100 possessions better than any other team in the country. Although this team is tremendously balanced (all five starters average more than 10 points per game), the Zags’ real strength lies in their frontcourt—freshman big man Chet Holmgren is an all-world rim protector who shoots 41.2% from 3 and is the consensus favorite to be the first pick in the 2022 NBA Draft, and yet he’s still second-banana on the team to All-American center Drew Timme. Still, Gonzaga has dropped games against teams that can match their size and athleticism, losing to Duke and Alabama in November and to St. Mary’s in their last game of the regular season

If Gonzaga is the best team in college basketball, Duke (2) is undoubtedly the most talented. Come June, it seems likely that Duke’s entire starting five will be selected in the first round of the NBA Draft, with Paolo Banchero and AJ Griffin both going within the first seven-ish picks. Blitzing their way through an overmatched ACC during Coach K’s farewell tour, the Blue Devils are a phenomenally powerful and physically dominant squad, albeit an inconsistent one as well. Depending on the night, Banchero either looks like Duke Jabari Parker or Boston Celtics Jabari Parker; AJ Griffin is a turbo-charged sharp-shooter, and yet he’s often invisible down the stretch of games; the jumpers and defensive intensity of Wendell Moore and Trevor Keels wax and wane. Ominously, Duke has lost two of their last four games by double digits, sullying Coach K’s last game at Cameron Indoor Stadium against archrival UNC and then getting sliced apart by Virginia Tech in the ACC Championship game.

While Gonzaga and Duke deservedly hog the headlines, Texas Tech (3) is a no-nonsense juggernaut with the best defense in the country. In his first year as the Red Raiders’ head coach, former long-serving assistant Mark Adams has constructed a stingy, terrifying defense. “No-middle” has long been the prevailing defensive philosophy in Lubbock, but this year’s team transforms that into an immutable rule; the Red Raiders hermetically seal off the paint, allowing the fewest rim attempts per 100 possessions of any team in the NCAA Tournament. Offensively, Texas Tech is fairly pedestrian, but the individual gifts of transfers Bryson Williams, Davion Warren and Kevin Obaner help keep their attack aloft.

After starting slowly, Arkansas (4) has been among the 10 best teams since January 9th. No team in the country plays as fast nor as furious as the hogs, who surround their lone big man, Jaylin Williams, with four frenetic, aggressive guards and wings. Defensively, the Hogs have the third best defense in the country during their recent torrid stretch, ranking third in the nation in adjusted defensive efficiency over that span. In particular, they’re elite pressuring the ball and force turnovers on more than 20% of their opponents’ possessions. Offensively, All-American senior guard JD Notae keys their attack and scores nearly 20 points per game. On the whole, the Hogs struggle to score in the halfcourt and are among the 50 worst three-point shooting teams in the country, but their shooting struggles are leavened by their ability to score in transition and get to the free throw line.

New Mexico State (12) has potentially the best wing in the region in Teddy Allen, their superstar shooting guard. As a unit, the Aggies are huge and physical, with not a single rotation player standing shorter than 6’4. They are the rare mid-major team that will not be at a stark athletic or size disadvantage against their power-conference opponent; the fifth-seeded UCONN Huskies are the best offensive rebounding team in the country, but the Aggies aren’t so far behind, ranking 33rd in that same metric. Really, though, the Aggies’ upset potential is the result of Allen’s greatness. If he plays well, they have a very real shot to win. It’s that simple.