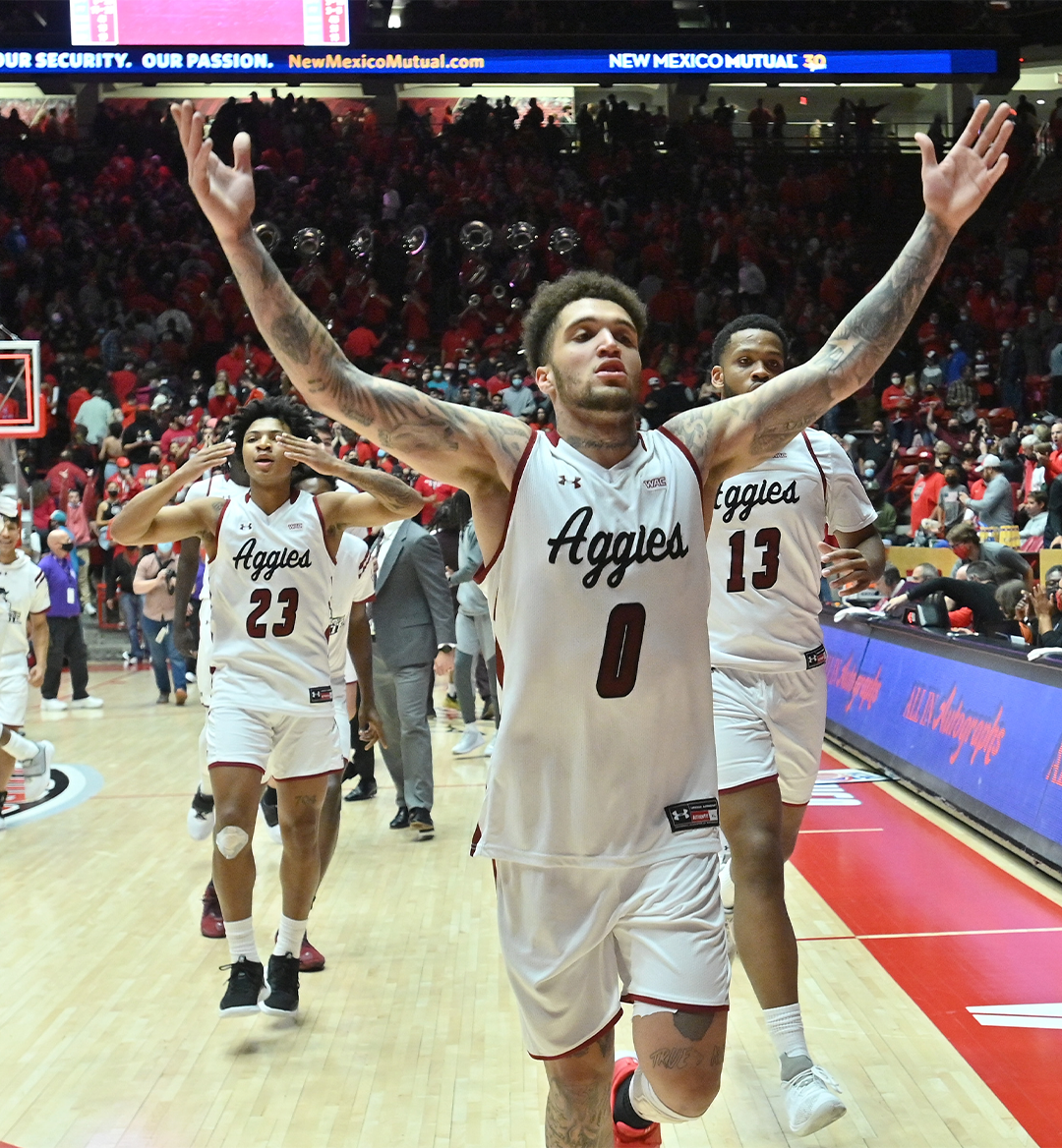 For Teddy Allen, New Mexico State’s talismanic guard and the 2022 WAC Player of the Year, all roads lead to getting buckets. During his peripatetic, five-year, five-school tour through college basketball, the sole constant has been that he’s remained a lethal scorer. At West Virginia as a true freshman, Allen topped 20 points on three occasions, despite averaging under 12 minutes per game; at Western Nebraska Community College, he put up 31.4 points per game, leading the entire National Junior College Athletic Association in scoring; at Nebraska, he notched an All Big Ten honorable mention and his 16.5 points per game ranked sixth in the conference. And now, at New Mexico State, his 19.3 points per game and inertialess confidence give the 12th-seeded Aggies a gunner’s chance to bust brackets in the NCAA Tournament.

Allen plays like he considers Kobe Doin’ Work to be a foundational text for modern cinema. While he doesn’t have electric, jolting explosiveness to the rim, he’s a superlative shot-maker. What’s more, Allen is not just an accurate and efficient shooter, he’s an ace shot-creator as well; of his 121 two-point field goals this season, only 20% of those were assisted by a teammate. Accordingly, it’s easy to imagine Allen riding a wave of ballsy, contested pull-up jumpers to mainstream stardom like Johnny Juzang, Max Abmas and Buddy Boeheim did last year. Since New Mexico State isn’t an especially good 3-point shooting team, Allen has become comfortable operating within tight spaces. At once slippery and sturdy, he pairs lithe ball-handling with a 222-pound frame allows him to weather contact without too much disruption.

For Allen, the NCAA Tournament is interesting not just because it’s the biggest game that he’s ever played, but because it’ll represent the first game in four months where it feels like Allen truly belongs—his goodness is so refined that it was jarring to see it displayed in cramped WAC gyms with roll-away, auxiliary bleachers. Low mid-major basketball is certainly full of good players, but even those guys carry some sort of obvious deficiency; for the most part these players wouldn’t be plying their trade at Tarleton State or California Baptist if they were guaranteed, unmissable stars. This is traditionally the realm of feisty, free-spirited 5’10 point guards or girthy 6’8 post-scorers, not 6’6 shooting guards who could walk into any NBA regular season game and score double-digit points without too much consternation.

Against UCONN, Allen will still probably be the best player on the court. In fact, if the Aggies have any hope of beating the Huskies, it’ll be because Allen is, undisputably, the best player on the court. He’s the rare defense-agnostic scorer, the kind of player whose performance is almost independent of the competition. Every shot Allen takes is already supremely difficult and born from his own immense self-belief, so there’s only so much added discomfort that even the best defenses can offer. Although UCONN has two All-Big East First Team players in RJ Cole and Adama Sanogo, Allen’s clarity of purpose—that is, score a ton of points in increasingly demoralizing ways—stands alone not just in this game, but in the whole tournament, at large.