Nettie Is Pickleball's Most Stylish Brand 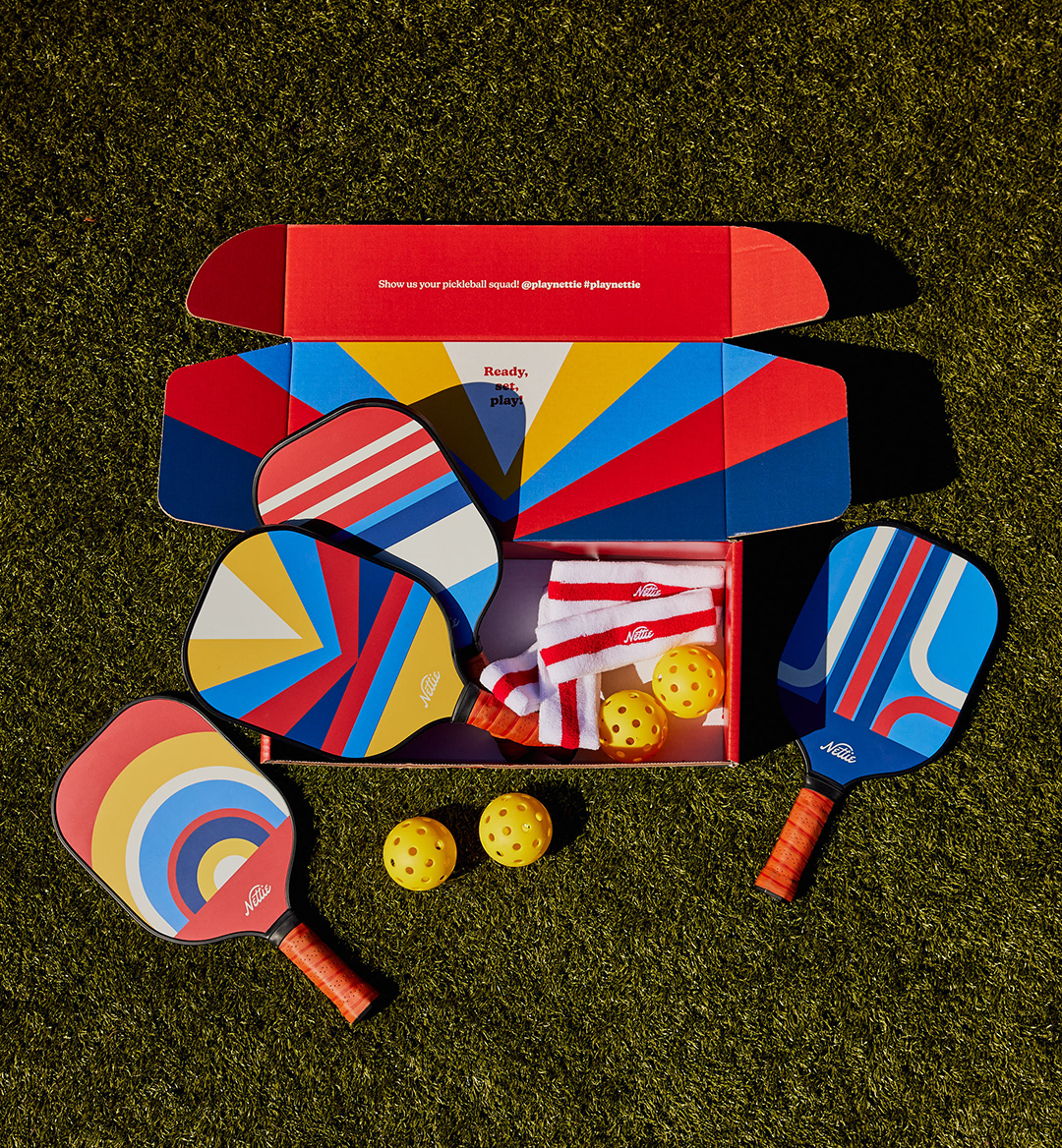 Pickleball is in a weird spot. On one hand, it’s become an immensely popular sport, attracting an ever-growing and ever-diversifying player base across the country. On the other, it’s still a fairly niche activity, treated as an amusing little curio by the powers that be; there’s not exactly a pickleball analogue for Jordan Brand or Yeezy. Suddenly, there’s a huge demand for pickleball stuff, but not much grassroots effort to provide the corresponding supply. This is where Nettie, an upstart pickleball paddle and equipment company, comes into play.

Founded in 2021 by Catherine Baxter, a former director of development at Planned Parenthood, Nettie aims to satisfy the needs of the everyday pickleball player because it was created in response to the needs of everyday pickleball players: this is a fun game, so it should have the equipment to match. Whereas other pickleball gear is purely performance-focused or adopts a neon-y, Monster Energy Drink-like aesthetic, Nettie traffics in bright primary colors; each paddle is a sunburst of color, like a Josef Albers print put on shuffle.

During the spring of 2020, Baxter became interested in pickleball when her soon-to-be in-laws began playing pickleball in the living room of their New York City apartment. In 2021, Baxter moved to Cincinnati and saw the true extent of pickleball’s reach; although pickleball is most commonly associated with sun belt retirement communities, Cincinnati is home to a vibrant pickleball scene with breweries hosting pickleball events for the public. And so, Nettie, the first pickleball lifestyle brand, was born.

Last week, ONE37pm sat down with Baxter to talk about her unlikely journey to become a pickleball entrepreneur. 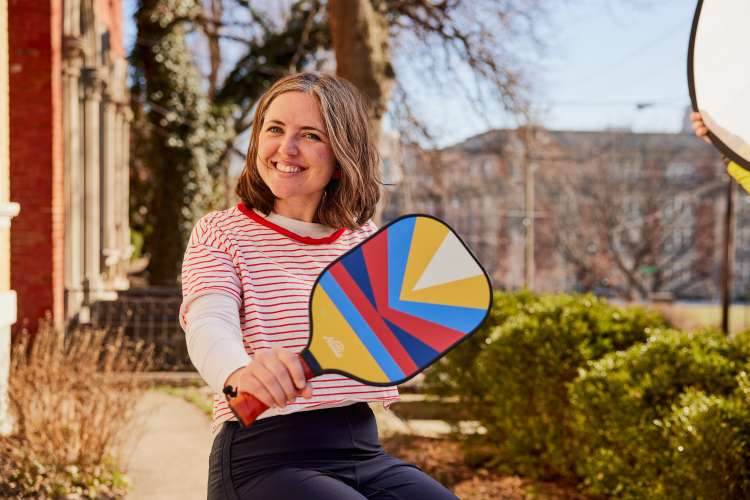 Catherine Baxter: It’s kind of a classic pandemic story of both pickleball and entrepreneurship. My fiance’s parents are obsessed with pickleball and used to play down at the Jersey Shore. So during Covid, they made a little pickleball court in their Greenwich Village apartment and it’s not like they had a ton of space: they had had to move their couch to fit in the court and the sound barrier. When they told me about it on Zoom, it caught my attention because it was really cute and charming, but also because it spoke the way that a lot of people really love pickleball, which is something that I didn’t quite realize before. And then once I started playing more, my interest in the game kept growing—I’m not exactly the most athletic person ever, but pickleball is the rare game that’s really accessible for all ages and skill levels.

ONE37pm: Where do you see Nettie providing value in the pickleball space?

CB: I saw a gap in the market for a brand that was reflecting the fun and joy of pickleball. It felt like most brands were really focused on performance and the tournaments and the strong competitive side of the game, but that didn’t necessarily align with the much more casual and recreational way that the people I knew were playing. I wanted to create a paddle that matched the vibe of the game–something that was cheery and sporty and had a kind of '60s and '70s look.

ONE37pm: What inspired the paddle designs?

CB: I don’t actually have a graphic design background; I’d say I have a story-telling background. Previously, my career was in social impact entrepreneurship, that helps people develop leadership and trains them to think differently about their experience. So through that, I learned a lot about messaging and how to create something bigger from a small idea. I found a great graphic design team and we kind of had a mind-meld on a vision for a colorful, Americana, retro brand.

Our four paddles right now all have a story behind them. The Bedford draws inspiration from the subway maps in New York City, where I lived when I created Nettie and where my fiance’s parents live; the Bainbridge adopts the color palette of the Pacific Northwest, which is where pickleball was invented; the Ashbury is based on the Haight-Ashbury neighborhood in San Francisco and the abundance of outdoor activities and play that I did there when I lived in San Francisco; the Pendleton draws from all the bridges in Cincinnati that go over the Ohio River.

CB: The plan is probably that each collection will fit into a different idea. I’m thinking about the different eras of sports and what they each feel like. What does it look like? What are the colors like? What are the different signs and symbols that we can incorporate into our designs? Ideally, the paddles will make you smile, but it’ll also be a good product that you can win with. The main thing, though, even beyond the design or performance, is that I want to create something that makes people happy.