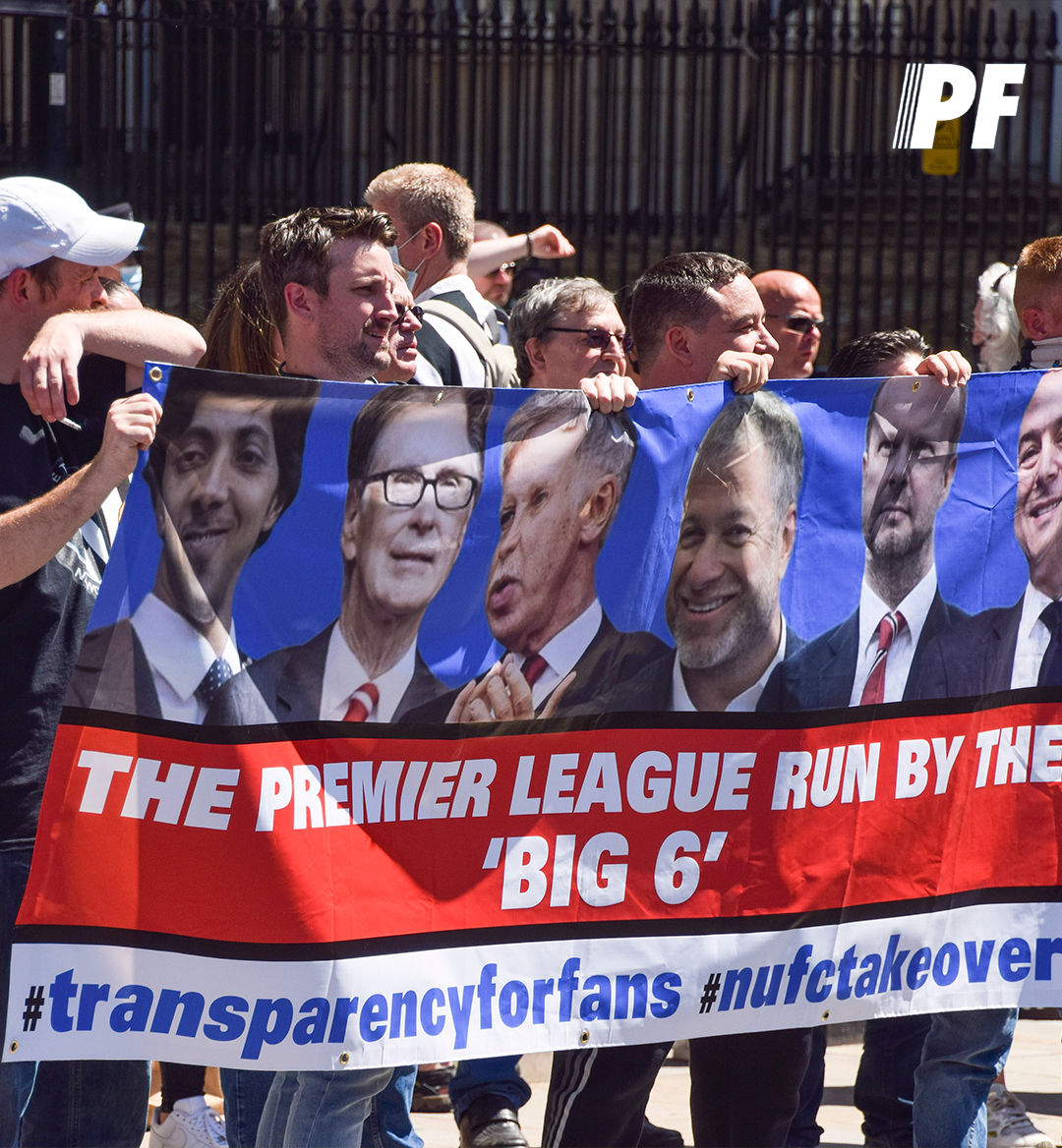 Earlier this year, football came to a literal halt when Manchester United supporters stormed Old Trafford in protest over the club’s ownership group led by Jay and Avram Glazer.

The issues fans had for some time spilled over after reports of a European Super League drew closer to becoming a reality. Manchester United was one of six Premier League sides involved in the ESL talks alongside Arsenal, Chelsea, Liverpool, Manchester City and Tottenham Hotspur.

It wasn’t just United supporters though that were outraged by the situation. Some of Europe’s most historic clubs were involved with the plans, and yet with the voice of the supporters the deal fell through for the time being.

The Premier League has some of the most valuable clubs in the world, including several of the teams mentioned above, and England is about to have another team in the mix very soon it appears.

On Thursday, Newcastle United -- founded in 1892 -- is expected to announce its completed deal with a Saudi-led ownership group valued at over $300 million.

English businesswoman Amanda Staveley is featured in the takeover as well, and played a similar role in 2008 when Manchester City was purchased by Sheikh Mansour of the Abu Dhabi royal family.

There are a lot of layers to the story, but the most important one being that the Premier League could finally see one of its most valued clubs back in the competitive mix in England’s top flight.

Over the past decade, Newcastle has bounced back and forth between the Premier League and Championship, while the Magpies’ only successful season in the top flight came in 2011/12 when the club managed to finish fifth and qualified for Europa League the following season.

Newcastle supporters have been starving for an opportunity for a new ownership group to come in and replace Mike Ashley -- whose opposition at the club has been heavily documented over the years.

The Sports Direct CEO had been riddled with criticism for not speaking publicly about the club’s struggles and actually took eight years to give his first televised interview about the state of Newcastle and his intentions as an owner.

In May 2015, Ashley spoke with Sky Sports where he famously said he wouldn’t entertain the idea of selling the club until they “win something.”

Maybe under new ownership that will change, but that brings the situation to another complex issue.

When does a club or the fanbase itself sacrifice its morals for winning?

The new group, led by a Saudi Arabian consortium, will quickly join the likes of Paris Saint-Germain as one of the wealthiest ownership teams in global sport.

The situation mirrors that of PSG, which have become a global brand in the span of a decade with notable players like Lionel Messi, Kylian Mbappe, Neymar and Zlatan Ibrahimovic all gracing the Parc des Princes.

Significant brand deals have come about to further that push, including Nike’s Jordan Brand, as well as Dior and various fashion companies throughout Europe.

The opportunities are certainly there for a club like Newcastle with its newfound wealth, but the publicity also creates a negative spotlight at times.

Amnesty International has called for the Premier League to reject the Saudi-led bid due to “appalling” human rights issues that have been well documented throughout the years.

Various reports continue to document mistreatment of women, freedom of expression violations, as well as a lack of a formal penal code which has allowed the country to enforce mass executions and other unsavory practices.

That hasn’t stopped Newcastle United Supporters Trust (NUST) from expressing their interest in the takeover though, with over 98 percent of those polled in favor of the move.

For the Premier League, it also presents a huge opportunity for growth in the Middle East, with one of the previous hang ups in a deal presented by the feud between Saudi Arabia and beIN Sports -- a Qatari-led company with direct ties to PSG.

That feud has suddenly changed drastically though. Qatar had previously launched a $1 billion arbitration suit against the Saudis over its blocking of Premier League rights in the region, but that has been dropped with the news of the Newcastle takeover.

The attention will now turn to Newcastle though once a deal is officially announced and bring the club back into the Premier League spotlight for the first time in years.

Reports already suggest that the club is looking to replace manager Steve Bruce in an attempt to draw in greater talent on the pitch once the transfer window opens in January.

Time will tell if the Magpies can climb towards the top of the table a la Man City and spark a revived belief in the organization.