Nike has added some extra drip into these hardwood threads that are bound to turn heads. 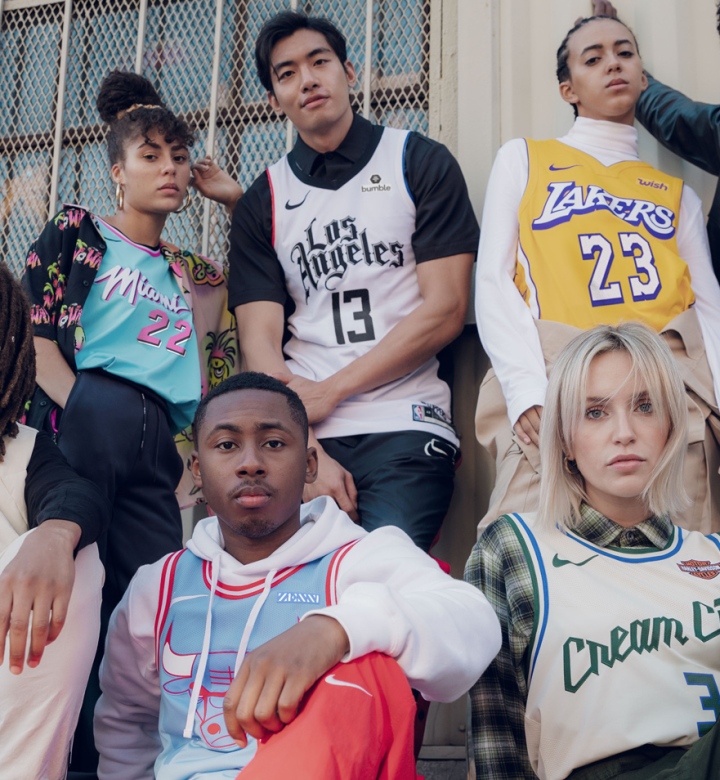 Just when you thought Nike couldn’t outdo themselves with last year’s collection, they came back better than ever with new, exclusive colorways of the NBA’s City Edition jerseys. The league’s official supplier of everything hoops reached out to their local ambassadors to come up with a look that perfectly represents the voice, culture and lifestyle of each fan’s favorite franchise they would proudly root for. After all, these die-hard hoop fanatics are well-deserving of a jersey that is made for them, by them—to go with the traditional unis they grew so fond of worshipping through the many eras of the NBA.

So without further ado, here’s our “starting five” of the hottest City Edition jerseys you need to add to your closet to go along those crispy Nike Air Force Ones and Fear of God kicks. 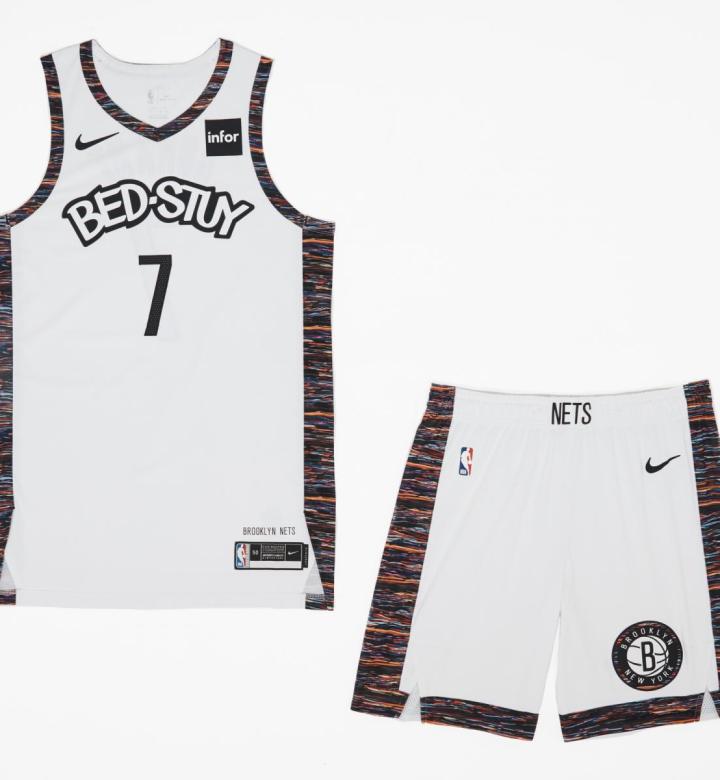 Why We Would Rock It: Nothing screams BROOKLYN like proudly repping the hood that molded them into the hungry, feisty, go-getters. What better way to represent the borough than carrying on the tradition of the Notorious B.I.G. By embracing the legacy he left on pop culture, Nike continues to leave the rainbow side emblem in paying homage of Biggie Smalls’ signature Coogi collection.

But the major addition on the uniform is the “BED-STUY” stitched-on embroidery that would make any Nets fan and Brooklynite proud of where their legacy and tradition comes from. After all, Bed-Stuy, Brooklyn, is the home to many greats such as Chris Rock, Big Daddy Kane, Fabolous and most importantly, Jay-Z. 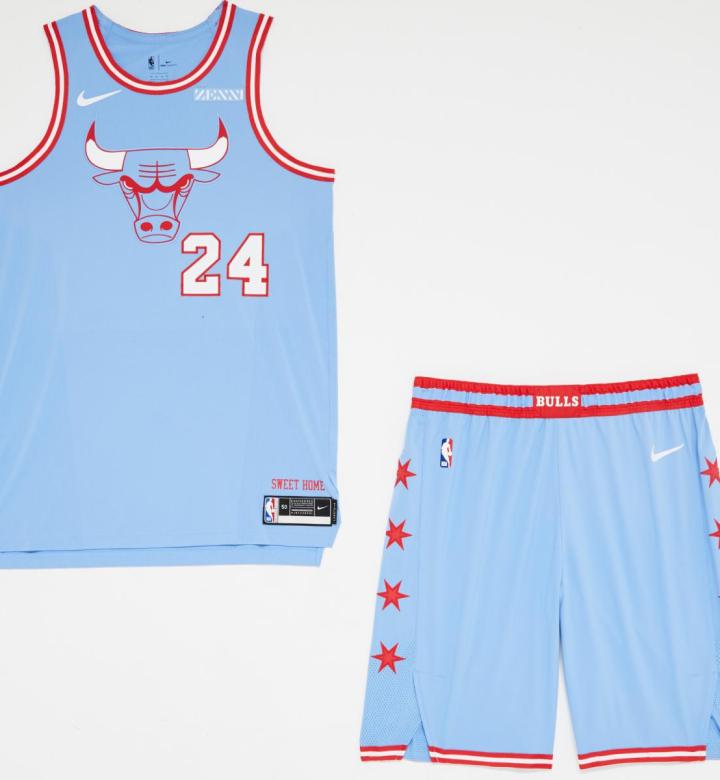 Why We Would Rock It: This beautiful, eye-catching powder-blue/red colorway is the reason why all Chicagoans need to add this jersey into their collection. The unique meshing of the signature Bulls logo to go with the player’s number and stars draping down the uniform strongly symbolizes what it means to be from the Windy City.

After all, many can debate that Chicago is the mecca of hoops, thanks to its rich tradition of producing tough, hard-nosed ballers.

Names such as Dwyane Wade, Derrick Rose and the late great Benji Wilson who became legends that put the 773 on the map. 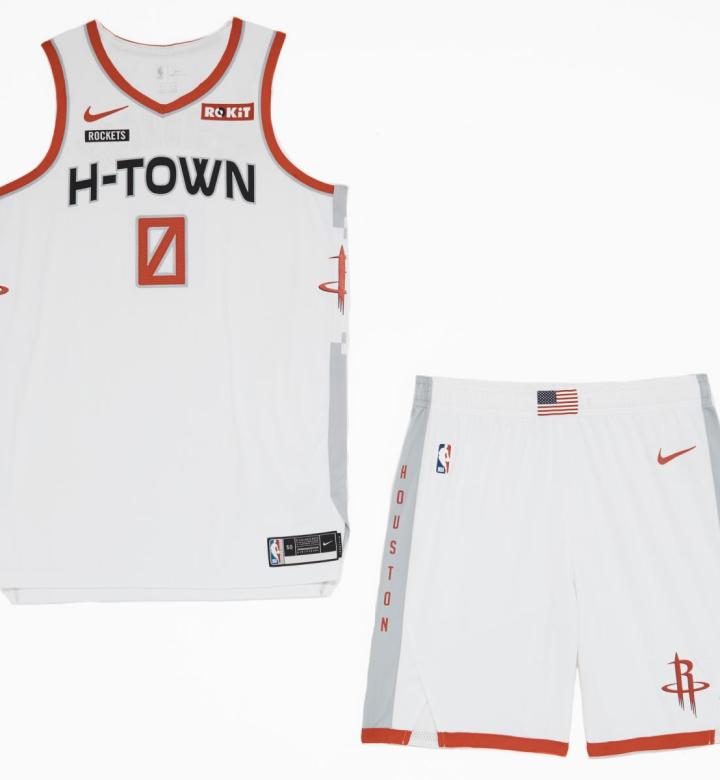 Why We Would Rock It: Nothing screams “take-off” like adding the signature outer space-evoking detail to one of the league’s most high-scoring teams.  Besides James Harden and Russell Westbrook bringing the high-octane energy of the city onto the court and at different NBA arenas, it’s hip-hop superstars such as Travis Scott who is doing his diligence of bringing the new H-Town wave of Houston energy to pop culture off of it that makes fans proud to ride the Houston wave.

After all, the ASTROWORLD emcee has become one of the most influential figures in music and sports. “The Beard” and “Brodie” are lighting up the scoreboard and stat sheet en route to skyrocketing their squad to a spot in the NBA Finals next year. 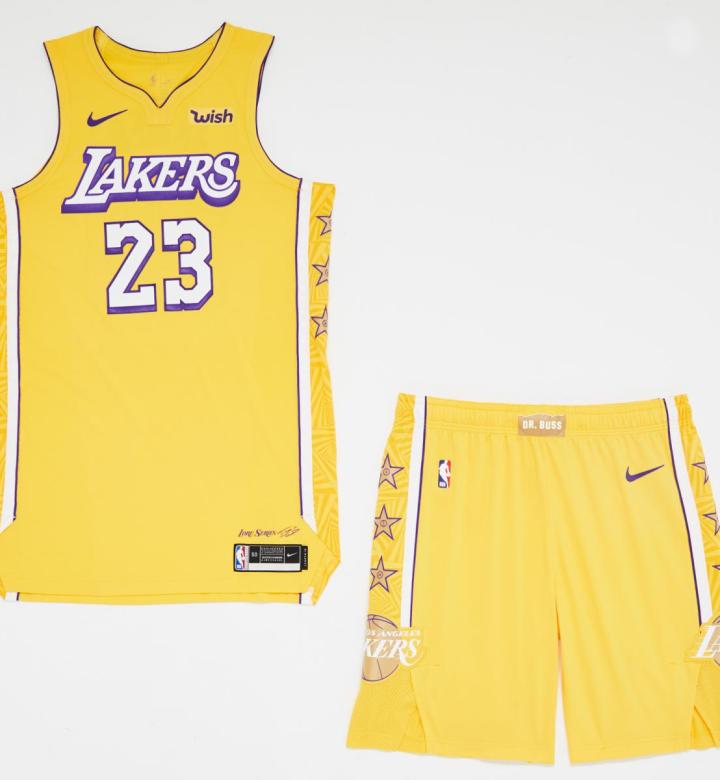 Why We Would Rock It: The league’s hottest team reminded us why they are in a league of their own when it comes to releasing new, fresh uniforms that symbolize flashy greatness at its best.

With the passing of the torch of NBA greats becoming the face of the franchise landing in the hands of LeBron James, the Lakers wanted to remind fans of their rich history of past greats dominating in the purple and gold with their “Laker City” uniforms. They even paid homage to the “Big Aristotle” in Shaquille O’Neal by inserting the wishbone collar, vortex panel to the jersey—a reminder of his dominance during the Lakers’ championship runs in the early 2000s. 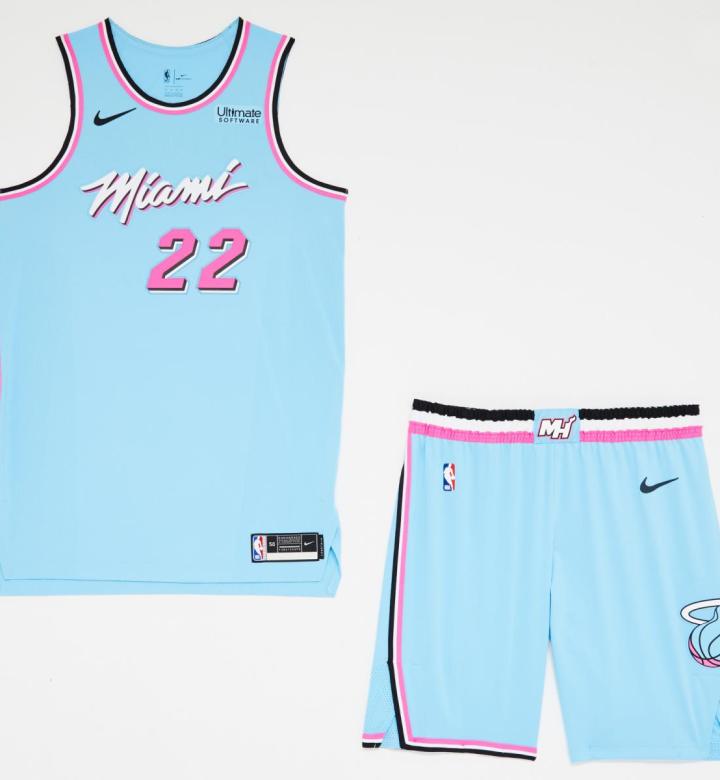 Why We Would Rock It: Just when you thought Nike and the NBA outdid themselves with last year’s Miami uniforms, it’s safe to say they topped last year’s look with the new release. The soft aqua blue/pink colorways are the perfect example of why Miami’s culture and party scene are so celebrated in the United States today. It’s vibrant, spring-esque colorways can remind fans of the nostalgic Nike LeBron 8 “South Beach” sneakers— the same kicks that are dubbed as the greatest pair of LeBron James sneakers ever to be released to the masses.

After all, what better way of reliving the glory days of the “Big 3” by creating a uniform that perfectly describes the mood and excitement of the times they brought championships to Miami Dade County from 2011-2013.