Steph Curry Can Be A Conventional Superstar, Too 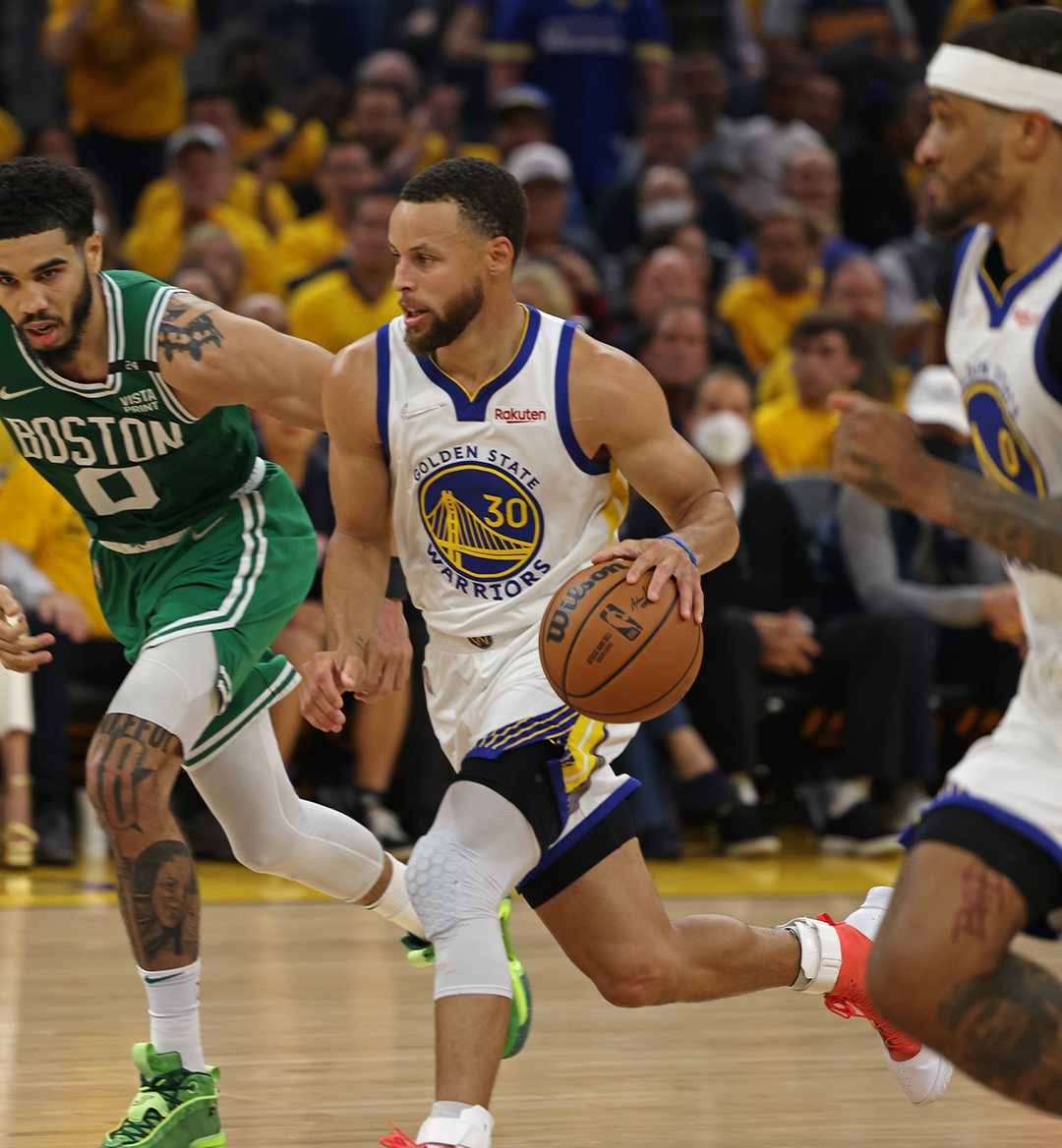 Stephen Curry is not like those other stars. He’s not Lebron James, dictating the movement of the other nine players on the court like a traffic cop; he’s not Michael Jordan or Kobe Bryant, who turned isolation scoring into high-stakes morality plays. In his game, there’s none of the dribble-dribble-dribble burden that James Harden and Luka Doncic carry, nor the rimward aggression that’s made Giannis Antetokounmpo the reigning Finals MVP. Instead, Curry’s signature play is him running around, playing tag with his defender until he finally gets open enough that Draymond Green passes him the ball, which he then almost immediately shoots.

Whereas other stars usually provide every signal and cue for their team, Curry has never really had to shoulder that same ball-dominating load. Playing alongside Klay Thompson, Kevin Durant and Green, Curry was long able to follow his bliss, the hardwood version of a trust-fund kid being free to become an artist or a public defender or, uh, a sports blogger rather than joining a money-making, soul-sucking corporate machine.

For the first time since the beginning of the Golden State Warriors’ dynasty in 2014/2015, Curry is playing the exact style that he’s long eschewed. While a simple Curry pick-and-roll has always been the Warriors’ ace-in-the-hole, it’s been shelved only for the most important moments—abusing it would be indecorous, if not downright gauche. But piloting a barren roster against a historically great Boston Celtics’ defense that’s daring Curry to beat them on his own, he’s ramped up his pick-and-roll volume to career-high levels. During his virtuosic Game 4, Curry ran 45 pick-and-rolls, after ending just 6.7 possessions as a pick-and-roll ball-handler during the regular season. In doing so, Curry poured in 43 of the most impressive points in NBA history.

The thing that makes Curry such a dangerous pick-and-roll player is that he turns normal defensive schemes into utter nonsense. NBA defenses are calibrated to address a specific list of possible problems, none of which are relevant against Curry. Trying to guard Curry the same way you’d guard DJ Augustin or Chris Paul is about as effective as trying to defeat an earthquake with karate; there’s not much you can do once your entire team is dragged out onto unsteady, shifting ground.

If most teams focus on limiting Curry at the expense of letting his costars run amok, the Celtics have done the inverse. Accordingly, they’re the first team in recent postseason memory to play drop coverage against Curry and the Warriors, albeit a bastardized version of drop coverage where the big man still ventures way out beyond the three-point line. This is not only a bet on their personnel to hold their own against Curry, but that it’s not humanly possible to win a playoff series with a heavy diet of vertiginous 30-foot pull-up jumpers. It just can’t be, right?

So far, the answer is that it might be. On a macro-level, the Celtics are holding the Warriors’ offense to just 110.5 points per 100 possessions, down from 117.8 points during their first three series. Through four games, Boston has more or less excised once-dangerous guys like Draymond Green and Jordan Poole from the run of play; the Celtics have refused to cede the space behind Curry that the other Warriors need to thrive.

On a micro-level, the Celtics are getting torched by Curry—his 34.3 points per game and 66.3 percent True Shooting have him on pace to claim his first Finals MVP, whether Golden State wins a ring or not. No matter how far out Boston sends its bigs to pick up Curry, they leave him with too much space. By the very nature of playing drop, the big man has to backpedal as Curry approaches, creating a window for Curry to fire.

Over the last eight years, the Warriors have played unlike any other team in the NBA. Within their own little walled garden around Curry, the Warriors have shut out the headwinds of heliocentrism and spread pick-and-rolls. Under Steve Kerr, Golden State plays a unique, beautiful and inimitable style of basketball because they have Curry and nobody else does. Curry's mastery of the extraordinary won the Warriors the Western Conference; his comfort with the ordinary has them in position to win the Finals.

Is a Golden State Warriors’ Championship Inevitable This Season?