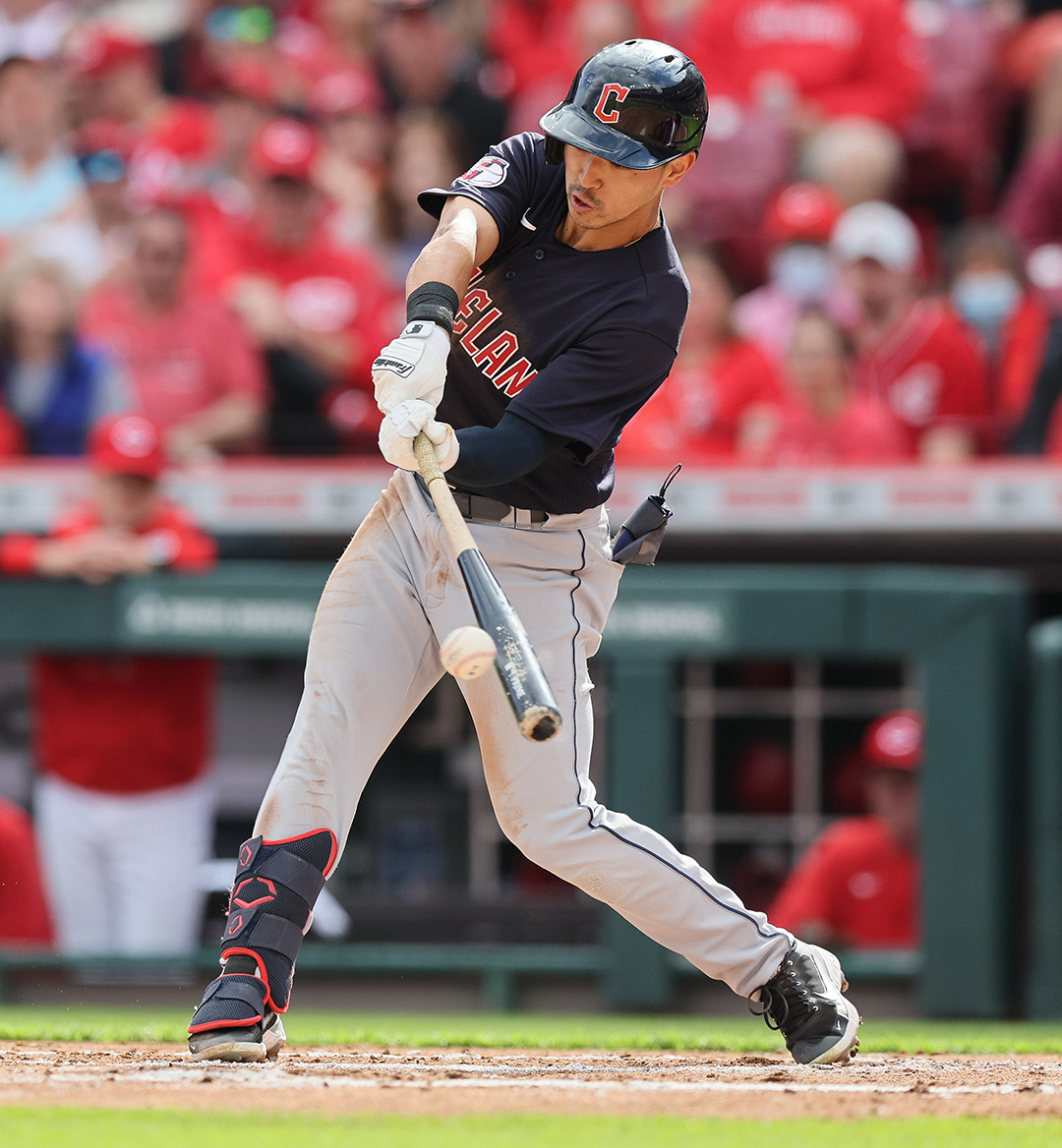 People like to say that baseball is a sport of frustration. It’s basically a prerequisite for every decent pitcher to be able to pair a high velocity fastball with a menu of hellacious off-speed pitches that break with the severity of lines on a secant graph. Just look at Pitching Ninja for proof: hitting a baseball is nearly impossible! Unless you’re Steven Kwan.

A 24 year-old rookie left fielder for the Cleveland Guardians, Kwan has started the year on a nearly unprecedented heater. His triple slash (batting average, on base percentage, slugging percentage): .526/.655/.737. Through 29 plate appearances, he reached base 19 times; through 19 at bats, he notched 10 hits. Beyond simply avoiding striking out, Kwan didn’t whiff at the first 116 pitches he saw this year; at time of blogging, Kwan foul tipped a pitch, which somehow counts as an official whiff but not a spiritual one.  In a sport where the very best players struggle to get a hit more than 30 percent of the time, Kwan has basically decided to stop failing. No player in the last 121 years has ever started their career with such aplomb: Kwan is the first player in modern baseball history to reach base 18 times in his first five games.

Before this recent stretch, Kwan was never particularly heralded; going into the season, MLB.com ranked him as only Cleveland’s 15th best prospect because of his “fringy arm” in the outfield and the probability that “he doesn’t offer enough thump to be a regular.” And this is all true! But it’s also an oversight of what makes Kwan special: Kwan is a unique, atemporal player who doesn’t really fit the current mold of successful players or prospects. He doesn’t have the physical profile or pedigree of Bobby Witt Jr. or the smooth all-around game of Adley Rutschman. Instead, he’s merely got a freakish talent for pushing the ball to spots on the field where defenders aren’t.

Notably, Kwan has dominated the first week of the season with a skillset that’s been mostly devalued across the league. After all, chicks—and general managers—dig the long ball. With the newfound focus on launch angles and exit velocity, strikeouts have risen as hitters prioritize making hard contact over simply making contact; there’s not much functional difference between striking out and grounding out, so batters willingly trade a few extra strikeouts for more homers and extra-base hits.

As such, Kwan—a 5’9, 170 pound, slap-happy, singles merchant—is an anachronism, a remnant of a distant past (i.e. 2007). He’s a middling defender in a low-leverage defensive position (corner outfield) who doesn’t hit for power; this kind of player doesn't really exist anymore because prevailing wisdom has mostly excised them from the major in favor of hitters with more oomph in their bats. In other words, the Steven Kwans of the world have slowly been phased out of the league, so celebrate this one while you still can.