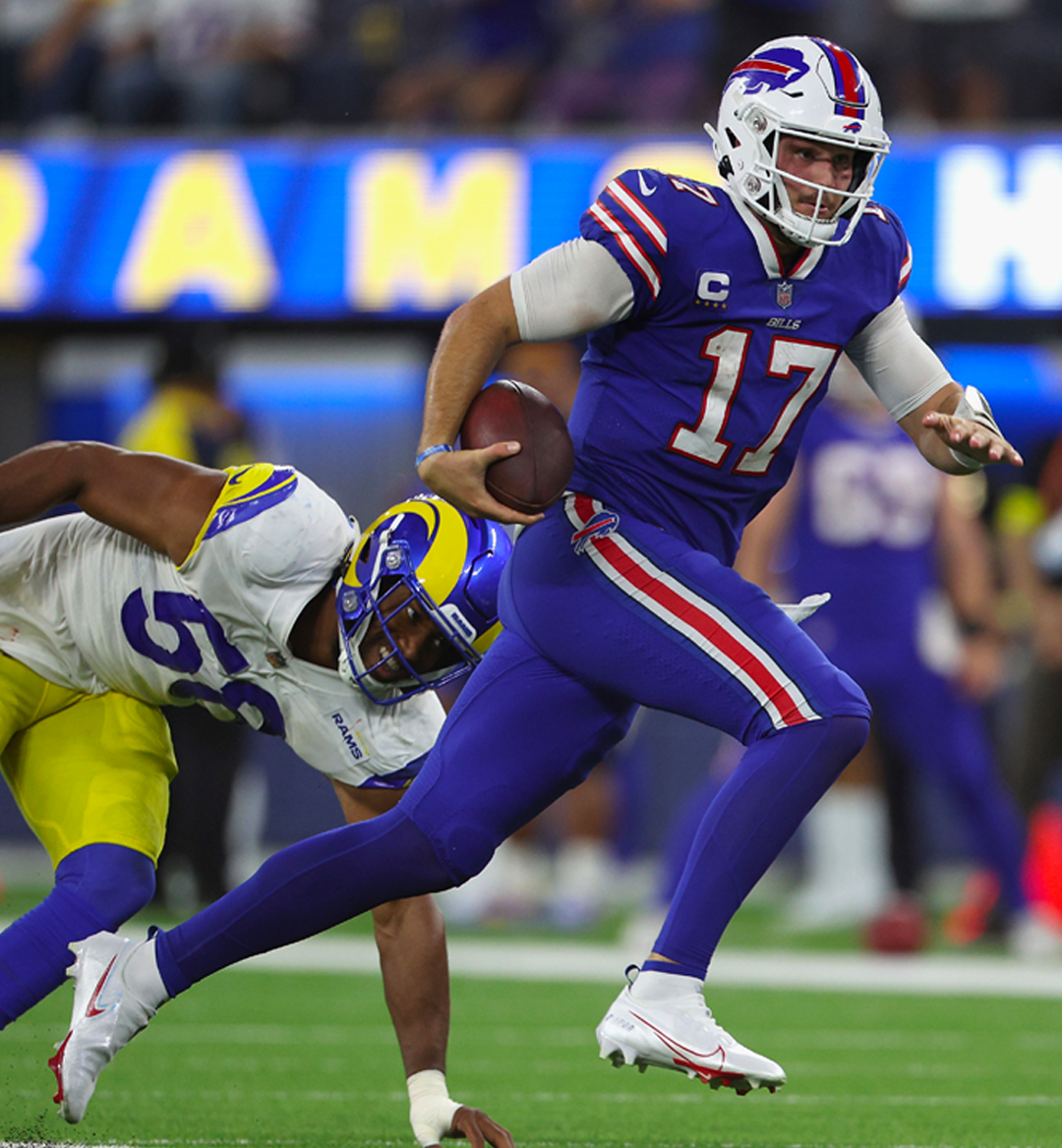 Traditional, season-long fantasy football gives you the opportunity to prove that you’re a smarter and better person than your dearest friends, but daily fantasy sports offers an even stronger incentive: cash. This isn't financial advice, but here are the ONE37pm NFL Week 3 DFS picks.

Vegas thinks that Lions-Vikings will be a shootout. The total for the game is 53 points and the Vikings’ implied total is 29.5, both the highest figures of the week. As such, there will be no shortage of fantasy points available in this game. The Lions defense has been among the NFL’s most porous to start the year. If Carson Wentz can torch them, just imagine what Cousins and Justin Jefferson can do.

Rushing yards and volume have long been the magic elixir for quarterbacks. Mariota offers both—through two weeks, Mariota averages 29.5 passing attempts and nine rushing attempts per game. The Falcons’ surprisingly potent offense has enough playmakers that Mariota could be worth a dart throw in larger pools.

Even if Mixon hasn’t delivered star-level results this year, he’s fed as frequently as just about any other back in the league; he’s averaged 28 touches across the first two games this year and averages more than 20 touches per game for his career. This week, Mixon and the Bengals play the Jets, who are bad and not good. The math here isn’t hard: talented running back + lots of touches + the Jets defense = success.

Since becoming the full-time starter in 2020, Montgomery has dominated Chicago’s backfield. The Bears are the league’s most run-happy team because they have no belief in their passing game, so Montgomery is now the focal point of their offense. Against a Texans team that ranks 25th in run defense DVOA, Montgomery is once again a smart pick, albeit an unsexy one.

McKinnon has sneakily become a mainstay in the Chiefs offense. In fact, he's out-snapped the more heralded Clyde Edwards-Helaire over the first two games. McKinnon hasn’t actually done much in his snaps, but the Chiefs offense is so explosive that he becomes appealing by proximity. If you’re out there long enough, Patrick Mahomes will find you for a touchdown eventually.

See: Cousins, Kirk. To wit, besides the fact that Jefferson is a superstar who should be on your radar every week, stacking players (pairing a quarterback and receiver from the same team) is an easy and lucrative way to exploit favorable matchups.

Despite missing all of last season with an injured ankle, Slant Man is back. A target-monster who’s the Saint’s primary red-zone weapon, Thomas is still priced like a mid-tier receiver rather than the superstar he’s proven himself to be.

Just about every other receiver on the Buccaneers is hurt or suspended. Tom Brady has to throw to somebody—and Perriman was that special somebody last weekend, hauling in Brady’s lone touchdown pass. Granted, Perriman is probably the most obvious value play across Sunday’s slate, so he’s a better option in smaller pools where ownership percentage isn’t as big of a deal.

Kelce is a top five receiver who happens to play tight end. He’s by far the best tight end available this week and should feast on a Colts’ defense that’s particularly vulnerable across the middle of the field. If you’re confident in your receiver and running back sleeper picks this week, Kelce is just about a must-play because no other tight end can realistically expect to match his production.

Middle: Dallas Goedert ($4700)
In the 11 games since the Eagles traded Zach Ertz last season, Goedert has been as good as any tight end outside of the Travis Kelce-Mark Andrews nexus of power. The clear second option in the Eagles’ passing game, Goedert shouldn’t have too much difficulty with Washington’s threadbare secondary.

11 targets over two games is pretty solid work for a guy who’s basically free. When healthy, Thomas is a dependable mid-tier tight end, yet he's in the same price range as guys who have never matched his production.

Although it doesn’t show it in the fantasy box score, the Saints manhandled Tom Brady and the Bucs last weekend. Now, they get a juicy matchup against Baker Mayfield.

Led by an All-Pro core of Jaire Alexander, Kenny Clark and De'Vondre Campbell, the Packers’ defense is loaded at every level. Although it might seem blasphemous to count out Touchdown Tom, the Packers should put Tampa's scuffling offense in a headlock; the Buccaneers have no healthy receivers and Tom Brady looks like he’d rather be on The Masked Singer.

Don’t start the Lions—I just had to include them to maintain the general conceit of this blog.