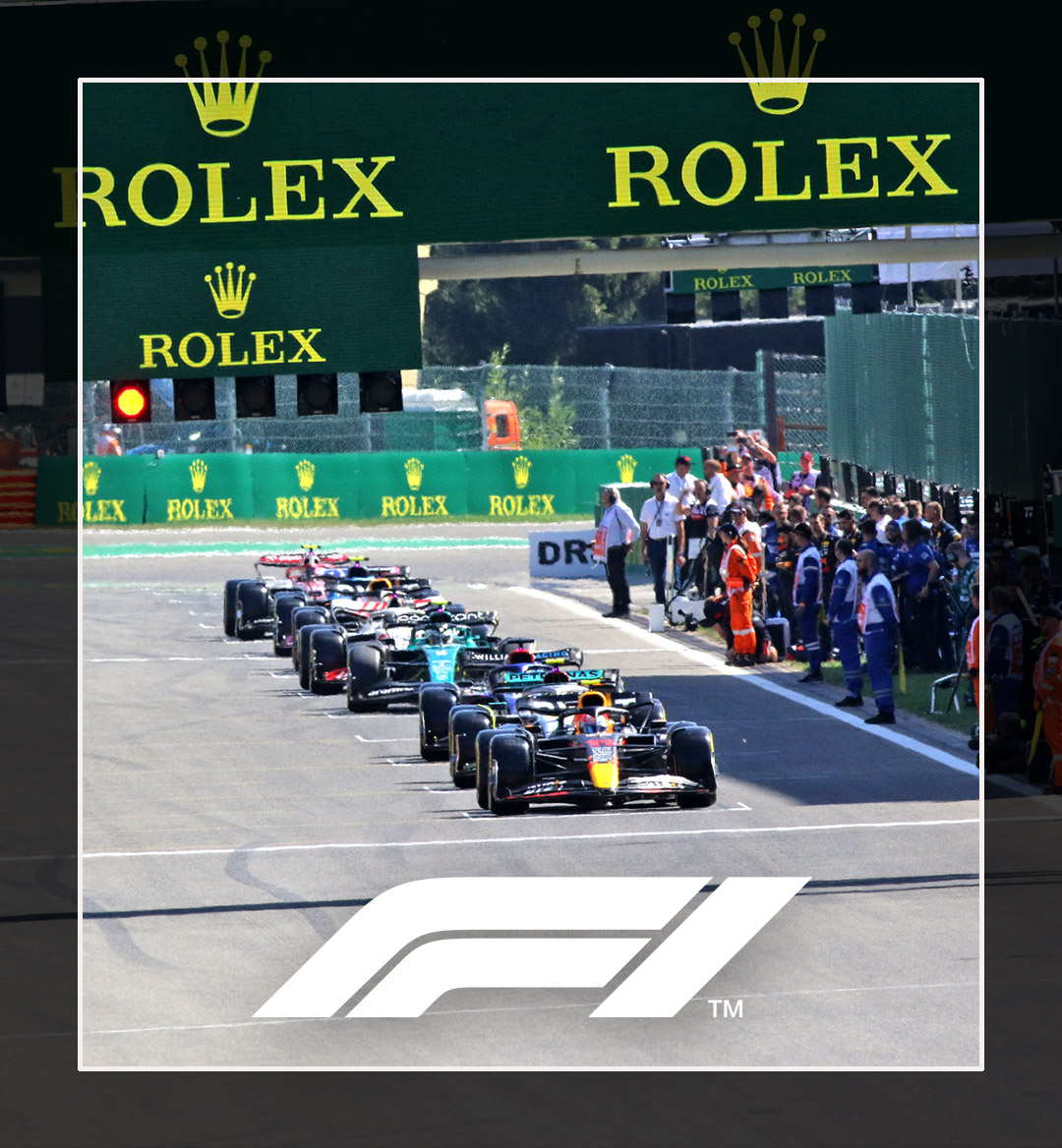 In sporting events that entail racing like the Tour de France, NASCAR, and F1, the difference between first and the middle of the pack can come down to mere milliseconds. With such little margin for error, racers are required to optimize every little detail of their race strategy to ensure optimal performance. In cycling, bikers will ride in a peloton, which is just a tight pack of riders, to draft wind so that riders in the middle of the pack don’t have to put in as much work. But what is DRS in F1?

In F1, racers use the drag reduction system, or DRS, to reduce drag and increase top speed. This can be a crucial aspect of a F1 race with many races coming right down to the wire. With the recent rise in popularity in F1, you may have caught yourself watching a race and wondering what the announcers mean when they talk about DRS. Here is everything you need to know about the drag reduction system in F1.

What Exactly is DRS?

So, what exactly is DRS in F1? Well quite literally, DRS stands for drag reduction system. Drag is the force a racecar faces when in motion due to the surrounding air. Friction is created between the car's surface and the air around the car, causing drag which inturn slows down the car significantly.

The DRS in F1 is a driver-adjustable piece of bodywork that will increase top speed and aid drivers in overtaking other racers. The DRS will open an adjustable flap on the back wing of the racecar, which will reduce drag and give the driver an advantage to pass the racers in front of them. The Fédération Internationale de l'Automobile or FIA estimates that the DRS in F1 increases top speed by 10-12 km/h or 6.2-7.5 mph.

On the rear wing of an F1 race car, there is a main plane and a flap that makes up the horizontal aspects of this portion. The DRS will lift that rear wing flap a maximum of 85 millimeters or 3.3 inches. This will reduce drag to airflow against that rear wing and increase the potential top speed of a driver. Some racing directors for teams believe that the DRS can save about half a second per lap. With the margin of victory in F1 races sitting at around 10 seconds, reclaiming those extra few seconds using DRS is fundamental to winning.

When Can Drivers Use DRS? 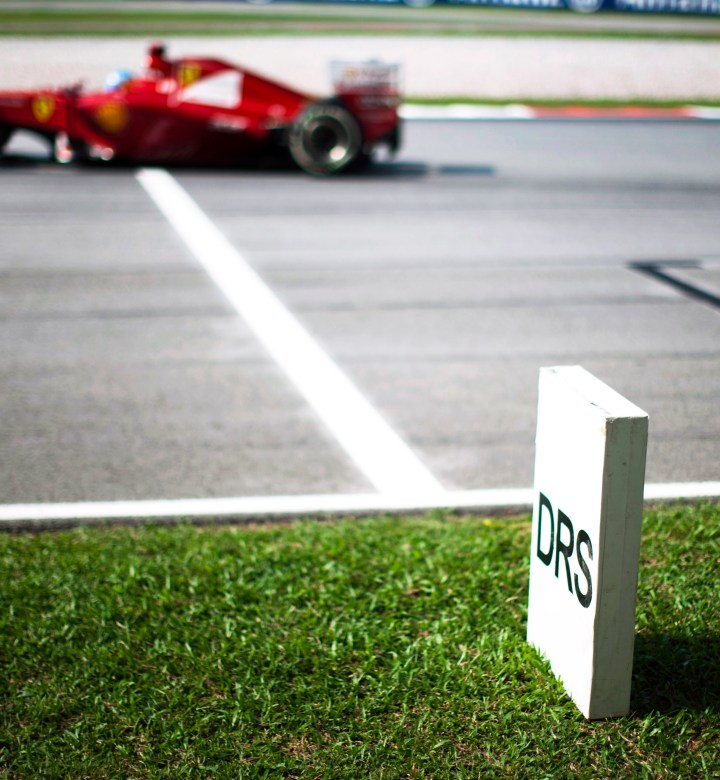 There are very strict specifications for when drivers are allowed to use DRS during an F1 race. Because DRS will increase the potential top speed, it’s crucial that F1 put boundaries in place to ensure that this system wasn’t abused. There are certain moments during an F1 race that racers are enabled to use the DRS, with multiple restrictions based on time of the race and conditions of the track.

Racers can only initiate the DRS during an F1 race if the car is within one second of the car they are attempting to overtake. Drivers will get a dashboard light notification in their car when the DRS system is enabled. When the driver releases the button or uses their brakes, the DRS will stop. The FIA can change this one second requirement based on the race, but it usually sits at one second. Cars must also be in an overtaking zone for DRS to be activated, and those zones are determined by the FIA before the race.

DRS cannot be activated on the first two laps of a race, restart, or safety car deployment. This requires the race to get into a flow before racers can begin using the DRS. The defending driver, or driver who is ahead, is not allowed to use the DRS unless there is another car less than a second in front of them. If racing conditions are deemed too dangerous, such as a slippery track due to rain, no racer will be permitted to use the DRS.

What Does DRS Mean For F1 Racing?

So do fans and drivers like the drag reduction system? There has been mixed reception from both fields since the DRS was introduced to F1 in 2011. Before the DRS, there was little overtaking of positions throughout an F1 race. Some believe that the DRS helped solve that issue, while others believe that overtaking is far too common in F1 now. Some argue that the driver in front is put at an unfair disadvantage to the racer who is attempting to overtake them.

The main detractor against the drag reduction system is that it’s unnatural to the art of racing. To chaste racing fans, adding a technical benefit that alters the car mid-race undermines the purity of racing. It takes away from the skill required to win races and gives trailing racers an advantage.

On the contrary, the DRS not only makes races more entertaining by creating tighter finishes, it’s pushing the limits of what’s possible in a racecar. It’s a true feat of engineering that something like the DRS has been created and works so effectively. As F1 continues to grow in popularity, do you think adding more aspects to races like the DRS is good or bad for the future of F1? Let me know on twitter @justincohen24 !