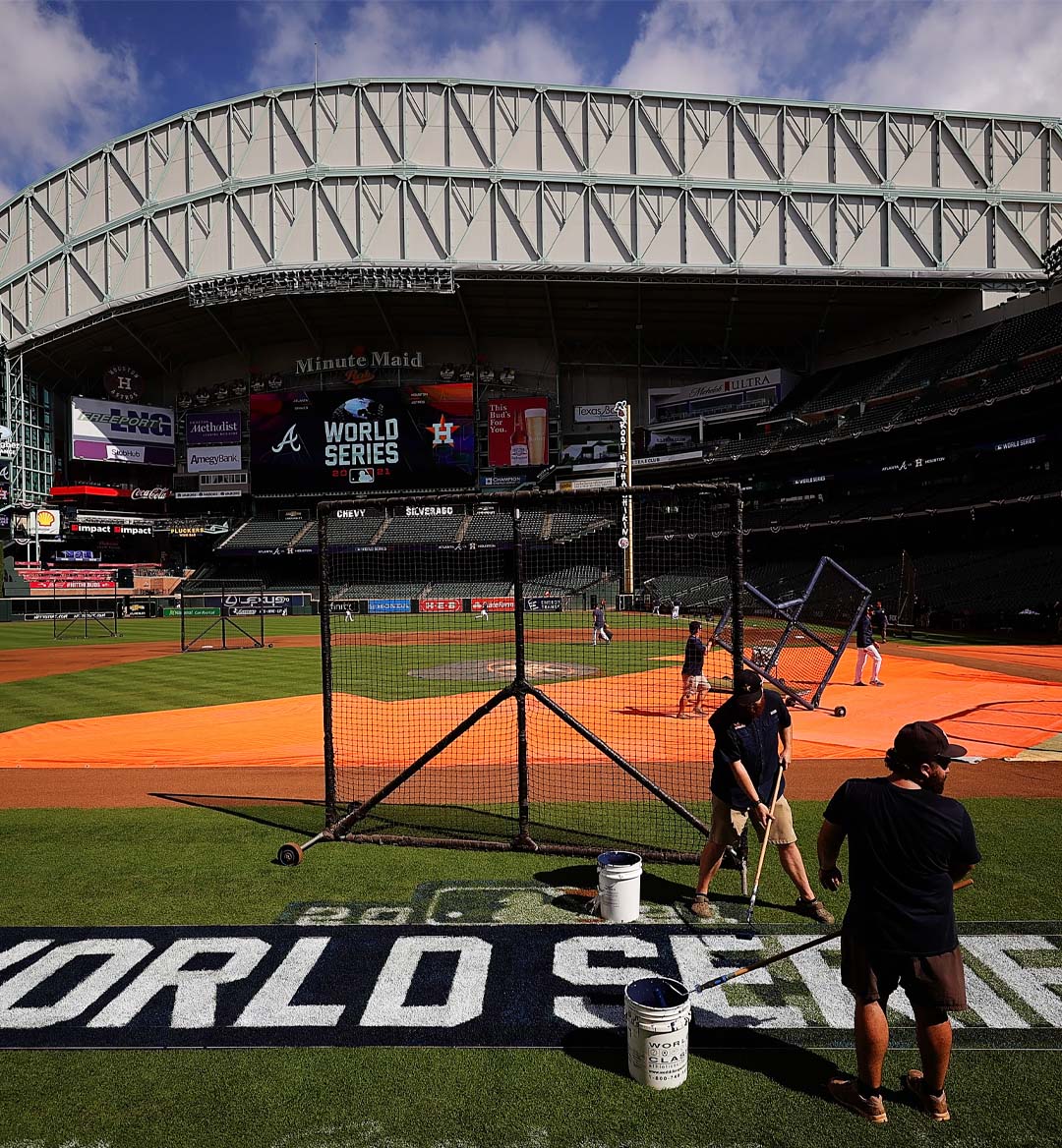 Dubbed 'Americas pastime', baseball holds a special place in the culture and history of the United States. For nearly 120 years (barring two seasons in 1904 and 1994) the best baseball players on the planet have duked it out for the right to hoist the Commissioners Trophy.

RELATED: How Many World Series Have The Yankees Won?

With well over a century of play, some teams have been more successful than others. In fact, the top five winningest teams in World Series history hold 54% of the total championships ever won. On the other side of the spectrum, there are seven teams that have never won the World Series, with one of those teams never even reaching the final game. Here is the list of the teams with the most world series wins.

Teams With The Most World Series Wins

Without a doubt there is no team more synonymous with winning in baseball than the Yankees. Love'm or hate'm, the Yanks will probably always be relevant. Throughout their illustrious history as a franchise, the Yankees have reached the World Series 40 times, winning the big series 27 times. The Yankees were one series away from reaching their 41st World Series but fell short to the eventual champions in the Houston Astros.

Before the days of 'moneyball', the Oakland Athletics were a powerhouse in baseball. The A's won three consecutive World Series from 1972-1974. Oakland reached the World Series in 1990 but unfortunately lost, marking the last time we've seen the franchise in the championship game. The franchise today has become known for keeping a tight checkbook and rely on building prospects up instead of signing high-profile players.

If it wasn't for the 'curse of the Bambino', maybe the Red Sox would be higher on this list, but fourth place isn't too bad. After going 86 years without winning a World Series, the Boston Red Sox reclaimed their spot upon the mountaintop in 2004 with the help of all-time great David Ortiz.

The San Francisco Giants have had a pretty illustrious run as a franchise. They won one of the first World Series in 1905 and would win a couple more throughout the 20's and 30's. There best run came in the early 2010s, winning three championships from 2010-2014 backed by sensational pitching from Madison Bumgarner.

For how much money the Los Angeles Dodgers put into their time, it's honestly surprising to see them this low on the list. The Dodgers have remained competitive for virtually their entire life as a franchise, but hold a mere 33.3% win rate in the World Series. They most recently won the 2020 World Series that saw no fans due to the Covid-19 pandemic.

The Cincinnati Reds were an absolute powerhouse in the 70's, reaching four World Series across the decade and winning two. What's most impressive of their 1976 run is that they didn't lose a single game, becoming the first and only team to go unbeaten in the postseason. The Big Red Machine era was truly something to marvel at.

The Pittsburgh Pirates may live in infamy now, but there was a time when they were oh so great. Although they haven't won since 1979, the Pirates claim one of the greatest World Series moments of all-time. In game seven of the 1960 World Series the Pirates were tied with the Yankees 9-9 heading into the bottom of the ninth. With one ball and no strikes, Pirates legend Bill Mazeroski blasted a walk-off home run to win the title.

The Detroit Tigers came painstakingly close to reclaiming their spot as World Series champions in 2012 but fell short to the Giants. They have no won a World Series since the great Kirk Gibson was donning a Tigers jersey in 1984. It's been a rough run for Detroit sports fans but hopefully someday soon the Tigers can add another championship to the city.

The city of Atlanta and professional sports have a complicated history. A city that has become known for choking actually boasts one of the winningest baseball teams, and even won a championship in 2021. The Braves reached the World Series five times throughout the 90's, only winning one of those times in 1995.

The lovable losers of the MLB earned their nickname after going more than a century without winning a World Series. Dubbed the "Billy Goat Curse", the Cubs did not win a championship from 1908 all the way to 2016. That 2016 championship was oh so special however. After being down 3-1, the Cubs clawed their way back and defeated the Cleveland Guardians in extra innings of game 7. As a Chicago native who grew up post-Michael Jordan, the Cubs winning in 2016 was unequivocally the greatest moment of my life (so far).

The Minnesota Twins may have not reached the World Series since 1991, but they sure left their mark that year. In the bottom of the 10th inning in a tied game 7, Gene Larkin rattled off a single that would drive in the winning run. What's most electric about this game was that both team's were scoreless heading into the 10th, marking one of the greatest pitched game seven's by both sides.

The White Sox may be most well-known for their 1919 'Black Sox' scandal that saw eight players permanently banned from playing baseball again for trying to rig the World Series, but there is plenty of more history. The White Sox last appearance in a World Series came in 2005.

The Phillies were oh so close of claiming their third franchise championship last postseason, but fell short to the Houston Astros in the World Series. They reached the final series in back-to-back years from 2008-2009, only winning the 2008 series.

It has been a rough couple of decades for the Cleveland Guardians to say the least. The franchise currently holds the longest championship drought in baseball, having not won a World Series in over 70 years. They held a 3-1 lead over the Chicago Cubs in 2016 but would choke that lead and the series away. One day the city of Cleveland will be World Series champions again... hopefully?

Fresh off the heels of a World Series victory overshadowed by allegations of cheating, the Astros silenced all the critics by winning the championship again in 2022. The Astros have seen a huge wave of success in the 2010's and 2020's, reaching the World Series four times and winning twice.

The New York Mets may have only 2/27th the World Series their neighborly rival Yankees have, but their 1986 championship may outrank all those. Being down two runs in the bottom of the 10th with two outs in game six, the Mets made a miraculous comeback to push the series to seven games. They would close out the series and the Miracle Mets were history.

Oh what an era it was to be a Toronto Blue Jays fan in 90's. The team reached back-to-back World Series in 1992 and 1993, winning both. Being down 6-5 in the bottom of the ninth inning of game six, Joe Carter smashed a game-winning three-run home run to seal the Blue Jay's a second World Series.

In one of the most unexpected World Series victories ever, the Marlins last claimed the title in 1997. In just their fifth season as a franchise the team won the big game and would enter a rebuild. Surprisingly, they would return and win the World Series six years later in 2003.

Teams That Have Never Won A World Series

There are six teams that have never won a World Series in their franchises history. The Padres, Rangers, and Rays have all reached the World Series on multiple occasions, falling short both times. The Seattle Mariners remain the only MLB to have never played a World Series game. The Rays were the closest to making it off this list but fell short in 2020 World Series.