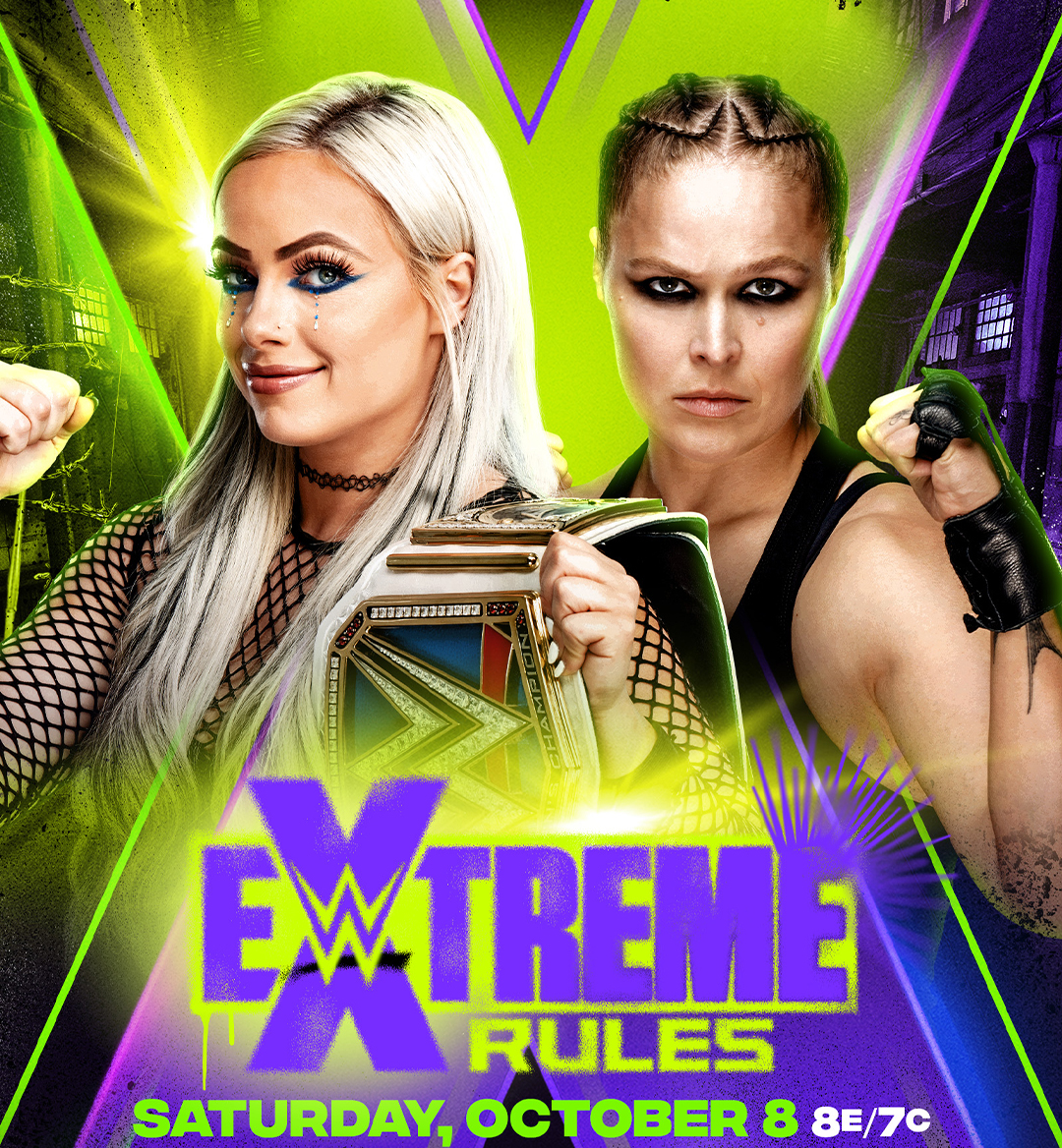 World Wrestling Entertainment may be holding its annual Extreme Rules premium live event in October this year, but we won't have to worry about that silly 2021 "The Horror Show" tagline this time around. But the one thing we can thankfully look forward to is a match card filled with special stipulation bouts tied to ongoing feuds that are well deserving of them. WWE Extreme Rules 2022 is certainly going to be a wild one, so let's get right into the expected ONE37pm coverage of this wrestling event ASAP! Here are my WWE Extreme Rules 2022 predictions. 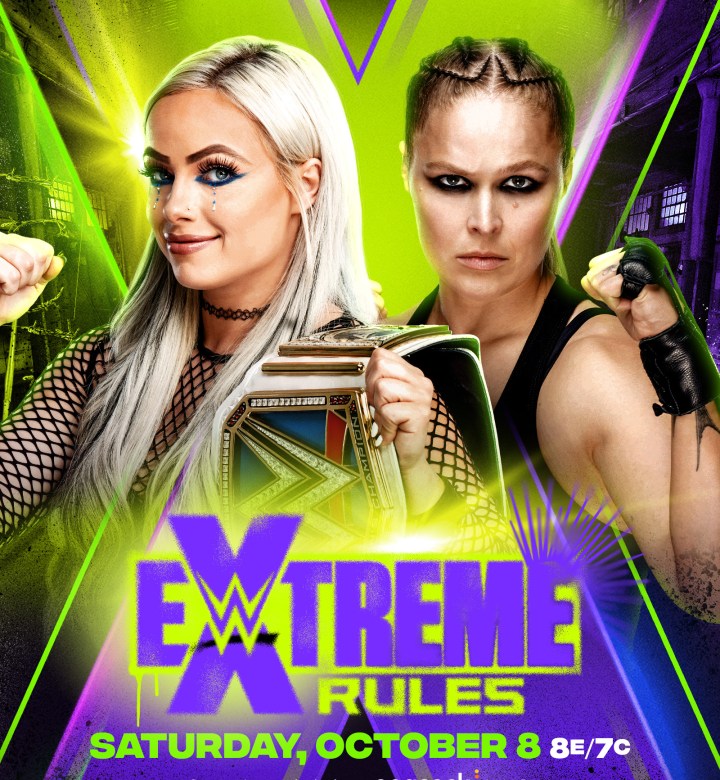 Preview & Predictions: Man, you already know what this is gonna be like! We're getting a good old-fashioned street fight that'll have all the usual trinkets, bar chairs, and anything else not nailed to the ground. Sheamus and Gunther put on a damn good match for the Intercontinental Championship back at Clash at the Castle, so now I'm very much looking forward to seeing the two men that accompany them getting caught up in this hardcore encounter. Fingers crossed that this match kicks off the PPV and delivers a 20-minute barnburner in the process.

Seeing as how Sheamus just took another loss to Gunther for the Intercontinental Championship, it makes all the sense in the world for Sheamus and his stable to get some sort of rightful revenge on their current rivals. The Brawling Brutes have been on the end of some nasty beatdowns via Imperium lately, so it's high time that they get a leg up on the opposition for once. I'm fully convinced that one of the members from Sheamus' collective will pulverize one of Imperium's members long enough to get the W they deserve.

Preview & Predictions: OOH, I LIKE THIS ONE! I figured Bianca Belair and Bayley were slated for a Street Fight of some kind for the WWE Raw Women's Championship. But the level of danger that's been put in place for this battle of Raw's top queens has been raised as they're now set for a Ladder Match. That comes as quite a nice surprise! I'm expecting both women to brutalize each other for the first 15 minutes or so of this matchup.

But near its closing moments, I'm expecting the two women associated with both Belair (Asuka and Alexa Bliss) and Bayley (IYO SKY and Dakota Kai) to come out and cause a whole bunch of mayhem to ensue. And in the ensuing chaos, Belair will get distracted to the point where Bayley pulls off the heist of a lifetime as she ascends the ladder when she least expects it and grabs the belt. A title change is on the docket here, folks!

Preview & Predictions: So when this championship match was first announced, I was gearing toward Ronda Rousey getting the win here and becoming the queen of the SmackDown Women's Championship once again. Since this rematch was first set up as a regular one-on-one affair, my gut was telling me that there was no way that Liv Morgan would get another fluke victory over the most dangerous woman in WWE. That feeling quickly subsided as soon as this bout got changed to an Extreme Rules match.

Now that all the rules have been thrown out the window and weapons are legal here, I'm highly convinced that Liv will pull out all the stops to incapacitate Ronda long enough to pin her far and square. Ronda will definitely do some damage to Liv, but Liv's overreliance on all the tools hidden underneath and around the ring will help her get the upper hand on her more dangerous opponent. Liv's retain here thanks to all the weaponry she'll use during this hardcore affair.

Preview & Predictions: Ya boy was right on the money with his Clash at the Castle predictions for the match between Matt Riddle and Seth Rollins! I totally called the end result where Rollins would get the W and also knew this war wouldn't come to a close after that match. Now the second PPV meeting between these two is set to run it back here under some "extreme rules," of course. And to my pleasant surprise, the Fight Pit that was a major part of the pandemic era of NXT is coming into play for this rematch. Now Rollins is walking right into the new version of the "Lion's Den."

You already know how this one is gonna go down, folks! Rollins is gonna put up the biggest fight of his life here, of course. But it'll be all for naught as Riddle will be in his element here since he used to be an MMA fighter and is used to going hard in a caged atmosphere. Rollins won the first PPV clash, so now Riddle is obviously going to prevail here with a submission victory over his fiercest foe to date. And once this one wraps up, I bet all the money in the world that this Riddle/Rollins beef will come to a definitive close at Crown Jewel.

Preview & Predictions: Sigh...it sucks to see Drew McIntyre in the state he's in as of late. I figured he'd be holding the Undisputed WWE Universal Championship right now after besting Roman Reigns at Clash at the Castle. Instead, McIntyre took the L and looked like the latest incarnation of Lex Luger due to him looking like a dumb babyface during a post-match "concert" with Tyson Fury. At this point, it's just hard for me to get invested in taking any more major title opportunities McIntyre gets too serious.

Now we're at a point where it's obvious that McIntyre's going to be used to make others look good. And that's the case we're set to see here. Karrion Kross is definitely on the up and up on the SmackDown roster these days. And this Strap Match will certainly go a long way in raising his stock even further. It's clear to me that Kross will get the win here since McIntyre doesn't really need this victory - it's time for Kross to get the push of a lifetime now with a PPV win over a former WWE Champion.

Preview & Predictions: This year has made me realize there are three things certain in life: death, taxes, and The Judgment Day losing way more than they actually win. Even with Triple H's creative expertise now at the helm of WWE Raw, this stable still stands out as one of the weakest and most non-compelling entities on the show. It's so hard for me to take them seriously when they usually lose major PPV matchups and get embarrassed way more than they should. Even with the addition of Dominik Mysterio to their collective, The Judgment Day is still a joke to me.

Now Edge is looking to finally cut the head off the snake from this group that's been antagonizing him since he got booted from it shortly after he created it. Finn Bálor used to be my guy, but I can't muster the energy needed to care about him any longer. Even though I know he'll perform to the best of his ability here, Bálor will lose again on the premium live event stage just like he's been doing ever since he joined The Judgment Day. For this match on my list of WWE Extreme Rules 2022 predictions, I forsee Edge doing something extra sinister to force his opponent to utter the two words attached to this brutal match stipulation.