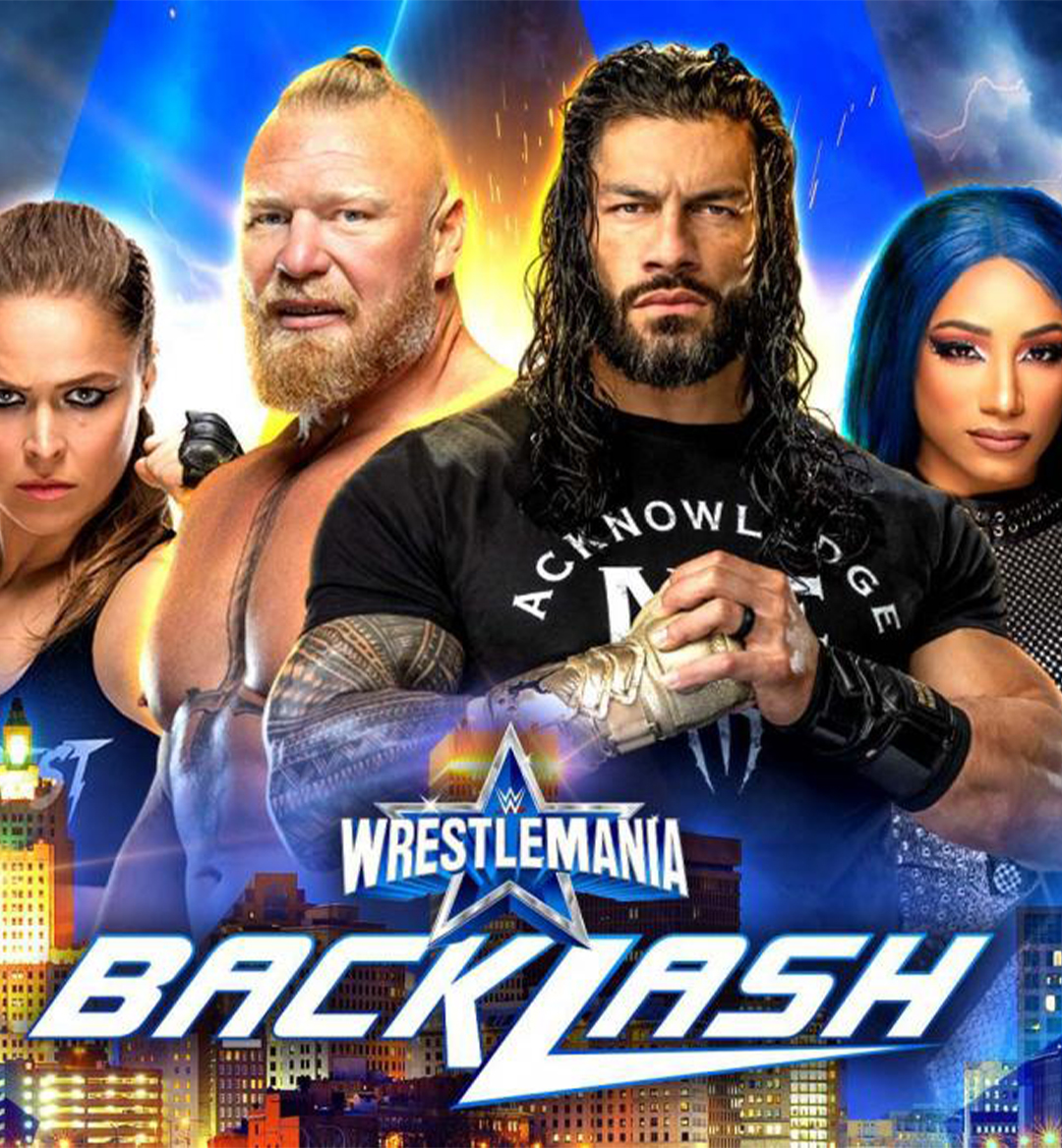 WrestleMania 38 was definitely a wrestling supercard for the ages.

Major celebrities such as Logan Paul and Johnny Knoxville surprisingly had some of the best matches of the two-day event, Cody Rhodes made his triumphant return, "Stone Cold" Steve Austin actually came out of retirement to wrestle a full match, Roman Reigns became a double champion, etc.

And now that the smoke has finally settled, ongoing feuds and brand new ones will take center stage at the next WWE premium event - WrestleMania Backlash. Come May 8, the WWE Universe will converge upon the Dunkin' Donuts Center in Providence, Rhode Island to watch the superstars of Raw and SmackDown come to blows at the first major post-WrestleMania event.

Before the big PPV arrives, let's get into some match predictions for the big May WWE spectacular.

Preview & Predictions: So Bobby Lashley overcame Omos back at WrestleMania 38, which you'd think would impress MVP enough to keep offering the "All Mighty" his continued managerial services. But WWE logic flies in the face of all that - instead, we got Lashley's former manager ditching him (even though he won on the biggest show of the year) for the big, clumsy oaf he defeated a month prior. I'm guessing since Omos has gotten a manager, he's being prepped for bigger things later in the summer. This all points to Omos getting the win here, which will bring him and Lashley's series to 1-1. This second match won't be the end, folks (unfortunately...).

Preview & Predictions: Oohf...big oohf, actually. This is the sort of match that belongs on your average episode of SmackDown or Main Event - nothing about this grudge match screams "premium event material." Madcap Moss' babyface turn is just whatever and Happy Corbin's latest shtick still drives me to change the channel every time his horrendous theme music starts blaring. I think WWE's gonna try and get a lot of mileage out of this feud nobody even asked for, which is why I think Corbin's gonna try something sneaky and manage to parlay that heelish act into a cheap victory over his former running mate.

AJ Styles vs. Edge (Damian Priest is Banned From Ringside)

Preview & Predictions: AJ Styles vs. Edge - Round 2 is official. And to be quite frank, I'm not too thrilled about it. There was just something about their WrestleMania 38 match that was devoid of any true crowd investment, which kept it from reaching that next level. The in-ring action was solid, yet it lacked any feeling and left me disappointed by the end of it. The ending was cool at least as Edge got the gears turning on his new stable by aligning himself with Damian Priest and Spearing Styles out of the sky.

Now for this second go-round, Edge's new stablemate won't be at ringside to disrupt the matter at hand. Since that rule's been put into effect, I'm of the belief that an even more focused "Phenomenal One" will be able to pull away with the big win this time. By putting both these men at 1-1, WWE is clearly setting Edge and AJ up for the ultimate tiebreaker and feud ender at the next PPV. And which show is that, you ask? Hell in a Cell! And you just know they gotta go all out inside WWE's demonic structure to bring everything to an end.

Preview & Predictions: The "American Nightmare" has added a ton of star power to Raw since returning to WWE. His stay on the indies and his run in All Elite Wrestling have morphed him into an extremely polished professional wrestler that's gotten the crowd behind him once again. And at WrestleMania 38, Cody Rhodes shocked the world when he was revealed to be Seth Rollins' mystery opponent. And as expected, that match had the crowd on its feet.

Since Cody's big return victory, Seth "Freakin" Rollins has thrown down the gauntlet for a rematch. And I'm pretty excited for this one since the story going in is that Rollins will be more prepared this time around to deal with Cody, of course. And just like their first meeting, I'm guessing this match will be just as good or even better. WWE obviously sees more money in Cody right now and is prepping him for a future top title run, so I see the blonde-haired dynamo going over Rollins once again here.

Preview & Predictions: Can we have an honest discussion about Charlotte Flair vs. Ronda Rousey at WrestleMania 38? That match...well, sucked. The horrible build-up to that match didn't really invest the crowd, which is why the fans in the AT&T Stadium didn't react all that much to the match as it went down. And to my surprise, Charlotte retained her title after some referee shenanigans took place. That result was pretty deflating since Ronda came back to win the Women's Royal Rumble's and ultimately failed to capture the prize she was given because of that battle royal win.

Now those two ladies are running it back at this show in a match that I think would have made way more sense being contested on the WrestleMania stage. So Charlotte and Ronda are going to pull out their submissions to do big damage and ultimately force the other woman to scream "I Quit!" I can totally see these ladies not only using their signature submission holds to do some big damage, but also a bunch of weapons around ringside.

I think this match will mark the moment where Ronda finally overcomes Charlotte with an extremely painful-looking Armbar that makes Charlotte scream and give up in agony.

Preview & Predictions: So we're moving away from the tag team title unification deal now, huh? I'm guessing this change was made due to some sort of unannounced injury that Roman Reigns suffered at WrestleMania 38 while wrestling against Brock Lesnar. That's pretty easy to see since Roman Reigns hasn't been booked in a singles match here against Drew McIntyre - with this six-man tag match being set in stone, it gives the "Tribal Chief" less in-ring work to engage in since he's most likely not 100% at the moment.

So who's going to walk away from this six-man war as the victors? I'm going to go out on a limb here and choose the babyface squad for this one. It just makes way more sense for McIntyre to get the winning pin over one of the Uso brothers here in order to further solidify his position as the go-to guy as SmackDown's top babyface and challenger to Reigns' title reign at Hell in a Cell in June.

And with McIntyre's victory here, it'll push RK-Bro up to a better position before their expected tag team title unification bout against The Usos at that same PPV.