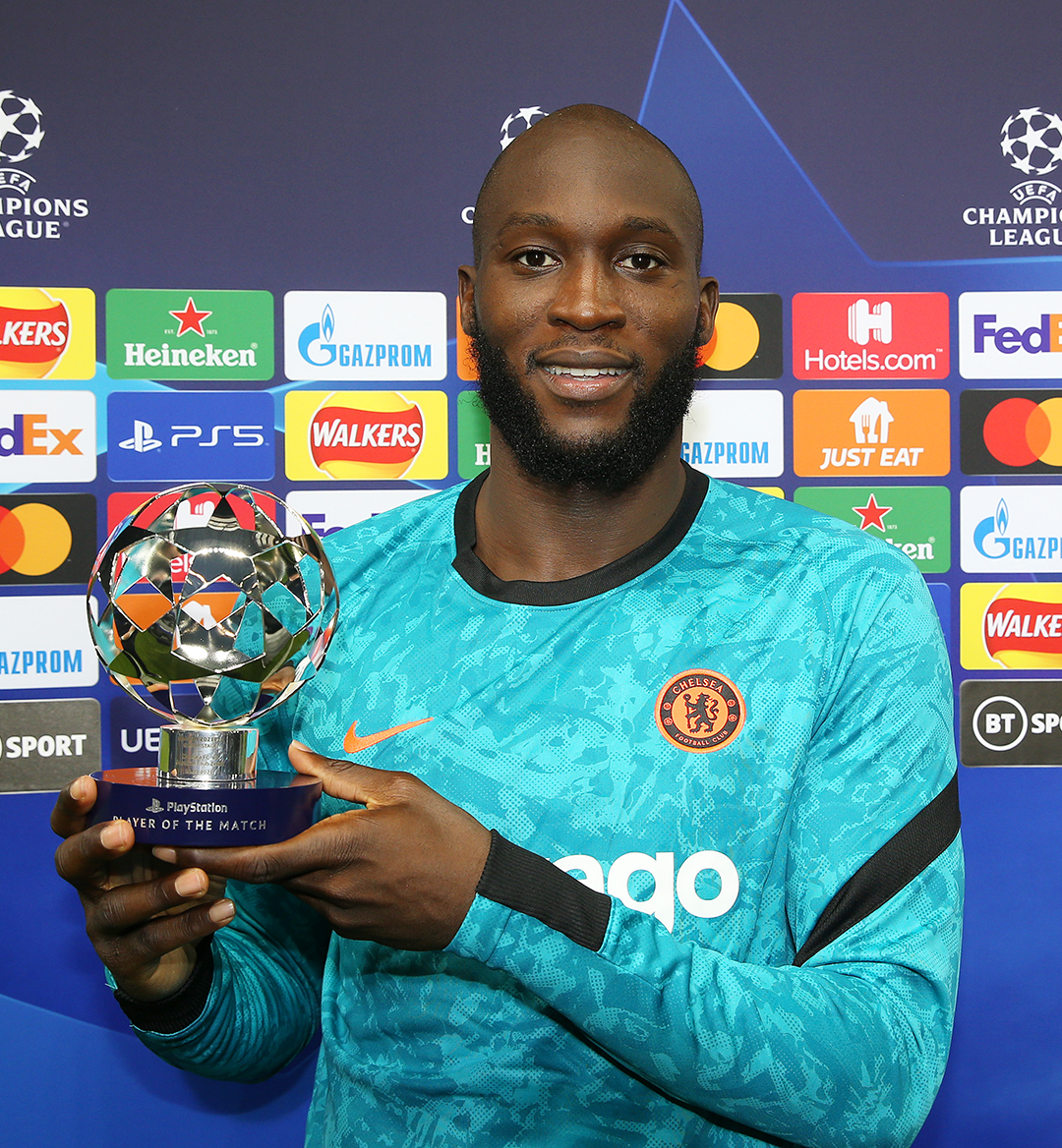 Thomas Tuchel already had a handful of dangerous attacking options to call upon this season as Chelsea FC aimed to repeat as UEFA Champions League winners and also push for the English Premier League title.

Romelu Lukaku's re-arrival at Stamford Bridge might have been the piece to push the Blues over the top for multiple trophies this season under Tuchel.

Lukaku made his return to London this summer, rejoining the club from Serie A side Inter Milan after helping the Italian club win the league title and also qualify for the Champions League group stage.

Since his return to England, the Belgian striker has been on fire for the Blues, scoring three goals in his three league outings and also netting Tuesday's winner against Russian visitors Zenit St.Petersburg in the opening match of the new UCL campaign.

Lukaku has come a long way since his first spell at Chelsea, scoring 198 goals in 370 combined matches for Everton, Manchester United, and Inter Milan.

He's also continued to be one of the top forwards on the international level, helping Belgium remain in the Top 10 on a yearly basis and also come close to claiming trophies as both the 2018 FIFA World Cup and 2020 European Championship.

The 28-year-old has developed into an all-around striker over the past few seasons and Chelsea and Tuchel are reaping the rewards of Lukaku's development.

"It was a very, very good and dangerous ball," said Tuchel at the final whistle of Tuesday's 1-0 win. "[It's dangerous] because it comes from a difficult position to defend around the box. The target was the second post with Romelu and Kai [Havertz] was also there. The performance for Romelu was not easy, we did not create many chances for him, we did not create many deliveries, but he is the type of guy who does not lose confidence and belief, and that's why he's here and that makes him a world-class striker.

"You don't find many strikers of that quality and the guys who really score regularly for their teams are so, so important because the goal changes the whole momentum of the match," Tuchel said. "It gives the whole team a lot of belief to know that maybe one half-chance or one chance is enough to make him score.

"And it's more than just talent that he brings because he has the belief, he takes pressure off other guys’ shoulders, he has the personality not to be impatient or to lose confidence."

Outside of his goal, Lukaku was held in check for most of the match, only recording one additional shot in the match and finding it tough to connect with his attacking teammates.

Chelsea already had attacking players like Timo Werner, Christian Pulisic, Kai Havertz, and Hakim Ziyech in its arsenal, but Lukaku's transfer back to England is one that certainly will give the Blues an extra bit of aggressiveness in the final third.

Lukaku has scored against Arsenal and Aston Villa in league play, showing his ability to not only score from dangerous situations, but also use his physicality to his advantage when it comes to hold-up play and aerial battles.

Lukaku's figure is already boosting the Chelsea players in the early stages of the new season and is also giving the fans a lot more to cheer about after a successful summer.

"He was the type of guy that we were missing in our team, the profile, but not only for the talent but also for his personality," Tuchel said about Lukaku's presence on and off the field. "He is a super humble guy, he loves football, he loves to train. He is such a good communicator in the dressing room, he is open to everybody and that creates a certain atmosphere and energy around him and within the team.

"The atmosphere and the spirit last year took us very, very far and it is very important that we have it again, and we have it with Romelu because he loves Chelsea and knows what this club is all about," Tuchel said. "It gives us belief and gives everybody around him a lot of confidence when strikers score and are."

With five wins out of six in all competitions to start the 2021-22 campaign, Chelsea is flying high ahead of some important matches in league play. Up next is a London Derby at Tottenham on September 19 before a home clash with fellow title challengers Manchester City, in a rematch of last season's UCL Final, which Chelsea won 1-0.

The Blues will also look to advance in the Carabao Cup with Aston Villa visiting Stamford Bridge on September 22 before Matchday 2 of the Champions League sees the Blues visit Juventus on September 29.

The matches will come thick-and-fast for Chelsea, but with an in-form Lukaku to lead the way, the Blues could be sitting pretty in all competitions later this fall.