The customs wave has hit baseball *hard* this year. Here’s who’s behind it. 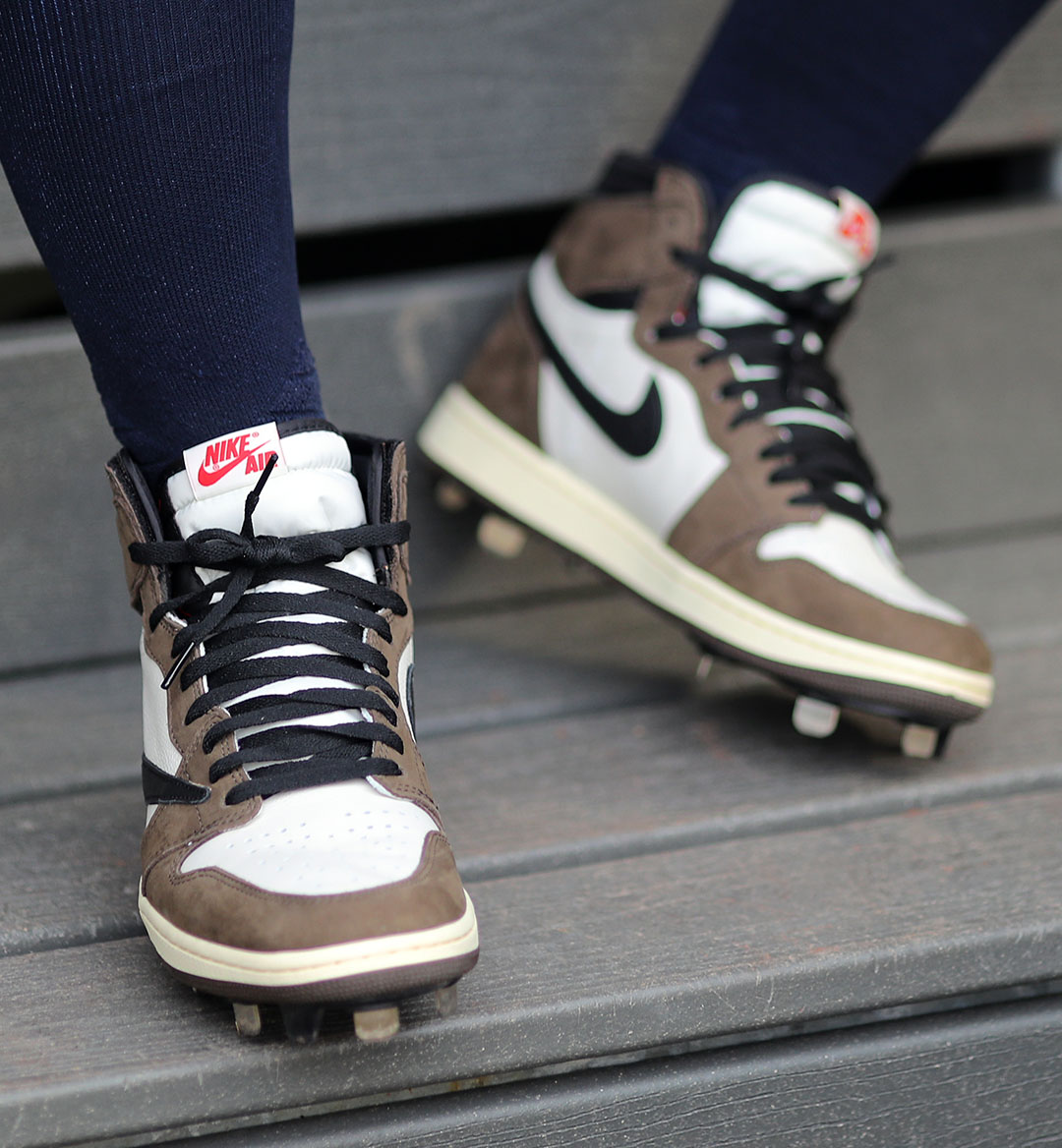 The custom sneaker business is booming. With athletes yearning to stand out on the court and on the field, and leagues like the NBA and NFL loosening their restrictive color policies, the opportunity for custom designs has risen. Custom Cleats has become one of the premier customizers of cleats in sports. Started by Anthony Ambrosini in 2004, Custom Cleats has customized shoes for the likes of Marcell Ozuna, Clint Frazier, Russell Martin and more.

A former minor league catcher in the Montreal Expos system, Ambrosini decided to start his business after helping his brother Dominick manage a foot injury. The company grew after establishing a relationship with catcher Russell Martin, who was with the Yankees at the time.

The brand received exposure this season thanks to Yankees outfielder Clint Frazier breaking out some heat. This season, Frazier had the Air Jordan 11 “Concord,” Nigel Sylvester’s Air Jordan 1 collab, the Jordan 1 High OG Travis Scott and the Air Fear of God 1 all customized by Custom Cleats.

Ambrosini spoke with ONE37pm about how he started Custom Cleats, his side hustle stuffing envelopes at a young age and the first big break for his company.

When did you start Custom Cleats?

Anthony Ambrosini: In 2004. I started it when I was a minor league baseball player.

What made you think of doing that?

Ambrosini: I always had a passion for baseball growing up, but I always did want to start my own business and pave my own way. I was the kind of kid who would go into the PennySavers and order… I don’t know if I’m dating myself, but there were always ads about making money by stuffing envelopes for companies.

So it would be, like, send $35 in, we’ll send you the equipment. At 12 or 13, I would send $35 in, expecting to make money stuffing envelopes for these companies. I always wanted to make my own money and create my own business, so I think that was definitely a passion at a young age.

When you started the company, what were you thinking? How did you come up with the idea to work with cleats and with sneakers?

Ambrosini: I’ve always had a background with construction, working with my hands. So I always had a know-how of how to work with machinery. But the reason why I started or came up with the idea was I played in the minor leagues with my younger brother Dominick.

We were both in low A ball out in the Midwest League one year, and he ended up suffering a stress fracture in his foot. He would wear sneakers and turf shoes through batting practice and infield and outfield all the way through to game time because regular cleats would just kill his feet.

Obviously, once the game started he would have to wear the cleats because there was no other option. Being an older brother and having a general know-how of how to do things, I said that I could try to incorporate the shoe that he wants to wear and try to put some type of traction on the bottom.

It started as a really low-level kind of concoction. I would run at the field where we were playing and the cleat would fly off, and I’d be like “Wow, that doesn’t work.” It took about a year and a half to get a reliable cleat that I could give him to wear. So once he wore the cleats that I felt comfortable with him wearing, five guys in the clubhouse wanted them. And at the time when I came up with a cleat that worked, we were in high A ball in the Florida State League.

That process of testing the models took a year. A lot of people don’t have the patience to deal with failure when something doesn’t work out early on. What kept you moving through the process, and what was it like seeing it work out in the end?

Ambrosini: I’m a very determined person, so once I set my mind to something, I’m going to do it. I didn’t care if it took me one year or 20 years. I didn’t care, I wanted to figure out how to do it, I was on a mission. The failures of the prototypes that didn’t work didn’t slow me down at all.

Once I had a cleat that he wore, that sense of accomplishment when he came off the field and said “My feet feel so much better wearing these cleats than the other ones I’ve had” made me feel good.

You built a pretty big following recently. Yankees outfielder Clint Frazier is someone who comes to mind. What was your first big break in terms of a client or athlete who helped bring more exposure or attention early on?

Ambrosini: Sure, that’s an easy one. The guy who always was vocal about what I was doing and was in the big leagues was Russell Martin.

How did that situation happen?

Ambrosini: We started working together almost ten years ago when he was with the Yankees. Rob Cucuzza, the equipment manager for the New York Yankees, had called me and it was one of those moments where I missed the phone call and he left a voicemail. And I was listening to the voicemail and I was in disbelief, like “Wait, is this the New York Yankees?” Like, there’s no way.

Then I called him back, and sure enough, Russell Martin wanted me to make him some cleats. Then I realized this was really starting to spread. Once Russell Martin got his cleats, every single team that he signed with, I would get a grouping of players because he would talk about Custom Cleats so well.

How big of a role does social media play for you when a player like Russell Martin or Clint Frazier is wearing cleats that you customized?

Ambrosini: I believe it serves as a huge role because everybody wants to see what the new cleat is that’s coming out, and then if I have a grouping of major league baseball players who are wearing the cleats, it gives me some validity. The amateur customer who was thinking of doing a conversion but wasn’t really sure if it was a real thing, they see these players that are on television wearing custom cleats and now the name of Custom Cleats is out there. It has helped a lot.

I read that you specifically work in baseball and golf. Do you ever want to expand into football or other sports that use cleats?

Ambrosini: We have made some football cleats. It’s very spotty, but we made a pair of cleats for Dez Bryant for the championship game. I’m not really sure if he wore them. I don’t think he did. I made a lot of cleats for Terrell Suggs when he was with the Ravens.

Now I’ve teamed up with Flight Club, and they are approaching their NFL clients and asking them if they would want conversions. We just did three pairs of conversions for Denver Broncos cornerback Kareem Jackson. We did a couple pairs of Kobes for him.

We’ve seen some players wanting to wear Kobes or Jordans, shoes that are normally basketball shoes, and using them unconventionally in other sports. What do you make of that?

Ambrosini: It’s the main reason I started the company. I knew there was a need and a want throughout professional sports and amateur sports. People do want to be able to express themselves in their own way, and the amount of sneakers, styles and colorways gives them such a big opportunity to pick something that’s personal to them. There are a lot of cleat options, but nowhere near the sneaker options out there.

What are some goals you have for Custom Cleats?

Ambrosini: Just to keep growing. I enjoy working with the professional athletes, and amateur athletes for that matter. I want to keep making cleats and I enjoy what I do. I want to get bigger and bigger, if that’s the plan.

Here's how customs have changed the NBA's sneaker game.