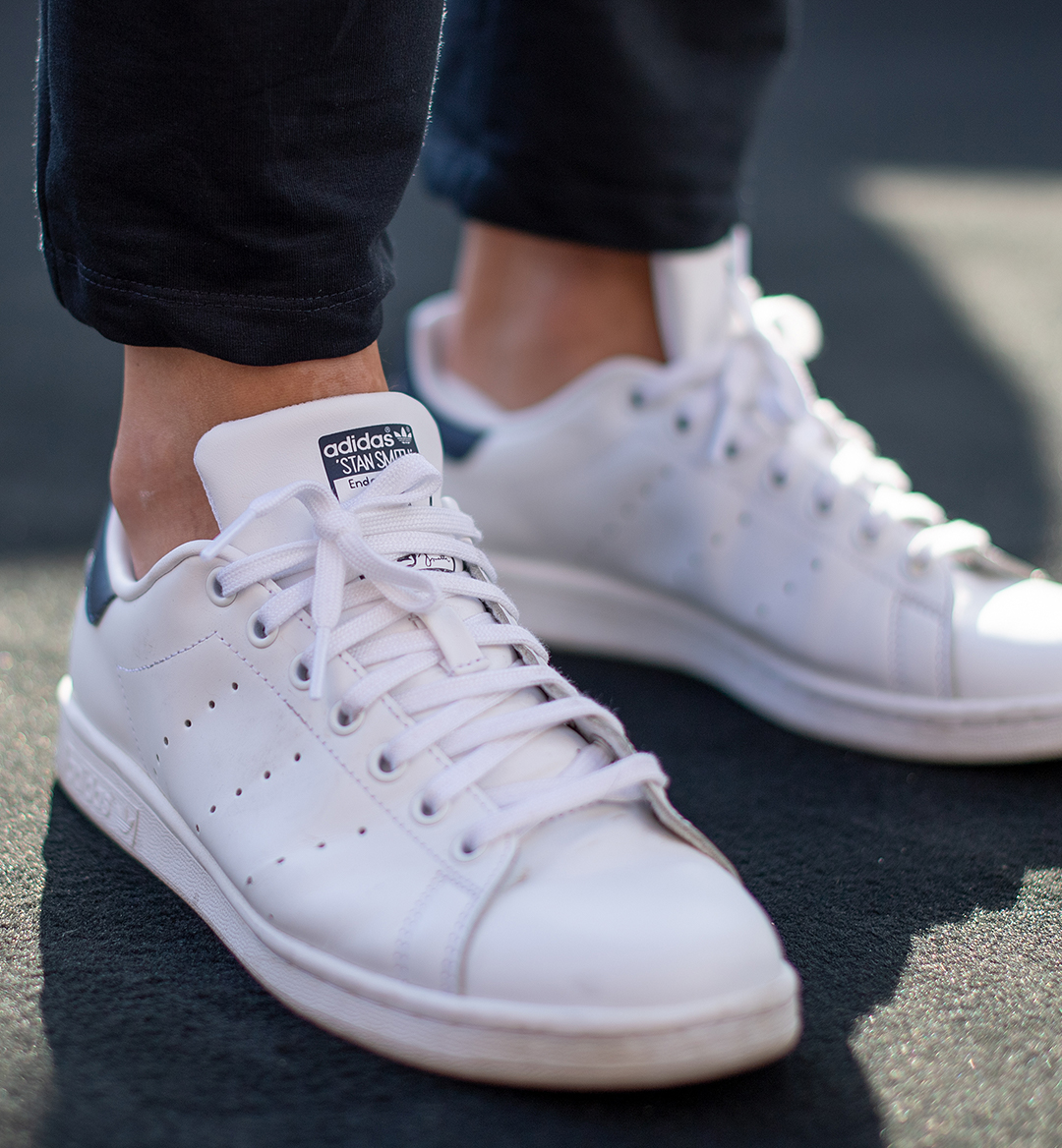 In this new series from ONE37pm, we list the definitive sneakers from each of the world’s leading sportswear brands.

For all its importance and cultural transcendence, Run DMC’s pivotal song “My Adidas” wasn’t the beginning of the German sportswear brand. First conceptualized by brothers Adolf “Adi” Dassler and Rudolf Dassler under the name Gebrüder Dassler Schuhfabrik in 1924, the company was officially deemed Adidas in 1949, owned and operated solely by Adi Dassler after a fight severed the brothers’ working relationship. Rudolf Dassler, however, would go on to form the rivaling brand, PUMA.

Adidas began to thrive almost immediately, moving beyond creating industry best track spikes for Olympic hero Jesse Owens under its old moniker, to producing a groundbreaking indoor soccer shoe dubbed the Samba. They would quickly conquer another sport with the introduction of the Adidas Superstar in 1969, a performance basketball sneaker that impressed with its protective shell toe and formidable leather coat whose durability helped prevent ankle injuries. Two years later, Adidas proved their dominance with the iconic Stan Smith for the eponymous 6’4” American tennis champion.

By the time the ‘80s arrived, rich in cultural resonance thanks to the emergence of hip hop and graffiti, Adidas was near the height of its powers. A talented rap trio from Queens would nudge them over the top, showering Adidas with praise in adoration for the shell-toe sneaker they famously wore without laces.

Breaking ground aesthetically and moving past the technological boundaries of their time with its Equipment “EQT” series, Adidas was no longer the scrappy upstart but a powerhouse shifting culture. Here, we list the 20 definitive Adidas sneakers that every sneakerhead should own, with a bit of history of each pair. 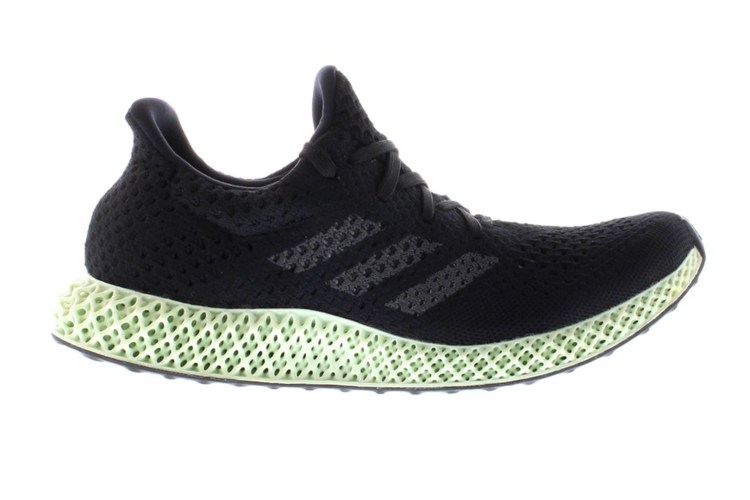 On the forefront of sneaker innovation and sustainability, Adidas, with its 4D printing at its robotics-driven Speedfactory facility, very literally set the course of the industry’s future with this progressive design. 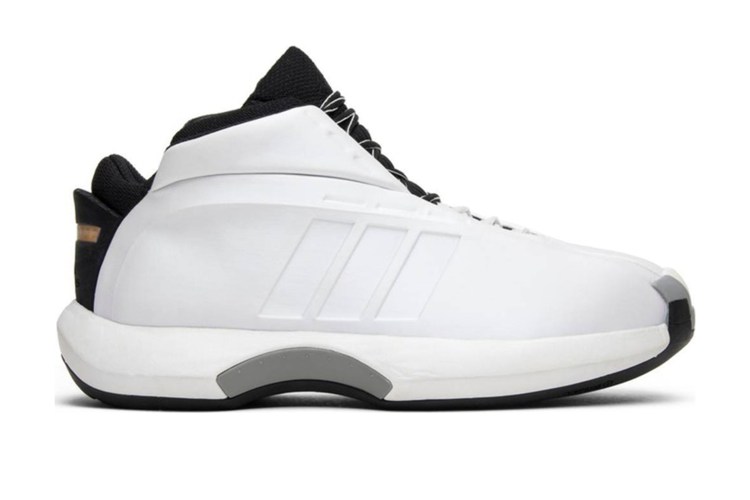 Originally released as a Kobe Bryant signature sneaker in 2000, the newly reborn Crazy 1 ADV was first—and famously known—as Adidas The Kobe. Polarizing and precise, just like the Black Mamba’s game, this design was inspired by the Audi TT, another fine German-engineered masterpiece. 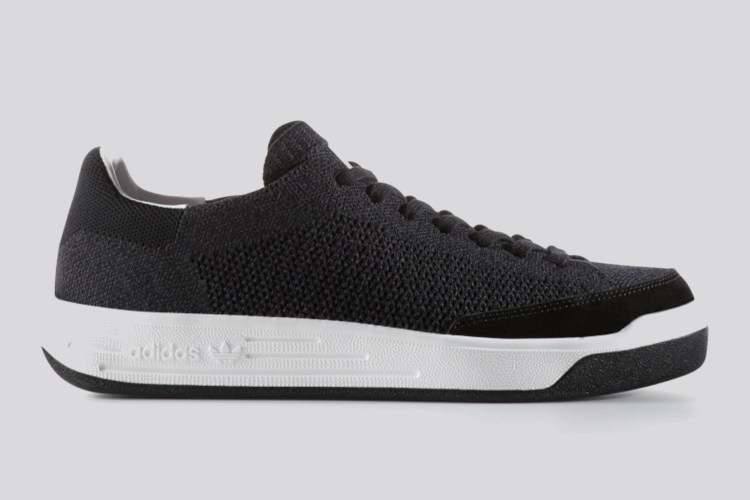 Following two historic Grand Slam victories, an Australian-born tennis pro named Rod Laver was gifted a signature sneaker by Adidas in 1970. Taking his name as its moniker the modern-day low-cut tennis shoe is somewhat unsung. While not nearly as iconic as what the Stan Smith has grown to be, the Laver still ranks among the best tennis signature models of all time. 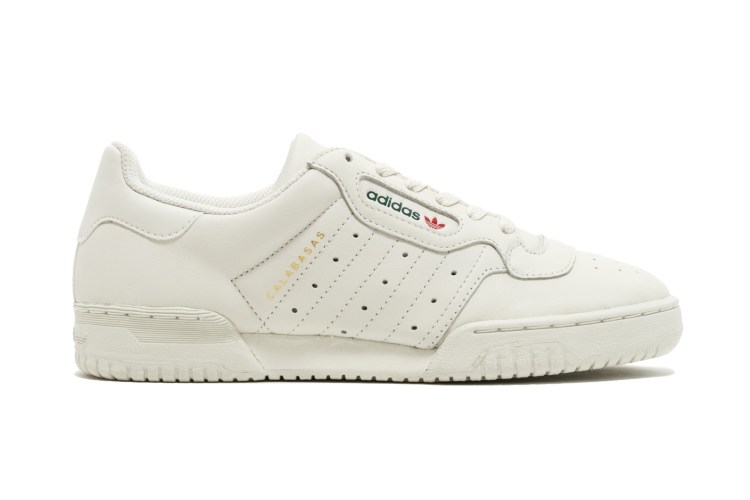 Basking in a new light after recieving a Kanye West co-sign, the vintage Adidas Powerphase is in the midst of a promising renaissance. Re-released in 2017 under West’s “Calabasas” label, the Powerphase is the focus of ‘80s nostalgia now at the forefront of contemporary sneaker culture. 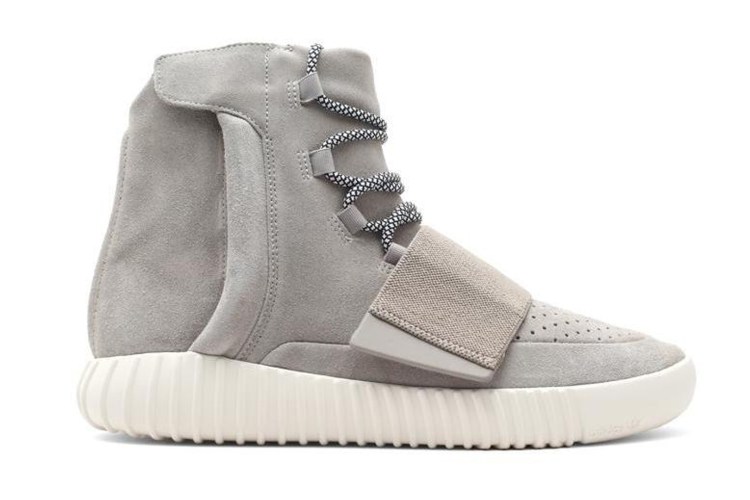 Kanye West recently (and affectionately) labeled himself “a product guy.” His truth is in the work, as his six-year influential run with Adidas has been nothing short of brilliant. West’s first official release with the three stripes back in 2015 was the Yeezy Boost 750. A towering design that marks one of his most avant-garde outings to date, West offered sneaker purists both a foundational design and showed them how to style it. The latter undeniably serves as one of his greatest powers. 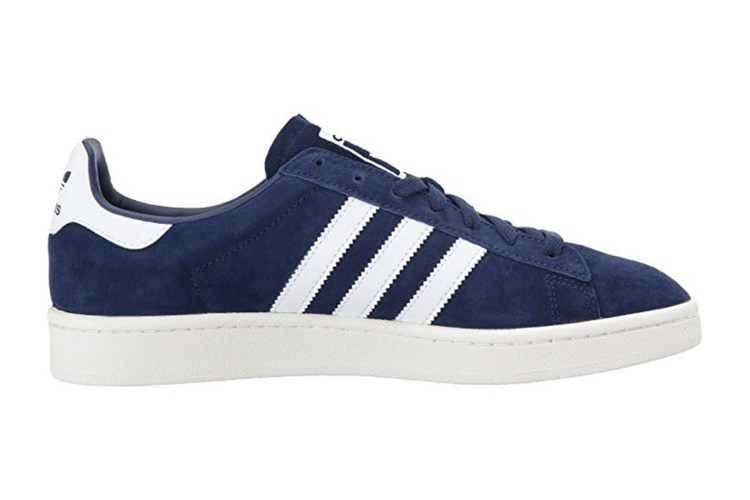 First released in the early years of the 1970s as the Tournament, the Adidas Campus would take its final name and find residence at the skatepark in the decade that would follow. Dipping in and around empty swimming pools given its thick vulcanized sole unit, the Campus today serves both as a tried-and-true skater and an everyday lifestyle sneaker. 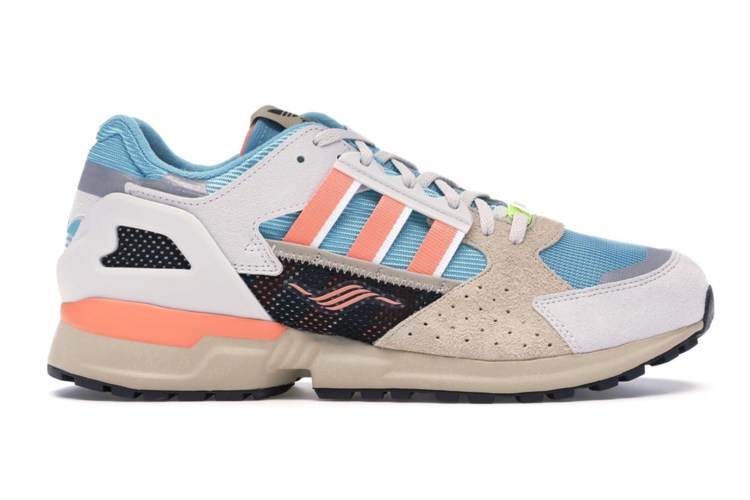 While the pioneering technologies of the Adidas ZX series have evolved with modern footwear advancements, the rich design language this dense series offered in the ‘80s has not been outmatched by any new or trending ideas. In fact, one of the best of the bunch—the ZX 1000c—has been updated with the innovations of today, now serving as both genre relic and as a piece of wearable history. 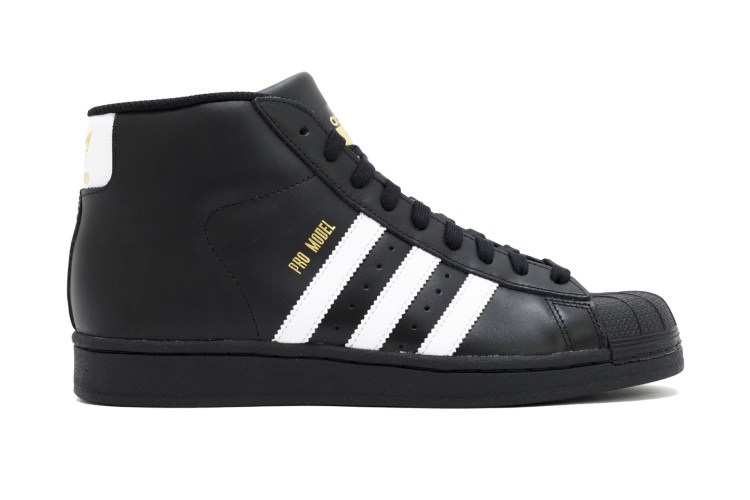 While sharing the shell-toe of the Superstar, the mid-top Adidas Pro Model released long before its high-profile sibling. A prominent basketball shoe, thanks in large to its premium leather makeup, the silhouette was a breath of fresh air to basketball players that had grown weary of canvas sneakers. NBA Hall of Famer, Kareem Abdul Jabbar, became the face of the Pro Model after signing an endorsement deal with the brand in 1976. 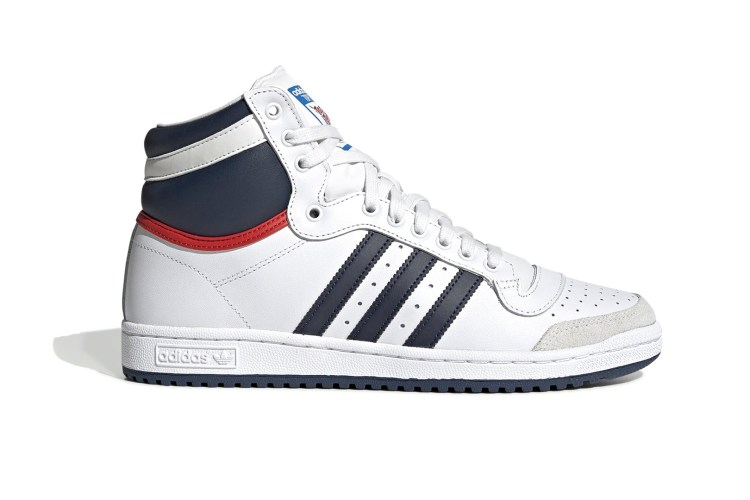 There was the Adidas Rivalry High and the Adidas Top Ten. Both high-top basketball sneakers similar in style and frame, and both predominantly produced in leather. The latter, released in 1979, originally served to outfit the top ten basketball players in the NBA—Doug Collins, Marques Johnson, Kermit Washington, Adrian Dantley, Bob Lanier, Bobby Jones, Billy Knight, Sidney Wicks, Mitch Kupchak and Kevin Grevey. Another NBA legend, Rick Barry, helped Adidas create the shoe and served as the face of the sneakers ad campaign. 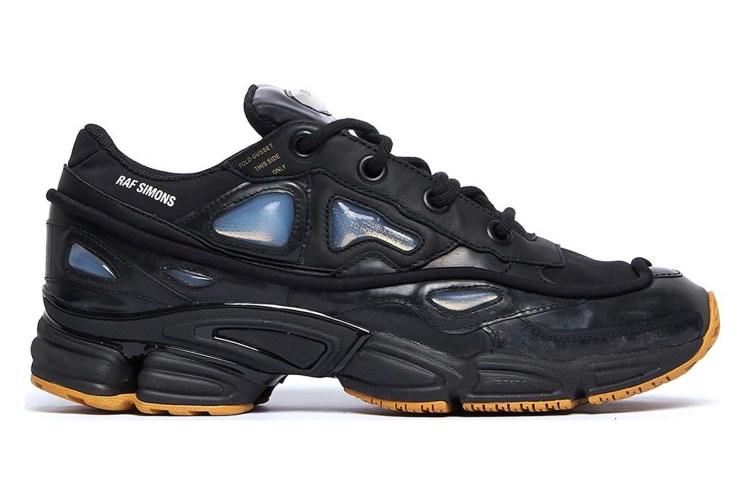 Designer collaborations in sneaker culture are as common as laces and soles. Adidas, working with the likes of Stella McCartney, Rick Owens and Yohji Yamamoto, found their most popular union with Belgian fashion designer Raf Simons. While repurposing the Stan Smith and vintage canvas gems like the Nizza, Simons’ Ozweego interpretation is his most ambitious and, equally, his most triumphant. 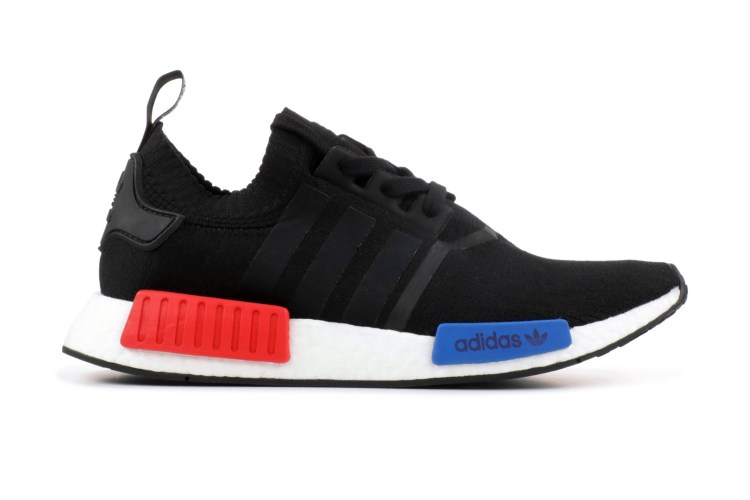 In what is realistically the second-coming of the ZX Flux, the Adidas NMD (or Adidas Nomad) quickly became culturally ubiquitous its release in December 2015. Despite some homogeneity, the NMD is a best-seller for a reason. And with new iterations from Pharrell Williams that continue to push the series forward, its upwards trend stands as a defining moment in Adidas’ brand history. 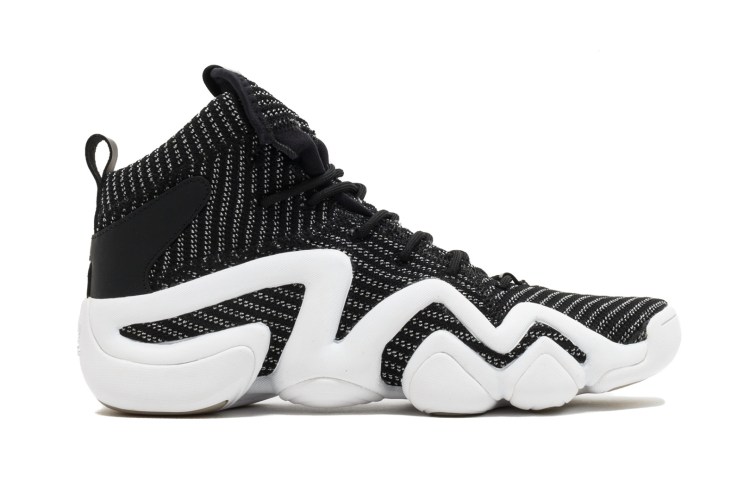 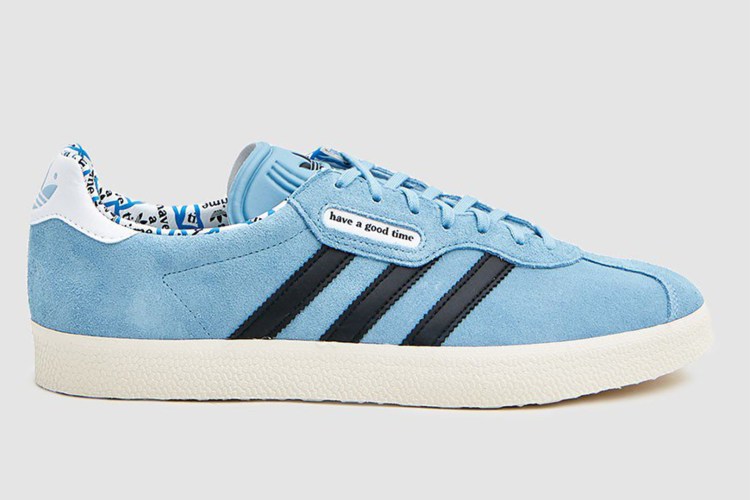 A representation of simple beauty, the Adidas Gazelle, first introduced as a track spike worn by the legendary Wilma Rudolph in the early 1960s, still stands as one of the brand’s most-worn sneakers to date. The very first Adidas shoe produced in suede or, in its earliest iterations, kangaroo velour, has managed to move through space and time without losing its intangible allure. Recently reissued in the US, the Gazelle enjoyed popularity in abundance in the UK in the 1980s and ‘90s. 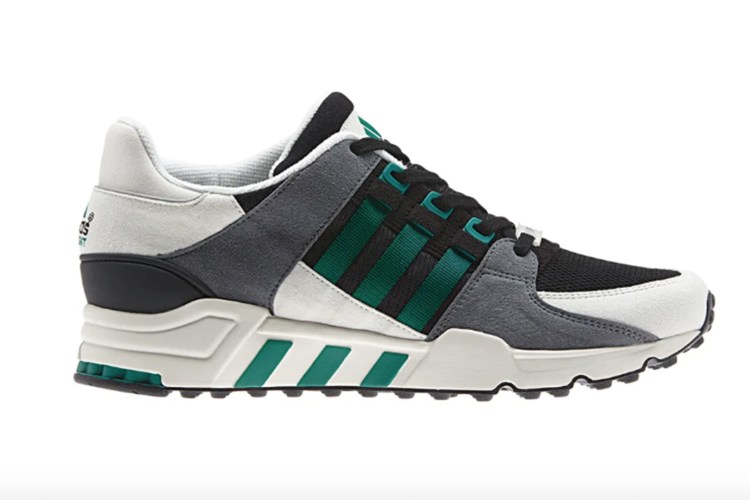 “Everything that’s essential. Nothing that’s not.” Those are the words of famed designer Peter Moore, who came to Adidas and worked on its Equipment series after designing the Air Jordan 1 for Nike. His work in the early ‘90s all but saved Adidas which was on the brink of bankruptcy shortly before his arrival. The Equipment series, by in large, was the company’s grand repositioning in the sneaker landscape. Moreover, the EQT Running Support, released in 1993, was a marketable and stylish runner with cross-training duality. A status symbol overseas, the EQT line slowly rose to fame in the States. Today, the Running Support and the series as a whole serve as a prime collaborative canvas for the likes of Adidas’ creative partner, Pusha T. 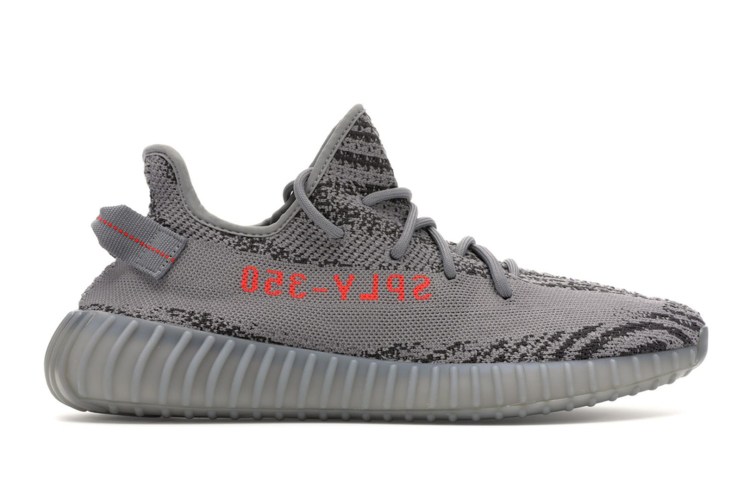 When Kanye West first released his indomitable Yeezy Boost 350 in September 2016, securing a pair was undeniably the most difficult task in sneakers. Fast forward three years, and in the midst of the cultural saturation of its successor—the Yeezy Boost 350 V2—getting your hands on the Boost-laden silhouette is far easier. This is based on a promise West made years ago, stating that one day everyone that wanted Yeezy’s would soon have a pair. Increasing production, yet careful to not overpopulate a shoe—thus devaluing its cultural capital—is a strategic and tedious process. Brands like Adidas have mastered it to their benefit. 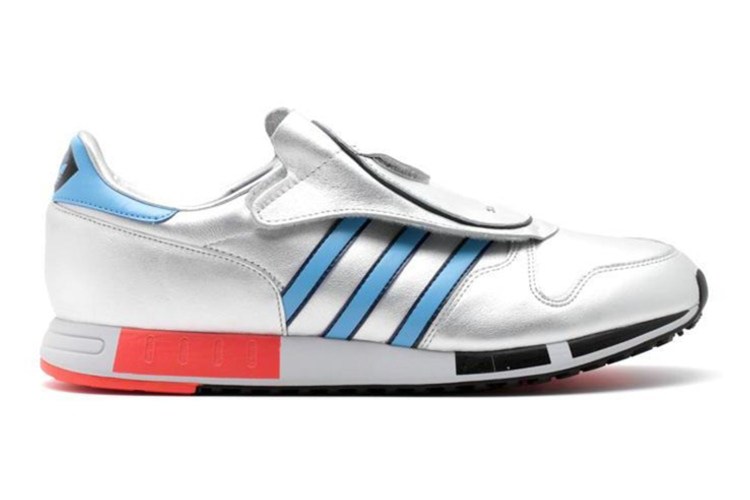 The history of smart sneakers isn’t as long nor as polished as one might think. In 1984, however, Adidas broke new ground with its revolutionary Micropacer. Centralized by an integrated computing system set to record running distance, running pace and calorie intake, the Micropacer was the very first of its kind. Released in accordance with the Los Angeles Olympic Games, the sneaker earned a place at the Computer Museum History Centre in Boston for its groundbreaking contributions to the industry. In 2014 to celebrate its 30th anniversary, a retro of the original colorway and new styles were released. 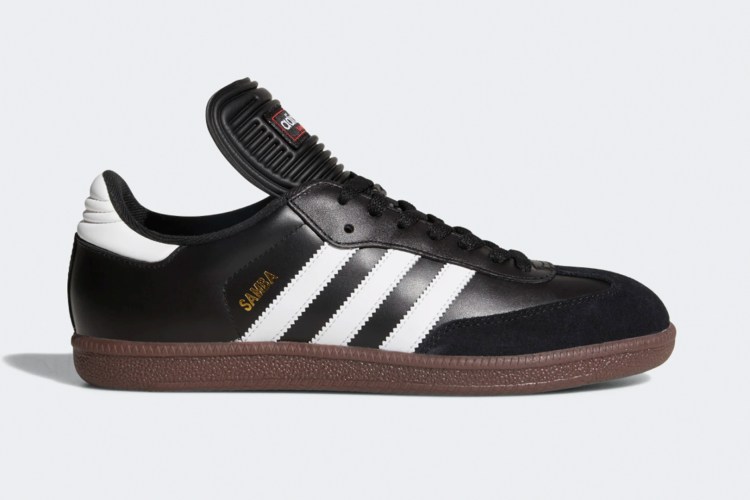 Widely recognized as the first official sneaker that Adidas released in 1949, the performance-focused Adidas Samba is an indoor soccer shoe that helped players train on icy and unforgiving terrain. Given its soccer origins, the Samba—like the Spezial and ZX series—has always been far more popular in Europe than in America. The brand’s second best-selling sneaker of all time behind the Stan Smith, the Samba, along with many other firsts, helped debut the trefoil logo and the iconic three stripes on the shoe’s lateral and medial siding. Over the years, this low-cut soccer trainer released in many special editions. It’s still worn by soccer players globally today. 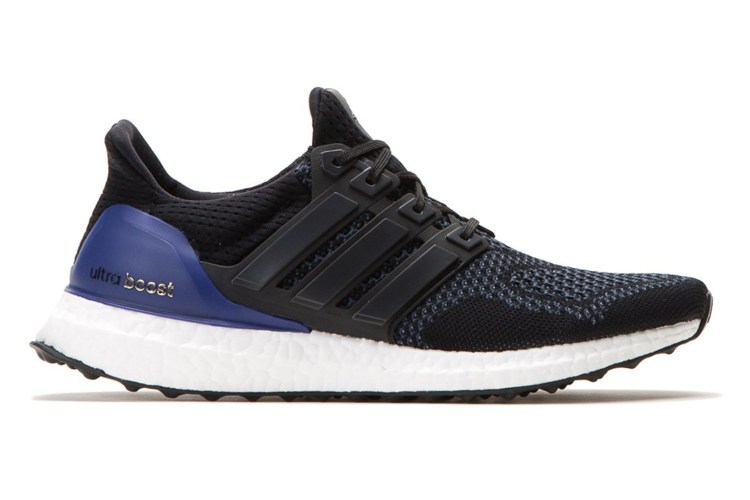 There hasn’t been an Adidas running sneaker more important in the last 30 years than the Ultra Boost. When it was released in 2015 on the front-end of the brand’s renaissance, the shoe came with a considerable amount of controversy. In the initial marketing campaign, Adidas boldly proclaimed that the Ultraboost was the best running sneaker ever. On its face, the stance was both boisterous and incredulous. Now, though, looking back, the move proved to be extremely effective. Now in its fifth iteration, the Ultra Boost remains a brand best-seller and the most-worn new Adidas silhouette. 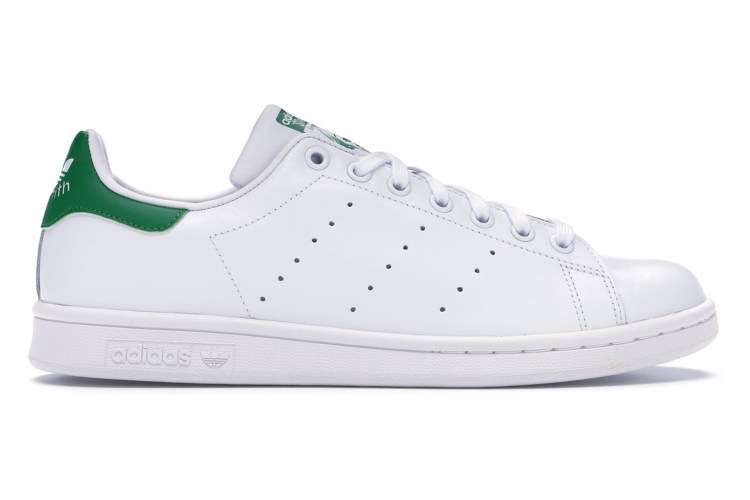 Adidas’ all-time best selling sneaker, the Stan Smith, wasn’t always the Stan Smith. Initially, in 1965, the shoe was dubbed the Adidas Robert Haillet, a signature model for the French tennis pro of the same name. Horst Dassler, the son of Adolph Dassler, both conceptualized and produced the shoe. It was the first leather tennis sneaker when all others were manufactured in canvas. It wasn’t until his US Open win in 1971 and a subsequent Wimbledon victory in 1972 that Adidas passed on the shoe to Stan Smith following Haillet’s retirement. However, the shoe’s title didn’t officially change to the Adidas Stan Smith until 1978. Adidas has reissued the Stan several times since the late ‘80s, and it serves as one of the best lifestyle sneakers from any brand. 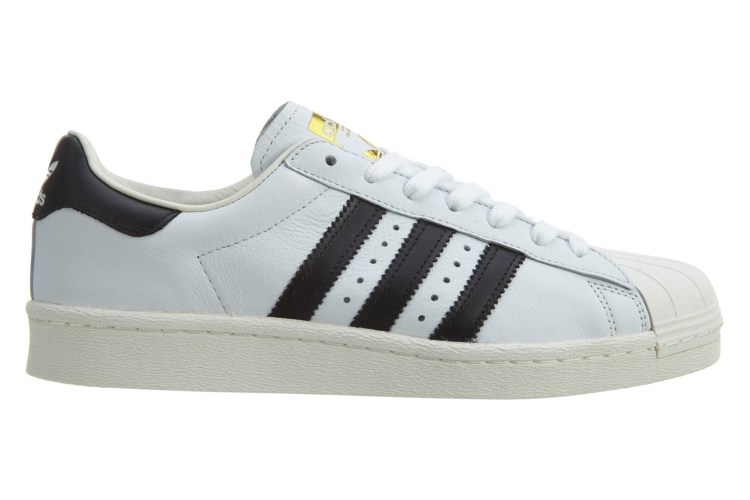 A very hard truth that few mentions when narrating the history of the Adidas Superstar is that this shoe was dead in the water before RUN DMC and the emergence of hip-hop in the late ‘80s. Financially, Adidas was on its last leg and in dire need of a win. Rev Run, DMC and Jam Master Jay were the lifeline the brand desperately needed but never knew they’d get. To that end, so was Gerald Deas, a member of the alt-rap group Creative Funk, who in 1985 released the song “Felon Sneakers.” The anti-sneaker rap song was against groups like RUN DMC wearing so-called “d-boy sneakers”—specifically, wearing them without laces which prison inmates often did as laces (on the inside) were considered makeshift weapons. In response, RUN DMC released “My Adidas” in 1986 to critical and cultural acclaim. It was the turning point Adidas needed and can’t be overstated as a seminal moment in not just Adidas history but in sneaker culture as a whole.

A Look Back At Some of Lenny Kravitz' Best Fashion Moments