The Air Jordan 4 ‘Cool Grey’ Is Back 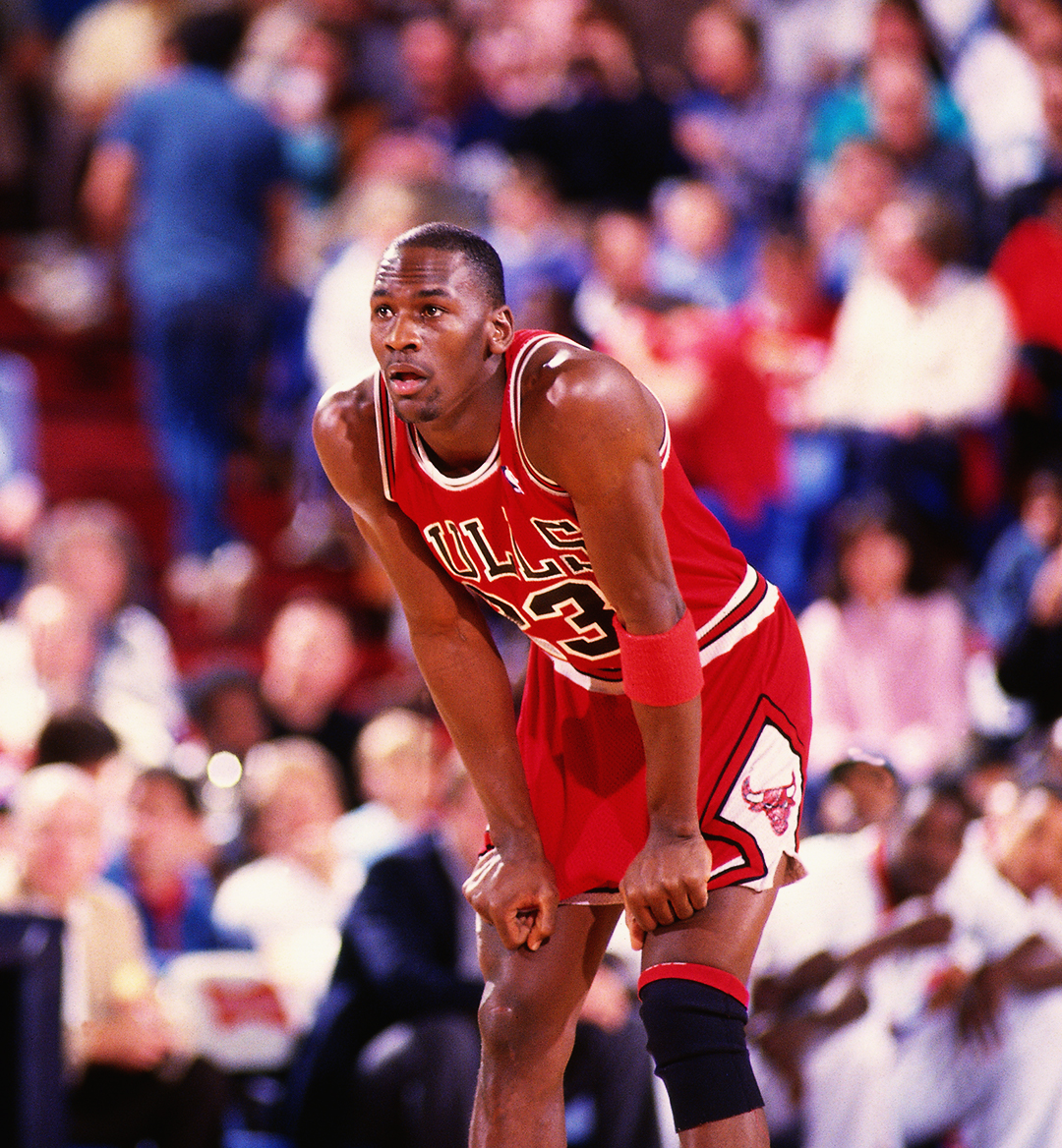 Available for the first time in 15 years, the Air Jordan 4 “Cool Grey” can be yours on August 1 for $190 at select Jordan Brand retailers globally, including Nike SNKRS.

During Tinker Hatfield’s ruminative design sessions for his masterful Air Jordan 4, both he and Nike wanted to work with someone they hadn’t in the year prior for the Air Jordan 3. Nike brought Michael Jordan into the fold ahead of releasing his fourth signature sneaker. The hope was that the newly crowned slam dunk champion would offer invaluable insight, giving the shoe a palpable nuance, reflecting his personality on the court.

Nike’s strategy proved to be successful. The Air Jordan 4 was an immediate smash, both on and off the court. Its on-court appeal was cemented on May 7, 1989, during that year’sNBA playoffs. In Game 5 of the Eastern Conference first round, Jordan’s Bulls found themselves down one point with just a few seconds left on the clock. It was the series’ deciding game, and the Bulls needed Jordan to add at least two more points to his tally of 42. Everyone knew where the ball was going. Everyone knew who was taking the final shot. But for Jordan, none of that mattered. As the final ticks rolled off the clock, he raced to the top of the key and rose up over Craig Ehlo for the series-winning basket.

The hope was that the newly crowned slam dunk champion would offer invaluable insight, giving the shoe a palpable nuance, reflecting his personality on the court. 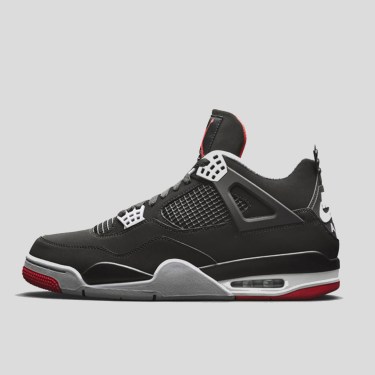 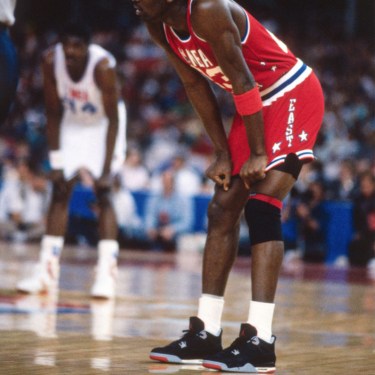 Now referred to as “The Shot” and considered one of Jordan’s defining career moments, it serves as an equally pivotal chapter in the Air Jordan 4 story. During that game, Jordan laced up the Air Jordan 4 “Bred,” which was re-released earlier in 2019 during the NBA All-Star Weekend in February.

A short time after “The Shot,” Spike Lee (whose beloved character Mars Blackmon appeared in the timeless Air Jordan 3 marketing efforts) ignited the Air Jordan 4 in an adjacent marketing campaign with the release of his latest joint, Do the Right Thing, in July 1989. In the film, Giancarlo Esposito’s character Buggin’ Out famously dons the shoe, quickly making a place for it on the hardwood and the silver screen. The legend grew even more. 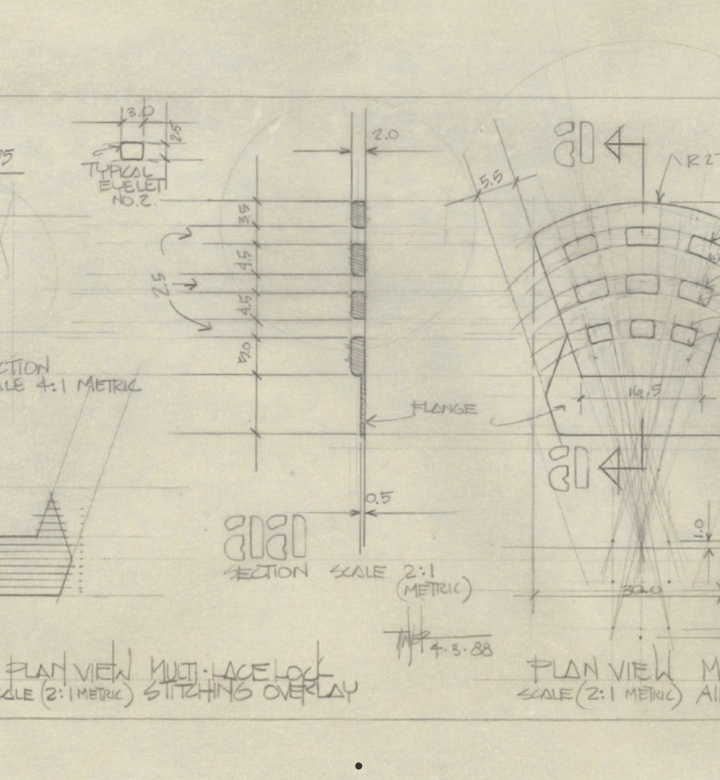 This period was ripe with classic non-OG colorways. The “Undefeated” 4 is certainly the rarest and most mythical, produced in collaboration with the Los Angeles streetwear label of the same name. Yet, pairs like the “Motorsport,” “Columbia,” “Oreo” and “Black Cat” all serve as essential Air Jordan 4's in their own right.

Now, Nike is re-releasing the Air Jordan 4 “Cool Grey” edition. First released in 2004 at the start of the sneakers’ creative rebirth, the greyscale palette was a distilling color shift from the red, black and white hues that dominated Jordan sneakers during his Chicago Bulls era. This contrast proved effective, similar to the “Pure Money” and “White/Classic Green” pairs which released around the same time. 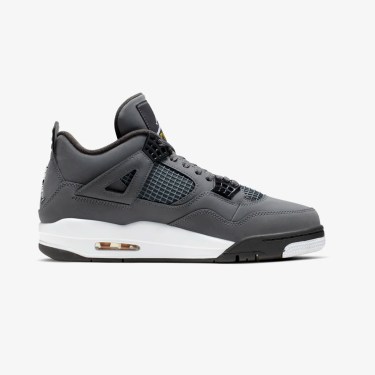 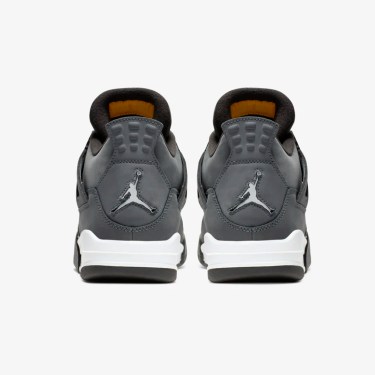 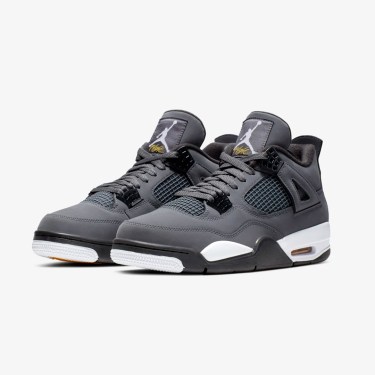 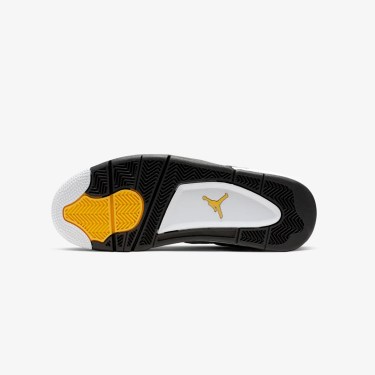 The “Cool Grey” 4 has not been commercially available since the shoe was initially released 15 years ago. Now it’ll return for the 30th anniversary of the Air Jordan 4, and there couldn’t be a more opportune time. This retro will be noticeably advanced compared with those from the early 2000s. We’re now in an era where Air Jordan retros are remastered with premium materials, besting older pairs with vastly enriched fabrications. The new Durabuck, suede and leather are far superior. Synthetics are smoother and environmentally sound. Essentially, there hasn’t been a better time to buy vintage-style basketball sneakers than right now.

Dissecting the Recipe for Virality with Davide Perella