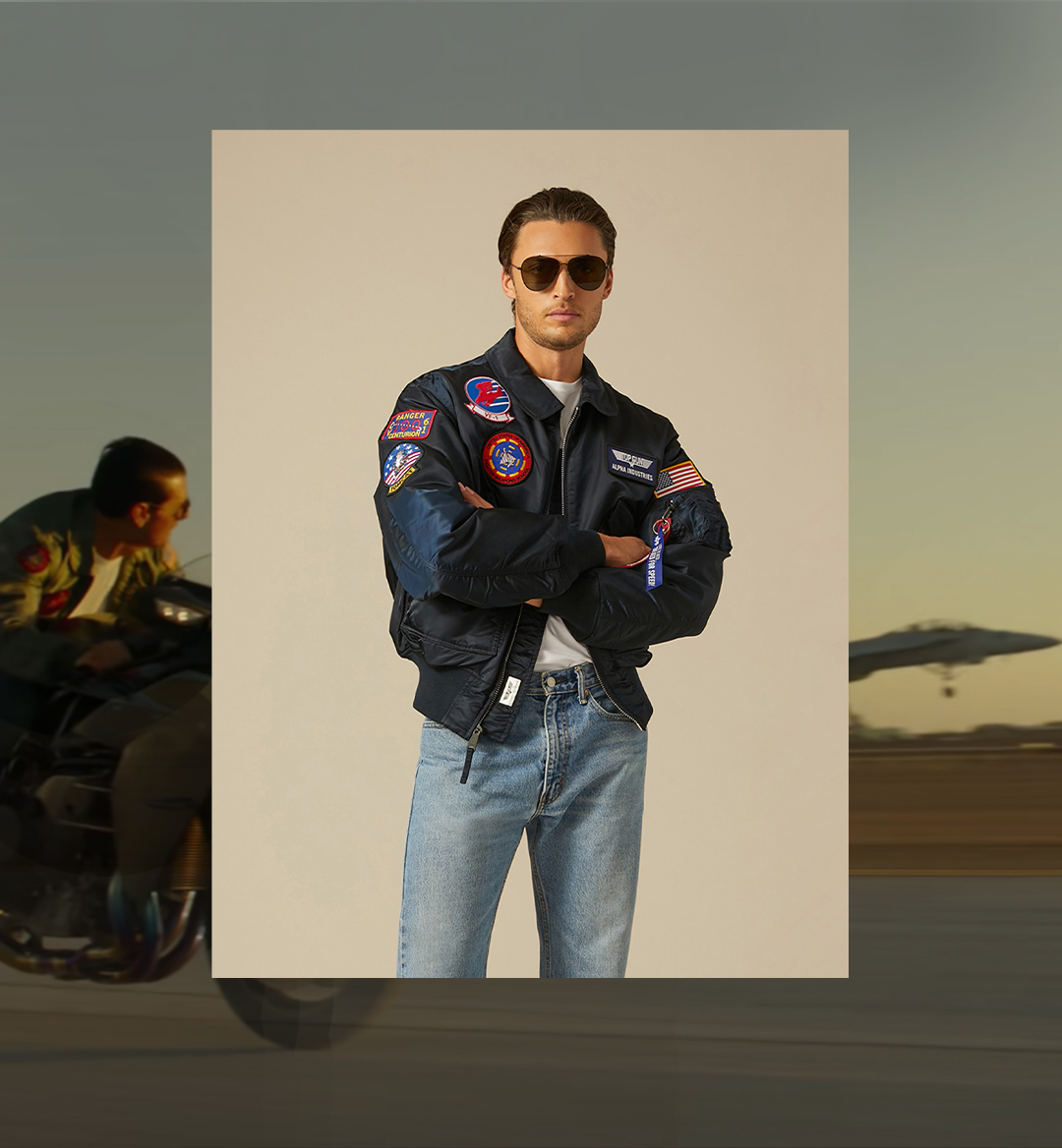 By now you’ve probably heard the news of Top Gun: Maverick being the No 1. movie again, and with the box office sales soaring, the movie is also experiencing massive success in the fashion lane. On May 19th, American heritage brand Alpha Industries launched an exclusive capsule in partnership with Paramount Studios’ Top Gun film franchise to coincide with the sequel's premiere. 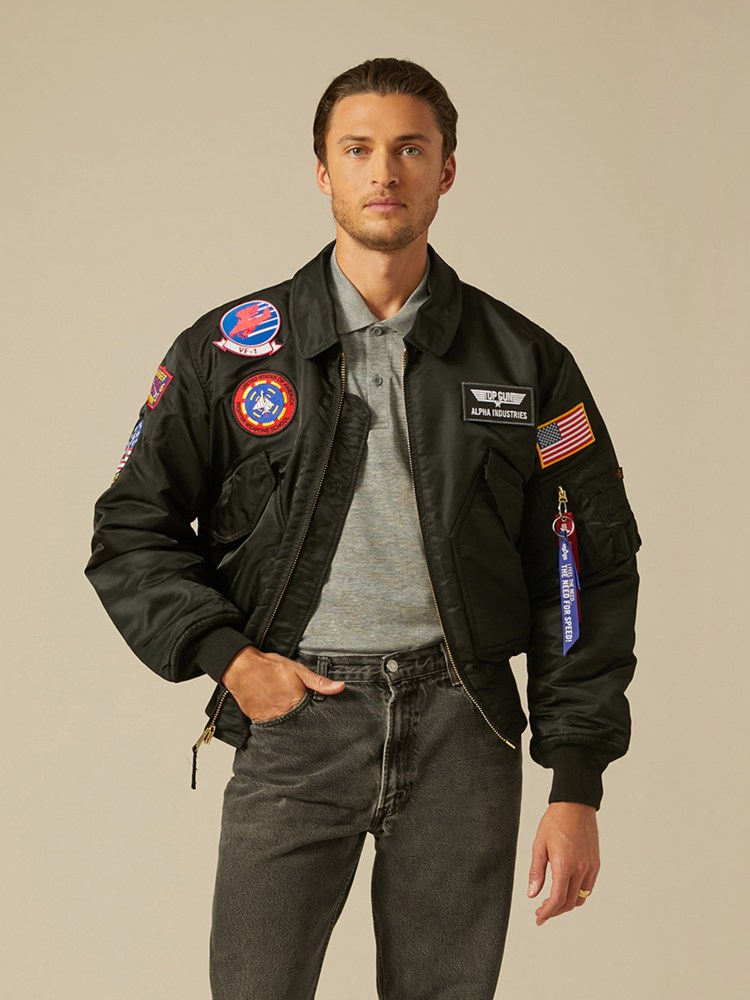 This collaboration was a special one for Alpha Industries as they were originally contracted by the U.S. Department of Defense over 50 years ago to outfit Americans on the frontlines – where the iconic MA-1 flight jacket was born. The Alpha Industries x Top Gun collection features two jackets and three tee styles – the jackets featuring Top Gun logo prints and aviation patches, and the tees feature aviation graphic prints and references to the original 1986 film. 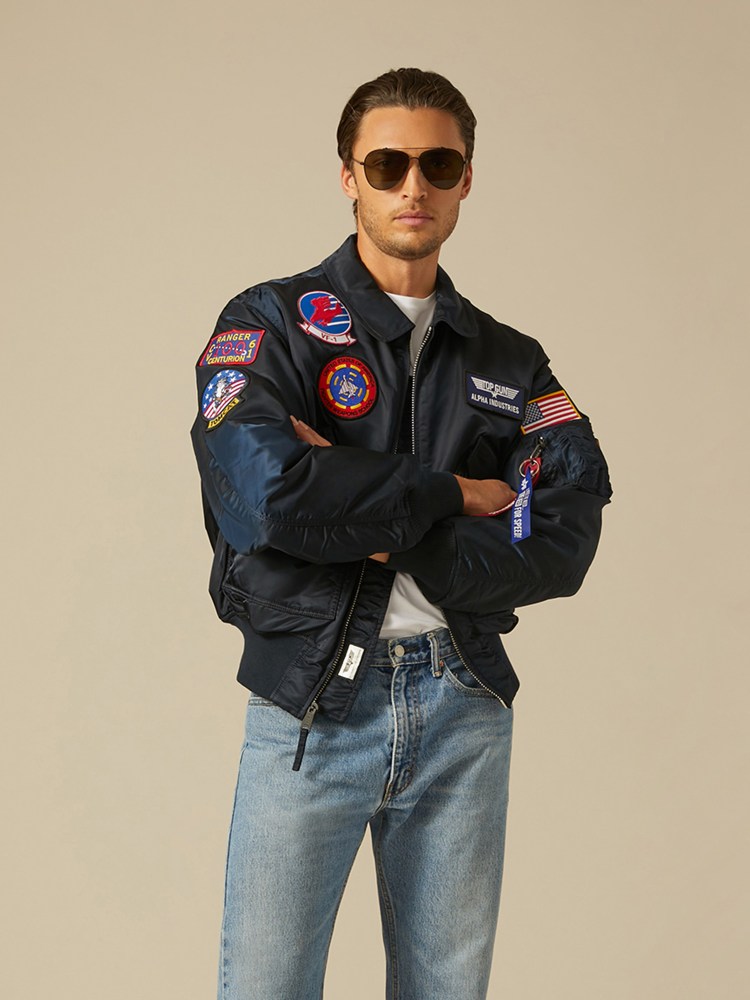 We caught up with Mike from the Alpha Industries team a couple of weeks ago to get the scoop on how this collaboration came to be, and what it represents from a historical and cultural perspective. 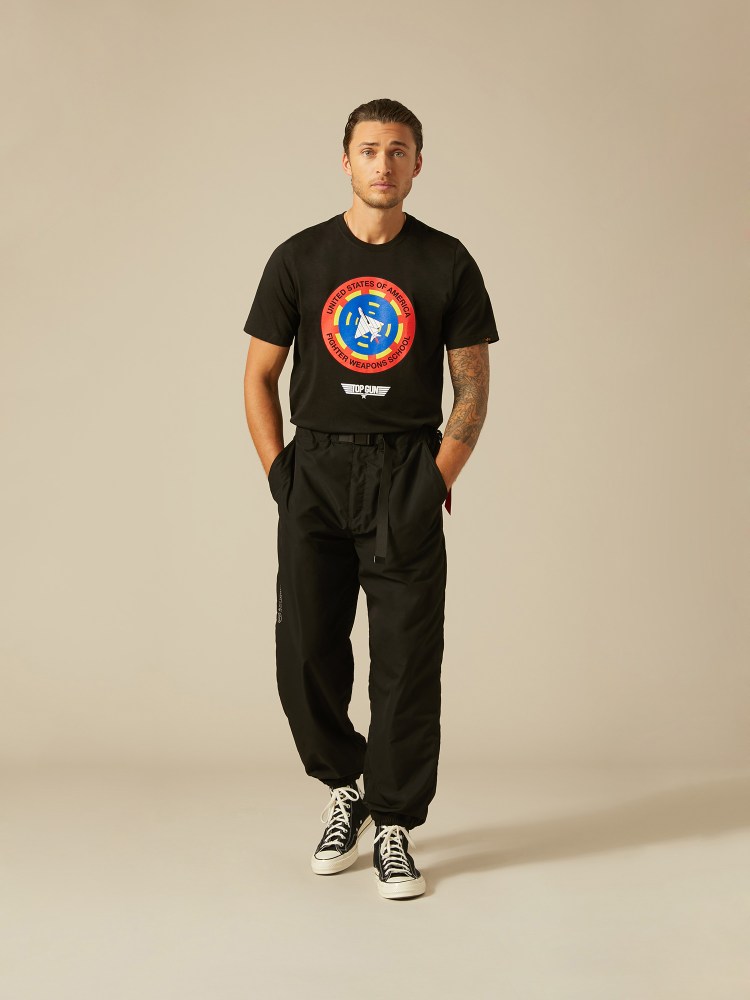 ONE37pm: Top Gun: Maverick is already causing a stir with its premiere at Cannes and its massive success at the box office. How does it feel to be working on a project like this nearly forty years after the original?

Mike: It feels amazing to be working on a project with Top Gun.  I was a young kid when the original came out and was blown away by the visuals, the score, and the soundtrack. This movie stirs up such a wonderful, nostalgic emotion for me and I was thrilled to be part of the team to bring this to market.

ONE37pm: This is a special collaboration as you all were originally contracted by the U.S. Department of Defense over 50 years ago to outfit Americans on the frontlines. What went into designing this collection?

Mike: The design began with our original military silhouettes, the CWU-45/P, and MA-1 Flight Jackets. Alpha was the preeminent supplier to the Navy and Air Force for these products. We added graphics from the movie to make them contemporary and celebrate the films. 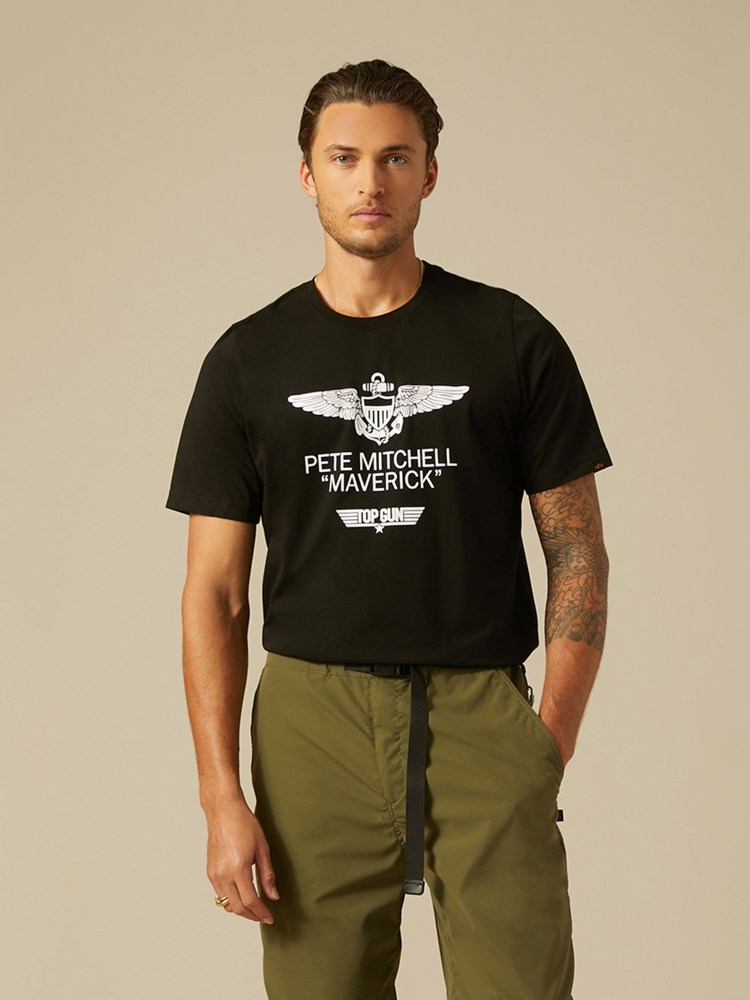 ONE37pm: What can fans expect in terms of this collaboration? What items will be available?

Mike: The CWU-45/P, and its predecessor MA-1, were the original jackets issued to and worn by real Navy Top Gun pilots. Alpha Industries was the key commercial partner to the Department of Defense in the 1950s through the 1990s in the development of these flight jackets and subsequently became the major supplier.  These jackets are so enmeshed into the DNA of Alpha Industries, which made this partnership with Top Gun: Maverick movie so seamless.

ONE37pm: What’s on the horizon for summer in terms of projects?

Mike: Alpha’s summer and fall lineup are very exciting. We are celebrating our 75th anniversary and have a ton of new collaborations and projects in the works. The next six months will bring big moments for our brand.

You can continue to keep up with Alpha Industries via their official website.

Also in some more style news for you guys: 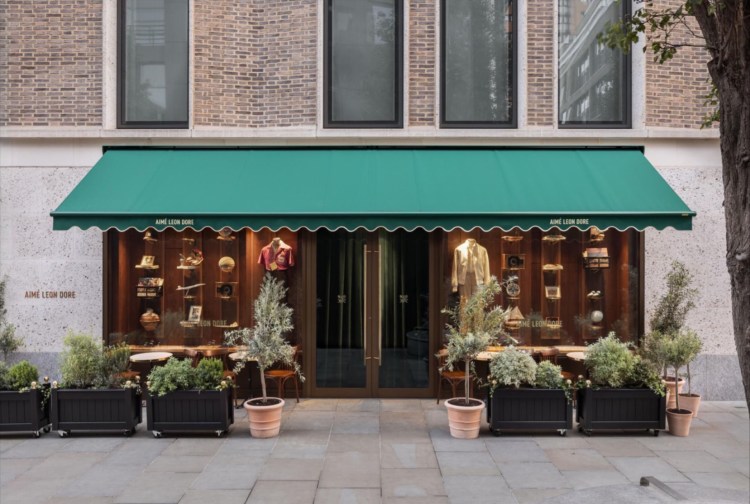 Aimé Leon Dore opens the door for their very first international store in London, UK. The brick-and-mortar is the latest extension and evolution of Aimé Leon Dore’s retail experience located at 32 Broadwick Street, in the heart of Soho, one of the most bustling districts in Central London. Designed by Sarita Posada Interiors, the two-story flagship features a modernized design and layout encompassed by dark walnut paneling, Cipollino marble floors layered with antique Persian rugs, custom fixtures, and furniture with leather insets and brass detailing throughout.

The store also features vintage artworks and furnishings, as well as a large-scale art piece by contemporary artist Tyrrell Winston, paying homage to the brand's New York roots and passion for basketball culture.

Also featured at the London flagship is the brand’s uniquely distinctive food and beverage component, Café Leon Dore. Featuring hand-cut marble flooring throughout with a brass logo inlay, the cafe also features the same walnut paneling, Calacatta Viola marble countertops, and a leather banquette. The Greek-inspired menu will feature key staples such as the Freddo espresso and cappuccino, an assortment of pastries as well as new menu items specific to London.

If you are in the London area, make sure you check it out! 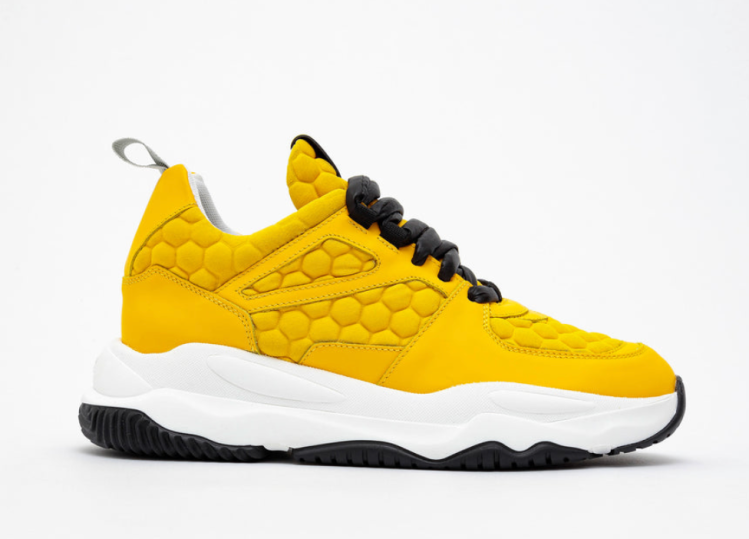 Made in partnership with and in support of the Ali Forney Center, the first-of-its-kind genderless collection allows anyone to shop any style, making self-expression free of any constraints or boundaries and offering style without limits, just as it should be. 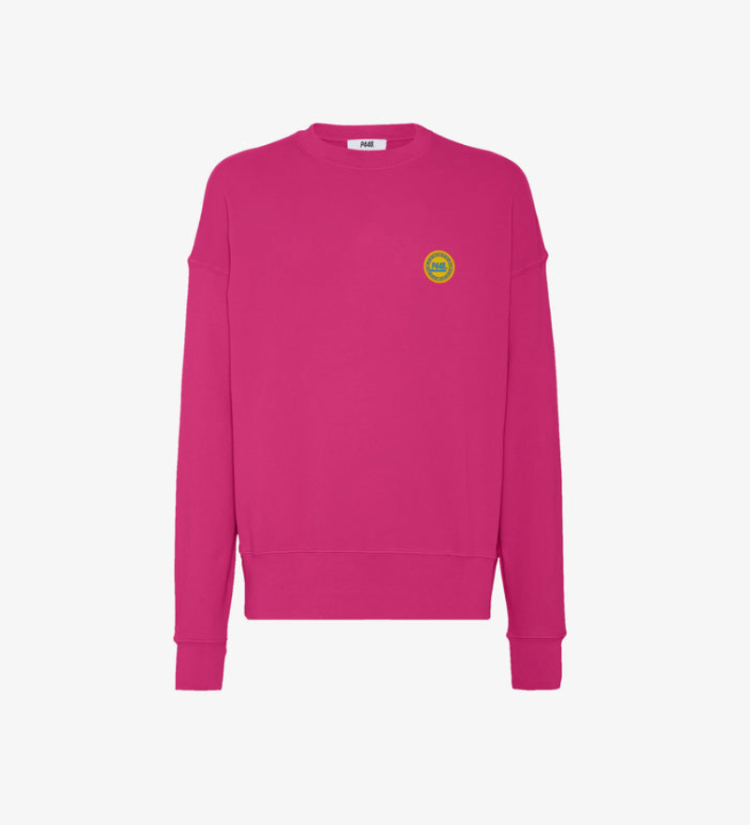 The first drop of the brand’s new evergreen, genderless line includes both sneaker and apparel styles; wearing P448 head to toe has never been easier or looked better.

Make sure you shop the collection!