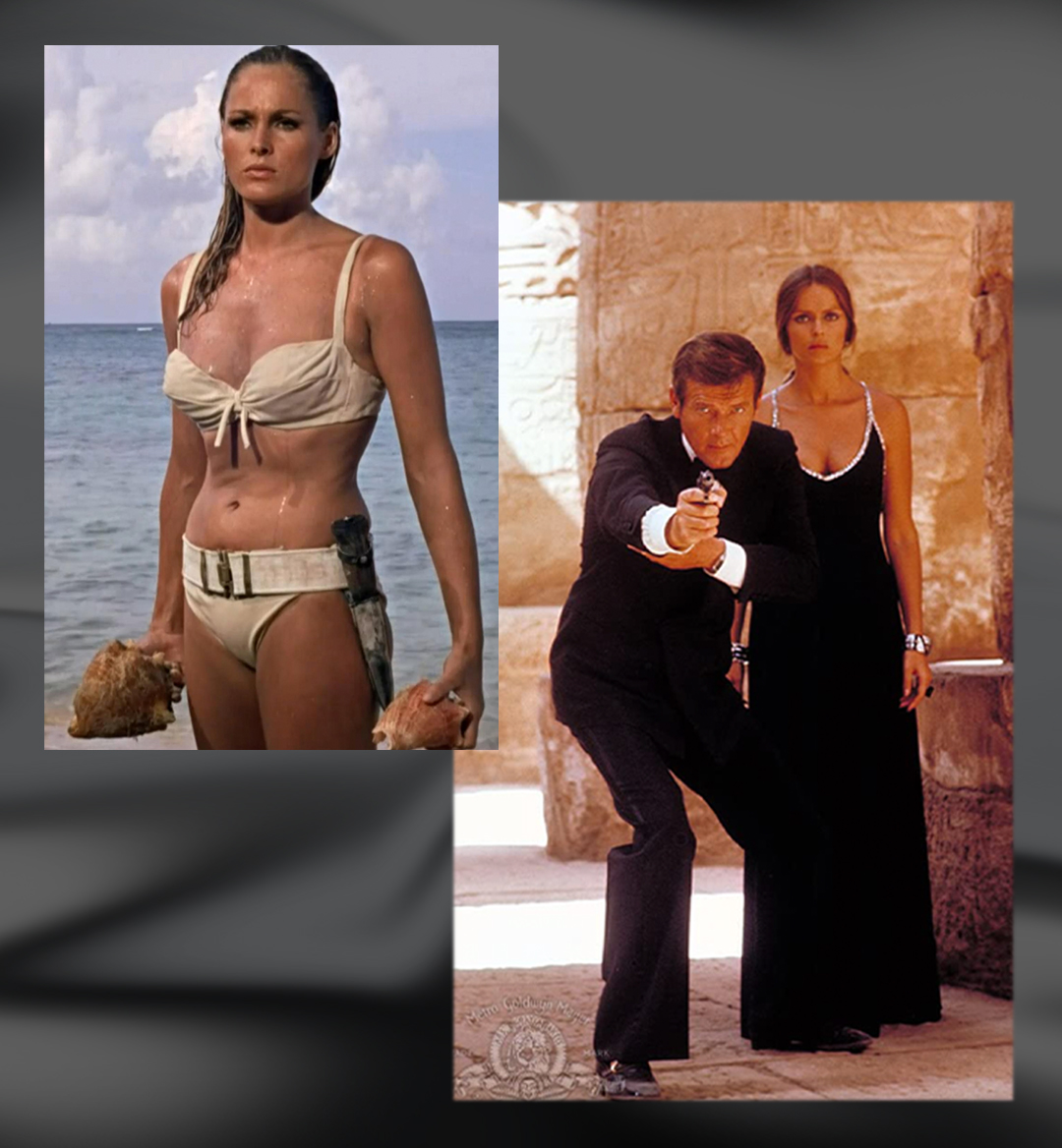 By: Jael Rucker
ONE37pm editors select every item that appears on this page, and the company may earn compensation through affiliate links within the story. You can learn more about that process here.

What exactly is a “Bond Girl,” and how do one go about qualifying for the list? As you guys probably know by now, the James Bond franchise is celebrating their 60th year, and with each suave dapper gentleman that has had the honor of portraying 007, there’s been an equally sultry Bond Girl by his side. As we turn the corner into a new era of Bond films, there’s plenty of speculation as to which actor is going to be the next James Bond, but until we get an official confirmation with an accompanying release date, the only thing we can do for the moment is look back. And since we’re looking back, that takes us to our original question.

What is a Bond Girl? 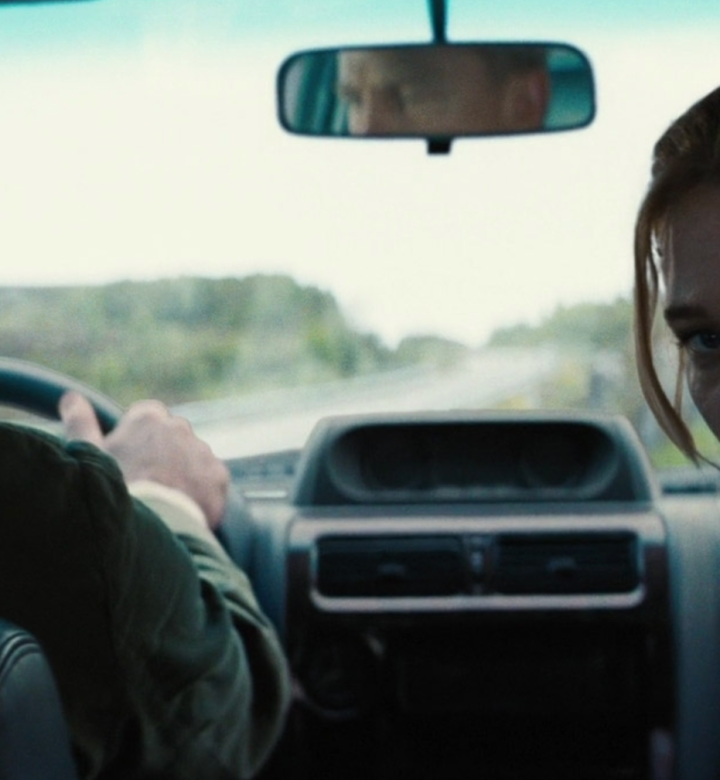 A Bond Girl is officially classified as being the character or the love interest or female companion of James Bond in a film, video game, or novel. While there are no set “rules” as to what characteristics make up a Bond Girl, it’s no secret that all of the actresses who have taken on the role are ones that have been considered amongst Hollywood’s most desirable. Bond Girls are bad, Bond Girls are beautiful, and Bond Girls know how to kick ass.

They are smart, witty, and know how to hold their own against Bond. Traditionally speaking, Bond Girls have been fashion forward, representing the current fashion trends, and they aren’t afraid to be sexy with nicknames such as Pussy Galore for example. In the words of Destiny’s Child in 2000, they are “Independent Women,” who are fierce.

The earliest we’ll probably see the next Bond movie is 2025, and once casting is complete, we will probably be introduced to a new Bond Girl. For now, however, let’s take a look back at the best James Bond Girls of all-time. 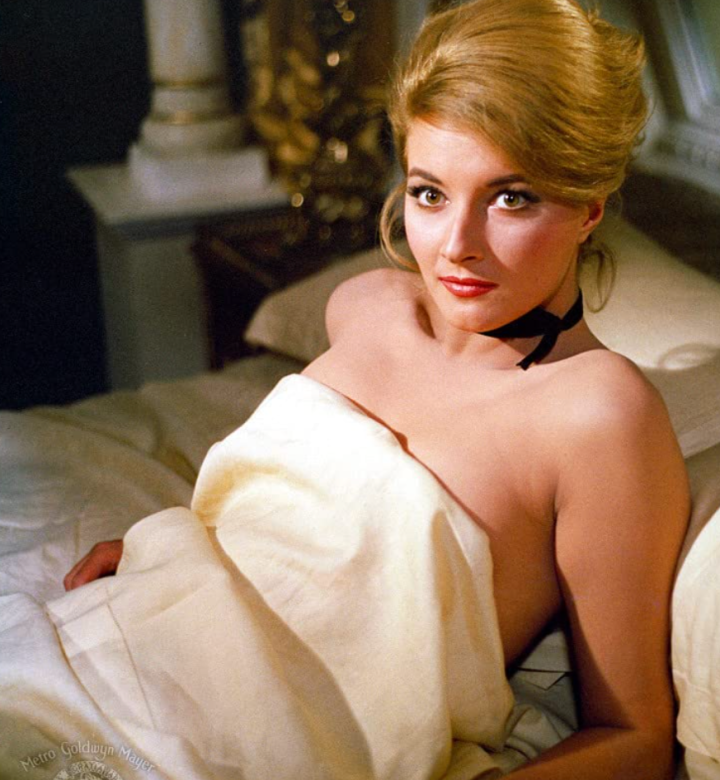 Italian Actress Daniela Bianchi starred as Tatiana Romanova alongside Sean Connery in the 1963 Bond film, From Russia With Love, playing a Soviet cipher clerk sent to entrap 007 aka James Bond. Her role as Romanova is regarded as her most notable, although she did go on to star in several French and Italian movies after her stint with Bond. Tatiana Romanova was sexy and sophisticated, sporting many memorable looks throughout the film. From Russia With Love was a box office success, grossing $79 million on a $2 million budget. 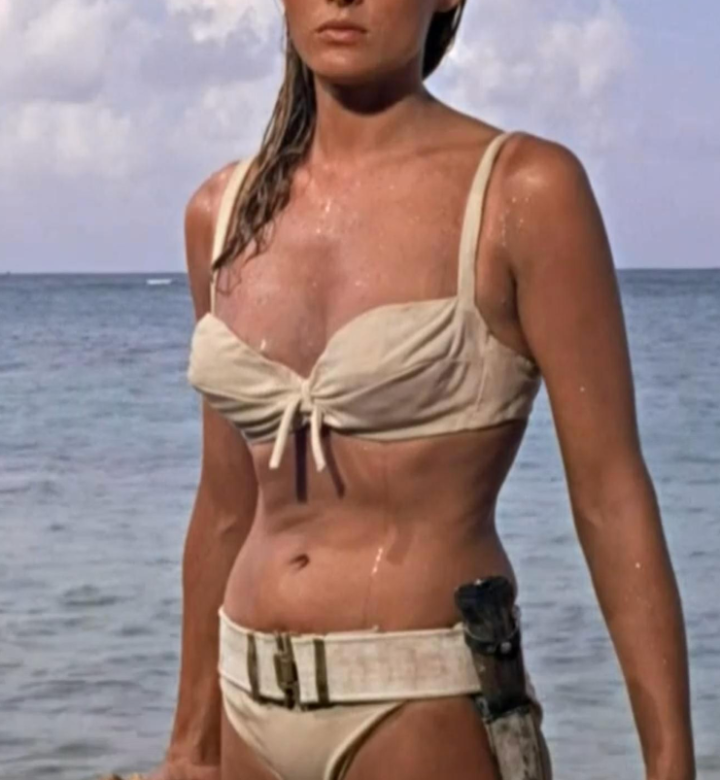 Also appearing in a Bond film that year was actress Ursula Andress, who starred as Honey Ryder in 1963’s Dr. No. Honey Ryder was the blonde bombshell and the original Bond Girl, with one of the most iconic entrances in film history, emerging from the ocean in a white bikini. Believe it or not, Honey Ryder’s official occupation before being tied up into the world of James Bond was…a Jamaican shell driver. Quite interesting. 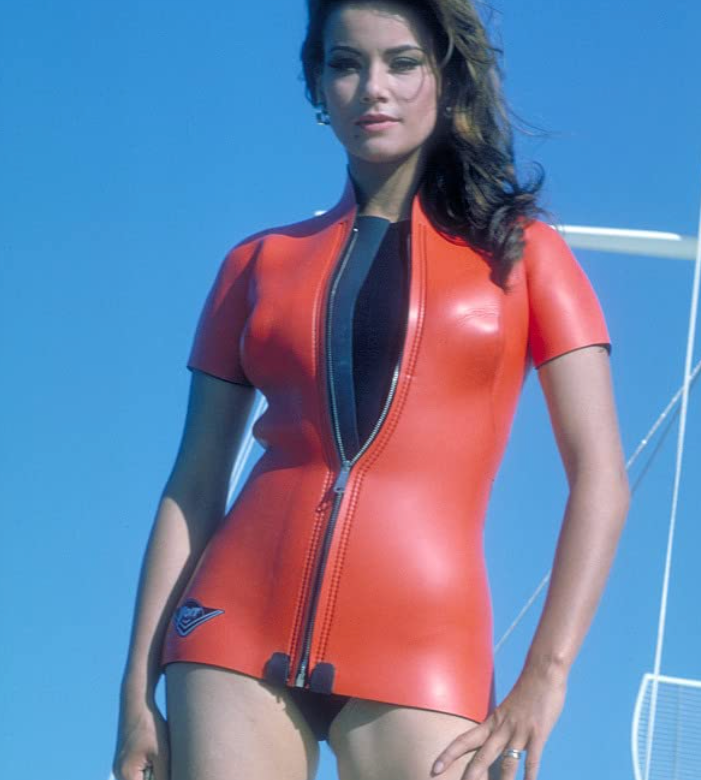 Domino Derval. Portrayed by French actress Claudine Auger, Domino was a fierce, nicely dressed preppy girl mixed with a little bit of 1960s pin-up. Her signature headwraps and mini-dresses were among some of her standout outfits in the film, with the attention being on her in every scene she was in. There’s no doubt that Claudine left her impact on the Bond Girl committee with her style and attitude. 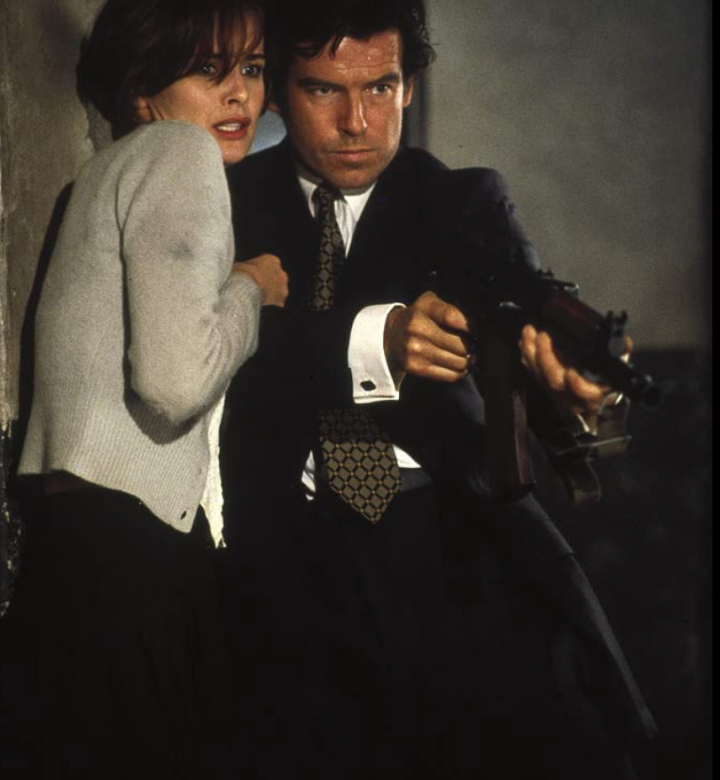 GoldenEye is considered to be the best Bond film in the Pierce Brosnan era, and starring alongside him was Izabella Scorupco as Natalya Simonova. Bond Girl Simonova was everything you would expect a Bond girl to be in the 1990s as she was intelligent, attractive, with a slight nerdiness to her which made her endearing. To this day, Scorupco is still fondly regarded amongst James Bond fans as being one of the best of the 90s decade. 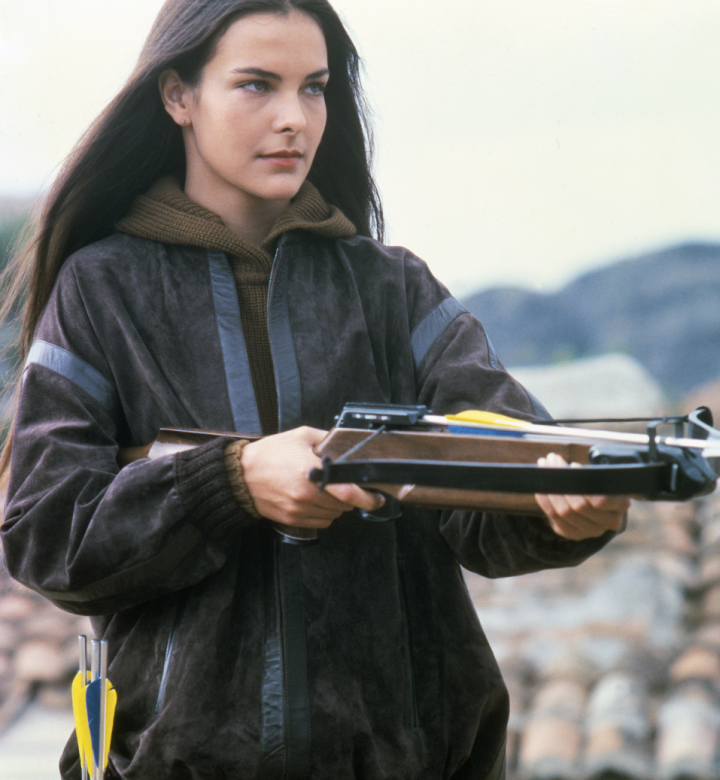 The early 1980s marked a turning point in the Bond franchise with 1971’s For Your Eyes Only. Starring Roger Moore, Carole Bouquet was assigned the duties of the designated Bond lady this time around with her portrayal of Melina Havelock. Nothing but blood ran through the veins of Melina Havelock, as she was willing to take down whoever was in her way to protect herself and her family, making her the perfect match to a more serious James Bond. 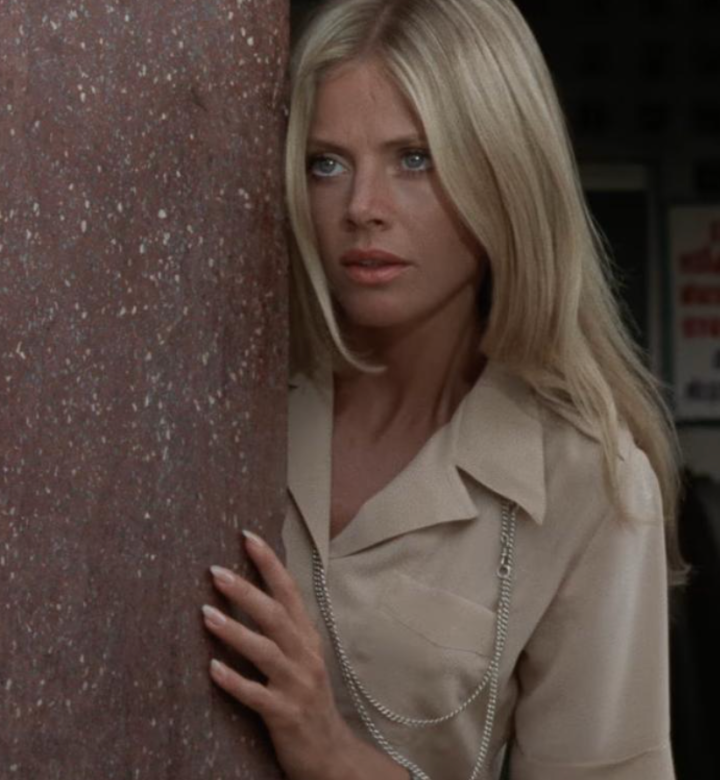 1974 saw the release of the Bond movie The Man With The Golden Gun, which starred Britt Ekland alongside Roger Moore as Mary Goodnight. When it comes to the conversation of Bond Girls, Mary Goodnight is often underrated as she was smart and funny. Mary Goodnight also had a nice sense of fashion, and was the definition of a 1970s hot girl with her bouncy waves and athletic frame. The Man With The Golden Gun wound up grossing $97.6 million, which wasn’t too shabby for its $7 million budget. 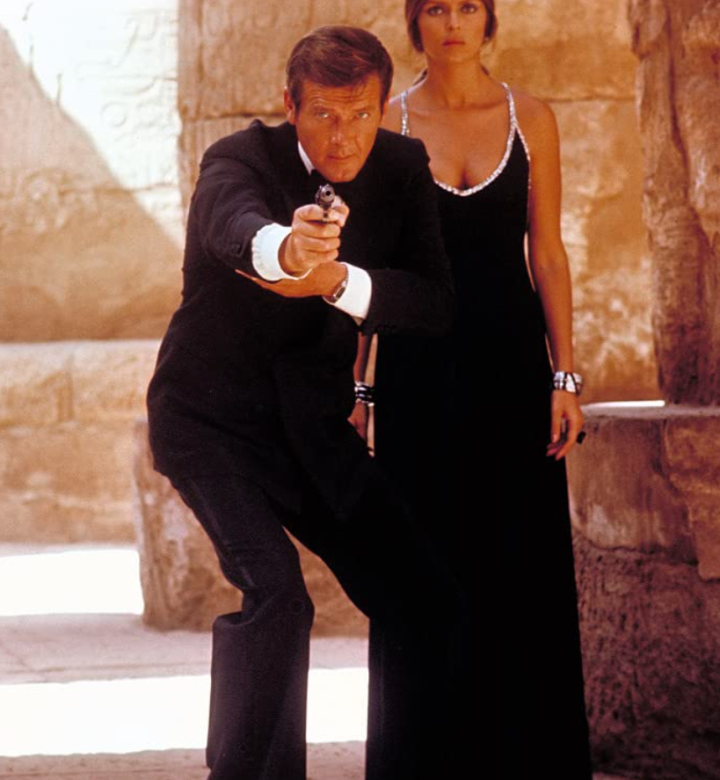 Major Anya Amasova was another 1970s hot girl with bouncy waves. Portrayed by Barbara Bach, Amasova, a KGB agent, was fearless, cunning, and cold, as she teamed with Bond who was once again played by Roger Moore, to defeat an evil shipping magnate named Karl Stromberg threatening to destroy New York City with nuclear bombs. The Spy Who Loved Me grossed $185 million at the box office, and is regarded as one of the most memorable Bond films. Barbara Bach can take pride in knowing she had something to do with that. 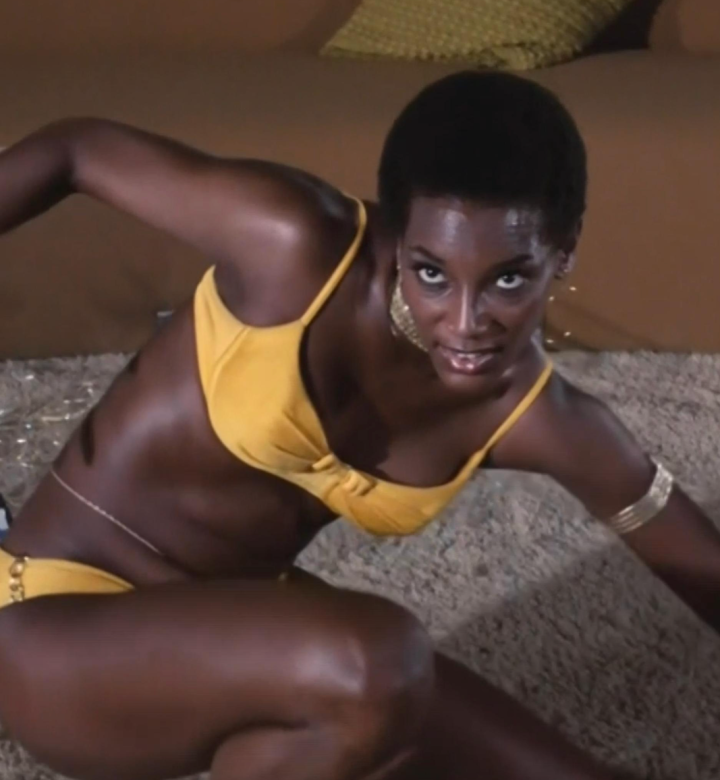 Trina Parks made history in 1971 as the first Black actress to star in a James Bond film with her portrayal of Thumper. Thumper was a bad mama jama as Sean Connery’s arch nemesis, kicking down the door and paving the way for future Black actresses to also star in James Bond movies.

Make no mistake, with this movie being released in the year 1971, this was a major feat, and one that should be talked about much more often as African American actors and actresses had been painfully typecast in years and decades prior. This one of the early major movements that would help continue to make progress in that regard. 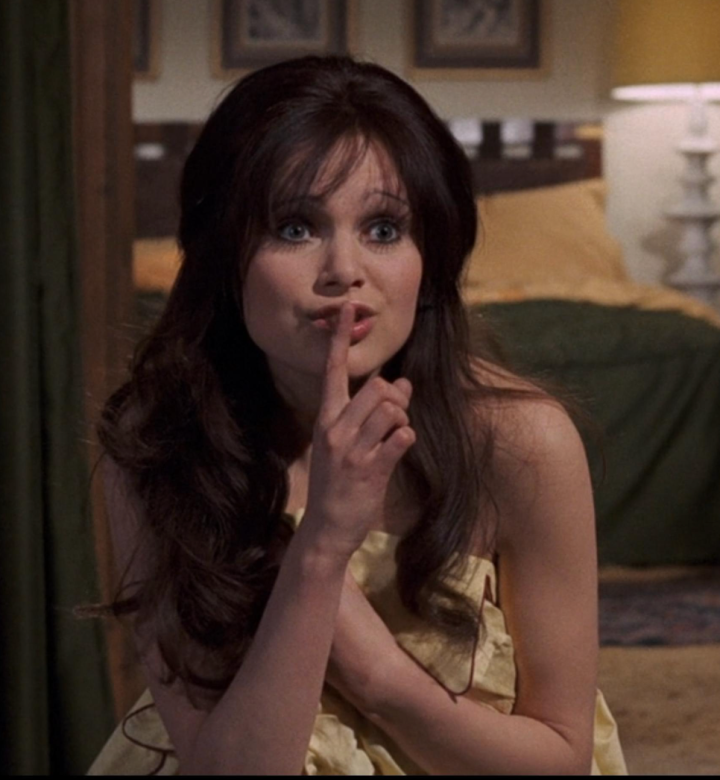 Sometimes you only get a few minutes to make your mark in a movie, and when given the opportunity, you’ve got to make it work. Madeline Smith definitely made it work as Miss Caruso, the Italian agent shown sleeping with James Bond at the beginning of Live and Let Die. Smith was only on air for a brief moment, but to this day people still ask about the girl in the beginning of the Live and Let Die movie, and that, our friends, is how you make your mark. 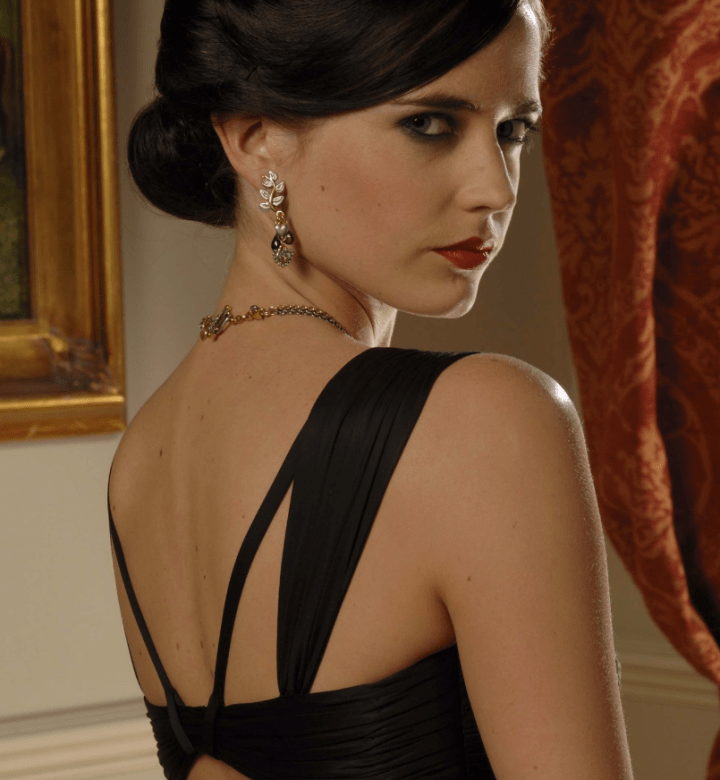 Vesper Lynd was first introduced to the Bond World in the 1953 James Bond novel Casino Royale, and 53 years later, the character was introduced on screen in the film adaptation of the movie. Starring alongside Daniel Craig, Eva Green did a great job as Vesper, bringing her own spin to the role, while still keeping the classic qualities Bond fans loved in the novel version of Vesper. Casino Royale remains a fan favorite, and among the highest grossing Bond films of all time, pulling in over $600 million at the box office. 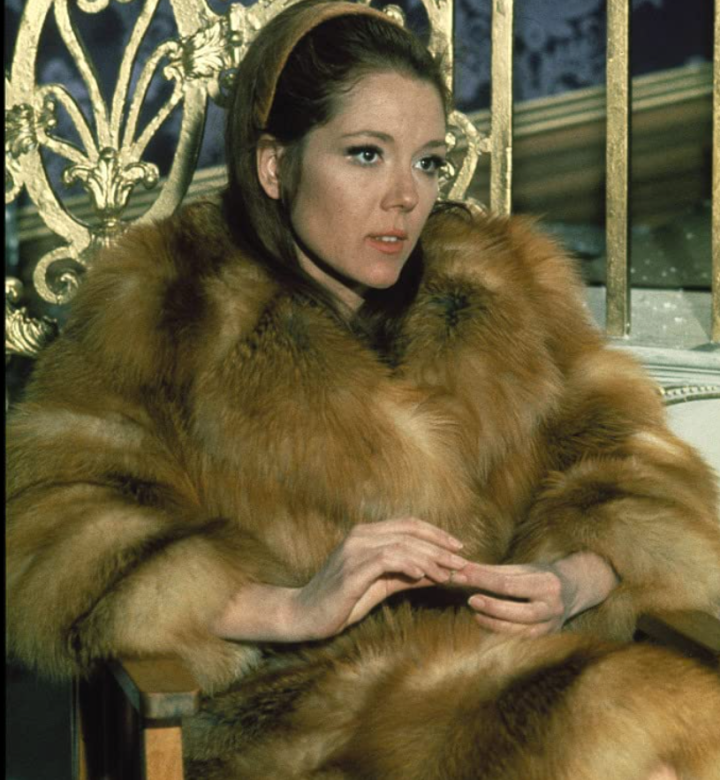 On Her Majesty’s Secret Service, 1969

Taking it back to the 1960s, Diana Rigg won over the hearts of the general public with her role as Teresa “Tracy” Bond in the 1969 film adaptation of the James Bond Novel On Her Majesty’s Service. That’s right y’all, Diana Rigg got to play the wife of 007, making her the second Bond Girl to do so. You’ve got to be special for forever bachelor James Bond to put a ring on it, and Tracy Bond was indeed special. 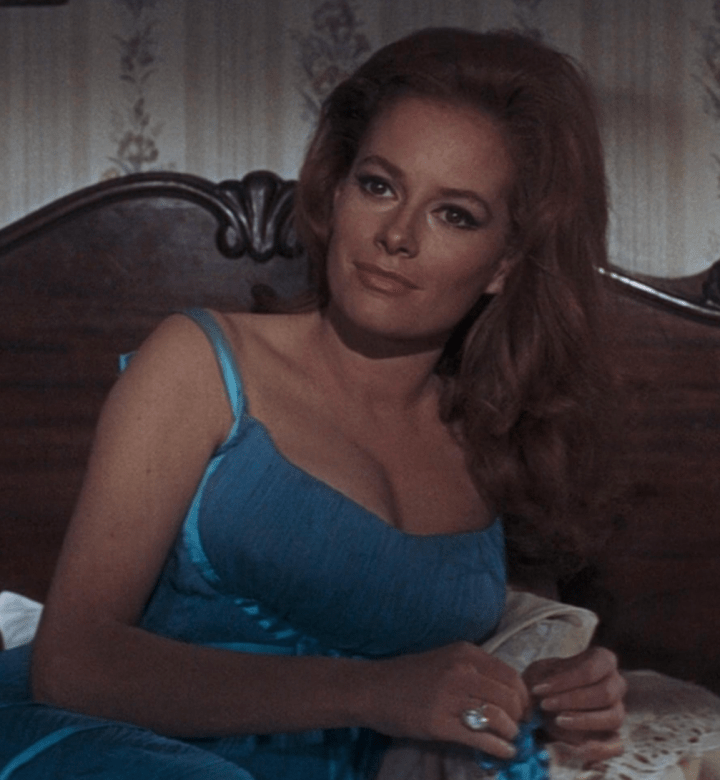 Fiona Volpe. The SPECTRE agent in charge of seducing NATO pilot Major François Derval in order to steal his plane, which is loaded with two atomic bombs. Along the way of her mischievous adventures, Volpe also gets involved with James Bond, only to hold him captive. Bond Girls can be on the opposite side as well, and Paluzzi did a good job portraying the enemy. 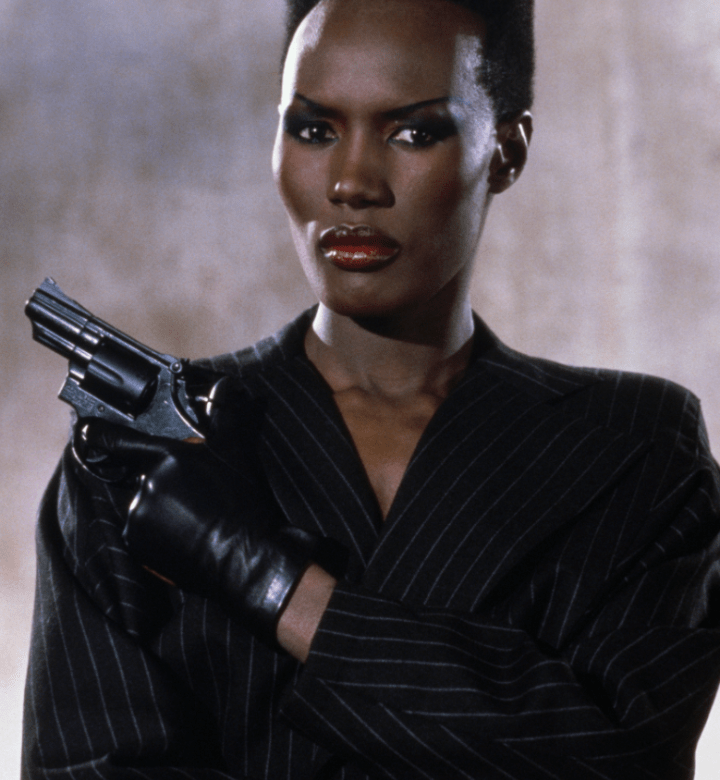 Grace Jones did the damn thing in her role as May Day. Working as a bodyguard (and a lover) for the film’s antagonist Max Zorin, Jones nailed it as both a lover and assassin, making it yet another memorable moment for the African-American community. Jones’ portrayal as May Day is still heavily referenced and talked about today, with the younger generations getting introduced to the legend that is Grace Jones courtesy of Beyoncé 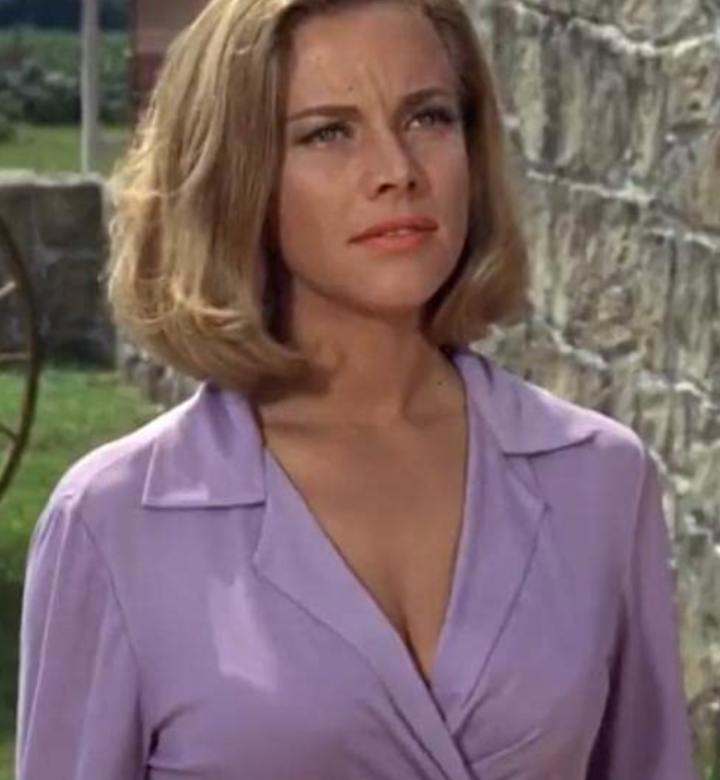 Do you know how controversial it was for a woman to call herself Pussy (even if it was in a movie) in the year 1964? In reality, it hadn’t been that long since the time period where wearing skirts above the knee and bathing suits was considered risque. Needless to say, Honor Blackman definitely had a select group clutching their pearls as Pussy Galore, but by 1964, you pretty much had to accept that anything James Bond related was going to be the opposite of conservative. Pussy Galore remains an icon. 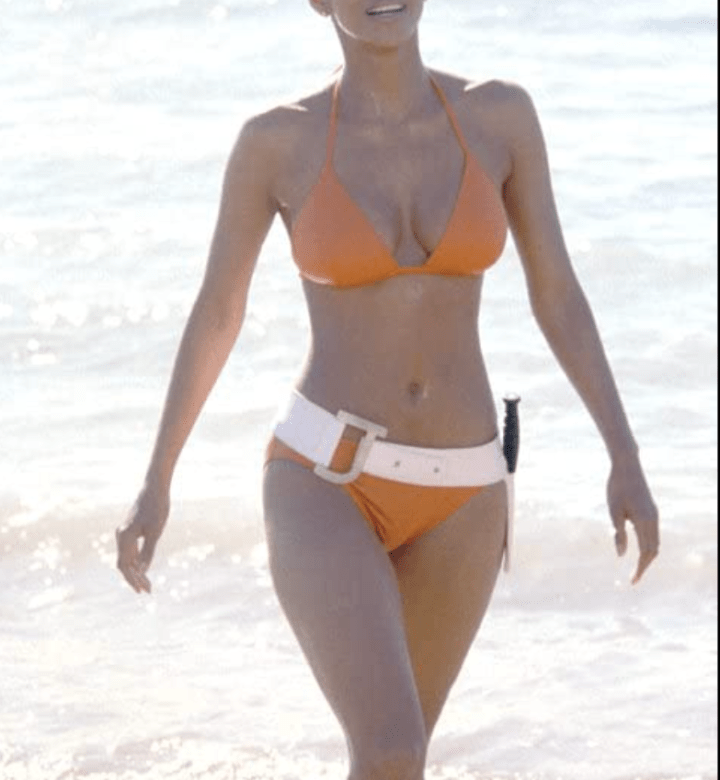 Halle Berry was on a tear in the early 2000s with a franchise role as Storm in the X-Men franchise, Monster Ball, which would make her the first Black woman to win an award for “Best Actress” at the Oscars, and her role as Bond Girl Jinx alongside Pierce Brosnan. Berry did her predecessors well, even recreating Ursula Andress’ ocean scene, but making it her own with an orange bikini. Berry kicked butt as Jinx, making her own imprint on the Bond legacy.

The James Bond Franchise has been a huge force in the entertainment industry for sixty years, and they are not stopping anytime soon. There will be plenty more movies, and thus, plenty more Bond Girls. That means one day we’ll have to update this list. Until then, be sure to keep up with us for more entertainment content.