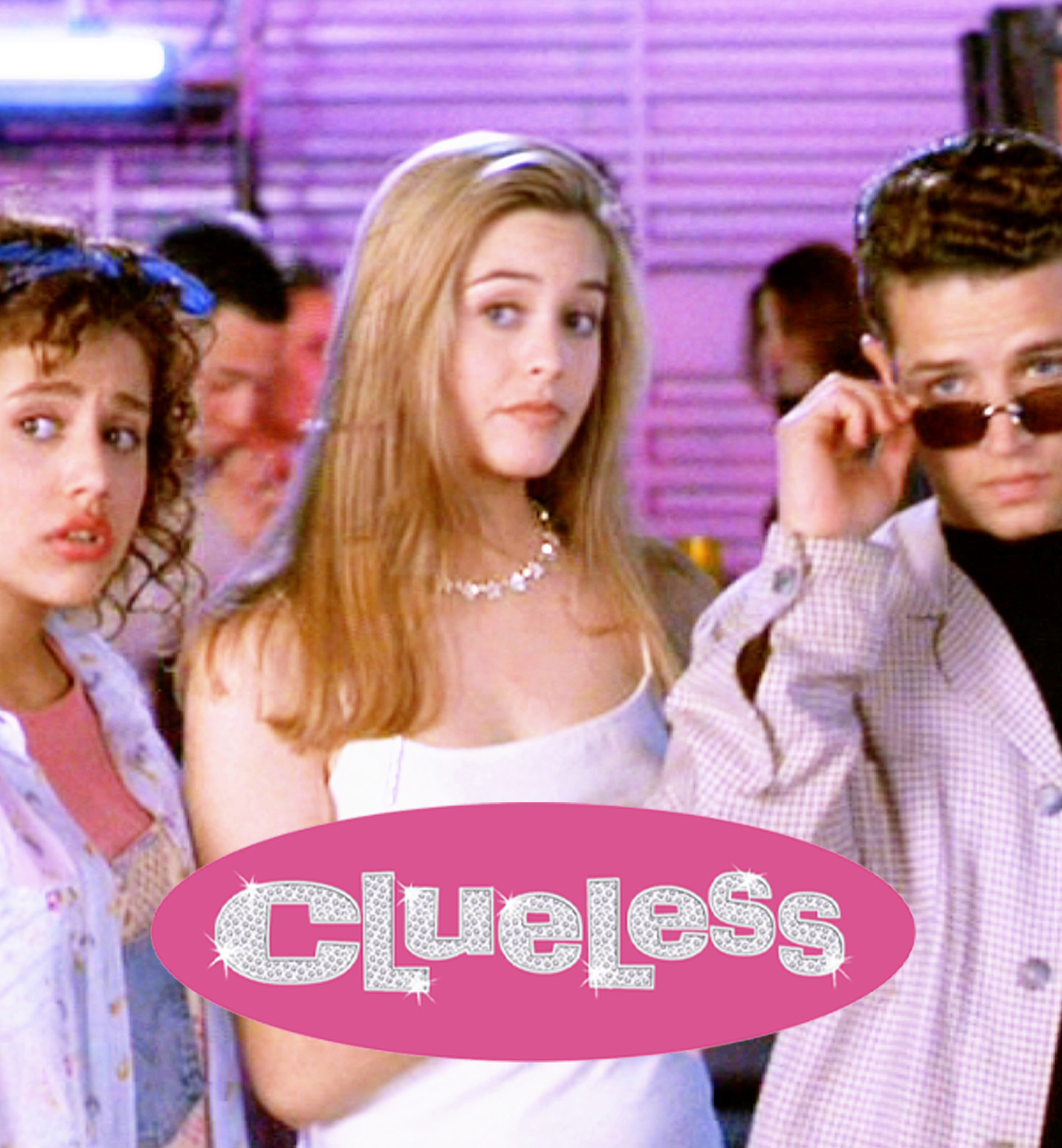 On this day, 27 years ago, one of the most culturally prolific films of all-time was released. Clueless changed the 1990s landscape of film and fashion, becoming an instant cult classic whose impact is still very much alive and relevant today. Released July 19th, 1995, the film starred Alicia Silverstone, Brittany Murphy, Paul Rudd, and Stacey Dash, and was written and directed by Amy Heckerling. As successful as Clueless was at the box office, one can very well make the argument that it was equally as successful in the world of fashion, and even couture.

As you all know, 1990s fashion trends have truly never gone out of style, circling around the block and making its way back in some shape or form on plenty of occasions in the decades since, putting a new spin on the classic saying “fashion always comes back around.”

With us now being fully ingrained in the TikTok era so to speak, there have already been multiple videos created with 90s style trends in mind, and of course, Clueless is always a heavy inspiration. So with today being Clueless’ birthday, we decided to dive into all of the elements that made and continue to make this film a fashion classic. 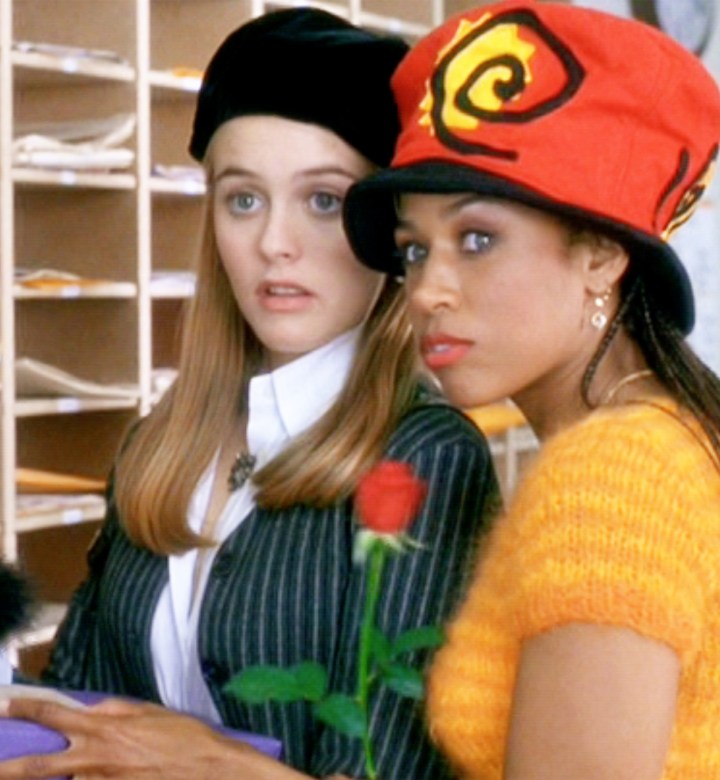 Who Designed the Clothes? 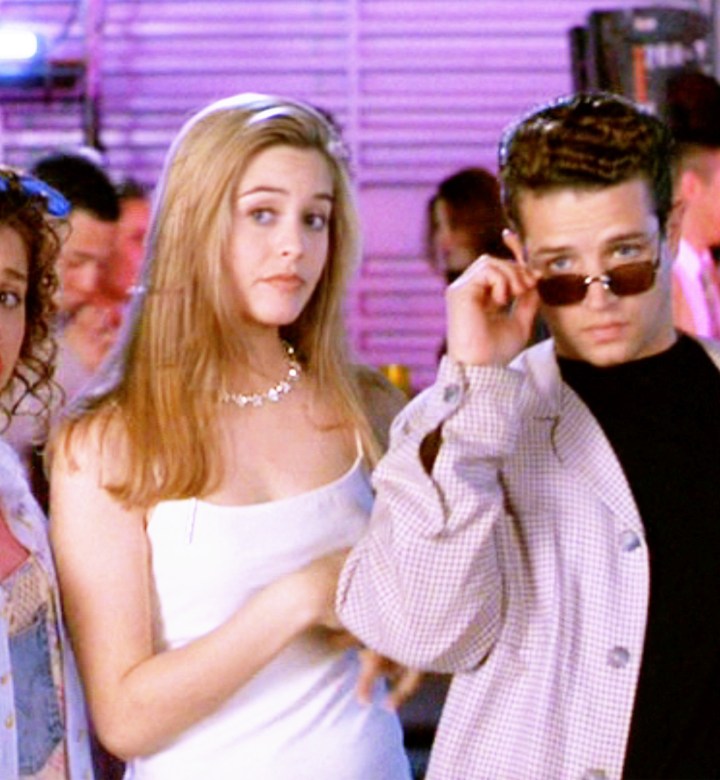 Clueless’ costumes were made by then up-and-coming fashion designer Mona May. Prior to booking Clueless, May had previously worked on the sets of music videos and commercials, booking her first costume job, MTV comedy series Just Say Julie, in 1989. After a couple of years of working on various different projects, Amy Heckerling (whom May had met previously) hired May as the lead costume designer for Clueless. For the film, whose projections were uncertain at that point, May was given a budget of just $200,000.

What Inspired the Costumes? 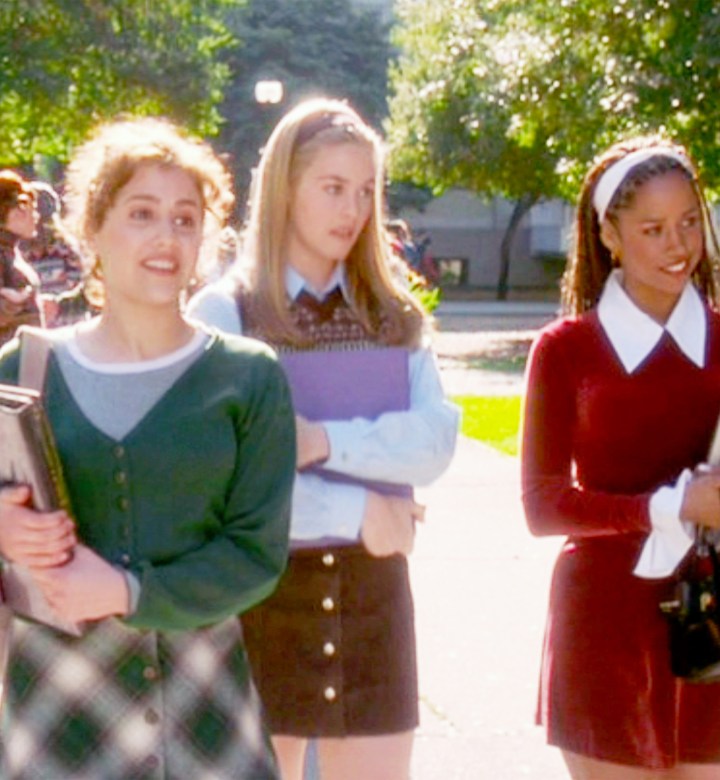 According to Haute Couture, May was inspired by putting her own unique take on Catholic schoolgirl uniforms. To create the iconic first day of school yellow suit that main character Cher Horowitz (Alicia Silverstone) rocks (which could be considered the most memorable of the movie), May bought an off-the-rack piece from Dolce & Gabbana, while hand making Dionne Davenport’s (Stacey Dash) outfit using similar Dolce & Gabbana pieces due to the tight budget.

Other influences include: May’s own eclectic style, 1960s vintage looks, traditional Scotland looks, thrift store creations, and more. In addition to using Dolce & Gabbana pieces, May also incorporated the use of Calvin Klein for the film.

With a film like Clueless, it’s hard to narrow down what our favorite looks are because there were literally so many, but we are going to give it a shot by selecting our top six. 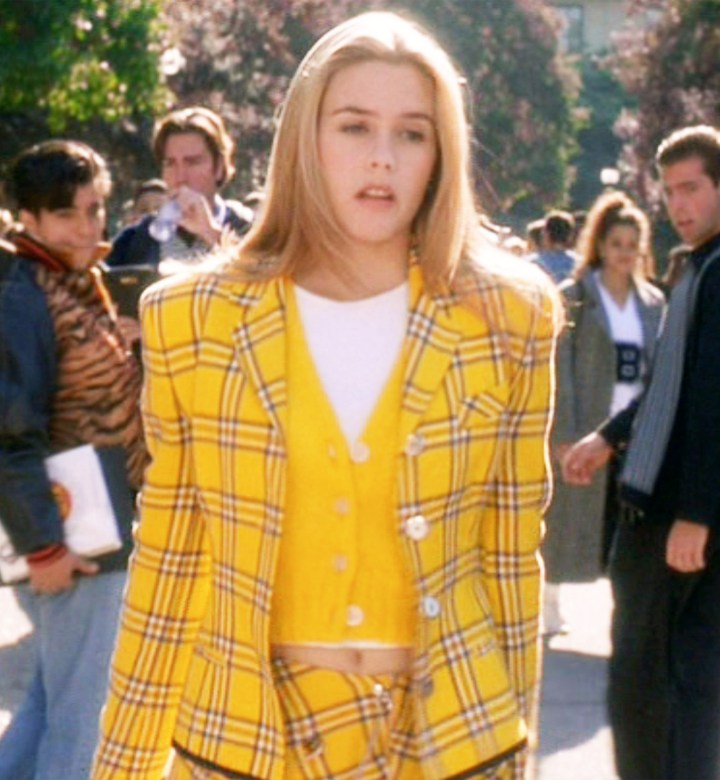 Since we’ve already broken down the inspiration behind the First Day of School looks, we might as well make this our numero uno right? We could very well be making an assumption here, but this seems to be the look that everyone references/recreates when thinking of Clueless. It’s timeless, classy, and edgy. 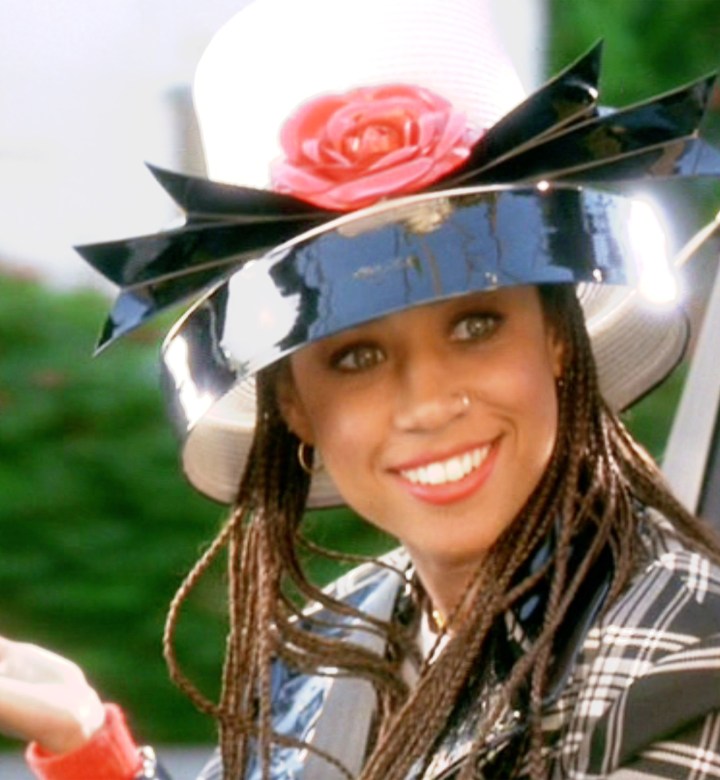 The key word here is plaid. Plaid was all up in, around, and throughout Clueless, in fact, plaid practically defines the film. It wasn’t just the pieces Dionne was wearing, it was the way it was put together (which again pulls from May’s awesome fashion taste). Nobody would have ever thought to pair an outfit like that with a top hat, but it worked so very well. 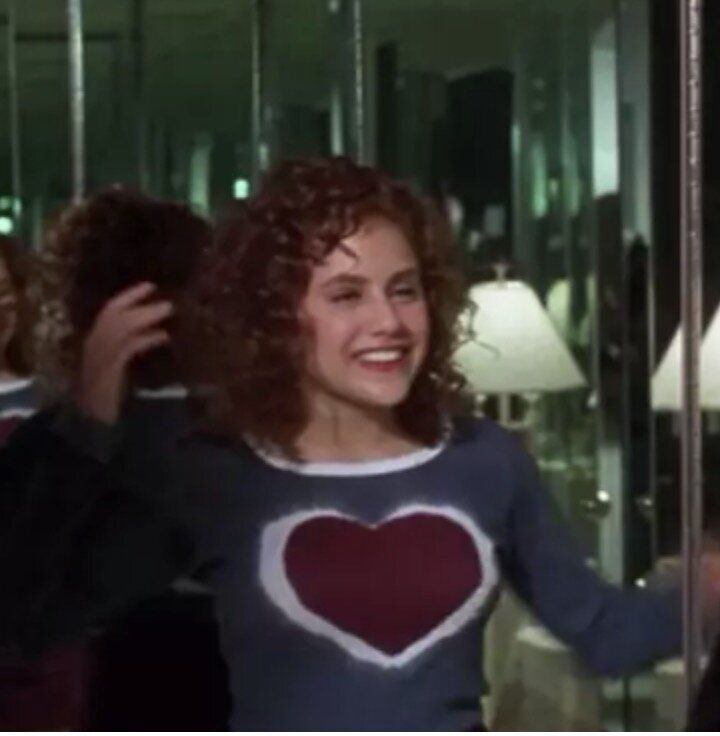 May Brittany Murphy continue to Rest In Peace. In the film, Murphy portrays Tai Fraiser, a shy slightly awkward teenager who eventually gets a makeover to turn into a “beautiful swan.” One of Tai’s best looks in Clueless was her awesome heart sweater, which she paired with a velvet miniskirt.

A light sweater/skirt combo is a perfect Fall look, and it's certainly not a coincidence that we’ve seen many more heart sweaters/shirts being made in the years since. Yet another way Clueless influenced the future of fashion. 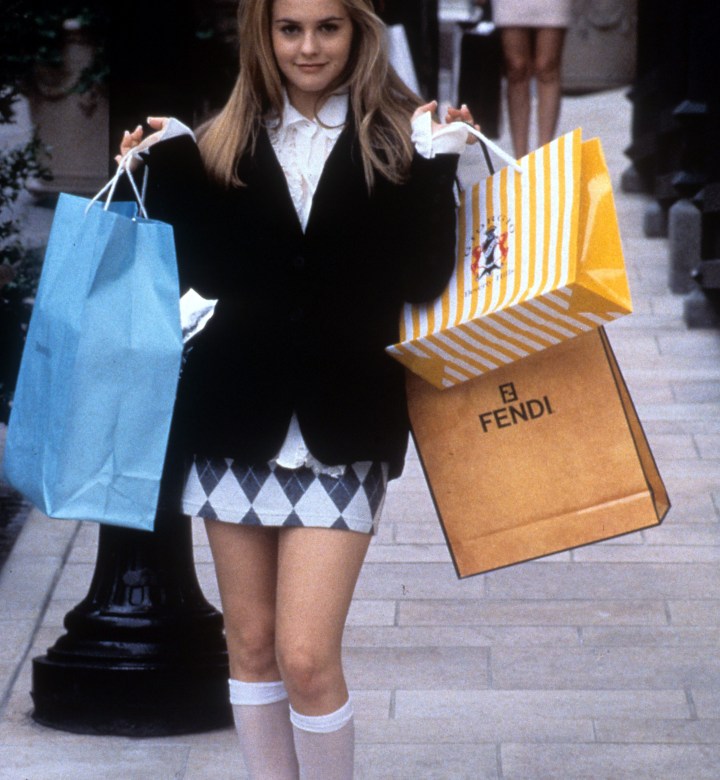 Cher taught us that it’s not good enough to just go shopping for bomb clothes, you have to actually look bomb while shopping too. Well, Cher certainly looked bomb for sure. 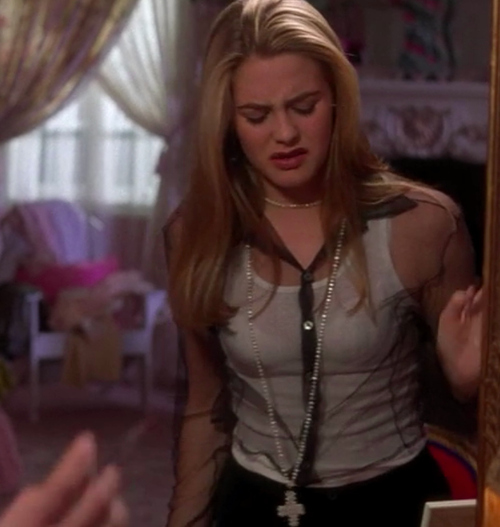 As much as Cher absolutely ate the preppy looks leaving us no crumbs, she proved that her wardrobe had versatility as well with the legendary goth look. Was it the sheer black top? Was it the cross necklace? Or was it that vampire-esque matte lipstick look that was so prevalent in the 1990s? Perhaps it was all of the above, but for some reason this look continues to have Clueless fans in a chokehold. 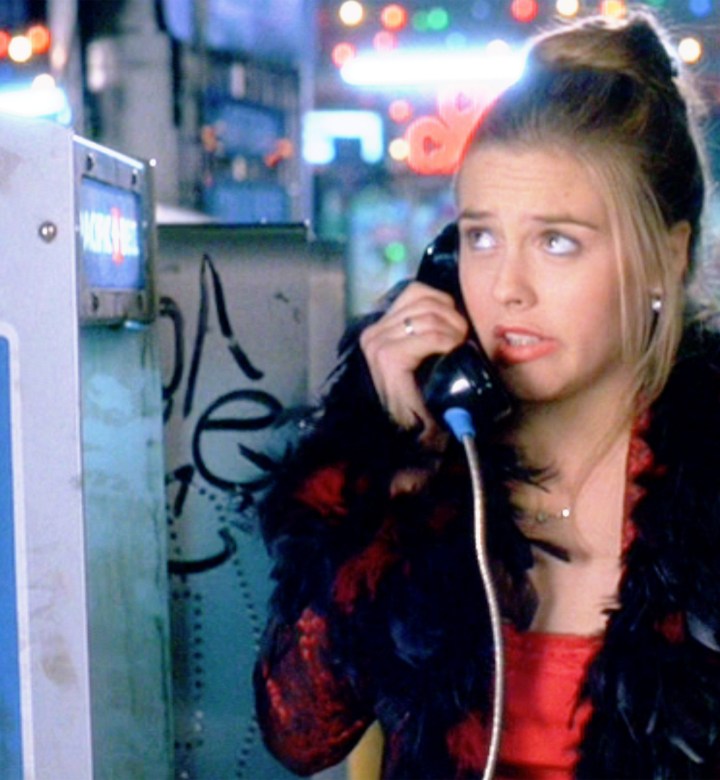 Last but not least, Cher’s sexy dress to impress “win him over and leave em speechless” date night look was one for the ages. You have to show a little skin sometimes right?

How Clueless Continues to Impact Fashion 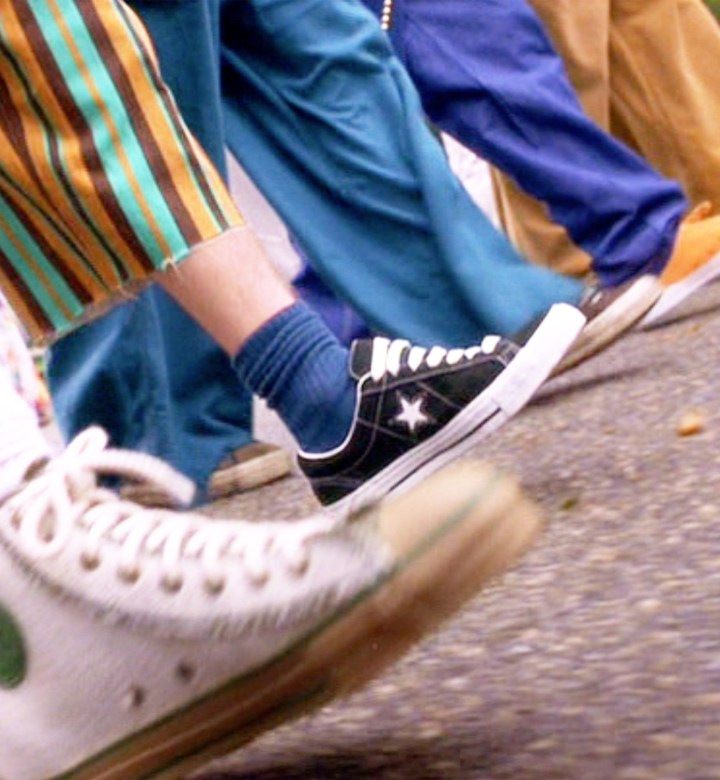 If you thought the influence of Clueless from a fashion perspective was left behind in the 1990s, think again. As we mentioned earlier, the styles from the film have a way of always coming back around. For example, Versace’s Fall 2018 Fashion Show was practically a tribute to the movie, including the infamous pleated kilt skirts, sweaters, and…plaid looks that we have come to know and love.

Clueless was also the inspiration for Iggy Azalea’s 2014 music video for her hit single “Fancy,” and TikTok has also gotten a hold of the Clueless fashions on multiple occasions.

As for designer Mona May, she’s since gone on to work on various different films including: Romy and Michelle’s Highschool Reunion (1997), Never Been Kissed (1999), and Enchanted (2007). May’s work can next be seen in the upcoming film Ant-Man and the Wasp: Quantumania, which is scheduled to be released on February 17th, 2023.

So what will you be doing tonight? We hope it’s watching Clueless! Stay tuned for more editions of our ONE37pm Classics series.