Dissecting the Recipe for Virality with Davide Perella 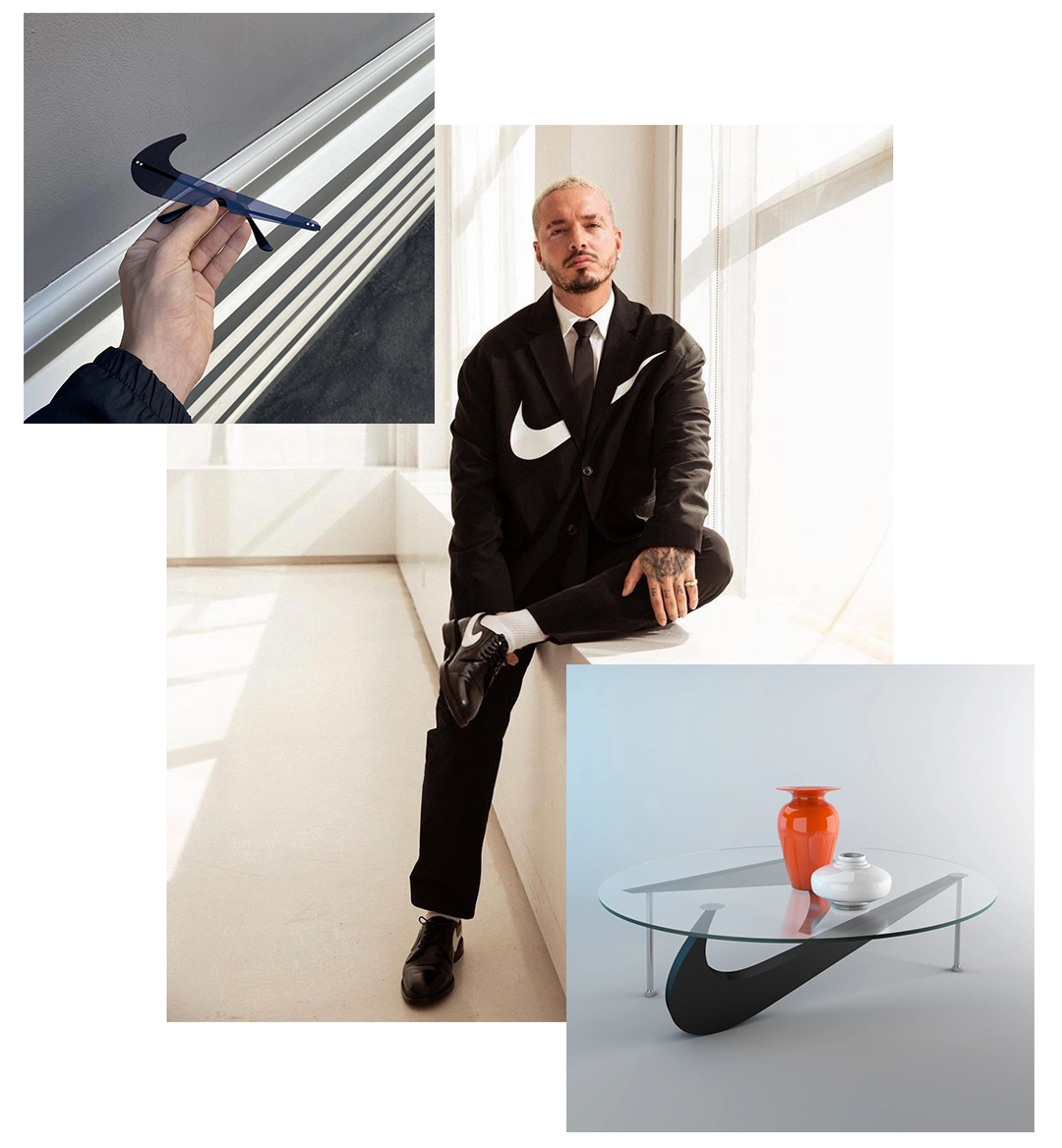 If you spend any amount of time on Instagram, which I'm sure all of us do at this point, its extremely likely you've come across Davide Perella's work. Whether it's a pair of Nike Swoosh shaped glasses gracing the bridge of J Balvin's nose, or a pair of spliced together Nike Birkenstocks, Perella has an ingenious knack for creating viral moments. The graphic designer's Instagram page is full of chimerical faux collaborations, born from a longing for partnerships that will never come to fruition. We were recently fortunate enough to chat with Davide about what exactly goes into his internet-breaking images.

How Davide Perella Got Started

Ironically, one of Perella's first assignments at university was to create a design with a Nike swoosh, which he says failed miserably (and likely sparked his obsession with the logo.) After finishing his schooling, Perella took his skills to the freelance market, landing a gig with Evisu creating graphics for everything from social media accounts to retail imagery.

Things really kicked into gear when Davide relocated to Milan, where high profile clients like Alberta Ferretti and Moschino sought out his work after noticing him on Instagram. Davide's personal work has always been a part of his life, which he shares continuously to the platform as he creates. Perella preaches about the reach of social media and its increasing utility for finding work through nontraditional means, saying, "When Moschino noticed me, I realized the power of Instagram. That validation made me feel like I was on to something."

Despite all of his work for high profile clients like Moschino, which he loves, Perella's true passion always lies with his personal work. "Instagram is so cool because there are no rules, no restrictions. You are free to work at your own pace and truly express yourself." For Perella, who is a self-described shopaholic, this means wishing products into existence. "I'll go to a store looking for something, like maybe a Nike jacket with a huge logo, and if I can't find it I'll make it myself." Davide points out the current state of fashion and its reliance on collaboration, saying that general release products in store are typically much more stale in comparison.

It's this longing for products that don't exist yet that drives Perella's passion for bootleg culture. "People love things that they can't buy, that might be a bit taboo in some sense," he describes, "and the Swoosh, it's like the color black. It fits perfectly everywhere." It only takes a short glance at Perella's work to see exactly what he means; Nike's iconic check mark is littered all over his page in a wide array of creative applications.

His latest viral moment, a pair of Birkenstocks emblazoned with the Swoosh across the strap, looks so natural even his audience was confused as to whether or not the shoes were going to be available. Perella's penchant for design derives from his distinct approach, which taps into the most important aspects of consumer behavior: familiarity and originality.

What makes Davide so special is his ability to perfectly combine the two, bringing together two extremely popular brands, but possibly in an unexpected way. It's the balance between the two that creates a successful design. In retrospect, some of his ideas might even seem obvious, which could explain why they resonate so well with his audience. "It's possible that people have thought of these things before, but they might not have the means or ability to do it," he tells me. So much of Perella's work hits you with that feeling of "God, why didn't I think of this?" which is an art in and of itself.

It should go without saying that Perella's favorite work to date is creating custom pieces for none other than J Balvin, one of the best selling Latin artists of all time. Davide describes the experience as surreal: "I was just at the park running, and all of the sudden I see a message from J Balvin and freaked out." Perella only had a render of the glasses at the time, so he rushed to get the glasses made, constructing the shades himself from plexiglass and frames from other glasses.

Hilariously, the success of the glasses resulted in the bootlegger becoming the bootlegged. Not even a week after Davide shipped off the prototype, his friends in Beijing sent him a photograph of all of them wearing faked versions of his very own design, available through AliExpress. "At least they're talking about it, though," he jokes.

For now, Davide has his plate full with work for Moschino and other clients, all while building his personal brand image. He hopes to expand upon that soon, dreaming of launching something of his own one day. "I want to keep it small, though. Maybe one pair of shoes, or a bag." It's clear that Davide cares deeply about his work, and bides his time for the right moment.

Ultimately, the goal is to realize his collaboration mockups one day. "If I could collaborate with anybody it would probably be Nike or Prada," he says off the top of his head. When I pry a little bit for a more niche answer, Davide tells me Saucony or Li-Ning would be fun. "I think it would be really fun to work with a brand that's less hyped, and breathe some new life into it." Davide's takes are perfectly representative of his design philosophy. Either take a brand that is recognizable and do something weird with it, or bring a familiar aspect into a brand that many are unfamiliar with. In any case, it's clear that Davide knows exactly what to do.