Freddie Mercury's Fashion Evolution: An Ode to a Style Icon 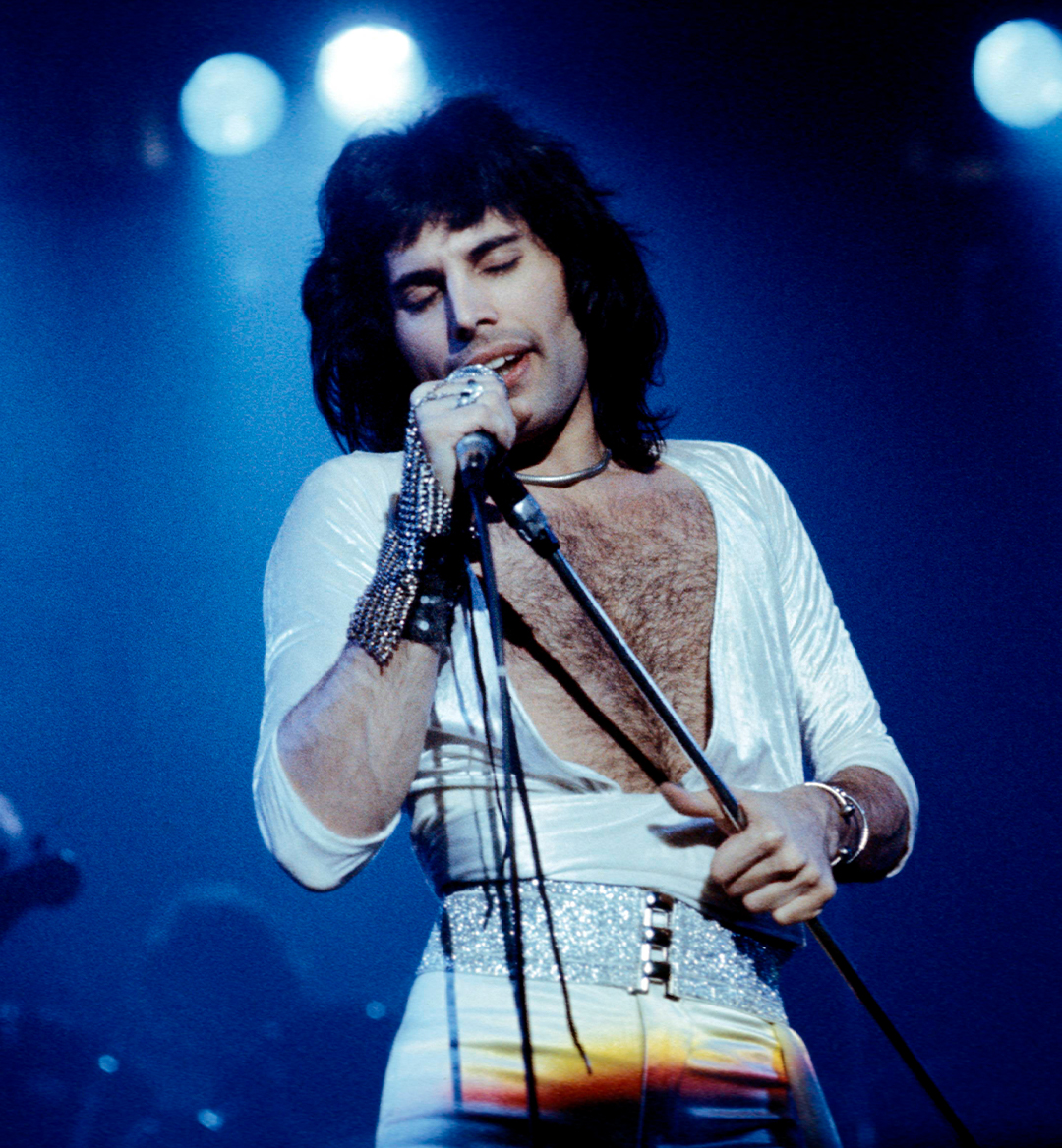 Today would have been the late great Freddie Mercury’s birthday, so we’re celebrating the iconic fashion legacy of the legendary Queen, the British rock band that set the world on fire with their heavy metal rock ‘n’ roll chart topping hits, and bold brazen fashion. One of the most popular groups of all-time, Queen remains one of the world’s biggest selling artists to ever grace the face of this planet, and continue to be a major influence in pop culture. 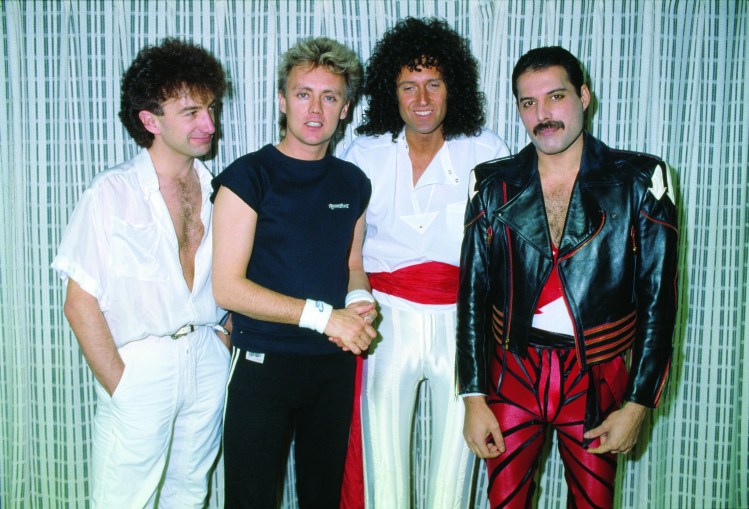 In addition to being an incredible artist himself, Mercury was known for making androgynous style popular in the 1970s and 80s, breaking just about every U.K. fashion rule possible at that time, which in turn has left its own lastiing impact over the decades. Here’s a look at how Queen ruled the world in music, and how Freddie Mercury's fashion evolved over the years. 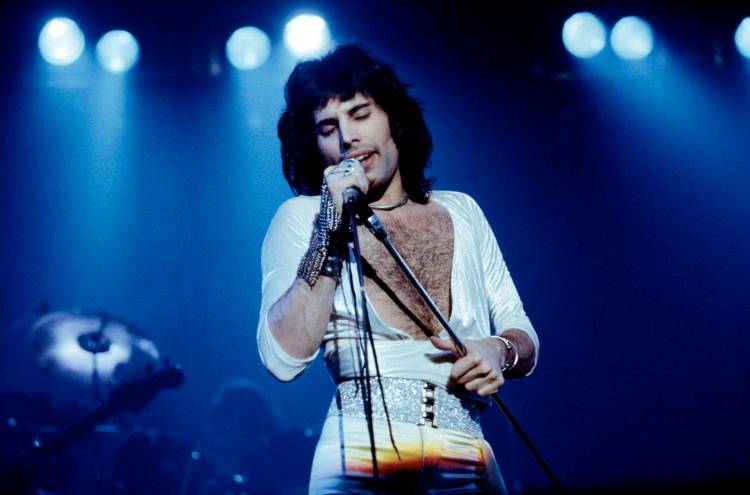 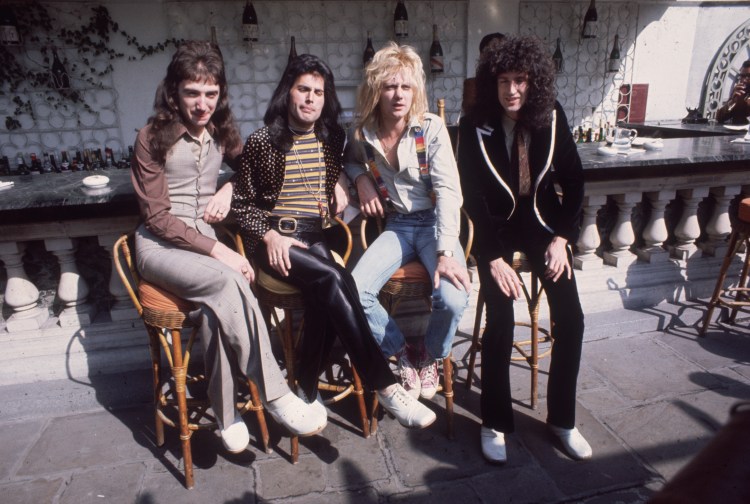 Queen’s early roots can be traced all the way back to the late 60s and early 70s in West London when they were originally known as Humpy Bong. Eventually changing the name to Queen, the group went through the growing pains of trying to secure a recording contract as they played local gigs in the area, eventually securing a deal with EMI Records where they would release their eponymous first album Queen in 1973.

The band was introduced to the world with long shoulder length locks with bangs, leather jackets, the super colorful flower patterned clothing that was oh so popular in the 1970s, and bell bottoms and platform shoes (also very popular in the 70s). Queen would go on to release their sophomore effort, Queen II, that same year, keeping much of the style from their debut. 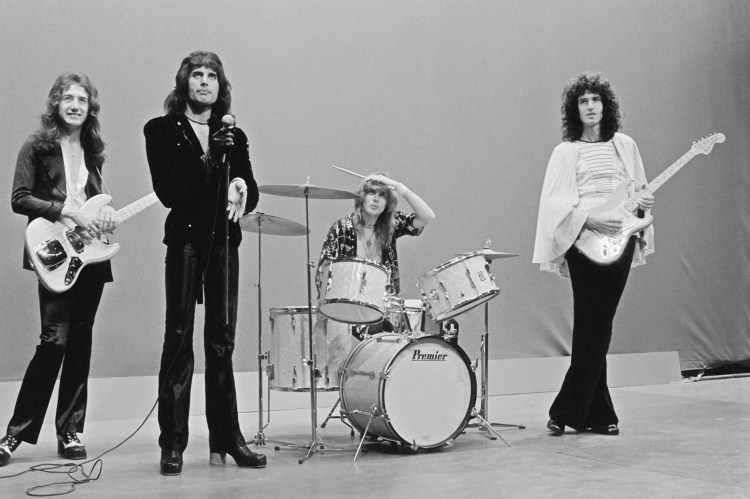 The following year would be a pivotal one for the group, as it would be their official transition from rising stars to superstars, with their first taste of international success coming with their album Sheer Heart Attack, and its massive hit “Killer Queen”

As they began becoming household names, Queen (especially Mercury who graduated with a design diploma prior to becoming a professional musician) began playing around with their fashion sense just a little bit more. It wasn’t uncommon to see Mercury with heavy eyeliner and lipstick, and the mid-70s where when the androgynous experimentation really started to take effect.

It was also during this time that Queen began working with iconic British fashion designer Zandra Rhodes, who has designed for the best of the best including: Princess Diana, Diana Ross, and of course, Queen. 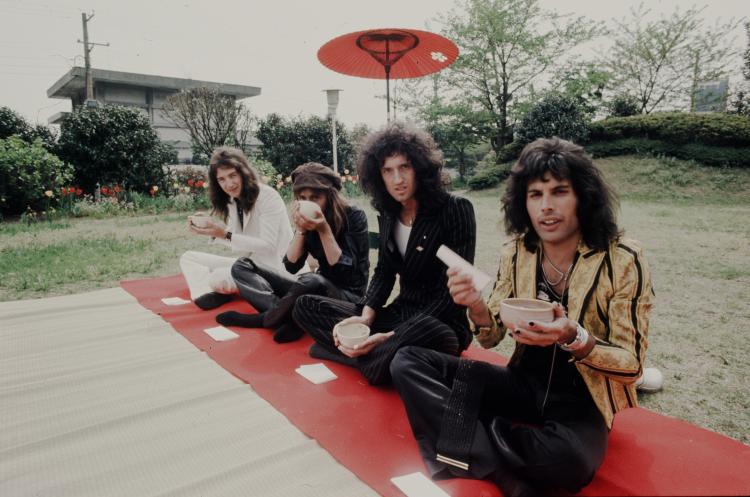 After a very successful 1975, Queen began working on their fourth album A Night At The Opera, which included one of their most impactful songs “Bohemian Rhapsody,” following it up with their fifth album A Day at the Races.

Queen would keep much of this style through the year 1977, which saw the release of their sixth album News of the World. News of the World would contain the stadium anthems “We are the Champions,” and “We Will Rock You,” arguably two of their most recognizable hits.

1977 was also the beginning of Mercury doing what we’ll call the “gradual hair cut.” Up to this point, Mercury has been known for his signature shoulder length dark wavy hair, but the new era brought forth a new haircut that took those locks from shoulder length to his earlobes.

And if 1977 was the beginning of Mercury officially solidifying himself as a fashion icon, then 1978 and 1979 would be the years where things really began to fall into place. In the midst of  Queen’s ‘78 release Jazz and their ‘79 live album Live Killers, the promotional tours for those two records would bring forth many statement pieces from Mercury. 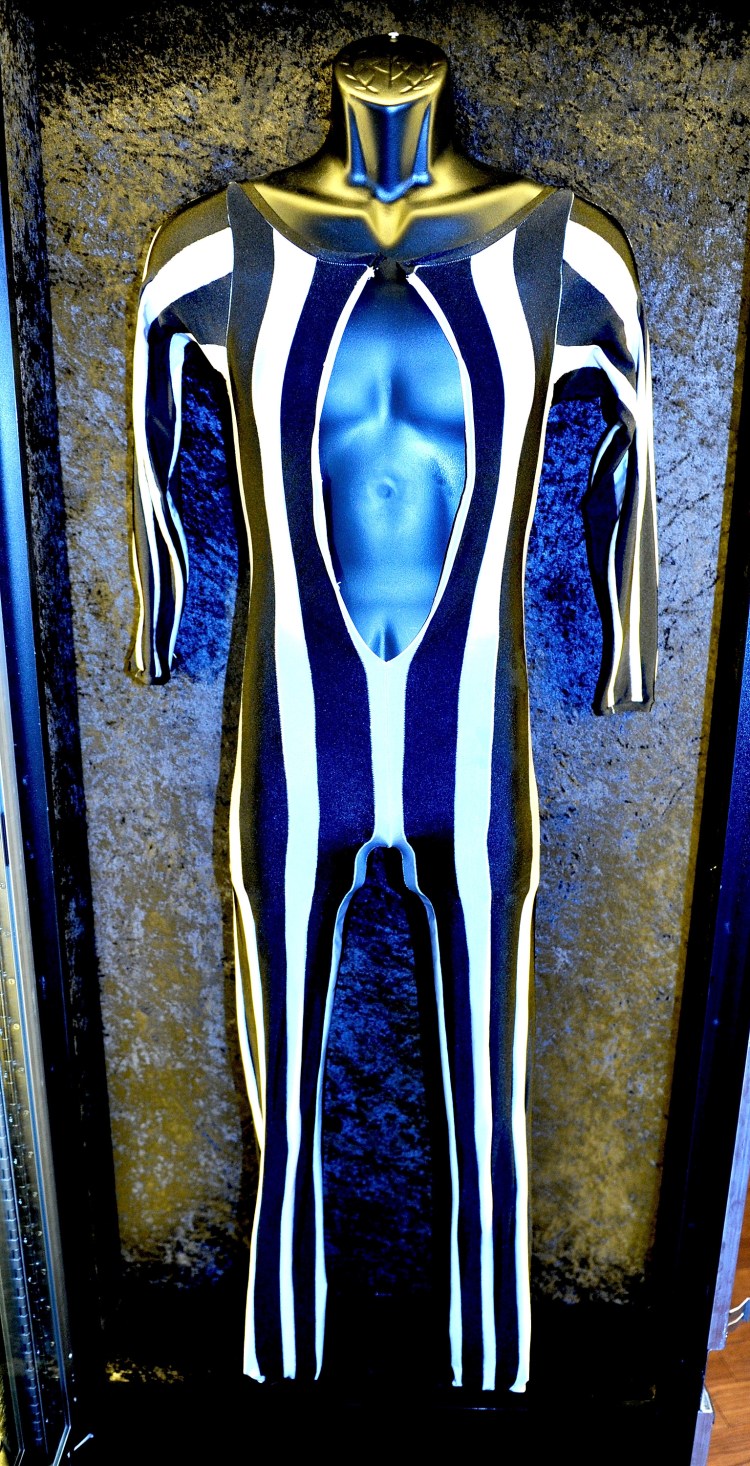 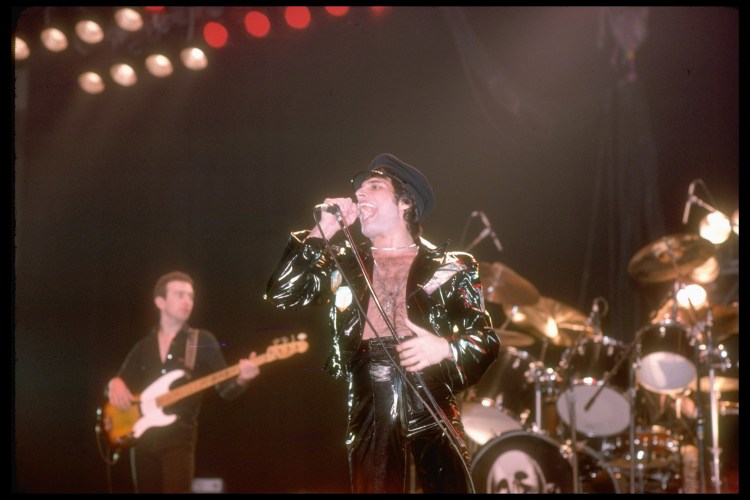 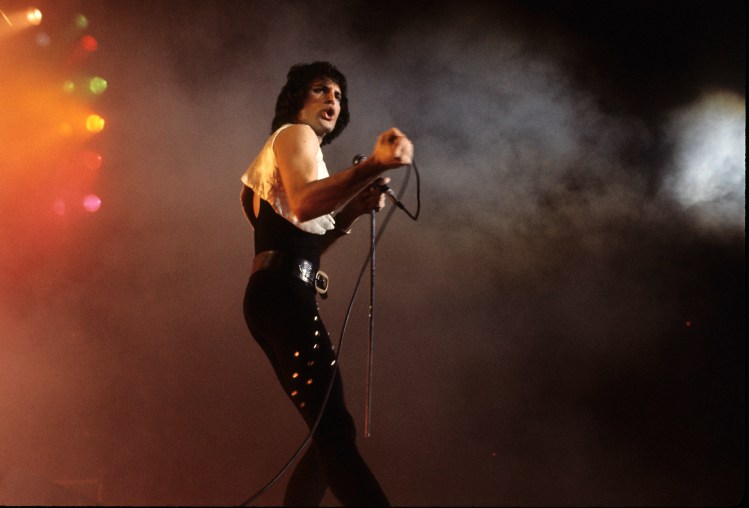 And here's a few from 1979 where you can see that Mercury cut his hair even shorter. 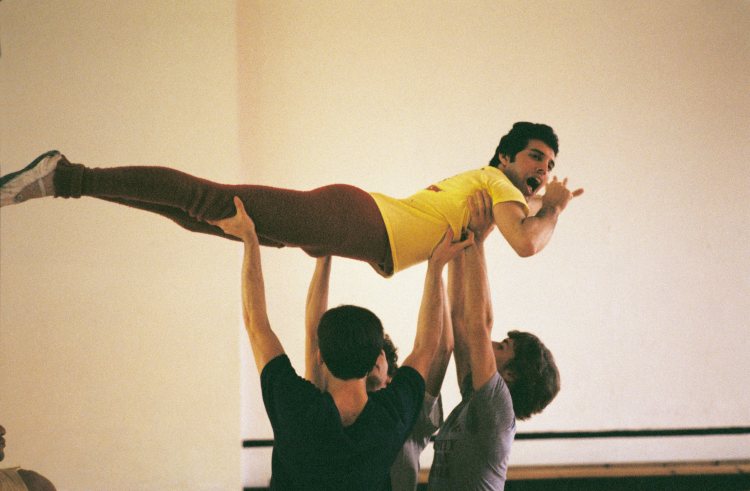 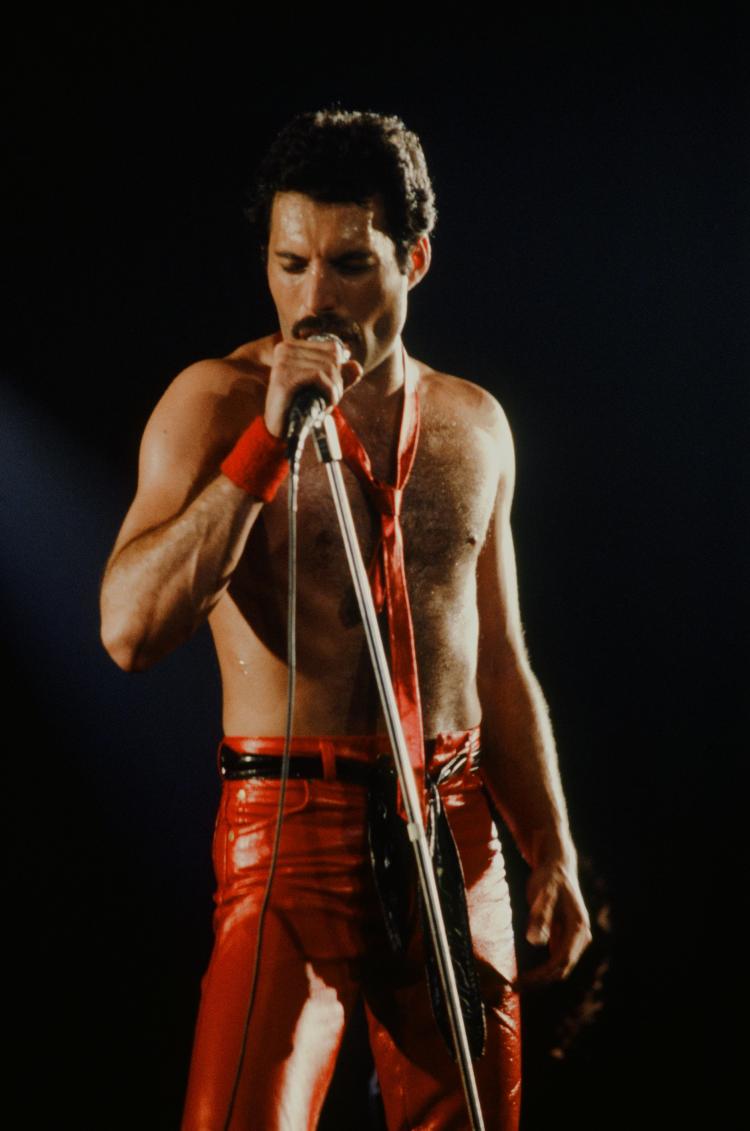 Enter the stache. Quite possibly the most famous mustache to ever exist. In addition to “the stache,” Mercury’s style would continue to evolve in the early 1980s, along with Brian, Roger, and John. Bombers and athletic jackets would become a part of their street attire, along with polo shirts and blazers. Meanwhile, Mercury’s on-stage outfits would continue to remain bold as ever with the artist frequently going shirtless.

Music-wise, the band continued the success of the 1970s with major smashes like “Another One Bites the Dust,” “Love of my Life,” the David Bowie collaboration “Under Pressure.” 1984 had even more accolades to add to the group’s storied resume with “Radio Ga Ga,” “I Want To Break Free,” (which caused controversy due to its cross-dressing video), and “Hammer To Fall.”

Here’s the video for “I Want To Break Free.” 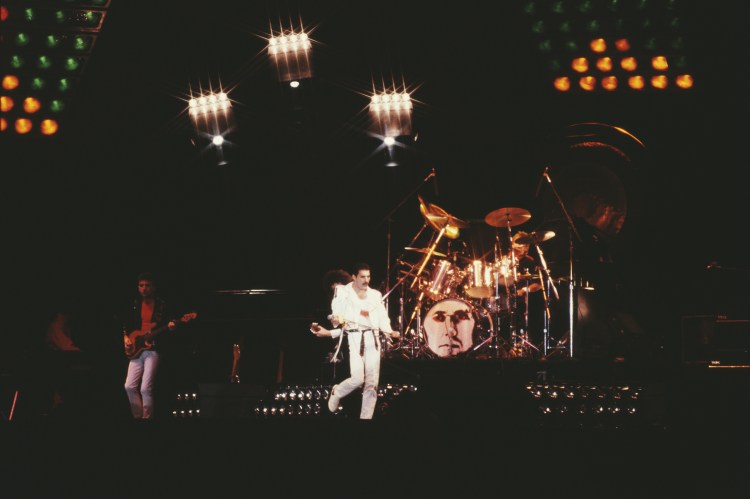 There’s absolutely no question that Queen’s 1985 Live Aid performance is their defining one as a group. It was held at Wembley, and aired on television in front of 1.9 billion (yes billion) people in what was the biggest television audience ever.

While everything else about the event was grand, from an outfit perspective, Queen kept it simple literally wearing pants and shirts (with Mercury rocking a white tank tucked into fitted blue jeans). It’s quite ironic that their memorable outfits are their most simple due to the significance of the event, and it being their last major performance together before Mercury’s passing. 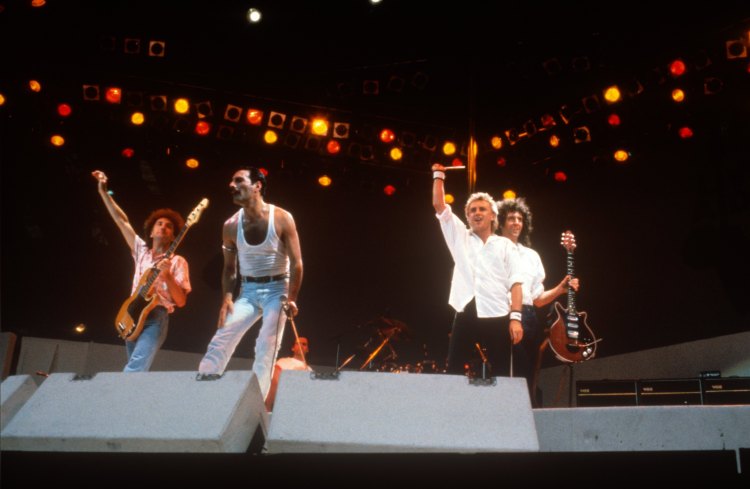 Side note: If you’ve never seen Queen’s Live Aid set, we highly recommend you watch it. There’s a reason why 1.9 billion people tuned in.

Queen’s final tour with Mercury was the Magic Tour in 1986. Here are some more pictures of them from that era. 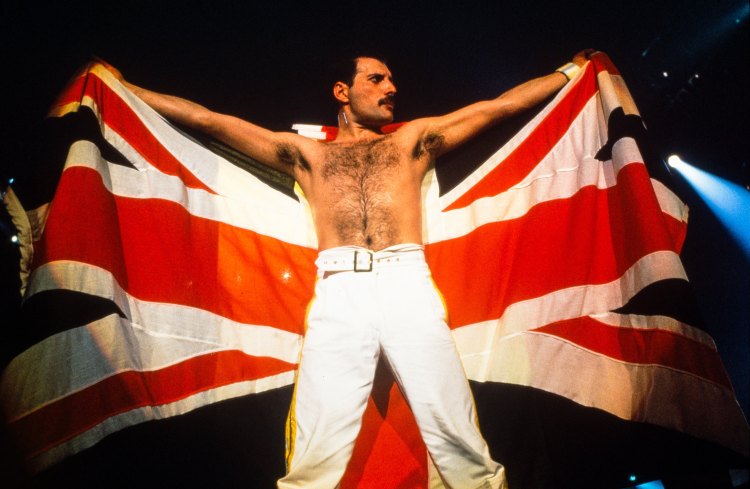 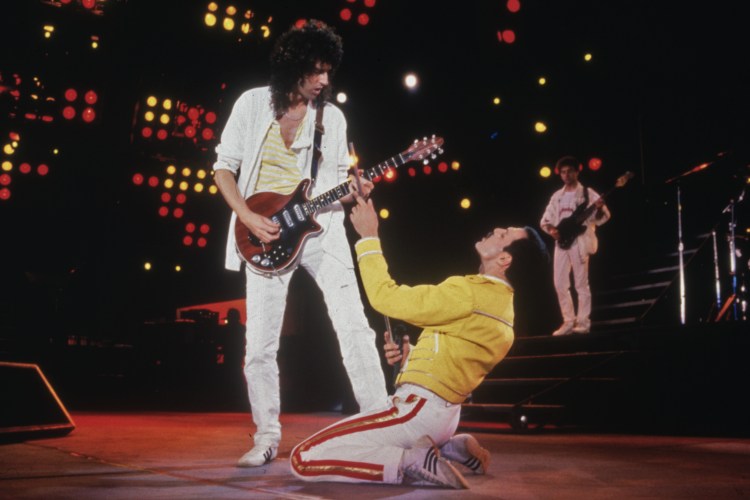 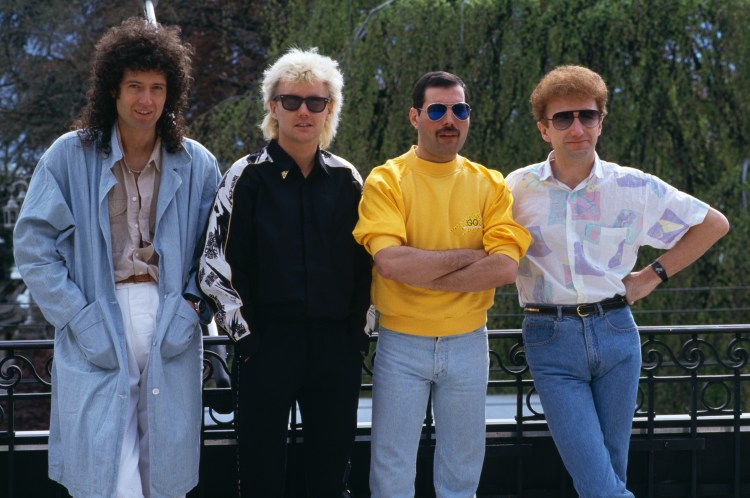 If you’ve ever seen Queen's 2018 biopic Bohemian Rhapsody, then you know the movie ends after their Live Aid performance, and this is where we’ll end as well. In the decades since Mercury’s untimely passing, the group has continued to tour and release music (some of which has included unreleased songs made with Mercury), and their legacy (and style) continues to be prevalent.

Here are 8 Streetwear Brands In Melbourne To Check Out Now