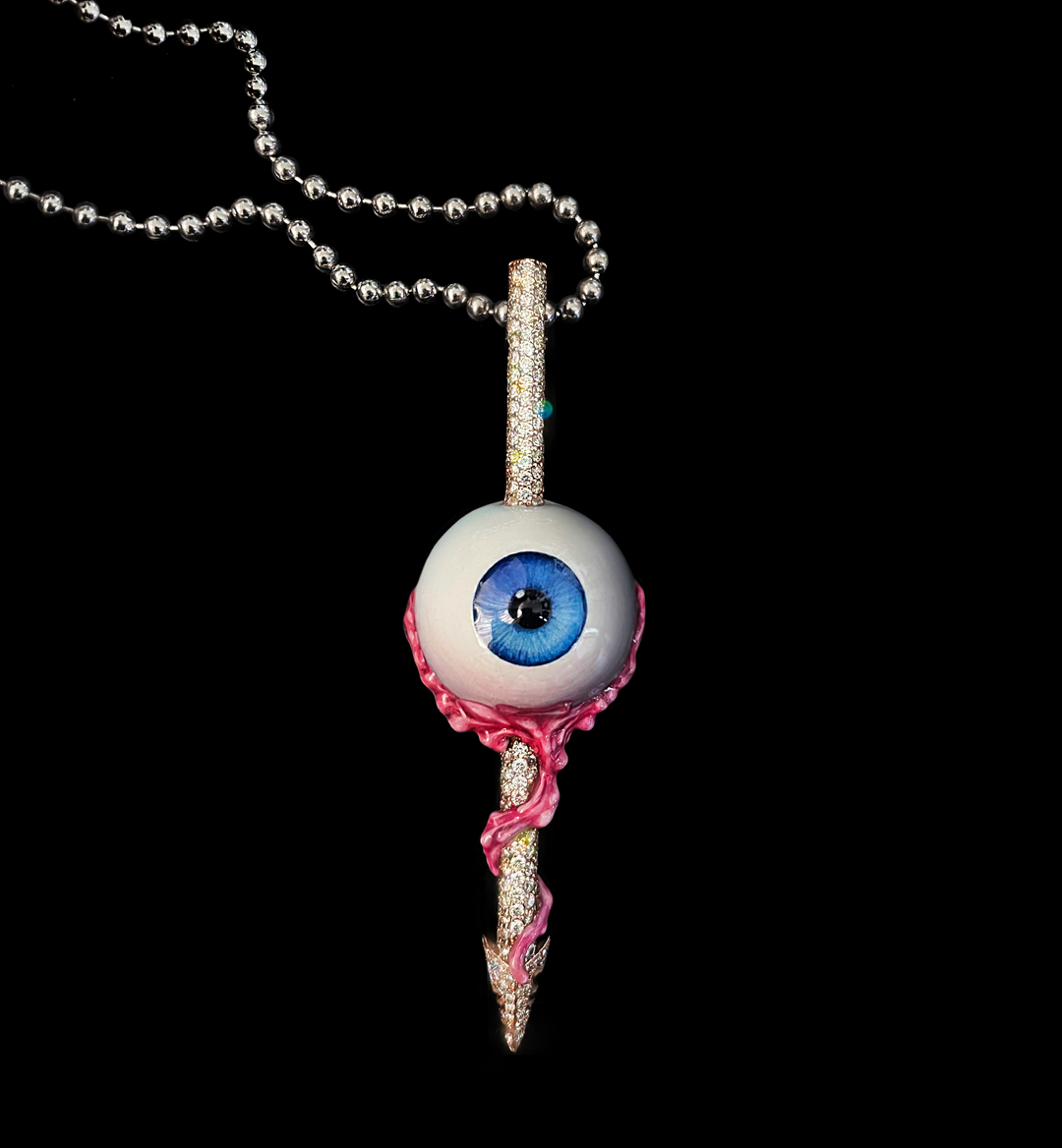 “I'm just working my way through lists of things I want to make,” Ian Delucca tells me, putting a succinct bow on our conversation about his career as a jewelry designer. What began with a lifelong infatuation with jewelry (fueled partially by a mother embedded in the discipline) has blossomed into Delucca’s present day career; since 2019, he has produced a multitude of projects intended to bring a more culturally relevant visual language into the artisanship of luxury jewelry. We first met with Delucca after he created an incredible chain for Balenciaga’s Music Director earlier this year, and now got a chance to dive deep into how he got into the game, some of his favorite work and what he’s excited about for the future. 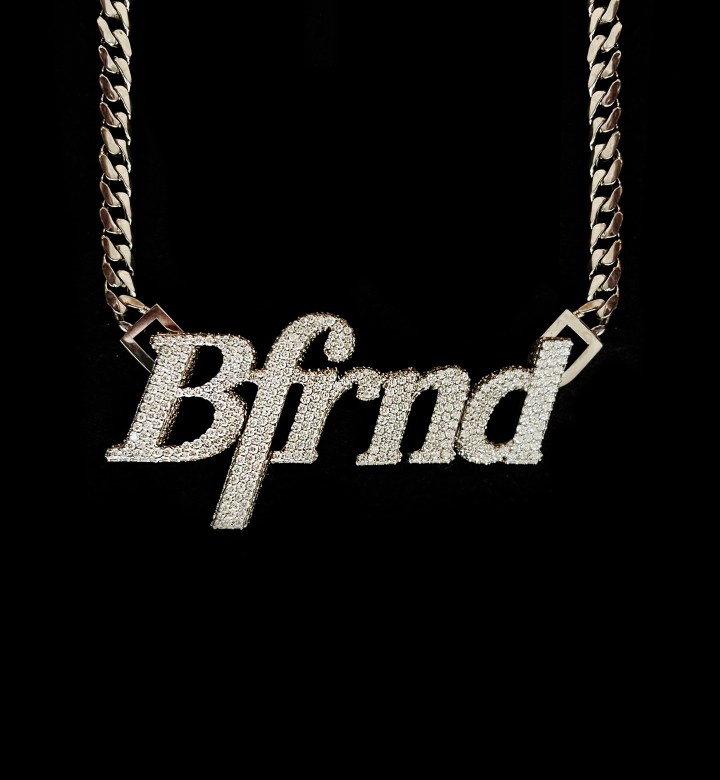 Delucca began actually producing jewelry under his own name in late 2019, but that was far from his introduction to the craft. “I had been studying jewelry my entire life. My mother was a jeweler. Since I was 11 or 12, I was on the jewelry bench, handling different production tasks for her. All through my teenage years I was managing production at her studio,” he tells me. But this nascent involvement with the discipline didn’t foster a desire to get into the game. “Because mom did it, it was never something I wanted to do. Hated it. Never wanted to do that shit. It was what my mom did. My back would hurt hunched over the bench for 9 hours a day,” he chuckles to me.

After years of seeing how others were creating jewelry, however, his tune changed. "At a certain point, I just thought, these are skills that I have. And I was watching other people do jewelry and I was critiquing it as somebody who knew about it. I just felt like some of the things they were making really lacked respect in the craftsmanship," he tells me. 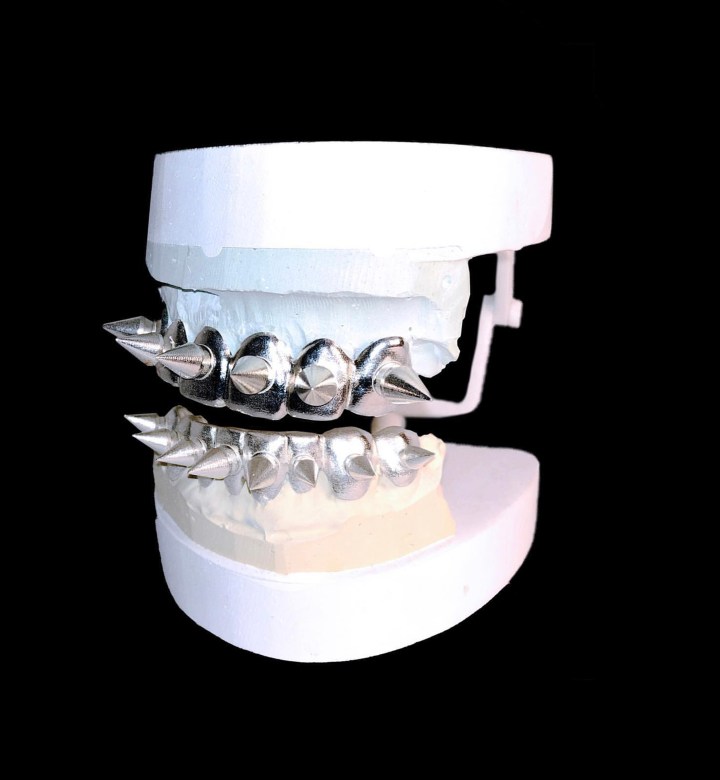 “A lot of my early inspiration for wanting to do jewelry under my own name was Jacob the Jeweler, Pharrell, that early 2000s pop art slanted street jewelry vibe,” he explains. But Ian was finding that “a lot of jewelry is thrown together as quickly and cheaply as possible.”

I've always felt like the culture deserved a little more respect and consideration, so that's what we're giving it. That's the lane.

By invoking his years of experience in fine jewelry, Ian aims to combine the cultural elements and references of contemporary fashion and imbue them with the techniques he learned hunched over his mom’s work bench. “To take this current cultural moment that's happening and give it the technique of fine jewelry.”

Delucca’s first project was a series of diamond-encrusted AirPod. In 2019, “AirPod culture” was at its height, so this piece is particularly emblematic of the ethos he’s trying to encapsulate with his work. The AirPods went pretty viral, leading to a lot of other opportunities: “Through that, Kim Jones at Dior hit me up. He was styling the first men’s edition of Harpers Bazaar and he wanted some of the AirPods for that.”

From there, he connected with J Balvin and showed him some sketches of potential grills he was working on. “He immediately threw out, ‘Let's do a collaboration with Spongebob,’” Ian recalls, a story that absolutely tickles me.

Since then, grills have certainly become a mainstay of Delucca’s repertoire. "I think they're an interesting canvas, but it's important for me to have a breadth of work," Delucca remarks. In some ways, he’s moved grills into the future. Instead of a messy and imprecise dental mold, Ian developed his method utilizing 3D scanners, which allows for greater precision and creative control.

One of his other favorite pieces was his recent G-Shock watch; "That's one of those pieces that I was so proud of as it was happening.” He explains that the G-Shock was a perfect opportunity to reference the aforementioned early 2000s era of pop art inspired jewelry.

Ian has a ton on the horizon, but due to the nature of the business, we can mostly only speak about the future in more generic terms.

That is always in the back of my mind, what is going on culturally right now?

And aside from specifics, he’s most excited about the burgeoning style of jewelry he is helping to popularize. “The biggest thing that I like about it is just that it's engaging culturally. These are things that are happening now that I get to be in conversation with through the work.”

“I think there's a really specific lane for my work. When you look at the highest level of jewelry that is coming out of large fashion houses with a jewelry arm, you see a lot of the same visual language,” he notes, adding: "It's amazing, it's great quality stuff. But I think that there's so much interesting stuff happening culturally over the last hundred years that we can reference in our work that just is being ignored. And I think that—ultimately—you need to engage culturally if you want to be relevant moving into the future.”

That's the thing that I'm excited about, is establishing a new visual language for high jewelry.

In rapid succession, Ian fires off a couple of other ridiculous things he hopes to accomplish—ranging from the sincere to the outlandish: a Jesus piece with Queen Elizabeth’s face on it for Sir Paul McCartney, “a piece for Dennis Rodman, because I need to make a piece for Kim Jong Un,” and some other stuff that’s actually in the works.

Delucca leaves me with one of the sillier goals I've heard in a while, grinning as he utters it: “At the end of the day, I would love my work to be on kings and dictators."