The Evolution of Digital Curation in the Moodboard Era

A conversation with @enigma.curation on his transition from archivist to artist 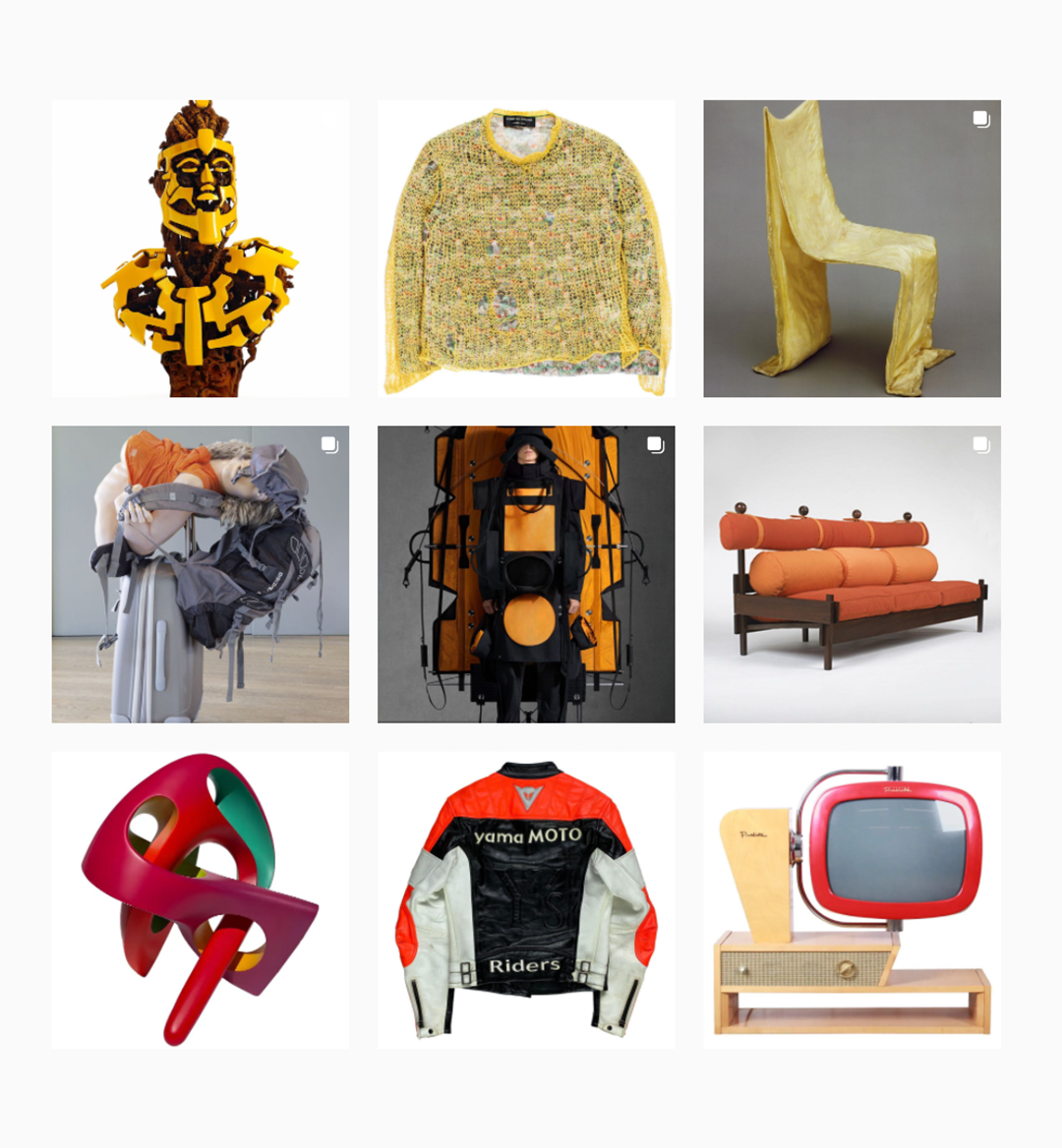 When @enigma.curation first started his account on Instagram in 2019, it was just a private image archive for personal use. Now, 3 years later, the page has racked up nearly 50,000 followers and Enigma himself has done everything from art shows to releasing his own products. The page features daily posts of furniture, fashion, and artwork, each carefully selected by color and form. We had the chance to speak with him about everything from his come up to the state of the burgeoning scene of curators on social media.

Enigma’s start began far from the world of art and design, having gone to college for a double major in marketing and finance. “I hated it”, he says, “I was going to be a guy at a marketing agency.” So when he was recruited to work at Louis Vuitton from his part time job at Nordstrom, he leapt at the opportunity. From there his journey through the luxury industry continued: a brief stint at Barney’s before its closure, celebrity styling at Balmain, and interior design for Restoration Hardware, to name a few.

It was during his stint at Balmain where Enigma first conceptualized his page. “Working for singular houses can become boring, because you submerge yourself in the ethos of the house. I needed an outlet, so I thought, ‘Let me start curating.’”

Curation began as a personal exploration, but Enigma’s experience in luxury and longterm fascination with design quickly led to his friends telling him to take the page more seriously.

“At first whatever came to my head, I would post. But I decided if I’m going to make this public I need to curate it properly.”

A brief glance at Enigma’s Instagram will let you know that’s exactly what he’s done. His page is one of the most meticulously planned, with each day beginning with a furniture post, succeeded by fashion, then artwork. Each day works steadily through the color wheel, creating a beautifully organized feed that aligns with Instagram’s grid. 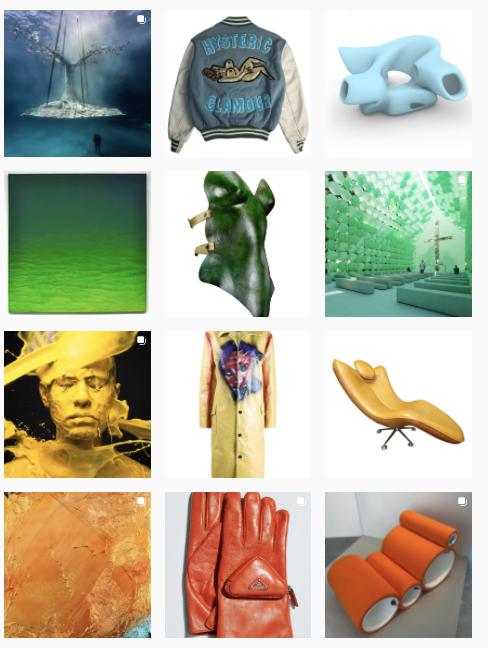 Considering how carefully planned the page is, the spontaneity of daily posts is still somewhat surprising. “On my phone alone I have 90,000 photos, and then another 10-15,000 on Pinterest and Are.na. Every day when I wake up, nothing is planned. What went up 10 minutes ago was decided 10 minutes ago.” Enigma posts largely based on what he’s feeling as he scrolls through his colossal archive, but furniture–his first post of the day–always dictates the mood for the rest.

Instagram and other social media platforms rely heavily on their algorithms to push content to users, leading to an ecosystem where content is frequently reposted and shared between several mood board pages. With that comes an aspect of social hierarchy, where larger pages forego the work of researching themselves, only reposting others with the unspoken understanding that exposure for smaller curators is enough. Enigma doesn't name any names, but implies that the issue is common.

It is with this in mind that Enigma expressly searches for all of his own content, and never posts just for the algorithm. Key things he looks for on a day-to-day basis are historical context and innovation within a given field. "In order for it to be truly artistic, it needs to have longevity," he says, "it's something that's missing in this commercialist, copy-and-paste environment. You can be overexposed to something and it loses its magic.  I don't dislike anybody who likes that or that's all that they know, but the real problem is the algorithms."

Enigma keeps his identity hidden for a similar reason. He wants all of his curated posts—and his own work—to be viewed in a vacuum, free from judgements about him or the people he knows. In an environment dominated by identity, where peoples' judgement of a work is predicated on their opinion of the artist, it's a refreshing take. In a sense though, Enigma's curatorial abilities say everything they need to about his character.

Art is supposed to give you a feeling.

He's commonly asked why everything he posts is so expensive and unattainable, but that's precisely why it needs to be shared for the world to see. Audiences see hundreds of Nikes in their feed every day, desensitized to the reality of conspicuous consumption and working conditions at these massive corporations; yet they question the ethics of a Damien Hirst artwork using real animals. Enigma understands that this might be the viewpoint of some audiences, but "Art is supposed to give you a feeling. I think it's important that those things are created so people have that reaction, it serves its own role in design. It's not necessarily good, but if it's already made we can learn from it."

It's easy to see how his own work, like the Duality of Man candle, draws from the vast wealth of information at his disposal and his core values. The limited edition of 100 pieces is ethically produced from eco-friendly soy wax and hand poured in Los Angeles and, like his curation, explores the various facets of the human condition and the means through which they are expressed. This thread continues through artworks like the "Cycles" series, which interprets one's perception of the world over time as a sequence of circles on rich, textured backgrounds that revolve around the color wheel just like his posts. 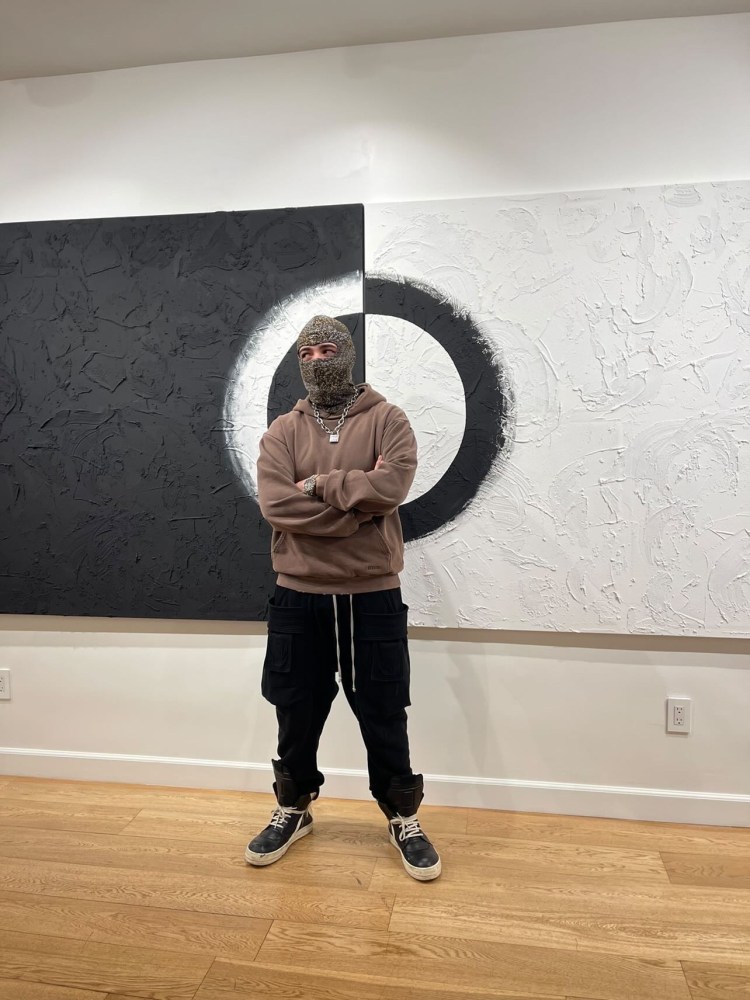 Enigma's recent art show in LA displayed much of his painted work, all of which can be viewed online here. If what he has already shown is any indicator of his path moving forward, expect big things to come from him in every discipline from fine art, fashion, product and beyond.