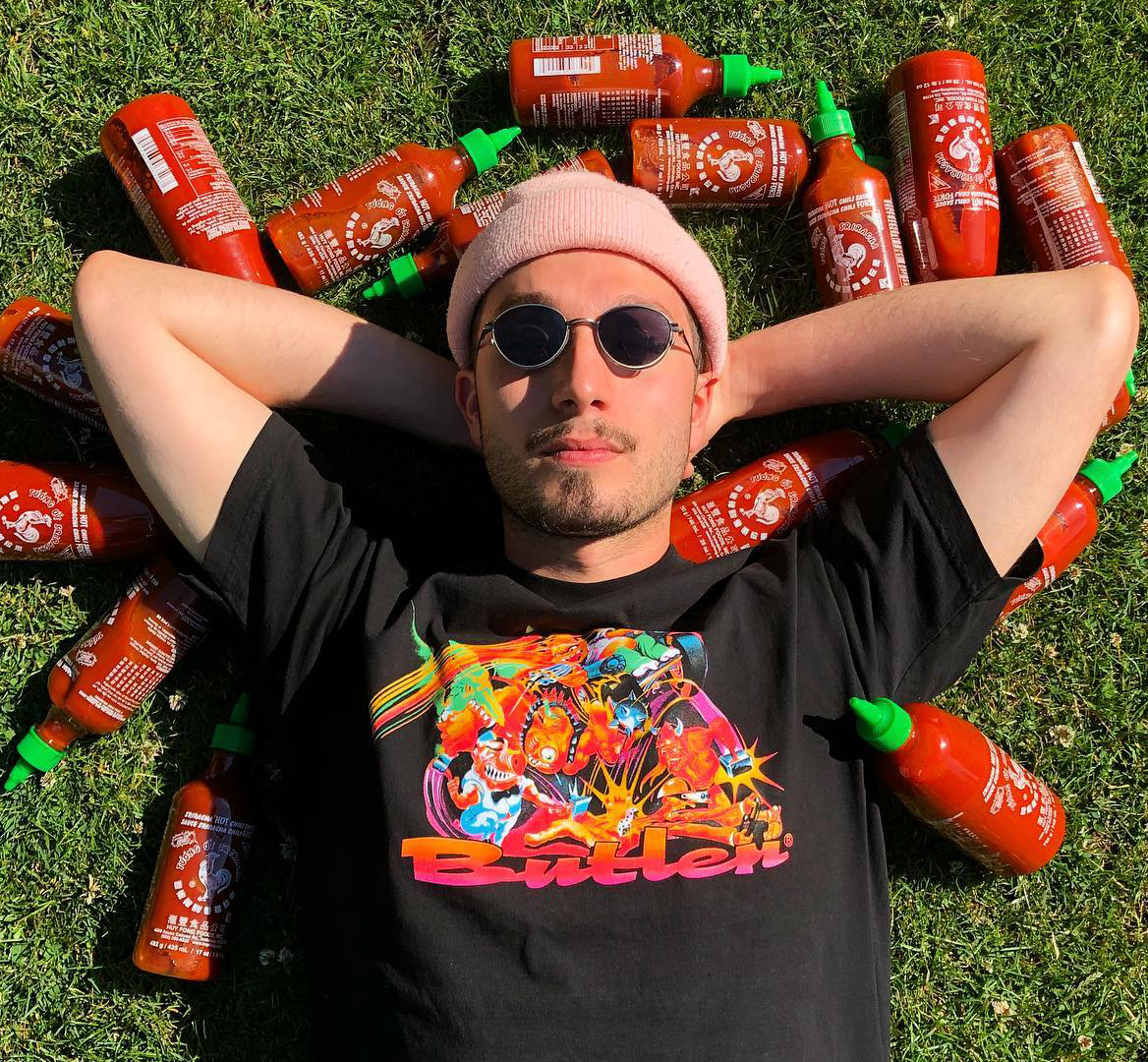 Few artists have had a successful summer as Bbno$. Hailing from Vancouver, Canada, his song “LaLaLa” produced by Y2K has netted over 200 million streams on Spotify, while the music video is quickly approaching 60 million plays. Since the sudden rise of “LaLaLa,” Bbno$ has gained a cult-like following and, as of September 2019, has amassed over 18 million monthly listeners on his Spotify.

Despite his recent Spotify success, Bbno$ began his career in September 2016 on SoundCloud at the beginning of the platform’s ascent into mainstream culture. Almost immediately, his songs generated buzz. However, it wasn’t until Jackson Yee of the Chinese dance crew TFBoys featured his song “Yoyo Tokyo” that his popularity overseas began to soar.

Now an international celebrity abroad, Bbno$ followed up that pivotal moment by releasing his first EP called Baby Gravy, a collaborative project with Yung Gravy. The EP, featuring a diverse group of underground producers, became a classic on SoundCloud, with each song garnering close to 1 million plays. The cover art featured Bbno$ and Yung Gravy each drawn clumsily in Microsoft Paint, a similar style used by Lil Pump and Smokepurpp for their track “Broke My Wrist.”

Continuing to progress as an artist, Bbno$ then released his debut studio album bb steps. In two years, he grew from a relatively unknown artist to one captivating music audiences around the world.

Looking back, perhaps it’s no surprise that 2019 was destined to be a fruitful year. In June, he released his single “LaLaLa” produced by Y2K. It became his first appearance on the Billboard Hot 100 as well on other charts around the world. In promoting the song, Bbno$ and Y2K told Rolling Stone that they adopted unconventional marketing methods such as creating a fake story about how they met, using Tinder and even harnessing call centers. Here is our interview with Bbno$, a musician you need to know

How did you use TikTok to promote of the song "Lalala," and what are your views on TikTok as a promotional tool for artists?

Bbno$: Tiktok started to go viral before we even released the song. People honestly just started using it and it kind of caught like wildfire. Nice Michael, The Bentist and Hope Schwing all are good friends, and they continued to help throughout the blow-up phase. I think TikTok is great honestly—it is an amazing form of promotion. Even if people think it's corny, everything is. So, really don’t waste your time overthinking it.

You initially got started on SoundCloud, but now Spotify is your largest platform. As an artist, how do you currently approach distributing your music?

Bbno$: I get my music everywhere and constantly upload. I would way rather have 100K followers on SoundCloud than 300 to 400K on Spotify. That’s just a personal thing. SoundCloud has always meant more to me. I grew up on it, so it’s just way doper.

What are the added benefits of having a record label marketing your music when you were so effective doing it on your own?

Bbno$: Zero benefit, except you would have 30 to 40 people doing the exact same thing one can do. I just figured out how to do it. Sometimes songs hit, sometimes songs don't. You can't push mid-music unless it's intentionally bad.

Are you planning on signing with a label or remaining independent?

Bbno$: I just did the seating process with pretty much every label. I practically market my music just as well as a label would, but I don’t have the radio hookups. So, for now, I’m not sure if I want to sign. I’d love to do this all myself.

How have you seen the SoundCloud rap scene evolve?

Bbno$: Honestly, the scene is super dead right now and it kind of sucks. People used to be way more popping on SoundCloud before the Spotify and Apple Music craze, but I am glad I am close as heck to 100K followers. That's a milestone that I’ve been waiting to hit for ages.

Bbno$: I could write pages on this, but I just find it kind of funny. I started this rap stuff as a hobby and then it turned into my passion and I hit Billboard. Y2K and I are super proud of ourselves and it is really great. I never would have expected myself to get this far—it’s a cool feeling.

What are your thoughts on clout culture?

Bbno$: Man, I went to some party in The Hills not too long ago and that was absurd. I could count more clout goggles than people. But I won’t hate on it. If people want to fit into that group of people, then go for it. I am indifferent and will just work by myself.

Do you write all of your songs, or do you mostly freestyle?

Bbno$: If people can freestyle a song in its entirety, bravo. I saw Soulja Boy make nine songs in two hours without touching a pen. Impressive as hell. So, in that case, yeah. I write almost all my songs. But I mumble random flows and melodies to see if I can subconsciously make it a hit.

Do you consider yourself a workaholic?

Bbno$: I was having a conversation with my manager and good friend Antonio Chavez (legend) and I can’t really remember how it came up, but we were talking about why I was doing this while on a walk or some shit. [laughs] I realized there is literally nothing better to do. You are free to drink and party nonstop, but what purpose does that give you, you know? I wake up every day and want to grind because fuck it why not? In my opinion, there is really nothing better to do. So yeah, I’d consider myself a workaholic.

I wake up every day and want to grind because fuck it, why not? In my opinion, there is really nothing better to do. So yeah, I’d consider myself a workaholic.

Bbno$: Honestly, not as bad as I expected. I didn’t party much cause my roomies were academics also, so it was sick. I’d just wake up extra early and make sure my timetable was organized so I would be able to have a couple of days off in order to maximize my output of songwriting on a Friday or whatnot. I genuinely liked some of the topics I was learning and had a good study network with friends and they helped me out.

You mentioned translating your experience with World of Warcraft to music. What are the parallels between gaming and music?

Bbno$: I’d like to think that in World of Warcraft, you could never really get to the top of the food chain. Sure, you could hit like 60 or 110 whatever max level there is, but you could borderline never have the highest amount of gear score, so it’s kind of like music. Sure, you can have a hit, but I’m never gonna be as crazy talented as Michael Jackson. Even in his music, I’m sure he thought there were imperfections. The never-ending cycle of trying to make perfection, you know?

Read Next: 6lack Won a VMA and Proved That Yeehaw Fashion Is Still a Vibe

Read Next: You Need to Know This DJ Slash Entrepreneur Slash Angel Investor

Read Next: How One DM Changed This Streetwear Designer’s Career