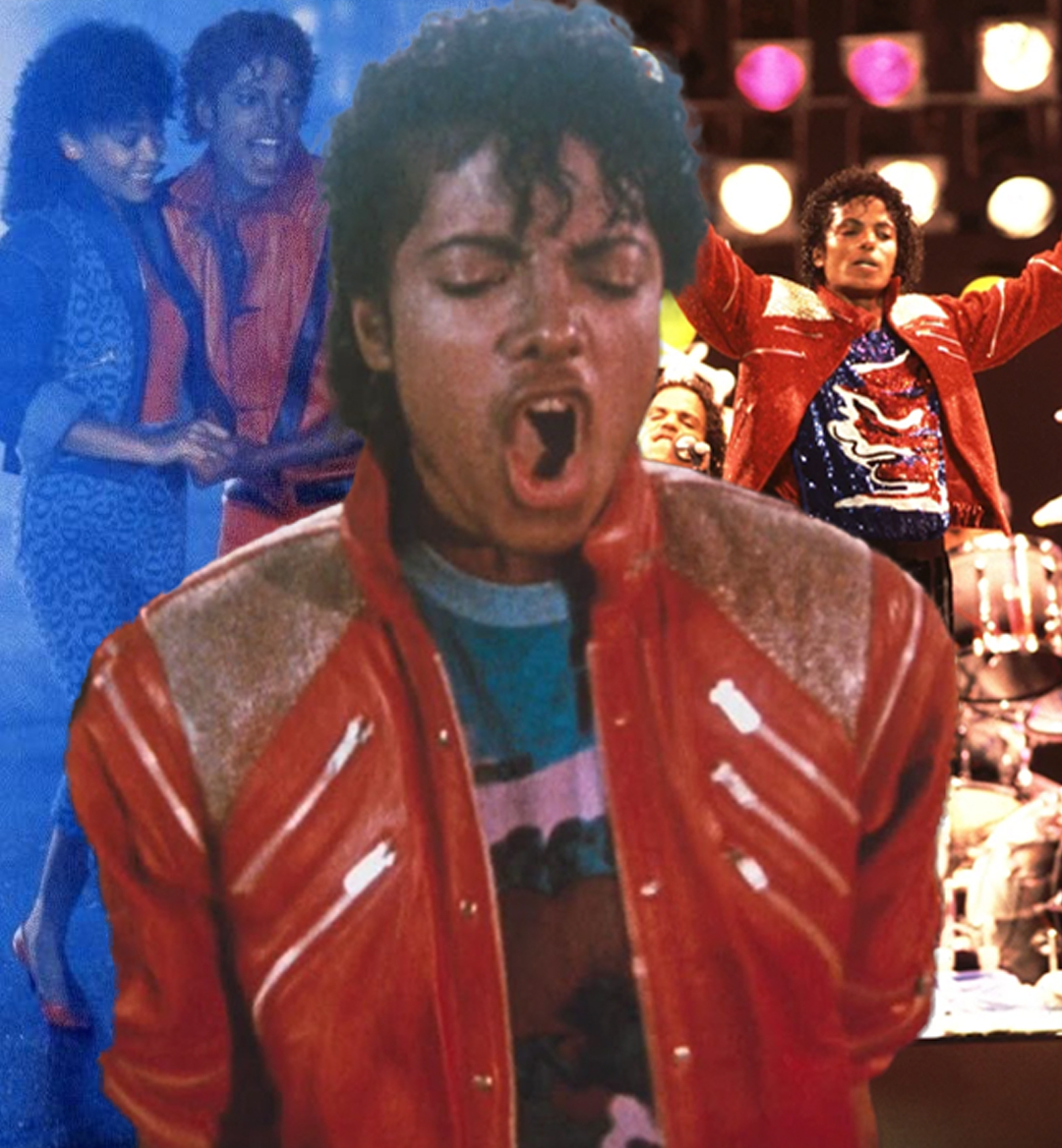 On this day, exactly forty years ago, the biggest selling album of all time, Thriller was released. It doesn’t seem like it’s been forty years since the album’s debut because Thriller has never not been culturally relevant. In fact, you could very well make the argument that the album only becomes more iconic as time passes. In case you needed any proof of that statement, at the time of this writing, Thriller is currently sitting at number seven on the Billboard Hot 200, which is absolutely insane.

Some more Thriller fun facts: the album spent 37 consecutive weeks at number one on the charts, the music video for “Billie Jean” made Michael the first Black artist to be played in heavy rotation at MTV after the network originally denied the video any kind of coverage whatsoever due to the fact that it wasn’t “rock enough,” Thriller was certified 34x platinum by the RIAA in 2021, and the album was added to both the Grammy Hall of Fame and Library of Congress in 2008. 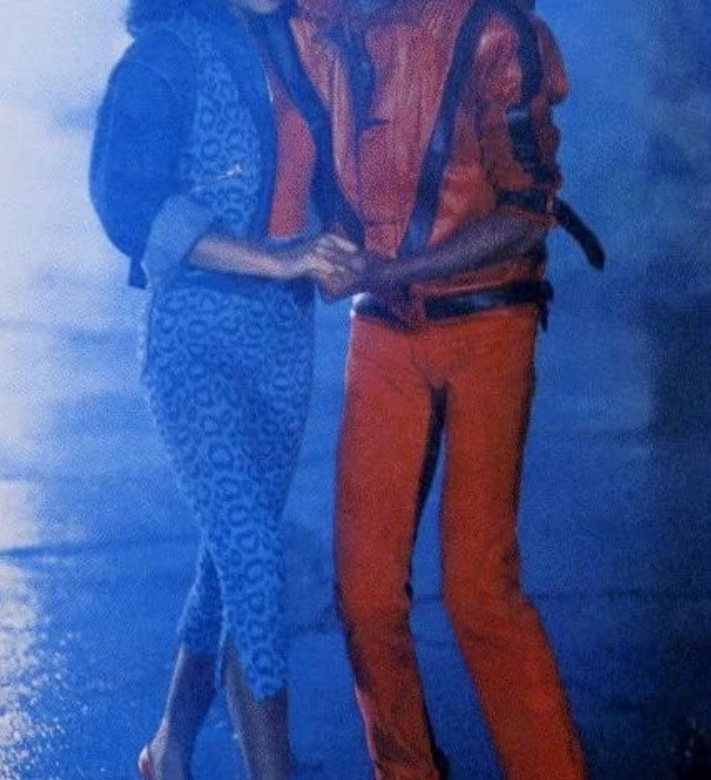 And folks, that’s only a handful of the achievements. In addition to the massive worldwide success, the Thriller era also solidified Michael’s place as a global fashion icon, to which he had previously began capturing the public’s attention with his previous album Off The Wall, and his 1970s style. Now when it comes to the topic of Michael’s most legendary fashion moments, if we are keeping it completely honest, it can't be done with just one article because he has so many moments dating back to his childhood (even his outfit for The Jackson 5’s national debut performance on Ed Sullivan is iconic), and each individual album era was different.

For example, the Bad era (which would follow five years after Thriller and is celebrating its 35th anniversary this year) brought forth a completely different set of game-changing fashion moments. In order to fully do Michael justice, you would have to break it down era by era. 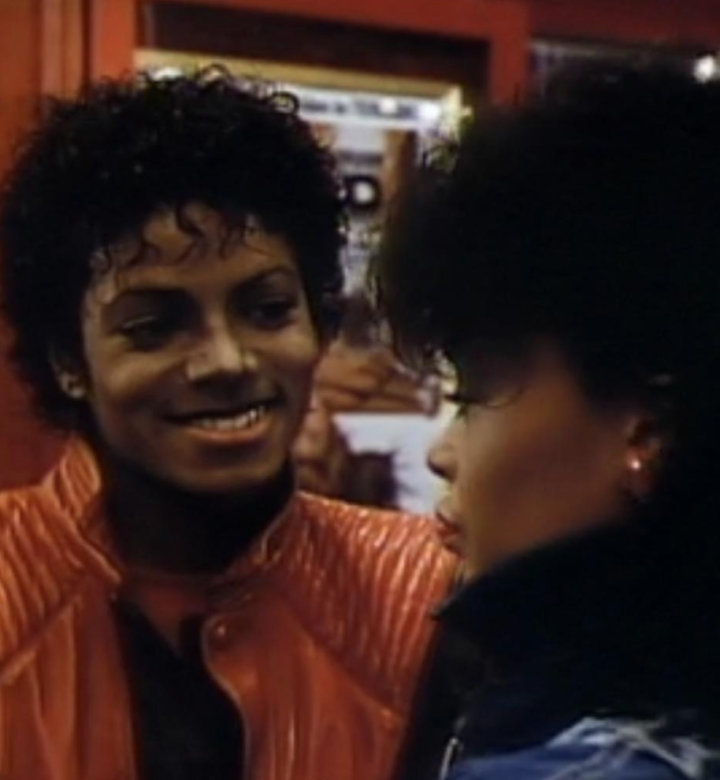 So with that being said, we’re going to keep this on the Thriller time period for now, but rest assured that we will have more coming in the future. Now let’s get to it.

Do us a favor, take a close look at the kid in this commercial and see if you recognize him. Look familiar? That, ladies and gentlemen, is indeed Alfonso Ribeiro aka Carlton from the Fresh Prince of Bel-Air in that commercial with The Jacksons. That’s just one of many memorable things about this spot that was used to accompany the brother’s upcoming Victory Tour that year, and that black and white leather motorcycle jacket Michael wore was a killer as always. 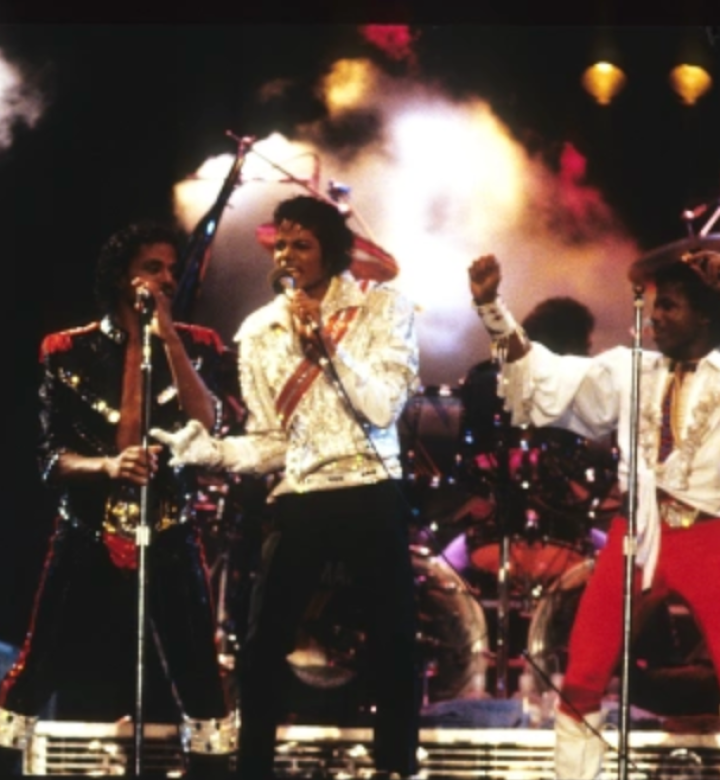 While not officially a part of the Thriller album, the release of Paul McCartney’s single Say Say Say, which featured Michael, from his 1983 album Pipes of Peace was yet another memorable fashion moment. The music video (which was filmed in October of that year), featured some pretty cool looks from the duo, all of which were custom designed by Versace.

Michael received his official star on the Hollywood Walk of Fame on November 20th, 1984, and as you can see, he was stylishly decked out for the occasion with a slightly similar version of the glitter military jacket that he wore to the 1984 Grammy ceremony. It’s definitely on our bucket list to visit Michael’s star one day.

Here. We. Go. Since the celebration of Thriller 40 is going to span the entire year, we are going to save the in-depth style breakdowns of Michael’s short films from the album for our Fashion on Film series, but we’ll leave you with a slight preview of what we’re going to talk about for each video. As we mentioned earlier, MTV had previously declined to air the video for not being “rock enough.” Long story short, CBS essentially had to threaten to pull all of their artists from MTV in order to get the video played, to which MTV finally relented. 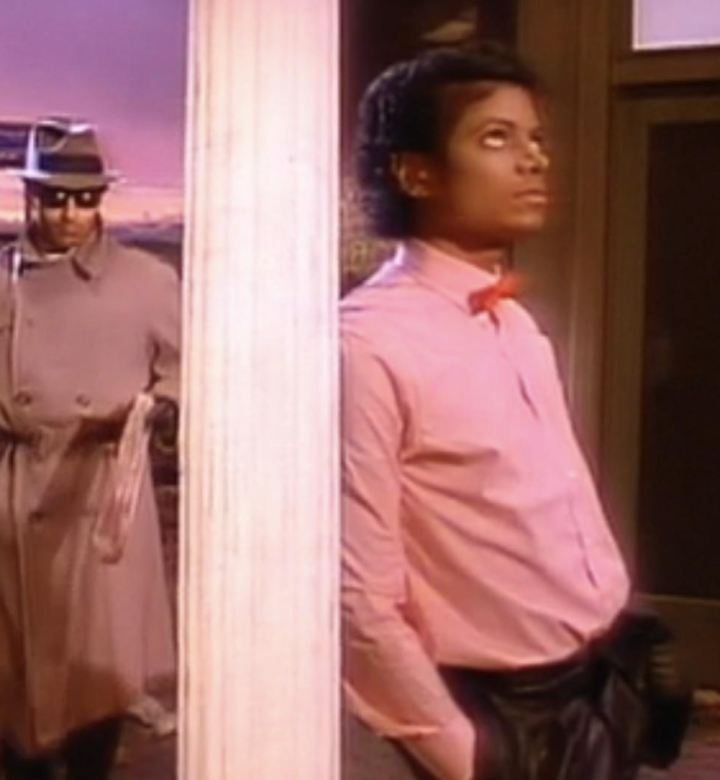 You guys already know the outfit for this video: A tailored suit, pink v-neck, a red bowtie, and penny loafers paired with white socks. Iconic.

The 1984 American Music Awards ceremony was a monumental night for Michael, taking home eight awards which included the American Music Awards Merit Honor. To put it in perspective, Michael basically received a lifetime achievement award presented to him by legends decades older than him at the ripe old age of 25-years-old. He also donned one of his most recognizable outfits to date at that award show, wearing a red sequin military jacket never before seen, and never seen since.

Folks, we present to you the music video style for “Beat It.” Again we’re going to do a deeper dive into this later, but there were two main components style wise of the “Beat It” vid: the keyboard design t-shirt that we see Michael wearing at the beginning, and the red leather jacket with gold embellishments that he paired over top a colorful tee. Black pants and loafers with white socks completed the outfit, making it one of Mike’s most recreated to date. 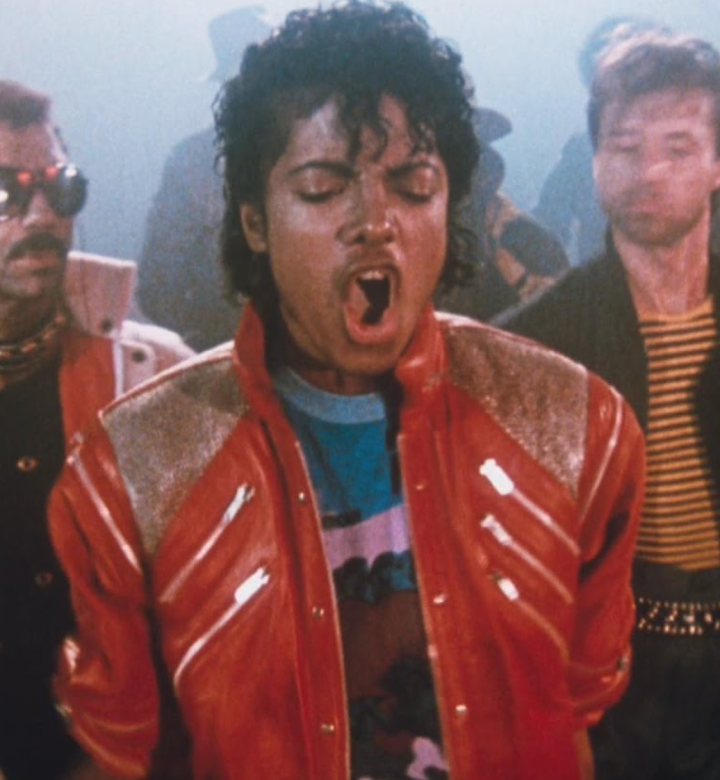 Oh boy. Listen, we are going to have a time when we do our fashion deep dive into Thriller, for now though, enjoy the jacket so legendary that it has its own security. Seriously (the jacket was escorted into the Rock & Roll Hall of Fame in Cleveland not too long ago with a ton of security).Oh, and let’s not forget the Varsity Jacket as well.

Another Fun Fact: The Mandalay Bay Resort in Las Vegas has a Michael Jackson store right next to the auditorium where the Michael Jackson One show takes place, and it has recreations of a lot of Michael’s jackets, including the Varsity one. 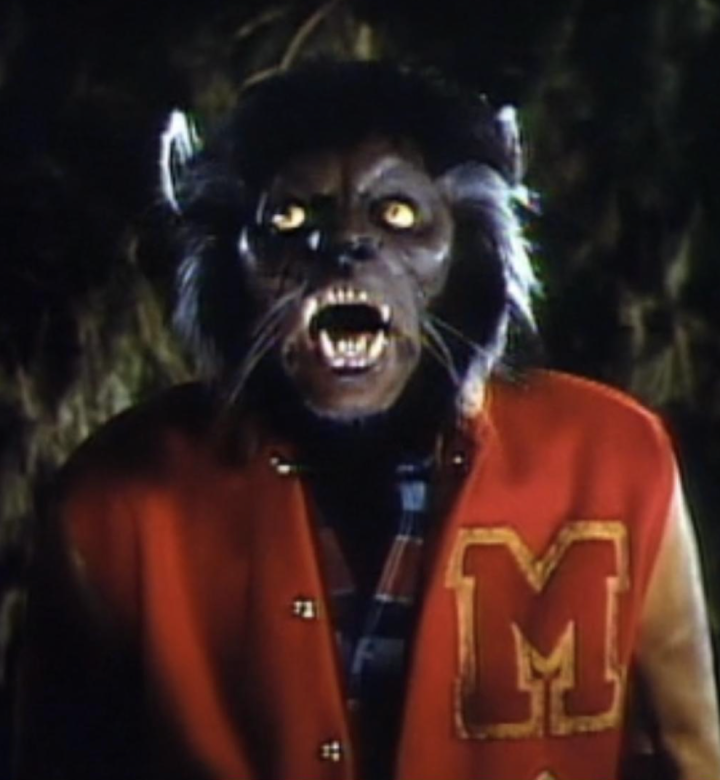 The first ever performance of “Billie Jean” in front of a live national television audience. The first time Michael ever did the moonwalk in front of a live national television audience. All done in a black sequined jacket, a glittery undershirt, a white sequined glove, black pants, penny loafers, and of course, the socks. Many believe Motown 25 to be the beginning of Michael wearing the singular white glove, but he actually started wearing the glove during The Jacksons 1981 Triumph Tour because he thought “one glove looked cooler than two.”