The 23-year-old has big things in store 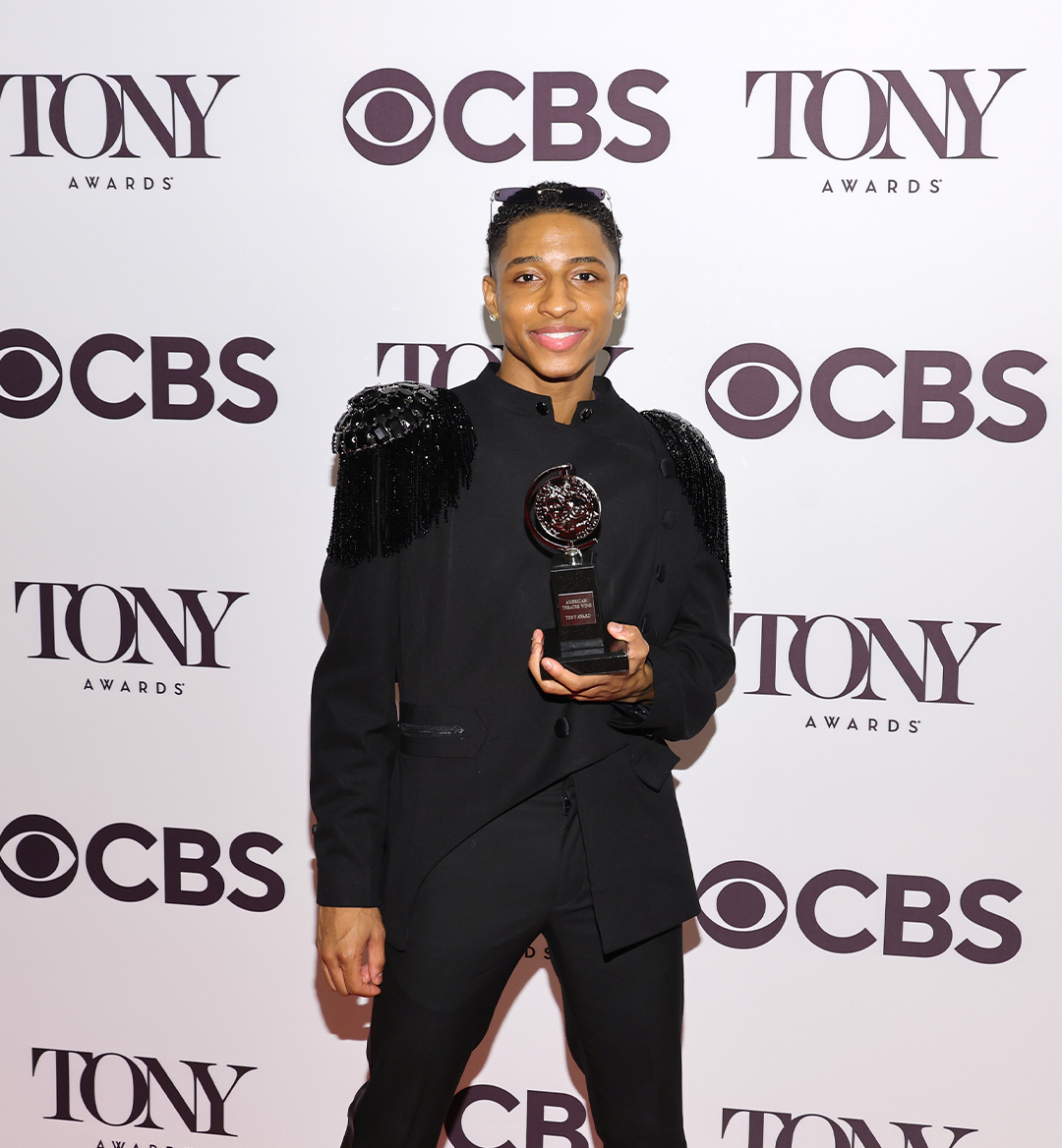 Myles Frost has had quite the year. From being cast as MJ in MJ the Musical (which has been a massive success at the box office), to winning “Best Lead Actor in a Musical ” at the Tony Awards and being recognized as one of Hollywood’s brightest young stars, Frost is on a run—and doing so in style.

You can check out the full interview below.

ONE37pm: Thanks for chatting with us Myles! Let’s go back to the beginning of your style journey. When did you discover your love for style?

Frost: The origins of Myles’ style… it’s kind of funny! I used to have a band in middle school called Fresh Flights, it was the first band I ever put together and it was a new experience for me. My mom told us that we needed a cohesive look, and it was her idea to give us all colors. I wore green, my bass guitars wore yellow, the lead singer wore pink, etc., and I was like… "I don’t know if I like that!” Fast forward to high school, I went from an all-black school to a PWI. People dressed differently, and I had never seen such a variety of styles because I was just used to what I saw.

ONE37pm: What does a day in the life look like style wise when you are not working?

ONE37pm: How about when you are working? Like for example the Tony Awards. Congratulations on winning best actor by the way! Major Historic Achievement!

Frost: I told Maggy that when it comes to the bigger pieces that would be displayed, I said I wanted my style to be a mixture of what Michael would have worn during Off the Wall, but a little more futuristic and current—to add Myles in there. I also loved how Mike’s style stood out, but I wanted it to compliment me. I don’t know how Maggy did it, but she understood it! Maggy, do you want to take over?

Myles reminded me of that when I met him, and then when I came here and started teaching, I didn’t see that in the school system. So I had to bring that back to make boys feel it’s okay to get dressed up and look good all the time. Myles already had that because that was his upbringing. His style to me was very representative of himself. People call me now asking to get stuff that Myles wears!

He has that unique type of image. He loves to be very sophisticated. Like the GQ man, but still with his own Myles style to it. We’re still elevating and learning different styles that we can play with, but he still has his signature style. This boy’s just killing it! I hear it all the time! Myles creates it, I just enhance it!

ONE37pm: Talk to us a little bit about the role of style as a dancer. Is there a bit of a difference on stage in terms of fluidity, comfort, etc?

Myles: For me, it’s all about the relationship between the shoes and the floor. As a dancer, that is the biggest thing that I think about. I was having a conversation with Ciara when she came to the show, and she was asking me questions about the shoes and some of the things she does with hers. It just shows the importance of the shoes and its relationship to the floor.

When I was at the Tony’s rehearsal, I spent 20 minutes just feeling the floor with my feet because I wanted to know every nook, cranny, and crease in the floor. I have to have a map of that in my head so that way when I dance and I’m dancing full out, I don’t trip and fall. I’ve always paid super close attention to the floor and my shoes.

For example, that Tony's floor was super slippery, and I was already wearing penny loafers that were broken in which is slippery on top of slippery. I knew I needed to get some resin, but that I couldn’t use too much because I wouldn’t be able to glide as efficiently, or instead of doing three spins, taking it down to two. It might not have the same effect, but it’s a lot safer because when the floor is slippery, the problem isn’t the spinning, it’s the stopping.

And then with Michael, it’s the spinning, and then going immediately into a move. That’s why I feel shoes are super important, and that’s why I love penny loafers. So many of the dancers I look up to wore penny loafers. From Mike, to James Brown, to Sammy Davis Jr., and even the Nicholas Brothers—even though they wore tap shoes.

It’s beautiful to be able to share that with them because it translates on stage. We have genuine fun in a respectful way to the theater and audience in a way that we know. We pay attention to each other. I’ll be watching Tavon, who plays middle Michael, land and stick three spins, I just light up because Michael’s spins are hard! It’s not a part of my character, that’s Myles smiling at what he did. To be a part of the cast where I’m able to do that and an enjoyable work environment, is something that I don’t take for granted.

ONE37pm: What else do you hope to accomplish in the style world, let’s just say in the next five years?  You see a line or a brand?

Myles: Why not both?! All of the things I have an interest in I would like to have of my own. Something that represents me, so you’ll definitely be seeing a shoe line, jacket line, or whatever I come up with. It’s going to be dope and impactful because I want all of the things I start to impact a culture, people who need it, and help somebody. Whatever you see from me, just know it’s gonna also benefit people.