The 13 Best Prince Fashion Moments, and The Eras That Went With Them

On the 6th anniversary of Prince's passing, we reflect back on his best 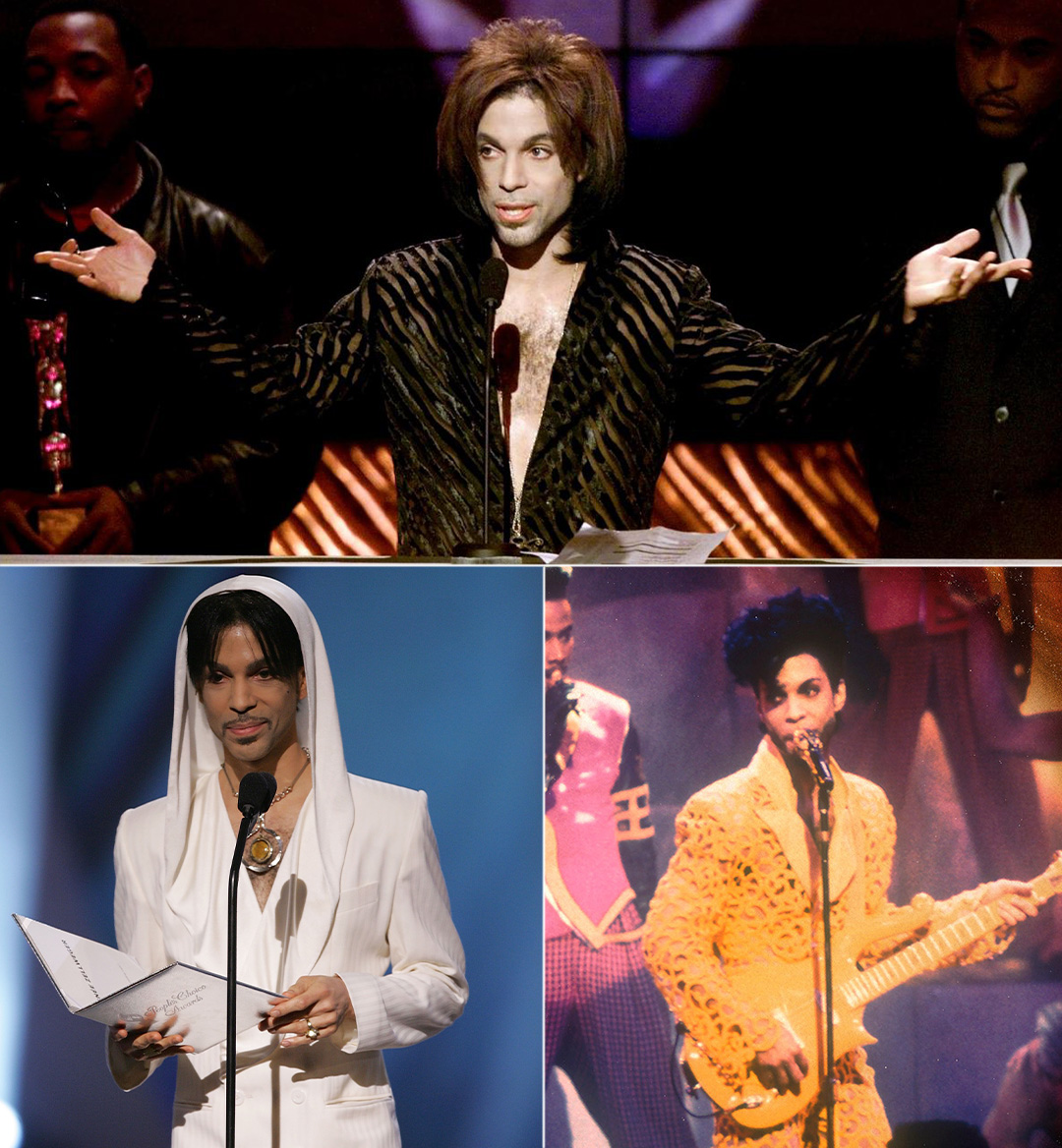 It’s been six years since we’ve lost The Purple One. While Prince is obviously renowned for his legendary music career, he is equally recognized and respected for his iconic sense of style. Prince donned many impactful outfits through the course of his thirty-plus years in the entertainment industry, instantly setting himself apart from the rest from his arrival on the scene in 1978.

In addition to his fashion sense, Prince also rocked many different hairstyles to accompany his fashion eras. From long flowing waves to short pixie cuts with highlights, Prince never disappointed, always looking impeccable, and nearly all of his pieces were custom made solely for him, meaning that you won’t ever be able to find a duplicate. That said, here are our top Prince fashion moments.

We’ll start with one of Prince’s first national television appearances. For his performance of “ I Wanna Be Your Lover,” Prince wore a satin long sleeve shirt, and gold lame pants for what’s now considered a classic moment. 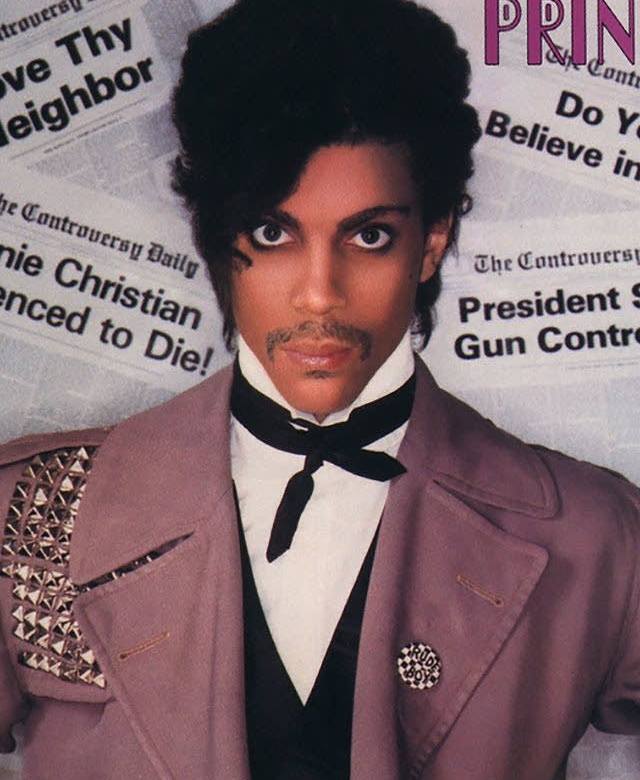 Enter the jerry curl. Everybody who was somebody had a jerry curl at some point in the 1980s, and Prince hopped on the trend relatively early. While Controversy wasn’t his breakout album (that would come the following year with 1999), the cover captured attention with Prince wearing a taupe sequin jacket over top of a tuxedo vest and tie. 1981 was also the first year (at least from a national standpoint) where we saw Prince rocking his signature heavy eyeliner. 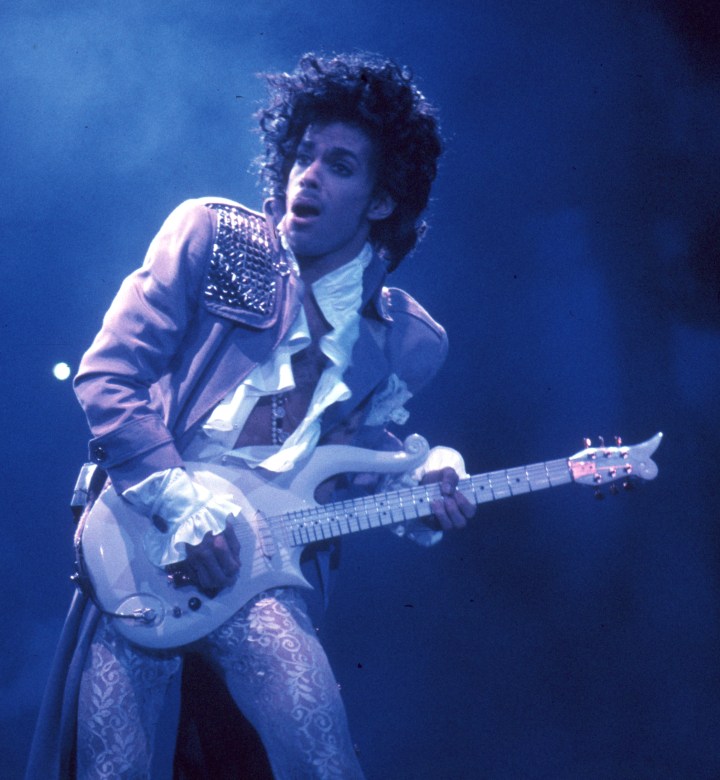 Purple Rain is what officially catapulted Prince to mega-superstar status with its legendary songs and accompanying movie. It was also the era that would forever associate Prince with the color purple. No other artist can claim purple as their identity now, and nobody will ever forget the many different variations of his glittery purple sequin jacket. 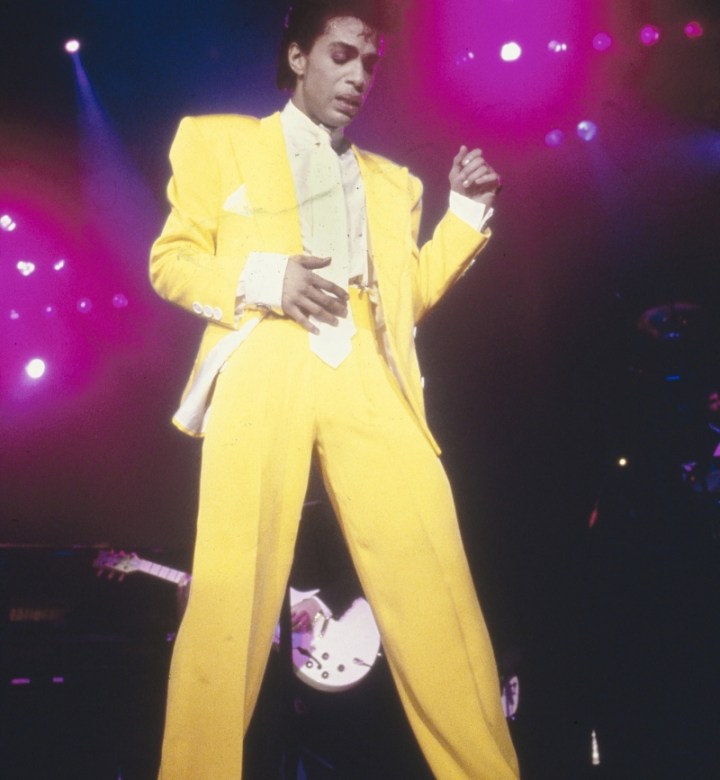 Leave it to Prince to go in a completely different direction than expected. By the time 1986 rolled around, Prince was far removed from his Purple Rain persona, making it clear that he didn’t want to get stuck in a cycle where he was doing the same thing over and over again. For his Parade tour and album, Prince took on a smooth, suave modern-day 1950s look, ditching his rockstar outfits for oversized suits, and switching the jerry curl to a slicked-back shortcut. 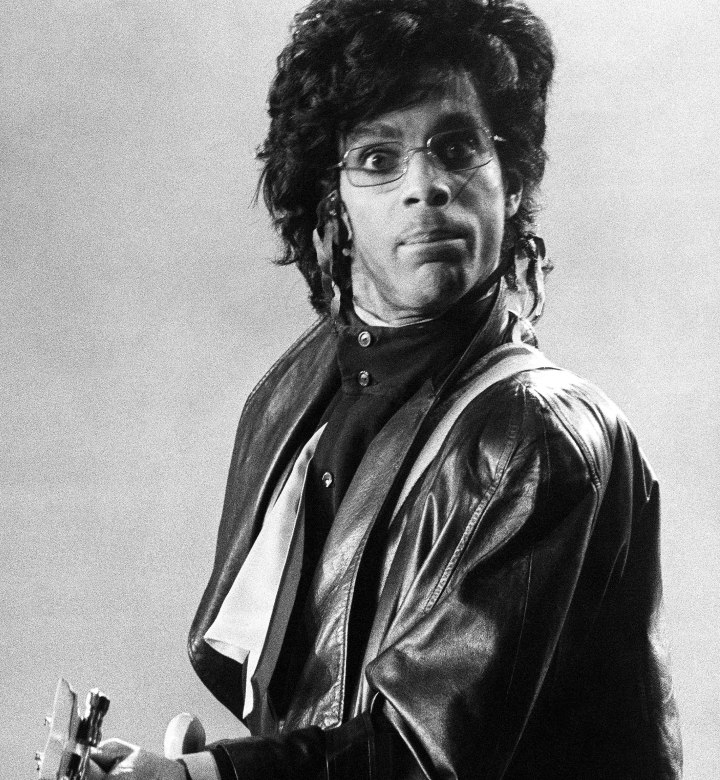 The 1950s look, however, didn’t last very long, as Prince opted for a “nerdy rockstar” style to go along with the release of his latest album Sign ‘o’ The Times. 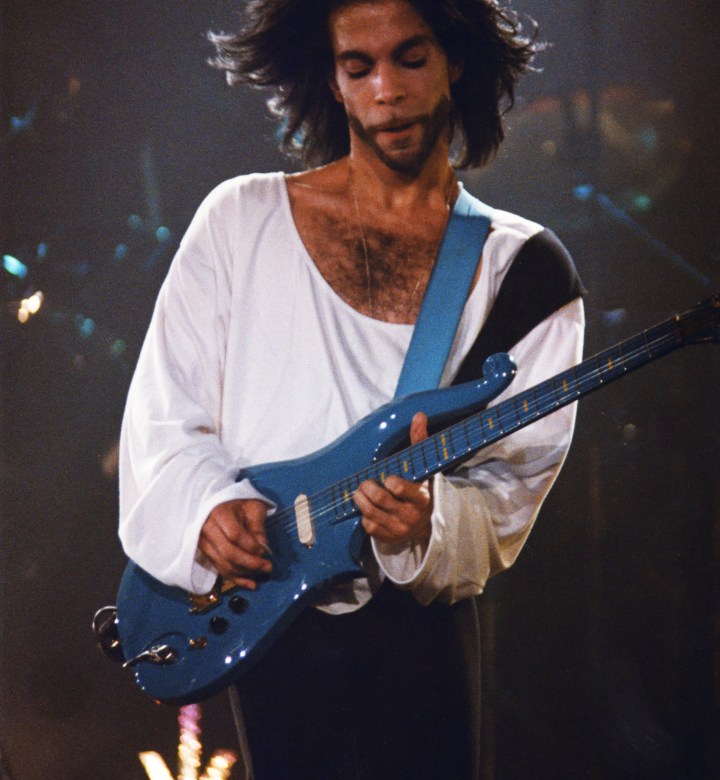 Fast forward to 1989, Prince was back to his long luscious waves and glittery outfits during the course of his Batman Soundtrack promotional campaign. He continued to sport a similar look in the year 1990, which also included him starring in the film Graffiti Bridge. 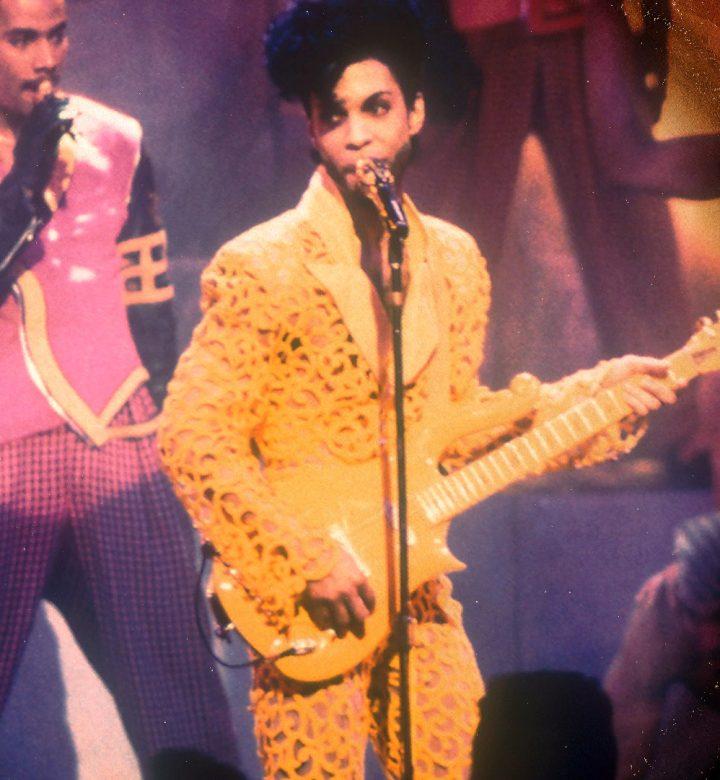 Ah, the good ole assless chaps. Everything about Prince’s performance at the 1991 VMA’s tested the limits of early 90s broadcast television. For starters, Prince was performing his hit single “Gett Off,” which is about… never mind you guys are gonna have to listen to it. The lyrics alone probably had VMA headquarters wincing, and I’d have to imagine that their anxiety got even worse when they saw his stage set up and background (again you have to see for yourself).

If their blood pressure was already rising at the beginning of their performance, they probably had a full meltdown when Prince turned and revealed his…bare buttcheeks. To this day, Prince’s costume is still talked about whenever classic VMA moments are revisited.

Sidenote: Take a look at what Prince does at the end of this performance. That’s all I’m saying. 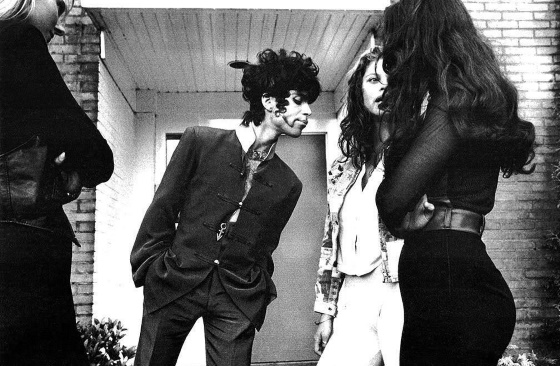 I’m including this because this picture contains a small detail that ended up becoming a very big part of the second half of Prince’s career. In this photo, Prince is wearing his unpronounceable symbol (which was a blend of the male and female gender signs) on his jacket. During this time period (which coincided with the early years of his battle with record label Warner Bros.), Prince quit going by the name “Prince,” and began the unpronounceable symbol.

However, since the symbol was unpronounceable, you had to refer to him as “The Artist Formerly Known As Prince.” The symbol stuck with Prince for the remainder of his life (even after he went back to using his name) becoming something of a logo. 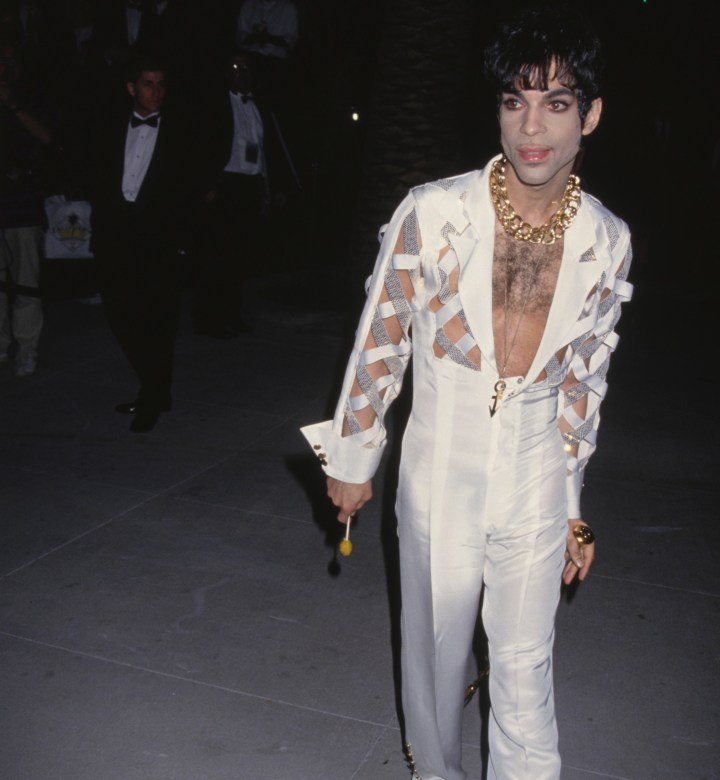 You know it is when you’re going through a rough time—you cut all of your hair off. That’s exactly what Prince did in the mid-1990s when he chopped the bouffant he had been rocking the previous year, into a shortcut with a bang. His style also became noticeably darker, with Prince incorporating a lot of black into his wardrobe. He would pretty much keep slightly different variations of this look for the next four years, even dying it a light brown color in 1997. 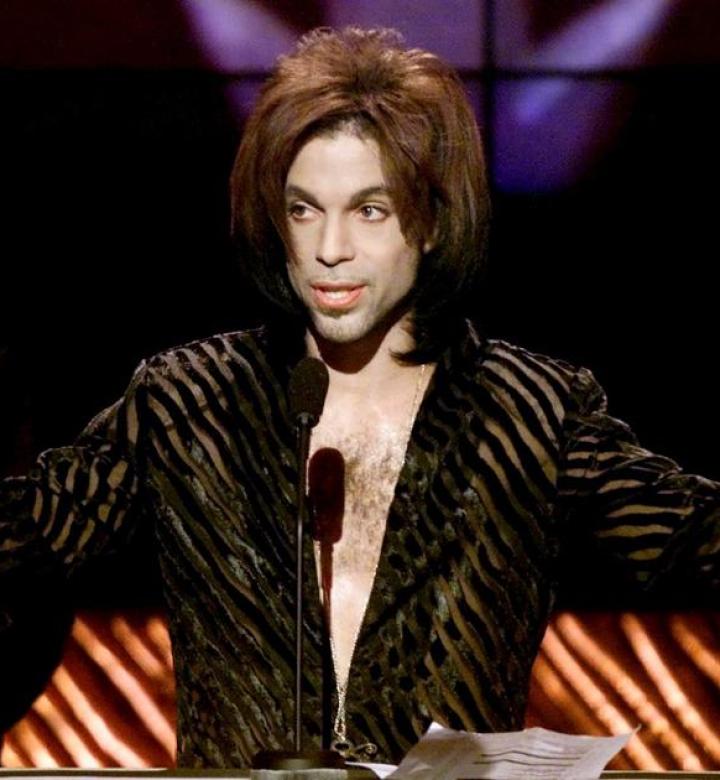 This is hands down my personal favorite Prince-style era for quite a few reasons. First of all, it was around this time that he finally came to a resolution with Warner Bros. in regards to the rights/ownership of his music. This resulted in Prince looking much happier overall, and it was reflected in his look and style.

Prince emerged into the new millennium having grown that light brown haircut he got in 97 past his shoulders, and with minimal makeup, looking a slightly more mature version of his 1989-1990 self. He was also still very much a fashion trendsetter, opting to wear only one big hoop earring instead of two, kicking off a new craze. 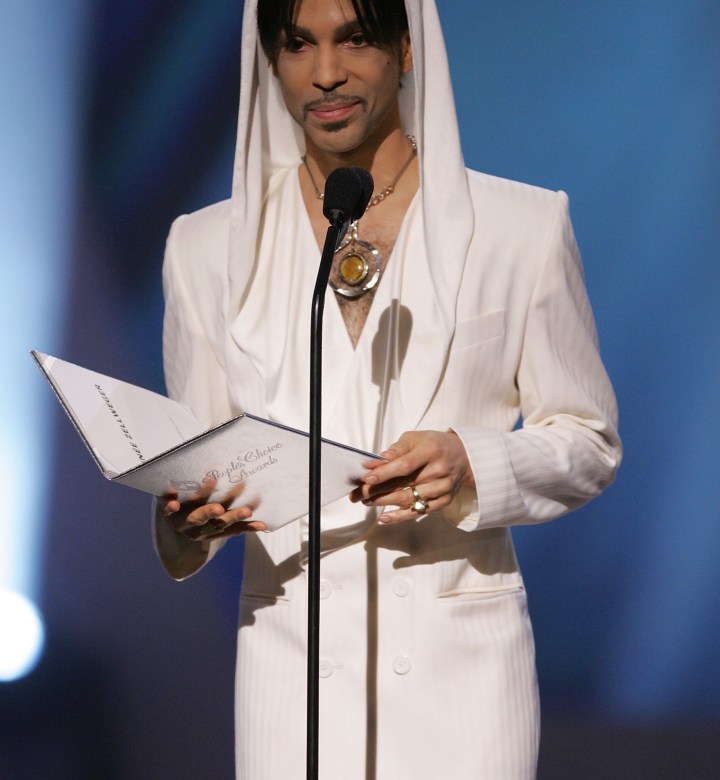 Whenever anyone talks about Prince’s best style moments, this is always included. I’m not sure how exactly to describe this other than angelic. Only Prince could pull off a fit like this, and the response of the crowd still proved the power that he possessed more than twenty years into his career. 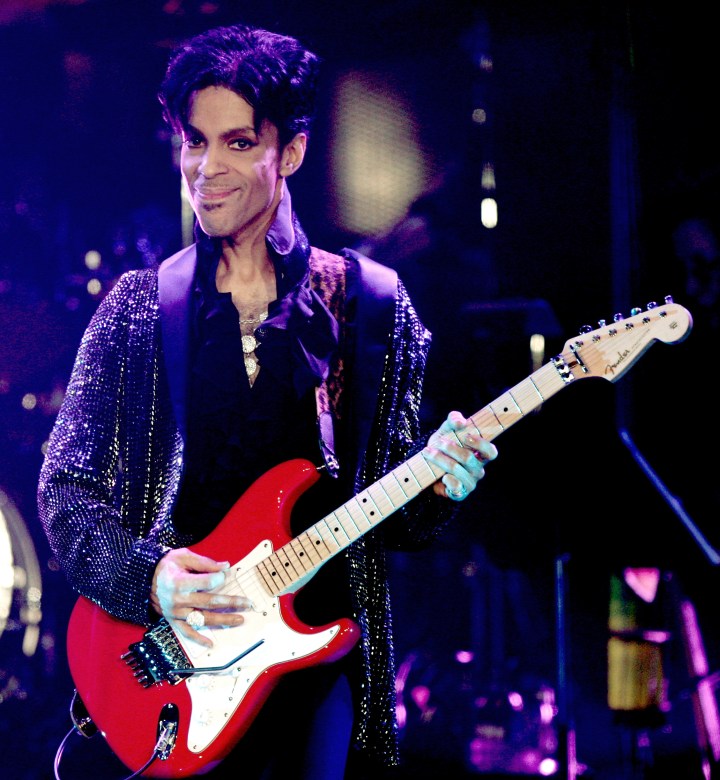 In my opinion, Prince did an excellent job maturing his style. It was still very “Prince,” and very “Rockstar,” but at no point did it look like he was trying to hold onto the younger variations of himself. The sharp suits and short cut were a very smooth look. 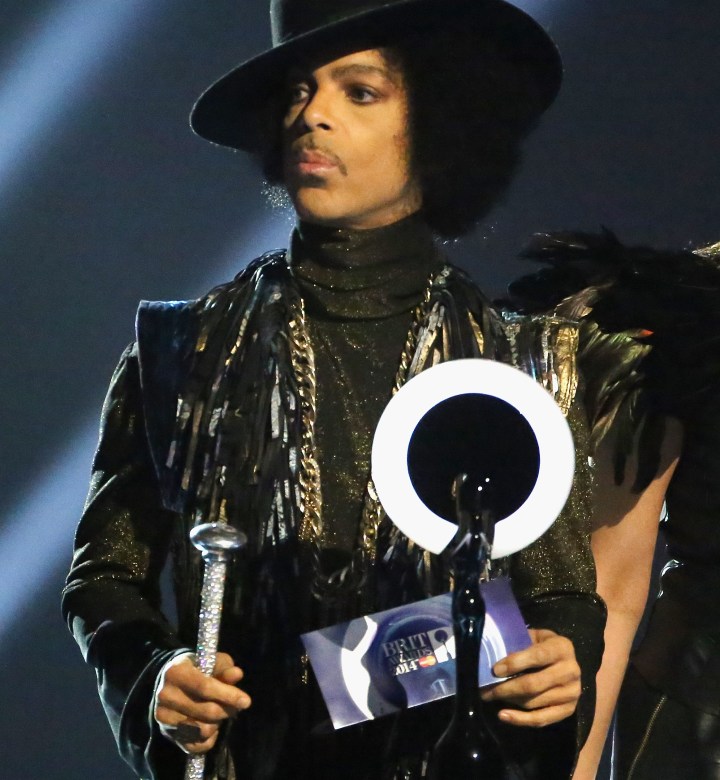 In what may or may not be ironic, Prince ended his life fashion-wise the same he started—with a 1970s afro and bohemian style, which was similar to how we looked when he released his debut album For You in 1978.

Fashion is art, and when done correctly, it can withstand the test of time the same way other forms of art can. It’s now been six years since his untimely passing, and here we are still talking about some of the outfits he wore thirty years ago. That, ladies and gents, is the definition of art. May The Purple One continue to rest in peace.