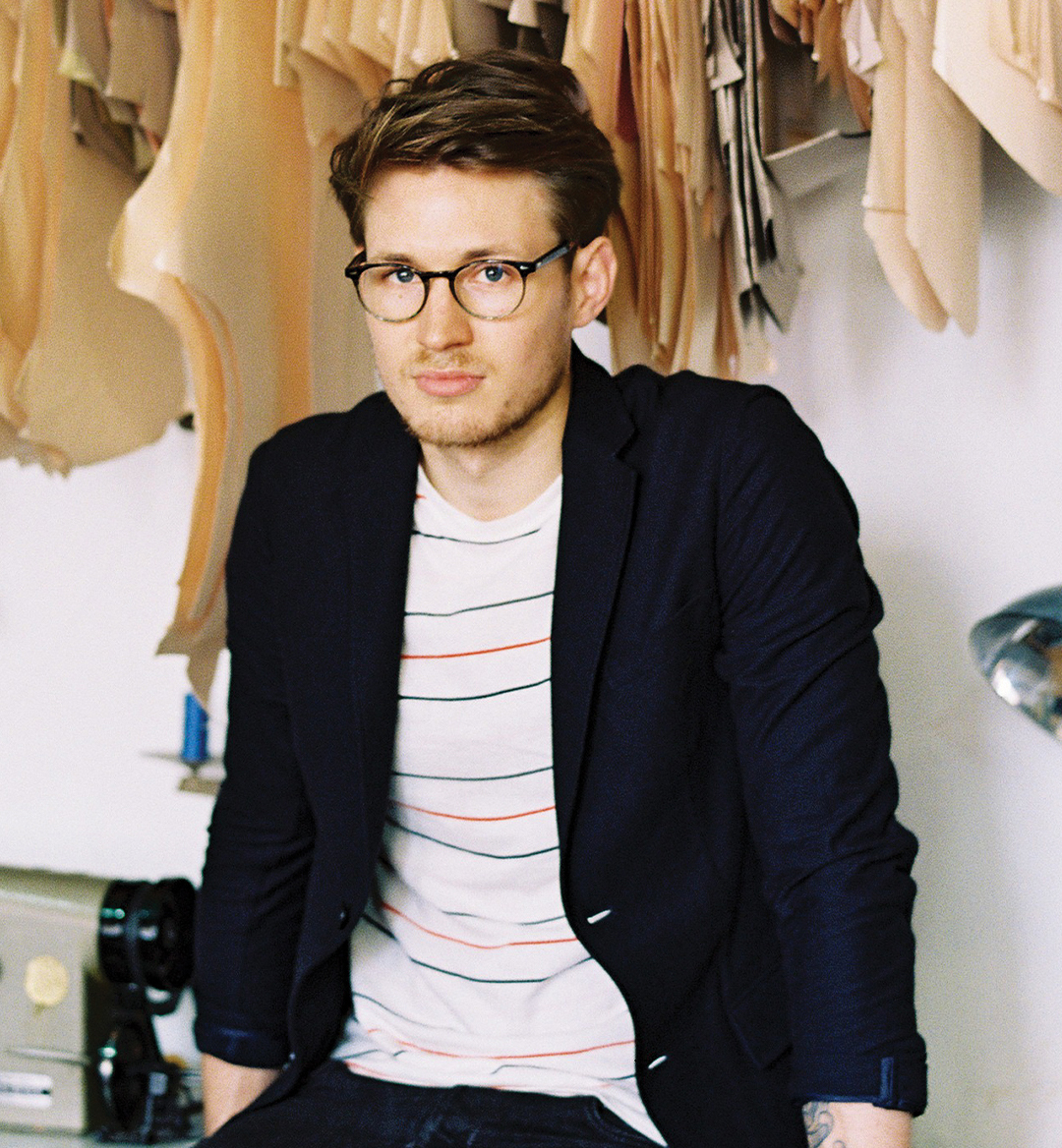 “Why can't you be a fun, wacky normal person and dress well?” Christopher Gove posits to me as we conclude an enthralling conversation about his brand Percival. That’s the ethos imbued within the brand since its genesis over five years ago. Disillusioned by the seriousness of so much of contemporary men’s fashion, Chris wanted to concoct something both whimsical and elevated, a rejection of the idea that dressing well needs to be serious business. The story of Percival is circuitous; from devastating lows—punctuated by drug scandal—to exhilarating highs, Chris and I had a lot to cover. This is the story of Percival.

The Genesis of Percival

“I'm from a place called Winchester, which used to be the capital of England back in medieval times,” Chris tells me of his origins. He eventually went to University in Hong Kong, and the city’s position as a hub of manufacturing coupled with the pervasive student culture there fostered a creative spirit. “The attitude of the students there was like, if you wanna do something, just make it. Just go get it made. Want to do an exhibition? Put it on. So I came back with this mentality that, wanna do something? Just do it.”

Post graduation, Chris spent about a decade working in marketing before becoming pretty discouraged by the culture: “I remember doing pharmaceutical stuff and being like, oh god, I'm pretty sure this isn't what the deal was. So I took some time off and went home, and my mom showed me a picture of me when I was four and I was wearing a yellow rain fishing mac. I was like, ‘I want that jacket. I'm gonna make it.’ My mate was doing menswear technical development and I just asked her to do me a pattern—the garment shape and pattern. And I found the company that supplies wax cotton for Barbour jackets, contacted them and said, 'Can you make some yellow waxed cotton?'” There was a minimum size for the order, so he ended up having to make twenty five coats. 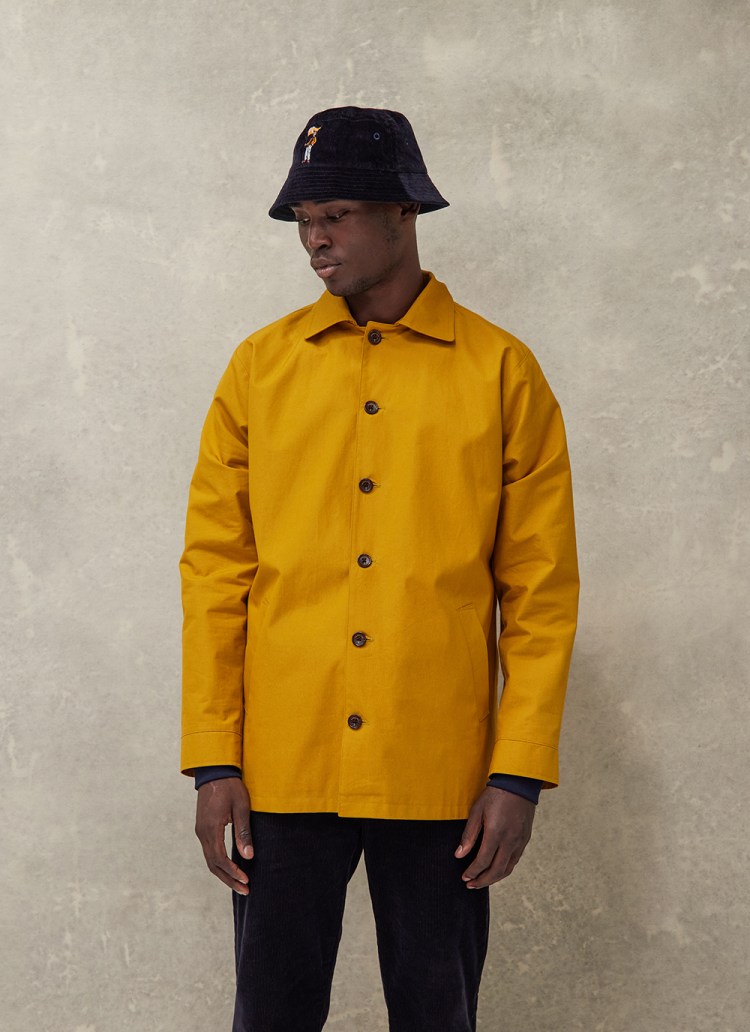 A mac Percival released last year as an homage to the original concept Chris worked on in the early days. / Percival

“I just sold them to my mates and one of those mates happened to be a buyer at Asos. And he was like, ‘Listen I'd buy this, but you've got to do more than just a coat.’ And it just snowballed into doing a range.” This was back in 2015, and Chris continued to work his marketing job while getting Percival off the ground on the side.

Back in this era, “online wasn’t quite popping yet,” Chris tells me. So when he wanted to go in bigger, he opted to open a storefront in Soho. He signed a ten year lease ("because I'm a dumb dumb”) and started selling Percival’s garments to the scenesters littered about the iconic shopping locale of London. Overall, they were moving a decent amount of product and the store was acting as a bit of a billboard for the brand. But a few incidents unfortunately led to the store’s closure and temporary dissolving of Percival. 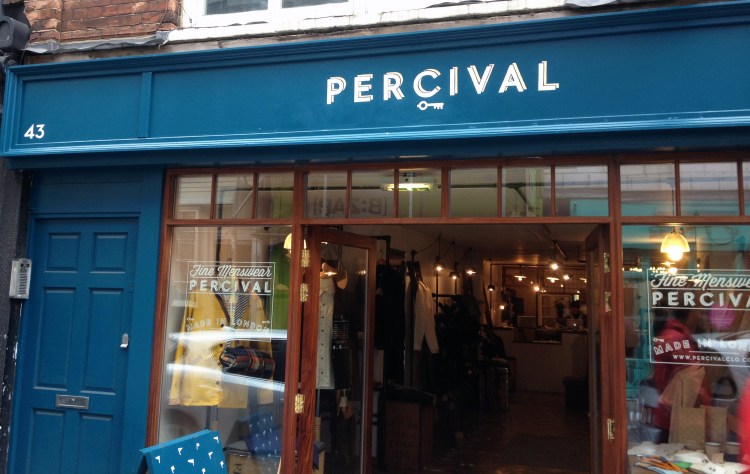 Mainly, one of Chris’ original business partners—who will remain nameless—was using the Percival storefront as a venue for some… nefarious activity. As Chris is telling me the story of how the business partner utilized the store as a venue for a range of undesirable activities, he repeats: “It wasn't good, it wasn't cool.” An understatement. His other partner and third founder (the "posh" one) apparently wasn’t always paying the rent—another fire to put out lit by running a physical storefront.

Chris would find rolled up bills in the basement, implying their use for something other than commerce. The tipping point came when a customer came back to the store with a complaint. The customer also happened to be a fairly famous rockstar.

He came into the store, and approached Chris: “‘Hey, I've got a complaint. I bought this shirt…’  And I was like, ‘Ah he's gonna want an exchange. And I was happy to—thinking I'll give him whatever he wants because it's a celeb wearing the gear.” Unfortunately that wasn’t the case.

“I’m meant to be in Germany now playing a gig in Munich, but I couldn't get on the plane," the musician told Chris, explaining: “because when I was going through security, I was checking my pockets and I found a bag of coke in the top pocket of the shirt.”

To recap, the business partner was taking merchandise from the store, wearing it own on the town, leaving narcotics in the pockets, and then returning product to the racks.

"I was thinking a different kind of rockstar would view that situation differently,” Chris jokes to me, but adds that “it was fucking serious.” On the same day, someone came into the store and nicked two coats. Again, Chris iterates: “It wasn’t good.”

“So I liquidated the business. I shut it all down,” Chris tells me. After navigating the legality of getting the name back, Chris got started again, this time utilizing a web store during the nascent days of Shopify.

“And I managed to sell all the samples within a bout a week,” Chris eagerly recounts. “I was like, hold on a minute, selling things online is a thing.” Chris was running the brand alone at the time: "I sort of learned, actually for the first time, how to run a business.” With the concept proven, Chris went full time in mid 2016, fully committing to Percival. He ran the web store for about 18 months before bringing on a major investor, which helped catapult Percival to a little something like what you see today. 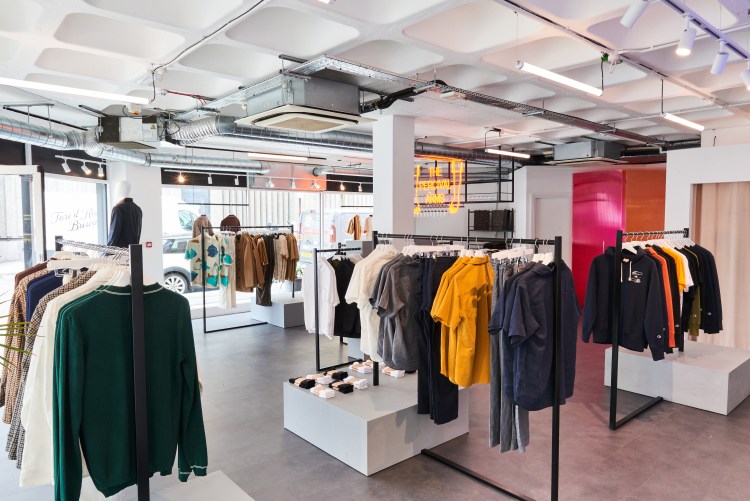 “The ethos is: subverting the classics,” Chris tells me; it rolls off the tongue as if he’s uttered it dozens of times, as I’m sure he has. “We were taking contemporary British Silhouettes, and my version of subverting them was to use interesting fabrications, adding a lining, or a pocket, etc.”

But he goes on to speak about how that ethos was more unique in 2018, and now everyone is “subverting the classics” to some extent. So the brand goes a bit farther than that.

“So the ethos of the brand now is to subvert the idea of what menswear should be. Menswear is very serious, I certainly found in those early shop days. It was the beard, slicked back hair phase. It was really preening and serious, very Redwing. They'd just come in and hmm and hmm and hmm at the clothes so much. I'd be like, ‘fucking relax man!’”

The idea is just to have fun. Dress how you want to dress. Dress comfortably and relax.

“What I've tried to do is remove the seriousness, but keep the premium. I just found it was a cocktail. The pillars of the brand are: always gotta be premium, but can you do it in a funny or comedic way or a way that you look at it as if it's a friend recommending it. Or a way that it's inclusive.” He mentions how a lot of hot brands in 2022 are shrouded in a seriousness: “it’s just so fucking serious.”

“It's part of our DNA, I've got a few friends that are comedians and comedic actors, and it's always something... it's just a vehicle to communicate to people that doesn't scare them,” he explains.

So that was just what subverting the classics was. It's like, you can dress well, but relax mate.

In the past few years, Percival has conducted collaborations with Champion, Campari, Mundial and more. As far as the future goes, they’re working hard on building their audience in the US, in addition to continuing to develop their current lines. They’re working on a series of football kits right now to celebrate the World Cup, with partners like The Great Frog (“a concoction of Percival’s dweebishness with their punk rock vibe”), Throwing Fits, Goal Studio and more already out or on the horizon. 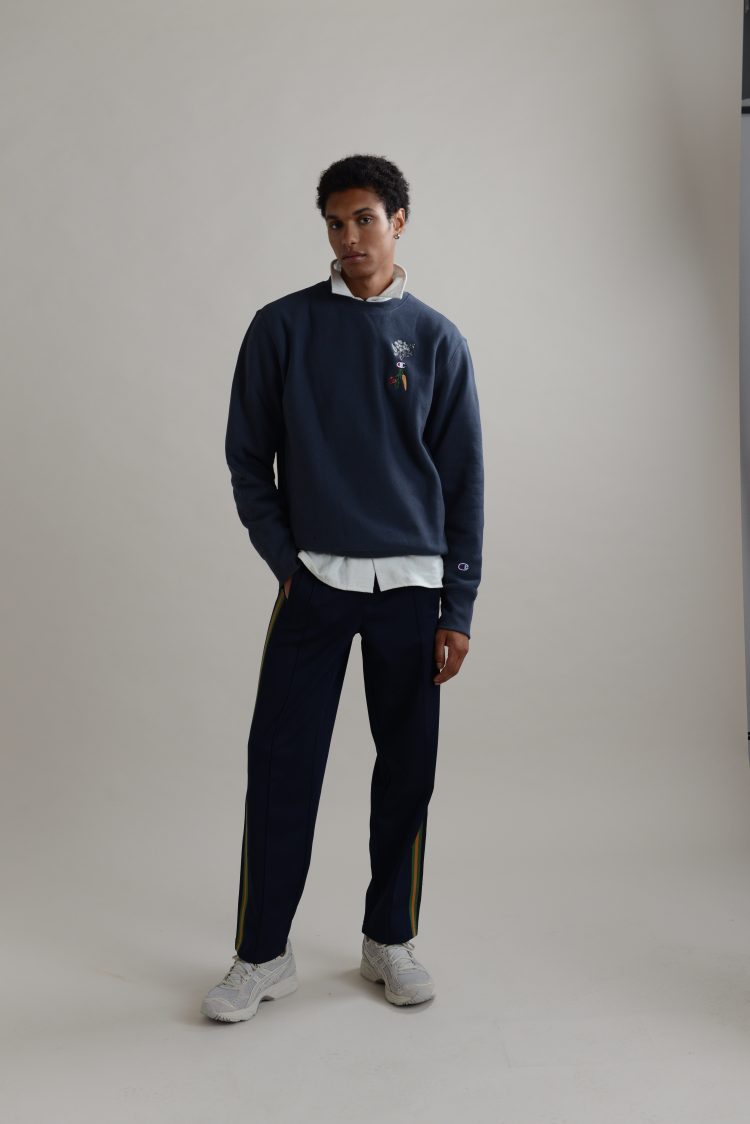 They also just launched their first wholesale collection, and are aiming to keep the product only in stores they really align with for the near future. Right now, their wholesale partners are Liberty London and Brown Thomas, with more to come.

I always love to ask people what their favorite thing about their job is, and Chris has a lovely answer:

“Ideation through to a real life product is such an amazing journey. If you're part of a big brand, whether in marketing or fashion or whatever, you'd always be one part of the journey. It's really satisfying when you have an idea and it comes out the way you wanted it to at the other end. When we put it on the model, I'm like, 'Yes, that's what I wanted it to look like!'” Chris elaborates.

Of course, it’s also nice to see people connecting with the brand: “Then you're walking around and you see people wearing it, like on the tube and that, or you're out at a pub, and you see a couple of lads, and they've got it on. And you're like, ‘Ah, yes.’”

If you glanced at Percival's site today, you wouldn't know the whole story. Chris' tale is a nice reminder that it might not go right the first time. You have to crack a few eggs to make an omelette, right?