Pythia Designer Jack Lyons Dives Into His Commitment to Community 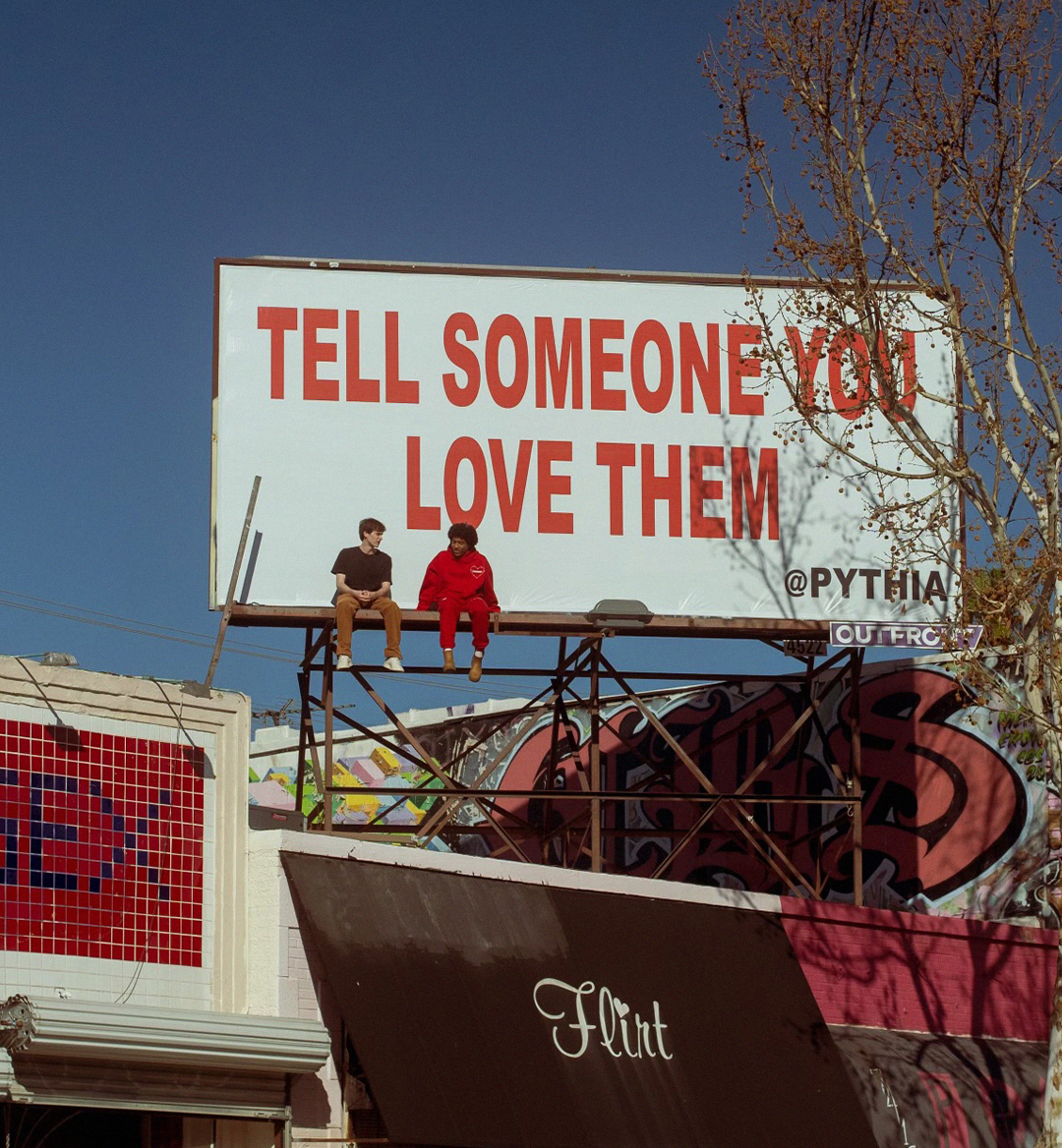 When a designer emerges who prioritizes their community, they get noticed. I caught up with Jack Lyons, the man behind Pythia, to hear about his design ethos and the myriad of ways in which he builds community around his burgeoning brand. From the Pythia Honor Roll to the billboards he’s been putting up in the cities he resides in, Lyons has managed to make Pythia about much more than just the clothes—although the clothes are pretty fire too.

Lyons began Pythia out of his bedroom in college at the University of Arizona as the culmination of a myriad of swirling influences. He was a religious Shark Tank viewer, working towards a degree in computer science, constantly ideating concepts for apps and other social media services. The son of an Irish immigrant who went into the construction business and a social worker mother helped to foster a two-fold commitment to creating a business and emphasizing kindness in his practice.

Instead of buying Off White or Supreme, I realized I could buy a sewing machine and do it myself.

In the early days back in 2018, he purchased a sewing machine and embarked on creating zipper customs for Converse—his first project as a designer. From there, he bought an embroidery machine. “I basically turned my 10x10 college bedroom into a workshop,” Jack chuckles to me, noting that he barely had room to walk around the tiny dorm. “I was just trying to make as much shit as I could,” he tells me, referring to the period where he began with a set of pairs of customized Converse and started tinkering with some of other cut and sewn type pieces. Then he ordered some blank tees, got logos screen-printed on them, and had his first shoot, featuring the shoes, hoodie prototypes he was beginning and some custom pants he had concocted.

He describes this period of experimentation to me as a "test to see if I could sell. Can I push product?" That's the role the first zipper customs took in his early trajectory.

The name itself has a story too. Jack was enrolled in an Ancient Greek history class around the time he was concocting the concept. “Pythia was the middle woman between the god Apollo and the people,” Jack tells me, adding that, “to ask Apollo something, you had to ask Pythia.” This idea of being the pseudo-unseen middle person is what inspired the name. Jack didn’t want to be highlighted as the face; he just wanted to be the figure speaking through Pythia—the clothing brand. With the name locked in, he went to a print shop and started a run of tee shirts. The process of getting the tees was plagued by obstacles, but once he had them in hand, he scheduled a photoshoot. Around this time, he came up with the idea of doing a series of 1 of 1 hoodies with 72 blanks he had.

In this first run of 72 hoodies, he referred to each model as a "Prototype" and assigned them each a number, partially as an homage to his work as a computer science major. Bulk manufacturing is inherently expensive, so Jack opted to create a collection of 1 of 1 pieces that could, hypothetically, eventually be manufactured in bulk.

The Pythia Ethos and the Billboards

Fast forward to today, and Pythia just recently passed a landmark of 20,000 orders placed—in addition to having placements in 150 Zumiez stores worldwide. He was primarily sewing 1 of 1 pieces during the first two years of the brand, and has transitioned heavily into larger scale manufacturing, bringing his early prototypes into production.

During that same time, he also contacted Singer, acutely aware of the fact that a lot of young people needed more encouragement to get into sewing. By informing them of a potential market they were missing out on, he landed a partnership with the brand through which he would do a video a month of him utilizing his machine. He pioneered a program with Singer encouraging more young people to get into sewing, asking contestants to submit a video of a piece they made and the reasoning behind it, with the five top people receiving new equipment from the legendary sewing/embroidery machine company.

He remains partnered with a sewing company to this day, now in a partnership deal with Bernina.

As far as process goes, Jack creates a garment personally as cohesively as he can, before sending the mock to a manufacturer who can produce them at a larger scale. One of my favorite signature styles of his is the peripheral cuts in Pythia’s iconic hoodies. “I definitely take a lot of inspiration in my environment,” he tells me, going on to explain: “I came up with that idea while driving with a hood on.” The peripheral cuts allow you to see out of your peripheral vision, even with the hood on.

This commitment to innovation has been one of the driving factors of the Pythia ethos, but a concept of community building and positivity has also emerged in the past few years.

Jack came to a realization that telling someone you like their outfit creates a symbiosis of feeling good. Not only does it make the recipient feel good, but the complimenter themself as well. “It ended up being a hack to have a good day myself,” Jack smiled. This led to him coming up with the motto: “If you can make someone’s day, you should." Any time you go to the Pythia page, you read the message. “Hopefully it starts a chain reaction,” Jack tells me.

If you can make someone's day, you should.

Because of the wonderful response he had felt personally from the compliment practice, Jack decided to put the motto up on a billboard near his parent’s house in San Fransisco. The billboard had just the tagline, and barely any other information. It wasn’t a major mover for the brand from a marketing perspective; rather, it was a move out of the goodness of Jack’s heart to inspire people to be kind to each other. He since put up another billboard, which reads: “Tell someone you love them.” Similarly, this one didn’t act as an ad for Pythia as much as just an encouragement to get people to treat each other kindly.

In a similar vein, Jack has launched a community building effort called The Pythia Honor Roll as part of his commitment to giving kids something to look forward to in school. “The youth is everything,” he tells me, going on to explain why his burgeoning relationships with young people are contributing to the brand's overall ethos of including everyone.

During his senior year of school, it was difficult to remain committed to getting good grades and caring about his classes. But if he had some sort of guiding light to aim for, it would become easier. That’s how he came up with the idea for the Pythia Honor Roll. He started with an internship program, helping younger folks build out their resumes and get some experience in fashion.

After the internship, he launched the honor roll. At the end of every semester, students who managed to hit a certain GPA benchmark (at first 3.6, now 3.3) receive the Pythia Honor Roll tee shirt. At first, he added 30 students to the honor roll every semester, but now that number has hit 160 per term. Over 400 students have participated to date, from all levels of education. Each one receives a free tee shirt, without even paying for shipping.

And more than just the tee shirt, participants in the program get entered into group chats and other communities allowing them to network with like minded students. “I’m basically building an alumni network,” Jack tells me, teeming with pride over the community he has built of students across the globe. 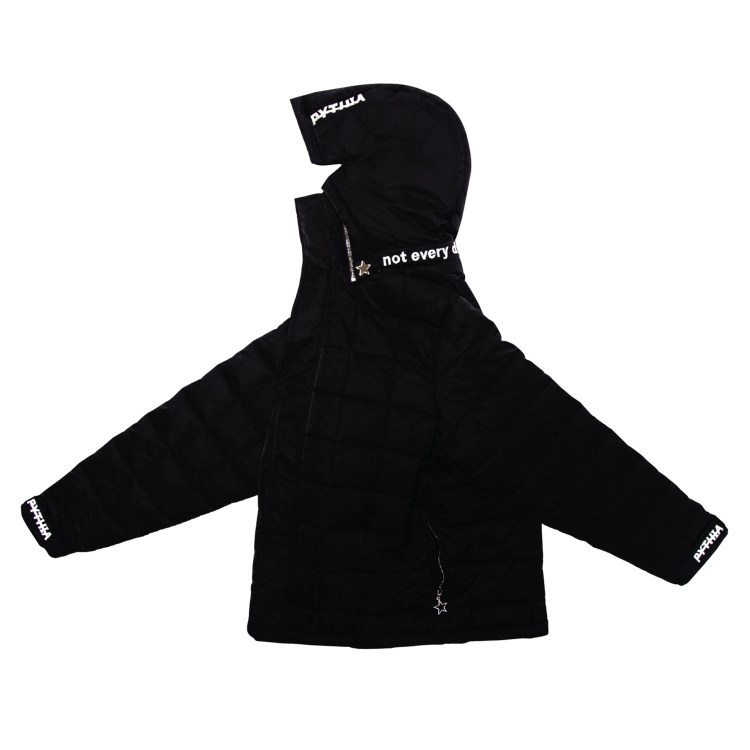 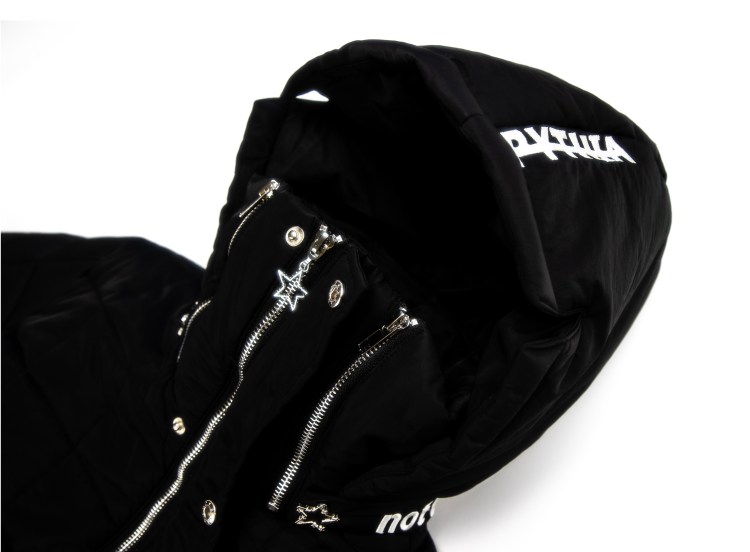 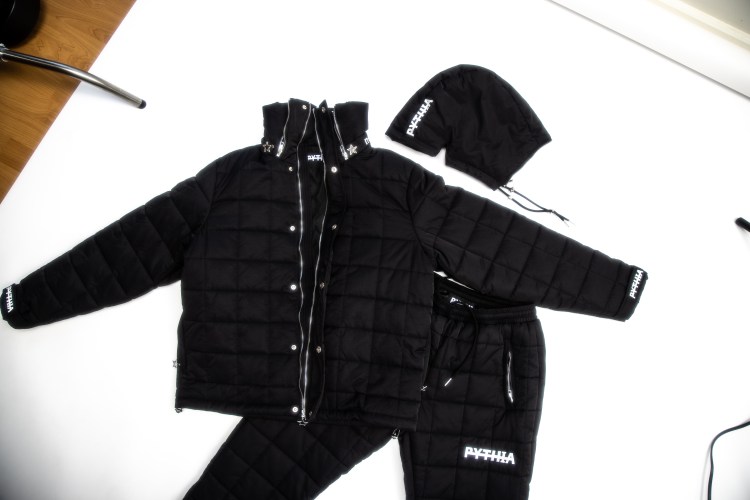 Pythia’s clothing is certainly interesting (and continues to evolve), but what sets Jack and his brand apart is the processes through which he has grown the brand and community outside of the context of just his garments. He is deeply committed to allowing people of all income levels the opportunity to wear Pythia by offering even free shirts occasionally, and his dedication to kindness as the brand’s through-line is paramount.

"I want to be in every closet," Jack tells me. With everything he's done in mind, the goal is in his grasp.