We're taking a look back on Jam Master Jay's birthday 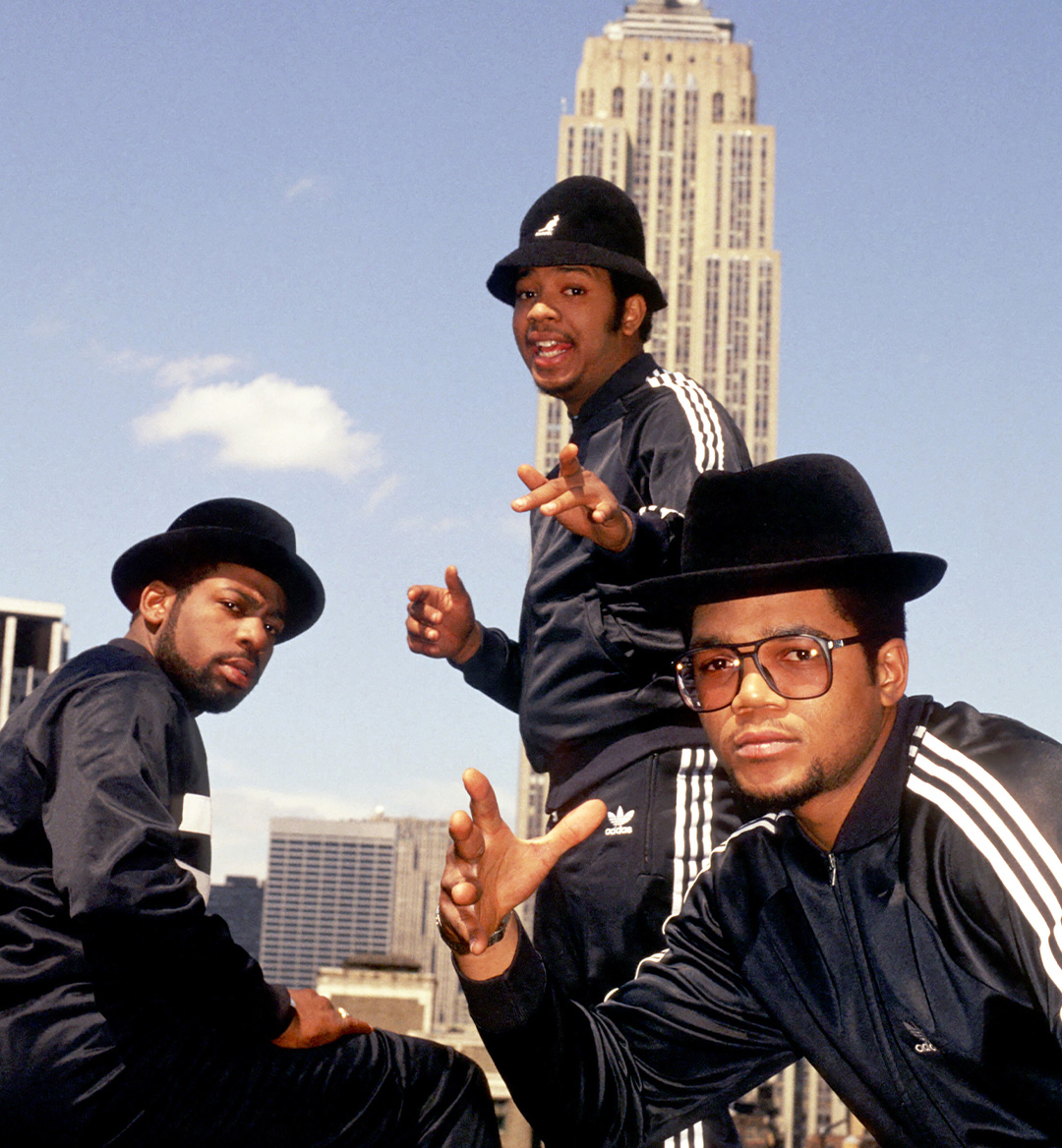 For those who may not know, 2023 marks the official 50th anniversary of hip hop being established. That means throughout the year we’ll be taking a look at many of hip hop’s historical figures and legends. With today being the late great Jam Master Jay’s birthday, we’re kicking off the celebration with a group that very well has a case for being the most influential hip hop/rap group of all time—Run-DMC. They also boast one of the earliest instances of the now cemented relationship between sneaker culture and hip hop with their Run-DMC adidas partnership which can be traced back for decades.

RELATED: To The Window To The Wall: Revisiting 2000s Hip Hop Style 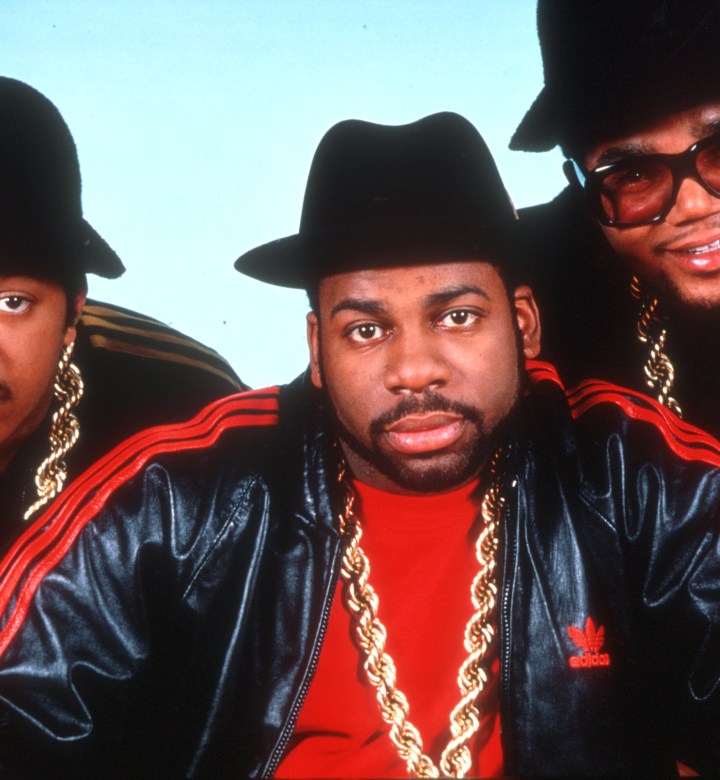 They were the very first music group (not just hip hop) to ever have a partnership with a major athletic brand. Now in the year 2023, brand deals with rap artists are few and far between such as Drake and Travis Scott being partnered with Nike, and Jay-Z having a relationship with PUMA. And more recently, we’ve seen Cardi B partner with Reebok for a set of collections, and Megan Thee Stallion sign with Nike as a brand ambassador.

While this might be a bold statement to make, that wouldn’t be possible without Run-DMC having paved the way and broken down those barriers first. Today, we’ll be taking a deeper look into the legendary group’s partnership with adidas.

The Release of “My Adidas”

The beginning of Run-DMC’s partnership with adidas dates back to the release of their 1986 single “My Adidas.” Some people might call it manifestation, and some might refer to it as “willing something you want into existence,” whatever the case may be, Run-DMC thought adidas sneakers were dope, specifically the adidas Superstar which made their original debut in the 1970s. The group was a huge fan of the Superstars and were rocking them without laces before fame was even a concept. That said, there’s an element of music where artists very much talk about things they love. And Run-DMC loved adidas so much that they made a song called “My Adidas.”

So as you can see, “My Adidas” wasn’t just a song bragging about how good you looked in your sneakers. You have to remember, this was still the very early days of hip hop, and as a result, there was a lot of discrimination taking place in the Black and Brown communities because men and women wearing streetwear clothes was an automatic association of being “up to no good” by some. 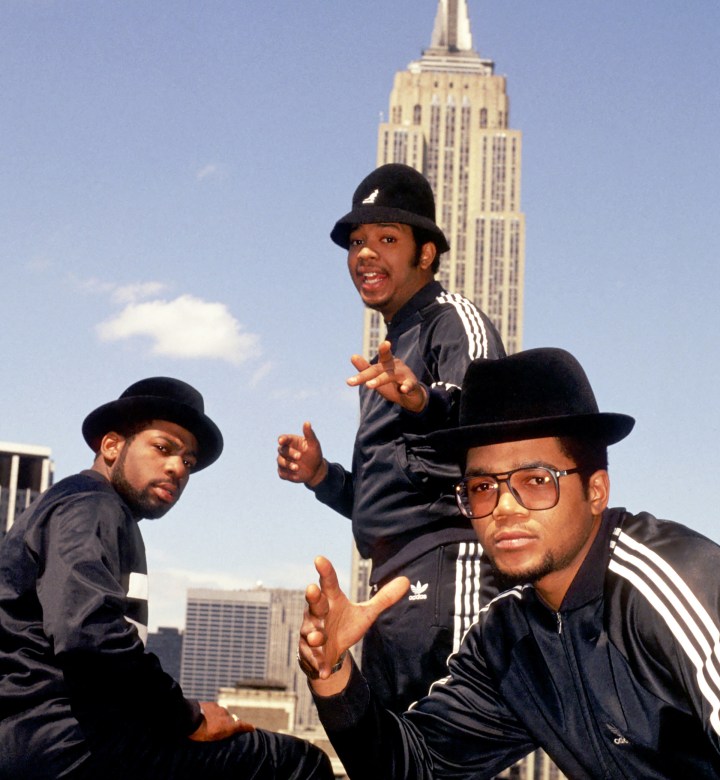 Sometimes the discrimination would be so off base and that if a young person of color was wearing a streetwear piece or shoe, it would be assumed that they stole or robbed to get it. “My Adidas” was the catalyst in helping change that often false narrative, reaching No. 5 on the Hot Black Singles Chart, and No 10. on the Hot Dance Music/Maxi-Singles sales chart. While the song experienced significant chart success, its impact was far more than that. Simply put, “My Adidas” was the 1986 version of a song going viral.

When Did Run-DMC and adidas First Link? 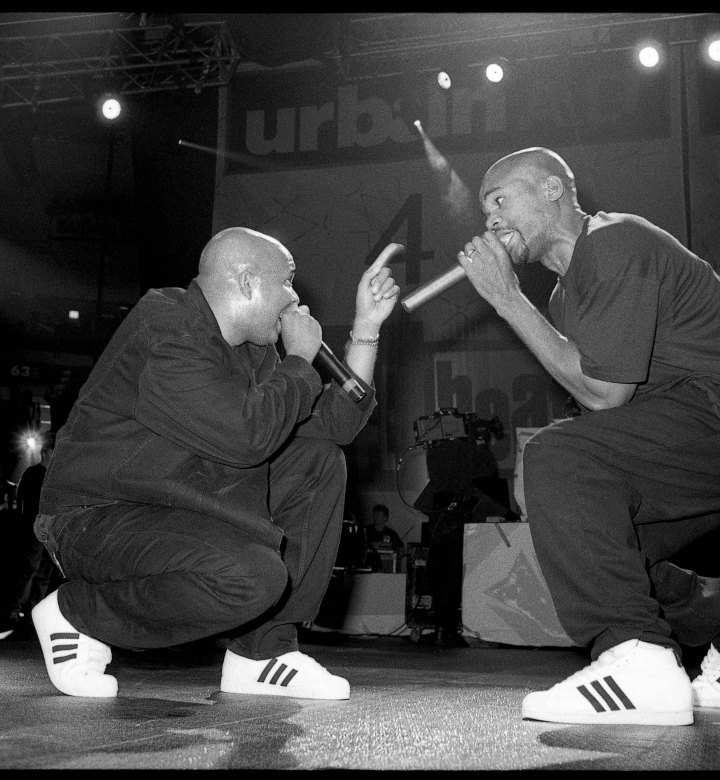 Well, you’d have to imagine that a hit song causing a lot of conversation called “My Adidas” would eventually capture the attention of adidas executives. And that’s exactly what the track did. Not only that, but the success of “My Adidas” was in turn resulting in more sales for the company, with many wanting to mimic the group’s way of pairing the adidas Superstar with its respective track suits.

As the story goes, Run-DMC’s co-manager Lyor Cohen invited adidas executive Angelo Anastasio to their 1986 concert at Madison Square Garden. Knowing that Anastasio was going to be present, the group instructed everybody in the audience to hold up their adidas apparel, and apparently there was a lot of adidas in that building. The concert was followed by Run-DMC making a video addressing the brand while also telling them to “give us a million dollars.”

Guess you can say it worked. Run-DMC partnered with adidas, making them the first music group to ever partner with a major athletic brand, and they are now rightfully credited with being the ones to influence future deals between musicians and brands.

For vintage sneakerheads, you can actually find some of the original 1980s models released on websites such as eBay. You can also find some of the iterations from the 2000’s as well. It’s quite cool to see the differences between the older and newer models, and as is the case with every vintage sneaker, it feels like you are holding a piece of history. Those, however, can understandably be a bit pricey, but no worries because there is a newer version of the adidas x Run-DMC that came out recently. Below is some more info. 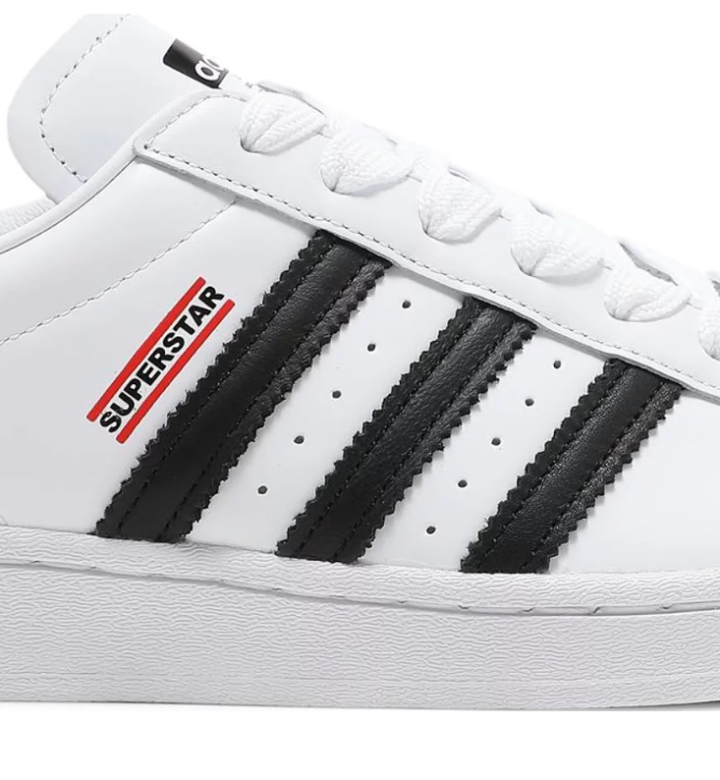 Released in April 2020, The Run-DMC x adidas Superstar ‘50th Anniversary’ was both an homage to Run-DMC to celebrate the 50th anniversary of the Superstar colorway. The shoe features a white leather upper accented with black serrated three-stripes and a contrasting red heel tab, along with the iconic Run-DMC logo along the tongue and sockliner with the Superstar lettering on the quarter panel. Certain sizes of this shoe can go as high as over $2,000, showing that Run-DMC is still very much in-demand.

If you plan on rocking adidas apparel and listening to Run-DMC today, then we consider our mission to be accomplished. Be sure to keep up with us for more style and entertainment content and updates.