Chatting with Shmeel: From Flipping Supreme to NBA Tunnel Fits 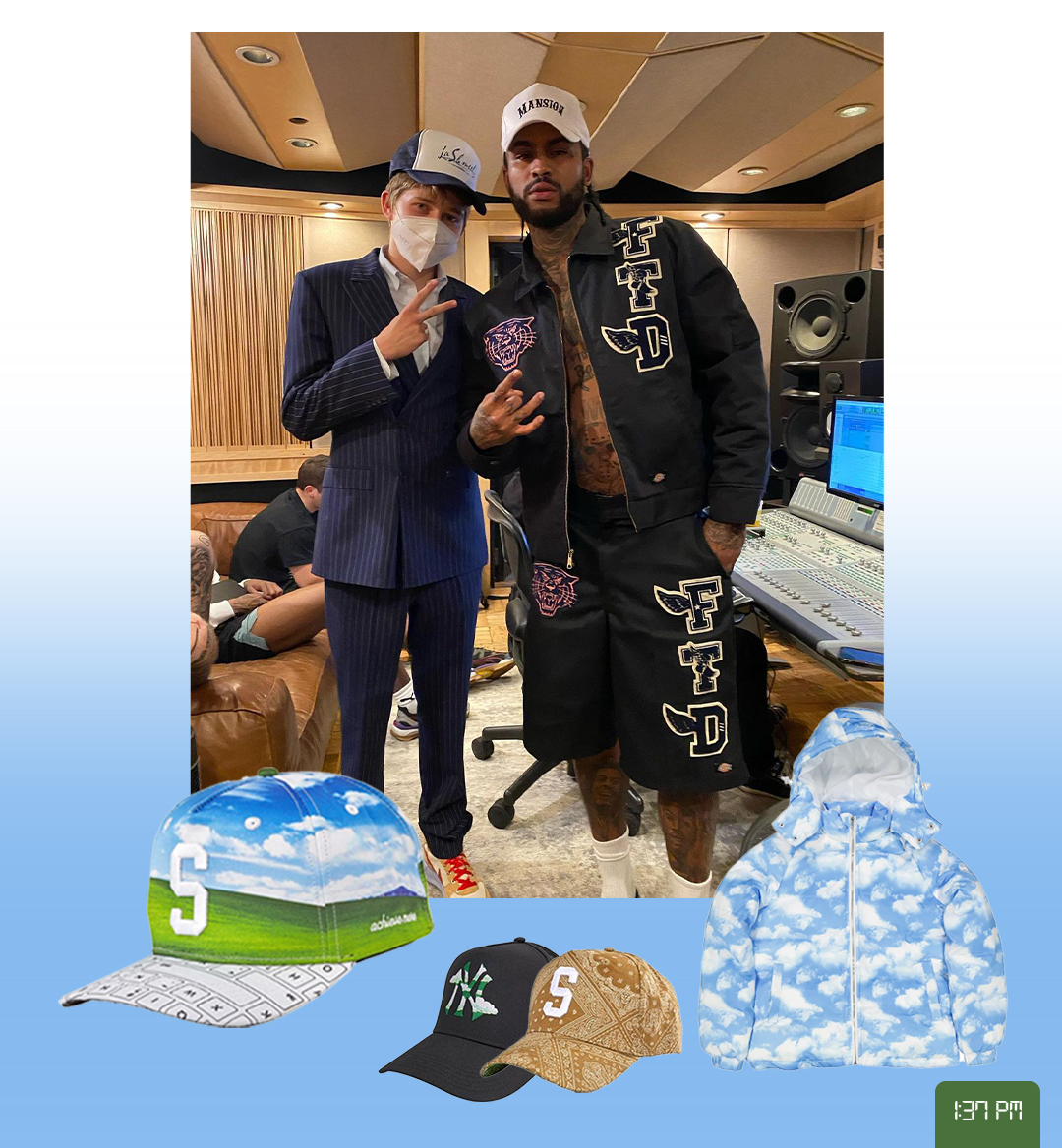 Shmeel created his own brand nearly 3 years ago, when he was just finishing up the 10th grade. Now only 18 years old, he’s the man behind a brand repped by the likes of Lil Baby, Dave East and some of your favorite NBA players. I caught up with Shmeel to hear more about the genesis of the brand, his current hiatus and what’s to come.

When Shmeel was in high school, he spent a lot of his time flipping streetwear pieces—specifically Supreme. “I don’t think I was really a hypebeast, because I was mostly just selling it,” he tells me. He viewed these brands from a business perspective, interested in how their scarcity structure built up such a culture around the brands. “I was fascinated by the hype model that they brought to the top,” he remarks, referring to Supreme and other exclusive-release brands of the era. He utilized raffles and other mechanics through his resell game, foreshadowing a lot of how he would eventually envision the system for his own brand, Shmeel.

"Shmeel" is a nickname for his given Hebrew name, Shmuel. “I really enjoy selling fashion on IG, so that transitioned easily into making my own brand,” he notes to me on the period where he began transitioning from reselling to creating his own pieces. Less than a year into having his own brand, he completely stopped reselling.

“The first thing I ever made was the smile hoodie,” he tells me, going on to add: “I wanted that to represent my brand, the smiley face, even if it wasn’t the most original. Sometimes it's important to do, and then think. That’s why I just jumped into the water and made that leap of faith, even if I wasn’t so set on a logo or a theme yet.” In our conversation, he’s sentimental about that time, but reflects with a chuckle: “It didn’t sell well.”

From there, he created the balloon T shirt, featuring the smiley holding onto a bouquet of balloons. “That was the first time I saw myself picking up hype,” he tells me. He was steadily drawing a fanbase through friends’ word of mouth and his days past of flipping Supreme.

“The first time I saw real hype and new people out of nowhere was when I did those truckers in the summer of 2020, the third hat I did,” Shmeel goes on. At the time, his site wasn’t working, so he had to take orders through DMs. He was starting to get random DMs from folks around NYC, as opposed to the mutual friends and people in his network he’d been seeing previously.

Along the way, he got a few massive co-signs that elevated the brand’s cultural cachet. From rappers to NBA players, Shmeel began to crop up in a lot of big names' wardrobes over the years.

My inspiration comes from anywhere and everywhere.

I ask Shmeel about his design process and where he draws his inspiration, to which he responds with some helpful advice for all creatives: "One good tip that I have—that I specifically learnt from Virgil Abloh—is that if you have inspiration, jump on it right away. Because it doesn’t last." He goes on, "So the second I have an idea, I’ll try to write it down and get it going." Inspiration can strike at any moment: "If I’m in the shower—where it often happens—I’ll run out and write it down while I’m still wet."

When I ask Shmeel for some of his favorite pieces, like any creative who loves their work, the answer is complicated. “Pretty much most of them are tied for my favorite ever, because I try to only make things I really really like,” he tells me. Nonetheless, there are certainly some memorable pieces that helped to catalyze the brand’s success or have continued to be a part of the run for years. The classic smiley logo hat is a fan favorite and has numerous remixes.

“I love the all cloud designs I do,” he adds as well, thinking about some more recent patterns. The City of God shorts he did also came to mind as a standout fan favorite. They were a pretty exclusive piece that was never sold online, just at a pop up he hosted in the city, making them a coveted Shmeel garment to this day.

Right now, Shmeel is in Jerusalem on a bit of a hiatus from the brand. To date, drops have been on a pretty much random cadence. “When I get back to New York and get more serious, it’ll be a big decision how I want to do the drops,” he notes. “I don’t have specific things planned, but I’m just excited in a lot of ways,” he tells me of the future. One possible venture is having a physical location for Shmeel. “I think retail is underrated,” he remarks, adding: “I think retail’s going to turn around just like anything else, and I want to be at the face of that turnaround.” He envisions the potential store as a chill spot that like minded people can get together to shop and hang out, but it would have to be the culmination of a lengthy creative process of constructing the store.

With some unbelievably massive co-signs already under his belt and a myriad of eye-catching designs either available or on the way, the future for Shmeel NYC is bright. Head to their IG to keep up.