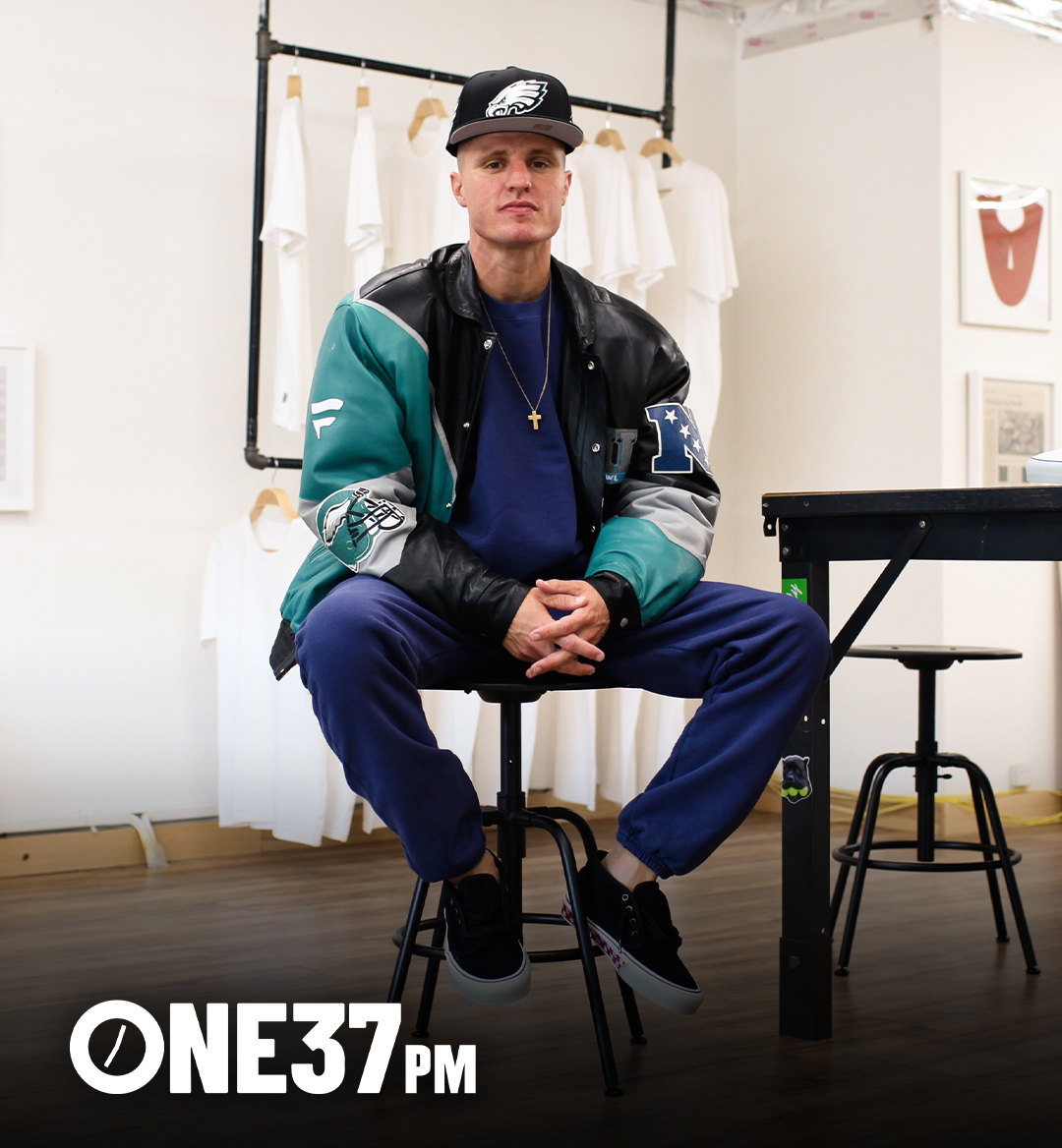 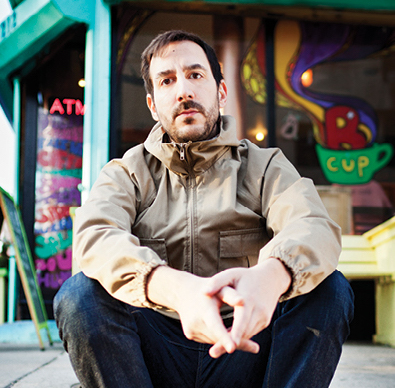 Jimmy Gorecki is the founder of JSP and a partner in Standard Issue Tees. A former sponsored skateboarder from Norristown, Pennsylvania, Gorecki rode for Sal Barbier’s influential brand Aesthetics before moving onto global brands Zoo York and Pharrell Williams’ BBC Icecream imprint. Now living in Los Angeles, California, Gorecki’s foray into fashion seems like a familiar lane in the modern context, but in reality, it was an angular path with only his earnest determination as a constant.

As we begin our conversation, there’s deference in his voice, opting to talk about his concerns for the survival of small businesses and the mental health crisis impacting us all during the pandemic rather than his brand’s achievements. He speaks with reverence about his salad days skating in Philadelphia and the people he encountered who formed his views and not only the industry figures and pro skaters he aspired to emulate but each person as an individual he gleaned something greater from.

“My biological father was never around,” says Gorecki. “I was raised by my mom. She was always working two or three jobs. It was nothing for me to wake up on a Saturday morning as a kid by myself, make breakfast, watch cartoons, then mosey on out of the house and find my friends, knowing she’d be back at night to make dinner. There was something very inspirational about that. We didn’t live in the best neighborhood—our apartment was above a funeral home—but she never made us feel like we were lacking anything."

Gorecki was an active latch-key kid, traversing the streets of Norristown playing pickup basketball games as well as organized sports before finding not only skateboarding but the undervalued Mecca of John F. Kennedy Plaza, aka Love Park, in Center City. With its marble slab stairs and ledges, and infamous fountain gap, Love Park had become an epicenter of street skating in the ‘90s, where a new approach to skating was forced into the conversation by Ricky Oyola, Matt Reason, Sergei Trudnowski, Fred Gall, and several locals, including a young African American skater then known as Lil’ Stevie (Williams). Williams and Josh Kalis would continue to draw greater attention to Love in the late-‘90s, using their sponsorship with DC Shoe Co. to bring Philly’s brand of grit and honesty to the world stage. 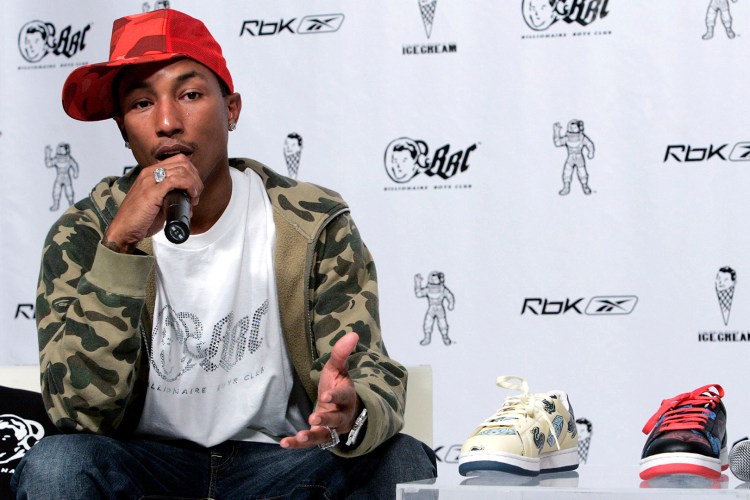 “I feel like anytime you do something that feels so far from the community that you come up in, it’s going to be under a microscope, but I was confident in making that move to Icecream,” he says. “It definitely hurt when you’d hear people pick you apart, but I'm so thankful that I did it, man, because so much of what I’ve done in fashion benefitted from being on Icecream—having a relationship with Pharrell and the reach that it had. You think about how many kids would have never picked up a skateboard if it wasn't for that brand.”

In the Spring of 2008, Gorecki found himself without a sponsor, with Zoo York not retaining him and Icecream dissolving their skate program. At 26-years-old, he decided to head to Miami for a break and found himself taking an unpaid internship at his friend’s wife’s PR company. The self-described “oldest intern ever,” Gorecki felt like he was on top of the world and now humbled, writing press releases by the stack, but he says that he was not only grateful for the opportunity but that it quickly brought all his marketing muscle back. Though he was only there for three months, it put a lot of pieces together for him—the past and future all came together.

“The beauty of skating is we're so resourceful we can pivot really easy,” he says. You have all the resources in a big company, but it’s so much harder to pivot because there's so much planning and so many people involved. As skateboarders, we set very hard parameters and guidelines that we're supposed to abide by for not for the sake of not selling out skating, right? But, you know, if you really break down, you know, if every skater lives by those fucking guidelines, it's really hard to progress in life. You make it what? 25? 26? Then what?”

Then what was a bevy of retail jobs and brand work in footwear and marketing before starting his own brand JSP in 2013, producing high-end sweatpants, earning him the moniker Jimmy Sweatpants and later co-founding Standard Issue Tees. Folding all he’s learned in skating and fashion together, he’s worked with several celebrities and global brands to create products. Still, it’s the limited run capsules, such as his recent work with Gino Iannucci’s POETS Brand and a Vault by Vans “A LOVE’ Story” collaboration that keep him not only keep him grounded in skate but in his unique point of view. 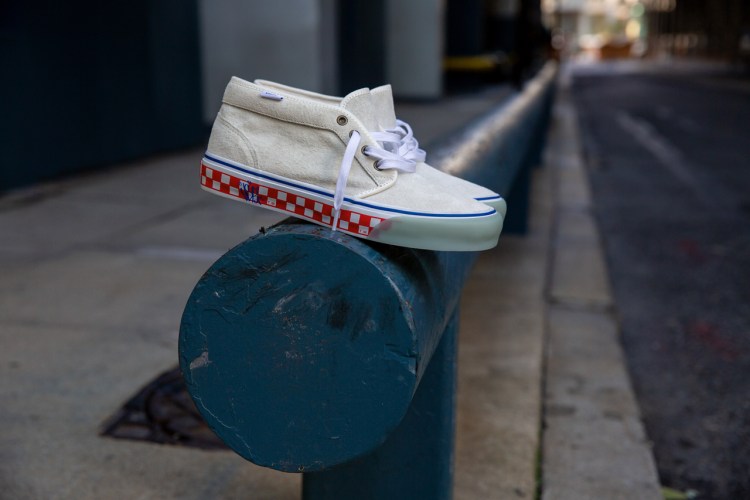 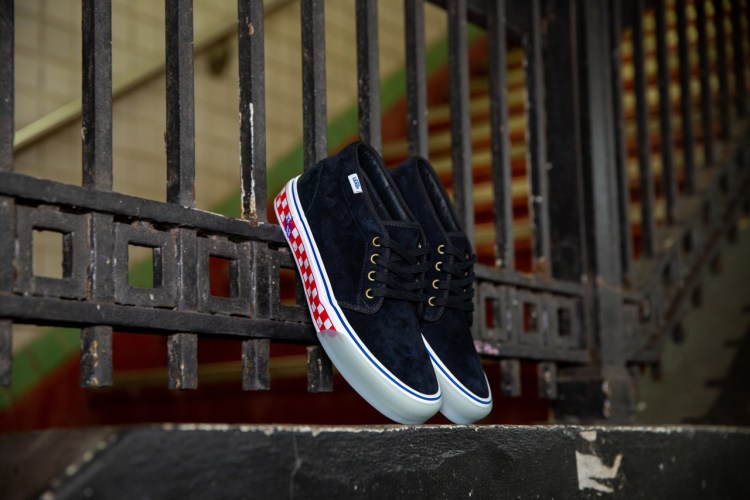 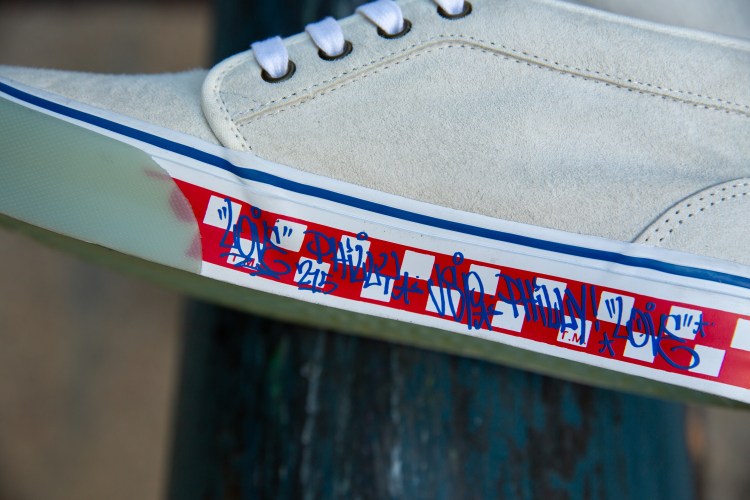 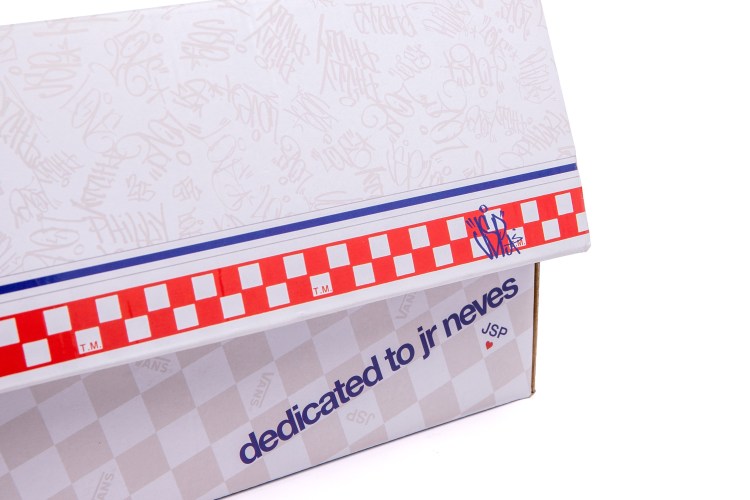 “Nothing feels more authentic in skateboarding to me than Vans. I picked the chukka boot because it always reminded me of the Vans ads in the back of Thrasher Magazine,” he says. “When we were going through the design process, I was thinking about how sacred a place Love Park was and how the city had this influential hub that they didn’t have to do shit to maintain. They never understood how special it was. It brought together so many talented people from different walks of life with skating as the conduit.

Love was a place, kids from tough Philly neighborhoods could escape those realities. Hard communities like Kensington or Southwest. When the city pushed us out, it pushed a lot of the kids from the city back to those blocks to face and overcome what was happening right outside their front door. A lot to overcome in those sections. That's why I asked Joe Lee to help us with the outsole graphics. He’s an amazing artist who had to work hard on so many levels to navigate Philly streets.

Some people never know how influential they really are to others.

Perhaps his path might not have been so hard had the city embraced the Love Scene.  I hope the collaboration can open up new opportunities for him and bring visibility to the current generation skateboarders holding Philly down. I got to put my friend J.R. Nieves' name on the box. He passed away back in 2009. I don't have too many regrets in life, but that was one where I regretted letting that relationship drift apart. He was an amazing skateboarder and person and taught me so much. I don’t know if he ever realized how special he was. Some people never know how influential they really are to others."

In One Hour, This Collaboration Could Light Up the NFT Community