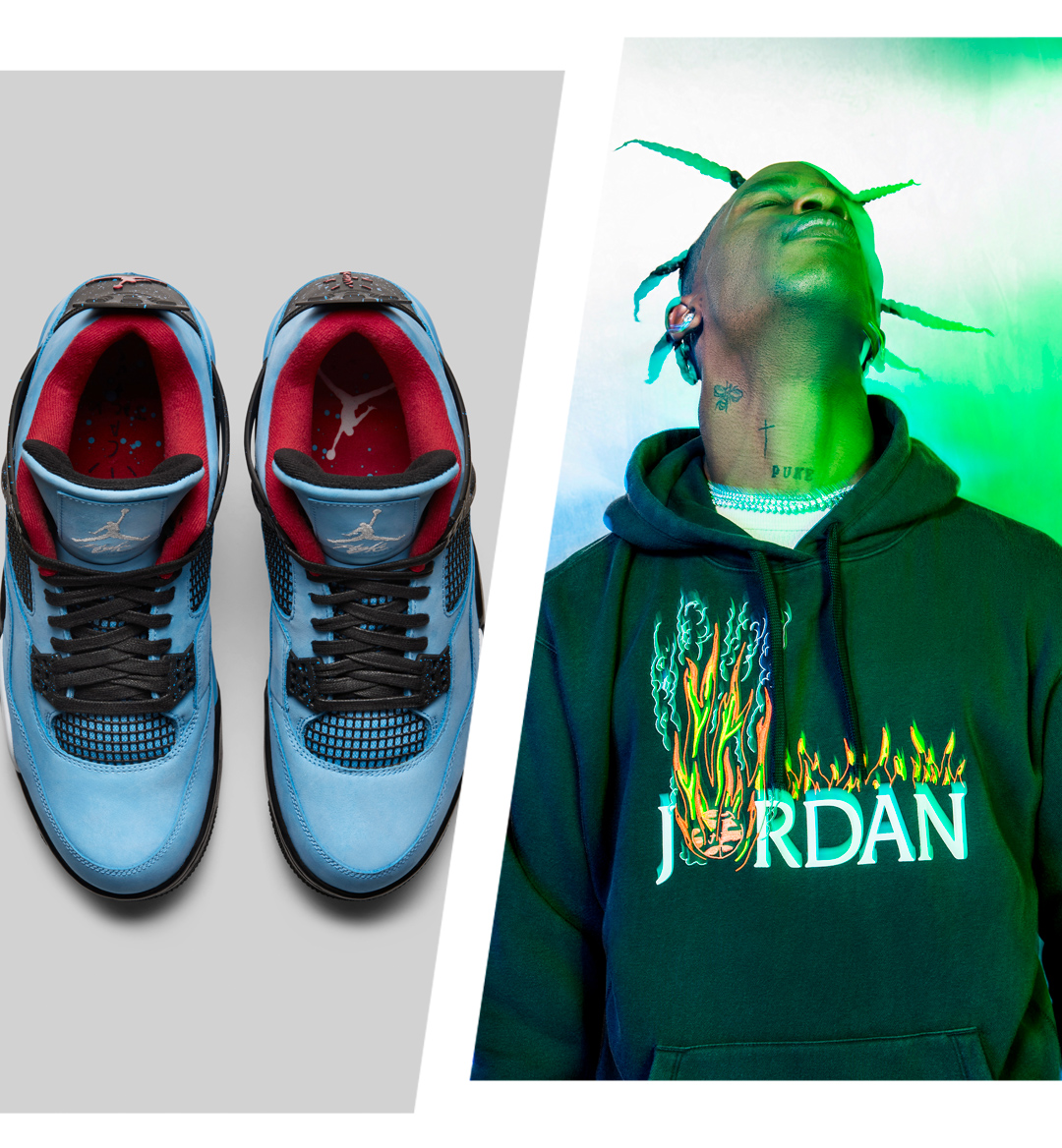 Travis Scott has quickly risen through the ranks of high-profile sneaker collaborators. His partnership with Nike and Jordan Brand is largely considered the most exciting and influential in sneaker culture right now. And yes, that includes Kanye West, Pharrell Williams and even Virgil Abloh collaborations (now that the feverish run of Off White’s “The Ten” is in our rearview).

While towering in its ability to generate hype and move SKUs, Scott’s partnership is still very young. He has only a handful of collaborative releases to date, some of which were only for friends and family, owned by few and never released for purchase. This exclusivity (and scarcity) speaks to just how much energy is behind Scott. Everything he touches quickly becomes grail-worthy. “The shoes stand up on their own. Even if you’re not a fan of his music, it’s an Air Jordan with authentic storytelling not pulled from an obscure photoshoot from 1991 during Michael Jordan’s heyday,” affirmed Complex’s Matthew Welty.

Scott is at the height of his powers both musically and creatively, and the anticipation surrounding his upcoming Air Jordan 1 release on May 11 has now reached a fever pitch. Arguably the most anticipated sneaker release this year, Scott’s Air Jordan 1 has been sought after by sneakerheads for months. Here, we detail La Flame’s top five Nike (and Jordan Brand) collaborations. 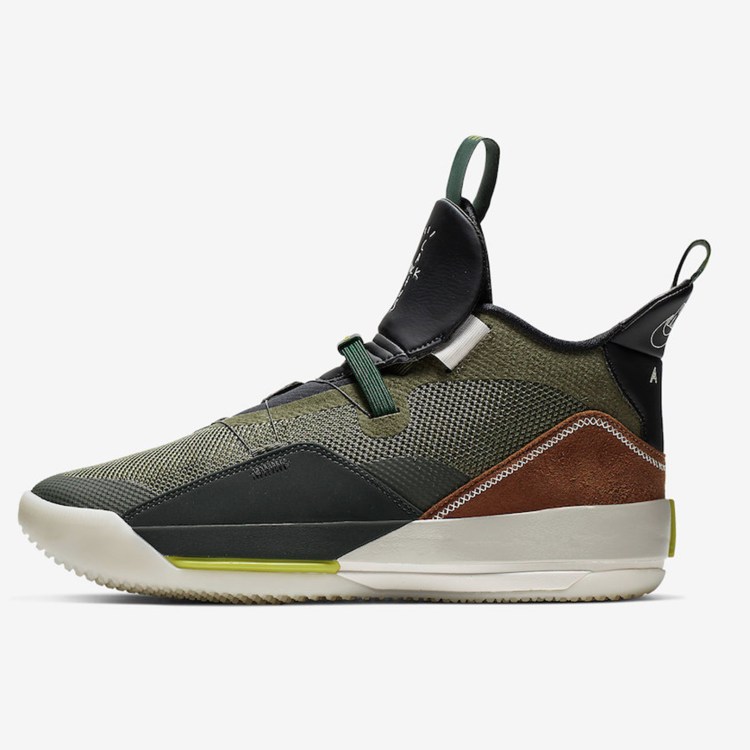 Known as Michael Jordan’s latest post-retirement signature sneaker, the Air Jordan 33 was outfitted in a Cactus Jack treatment on Valentine's Day 2019 during NBA All-Star Weekend. It was Scott’s debut creation in the performance basketball space. Given the success of the shoe, there’s a strong likelihood it won’t be his last foray into hoops-specific styles for Jordan Brand. 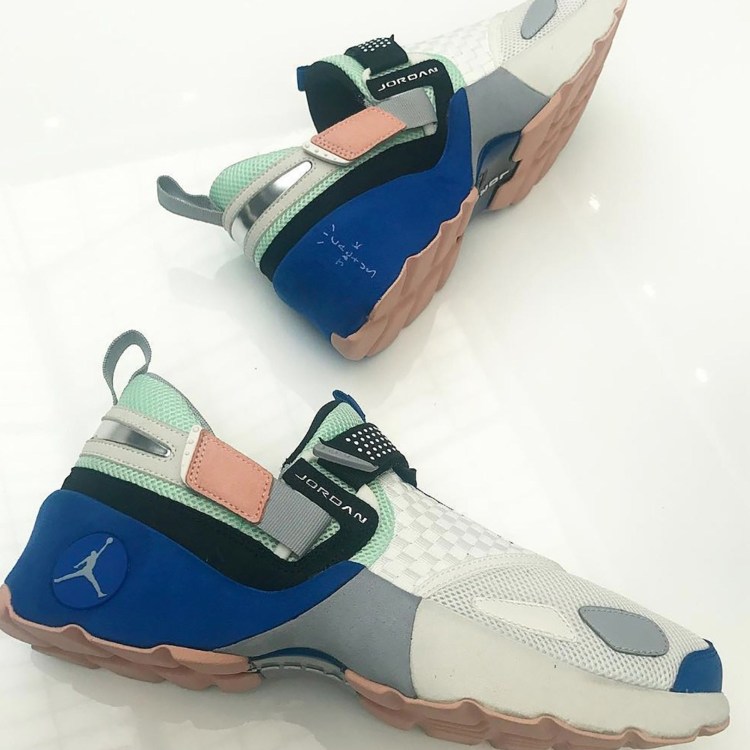 Scott’s first Jordan Brand design back in 2017 was a friends and family iteration of the Jordan Trunner LX. A cross-training silhouette first released in the early 2000s, the sneaker was largely thought to be an intriguing (even odd) first choice for Scott. Yet with many collaborative sneakers, brand partners like Scott are often tasked with heightening releases, similar to a hit single released before a new album. The Jordan Trunner, which had just been re-released at the time, needed a bit of energy. This shoe from Scott, which was never actually released at retailers, managed to generate the right amount of buzz for the low-top slip-on. 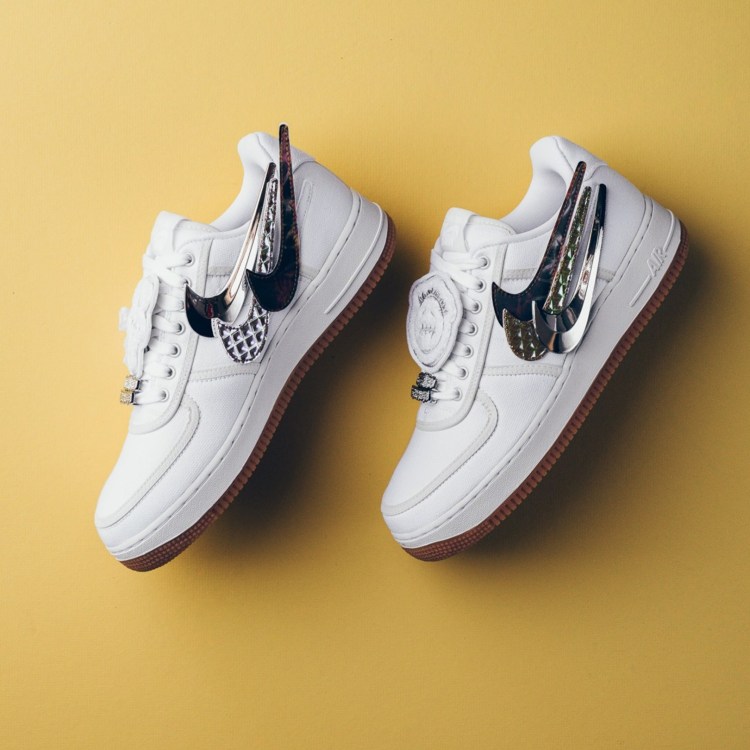 The Travis Scott x Air Force 1 Low NRG (or energy), Scott’s first official Nike release, much like the unreleased Jordan Trunner LX, came in the midst of a retro campaign. Fueled by companion AF1 collabs spurring both newness and nostalgia, Scott’s pair featured detachable swooshes that worked with the DIY trend in sneaker culture at the time. Scott, to add even more hype to the release, began wearing pairs of the shoe that he’d tie-dyed—a menswear trend that’s been all the rage over the past few seasons. 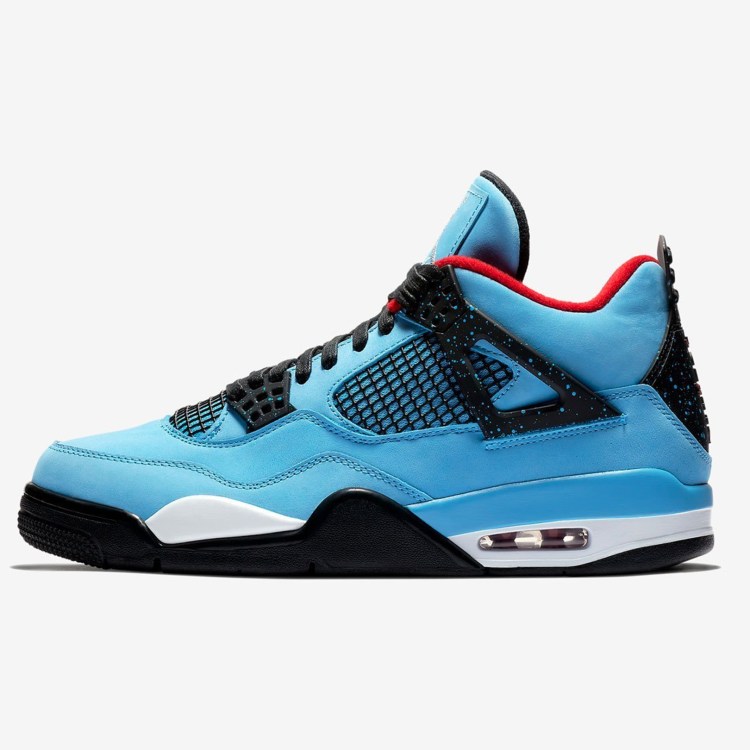 If Scott’s Air Force 1 Low was his Birds in the Trap Sing McKnight (the breakout album that placed the Houston native among the best artists in hip-hop), then his Air Jordan 4 “Cactus Jack” was the sneaker equivalent of his 2018 Astroworld album—a massive commercial success that launched Scott into ever rarer air. Inspired by the now-defunct Houston Oilers NFL franchise and his Cactus Jack record label, the release marks Scott’s debut Jordan Brand release, which was celebrated with a carnival in his hometown (just outside the Toyota Center where Scott acts as an ambassador for the Houston Rockets). The shoe was considered by many to be the best sneaker of 2018. Scott also produced several friends and family pairs of this Air Jordan 4, in purple, dark gray and olive. 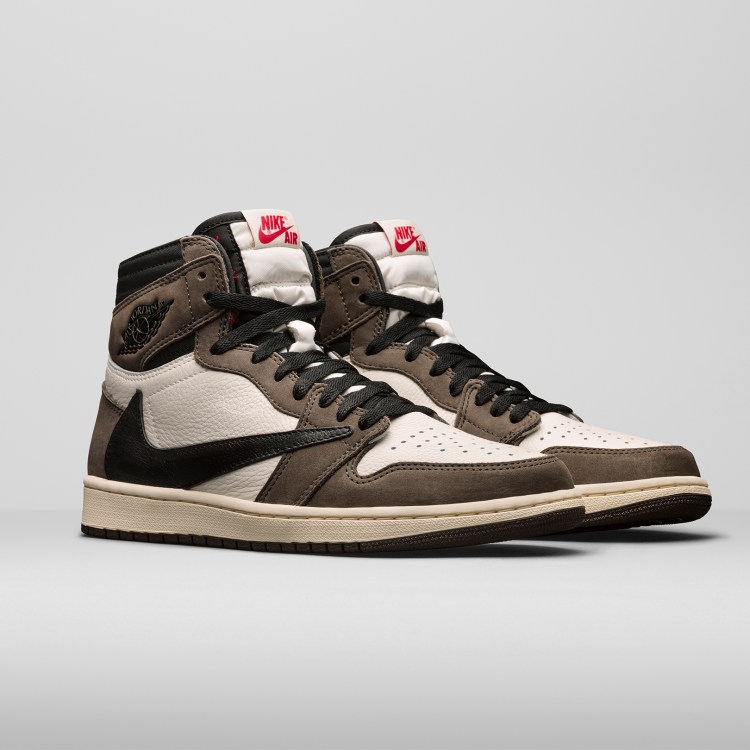 This Saturday, May 11, Scott and Jordan Brand will release their most coveted sneaker to date. The Air Jordan 1 with an inverted swoosh, stash pocket and muddy brown suede (inspired by his childhood backyard) first dropped as a surprise release during Scott’s Grammy performance earlier this year. Another quick-strike release followed on Scott’s birthday when the shoe landed on Nike SNKRS and Scott’s website for purchase. The shoe’s global release finally takes shape this weekend, accompanied by a Scott-designed apparel collection.

For more information on how to purchase the Air Jordan 1 “Cactus Jack” through a number of raffles at select global retailers, visit here.