This Inventor Is the Dyson of Umbrellas 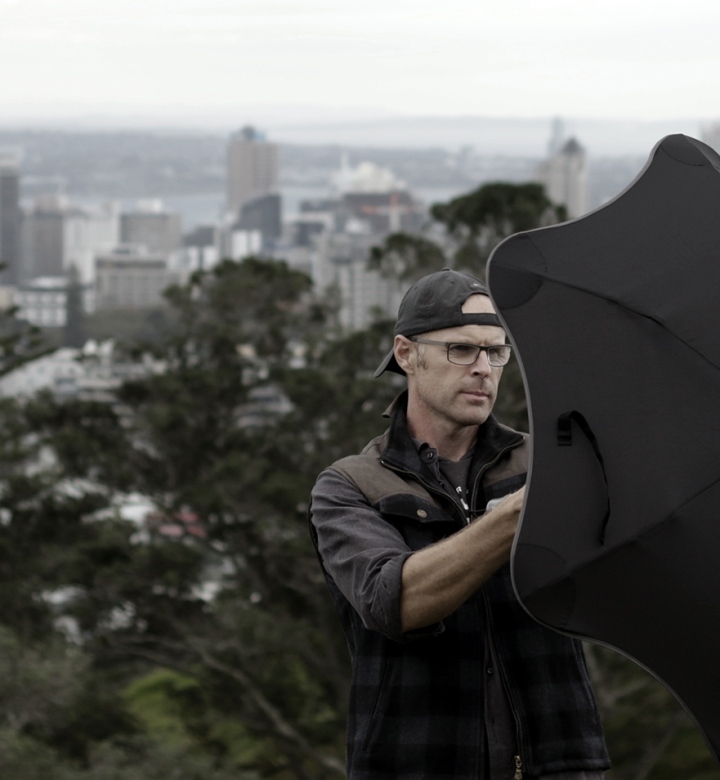 Blunt Umbrellas began in 2006 when a very tall man was fed up with umbrella ribs poking him in the eye. Greig Brebner, a busy Londoner often dealing with rainy weather, is that tall man.

After some research, Brebner—now an Auckland, New Zealand, resident—realized that the anatomy of an umbrella, an essential structure to the working man’s commute, hadn’t been updated since its inception in 1928. After rigorous innovation, testing and designing, Brebner crafted a better umbrella.

The Blunt umbrella has rounded edges, so no spikes in sight to blind your fellow side walkers. It has been wind-tunnel tested to withstand around 72 miles per hour gales. Brebner’s apparatus can encounter torrential downpours and keep your outfits fresh. The Daily Beast called it “the umbrella to end all umbrellas.”

We asked the brains behind the brand for his take on how to hire the right people, how he takes his coffee and the most important thing he has learned as a founder. Take a look. 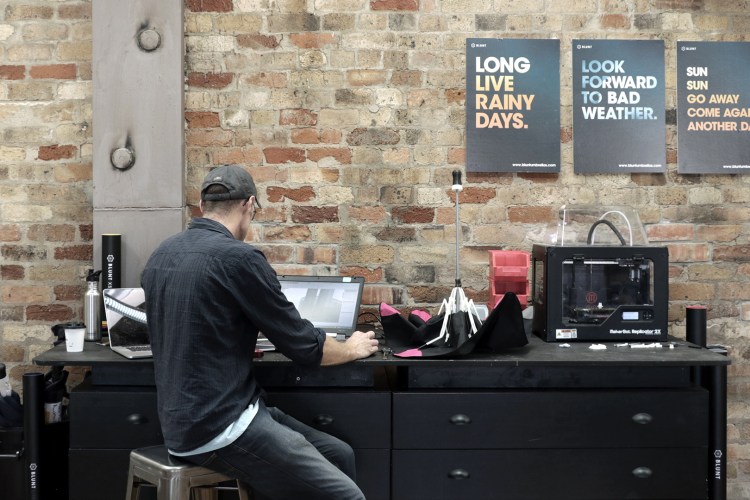 Describe your brand building strategy in one sentence.

Greig Brebner: We take ordinary products and turn them into extraordinary experiences.

If you were pitching your business on “Shark Tank,” what would you say?

Brebner: We have spent the last decade evolving a very traditional product by combining superior engineering with beautiful design, giving us our Blunt umbrella. The unique patented and trademarked Blunt shape is the only umbrella on the market with a fully tensioned canopy for unparalleled performance. Ultimately, we have taken what was an everyday object of frustration and turned it into an experience that consumers quickly fall in love with and want to share.

We are now looking for our next challenge. Our tested formula of applying deep thought to design, engineering and the production processes results in creative solutions that are a breath of fresh air in a world where mass production has lowered consumer expectations to unacceptable levels. We believe the world needs better products that equally benefit the consumer experience and the sustainable choice without compromise. It’s incredible to hear our fans tell us about their hour-long conversations about their Blunt umbrella that’s lasted them years. 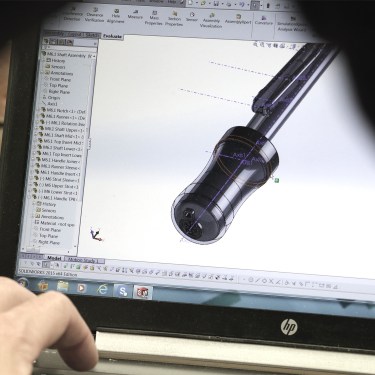 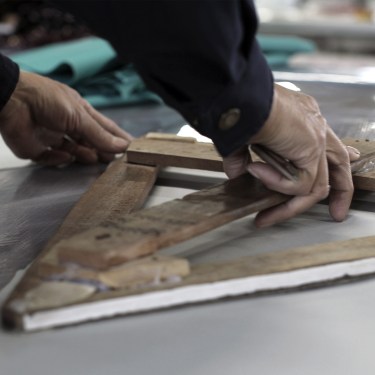 Brebner: You need to have great people around you to help you get there. Unfortunately, the same great people won’t always be right for the complete journey. I have learned that managing this balance well is so essential for a thriving business.

Brebner: Pretty much everything when I was first starting. Learning to listen to everyone and to filter out the good from the bad has been crucial. The wisest voice in the room is generally not the loudest.

Tell us about the time in your career when you felt the most stuck.

Brebner: There have been a few of these. Having spent years working to develop a winning product, I felt stuck when it came to commercializing it, especially after receiving insight into how the traditional industry operated. Founders don’t always have the best skill sets to manage people. That makes it difficult to form and grow the required team to get your business where it needs to be. I have been very fortunate that good people have come along at the right time to help build the business. 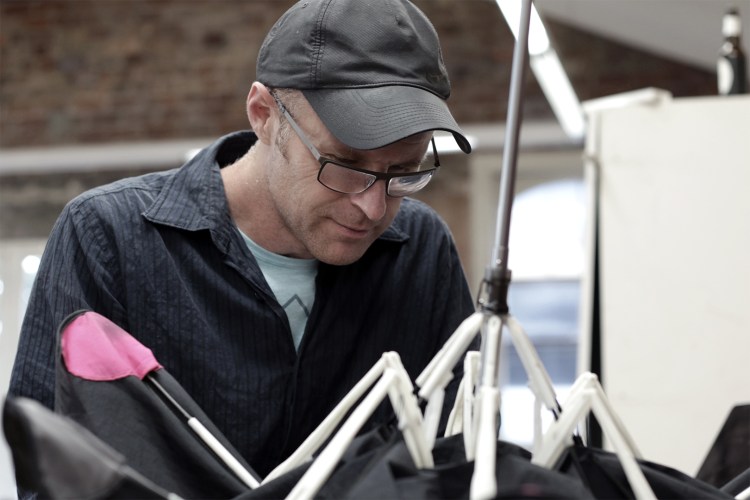 What do you consider your greatest failure to date? What did it teach you?

Brebner: Listening to the loudest voice in the room too much and being influenced into decisions that weren’t future-proofed. It taught me how important it is to have experienced, independent advice that you can trust. Hindsight is always a wonderful thing; however, learning from past mistakes is truly powerful—almost life-changing. Embrace the struggle knowing that it is an imperative part of the journey.

How do you take your coffee?

Brebner: I take my coffee once a week—I love it but hate the idea of it defining how I feel. For some reason, I don’t feel the same way about craft beer.

What is your number one way to inspire positive company morale?

Brebner: There are many pieces to this puzzle and difficult to rate one above the rest. It’s key that everyone is working towards a single-minded vision while having confidence in those around them to perform and to back each other up. Own the failures as a team and always celebrate the wins. We like to play in the discomfort zone as we look to add new products into our stable and continue to seed Blunt in emerging markets throughout the world. 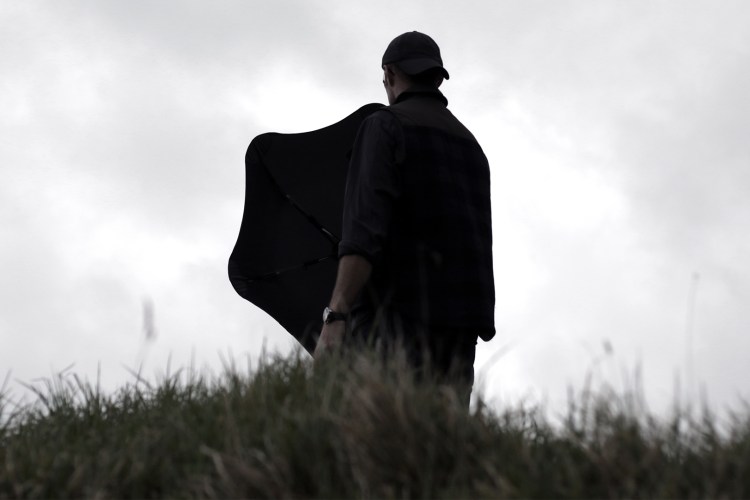 How can a candidate impress you in a job interview?

Brebner: A candidate can impress with good energy, honesty and authenticity. Our team is made up of very different profiles on purpose. We’re a small team, so it’s essential to have different skills to cover many bases.

How do you balance your career and your family life?

Brebner: Still working on that one. I’m getting better at entirely removing my head from work issues when spending valuable time with my family. A day out on the water is a good reset for me.

What advice would you give to anyone looking to launch a business?

Brebner: Make sure your business idea is a potential winner. Put it through as many filters as you can before investing too much time and money. Make sure you have a strong vision for what your success looks like. Spend plenty of time visualizing every detail. Learn how to focus your energy. Understand cash flow management or make sure someone close to you understands it. Follow your dream, but know that it will take longer and cost more than you ever imagined.