Getting you caught up on Supreme's Creative Director 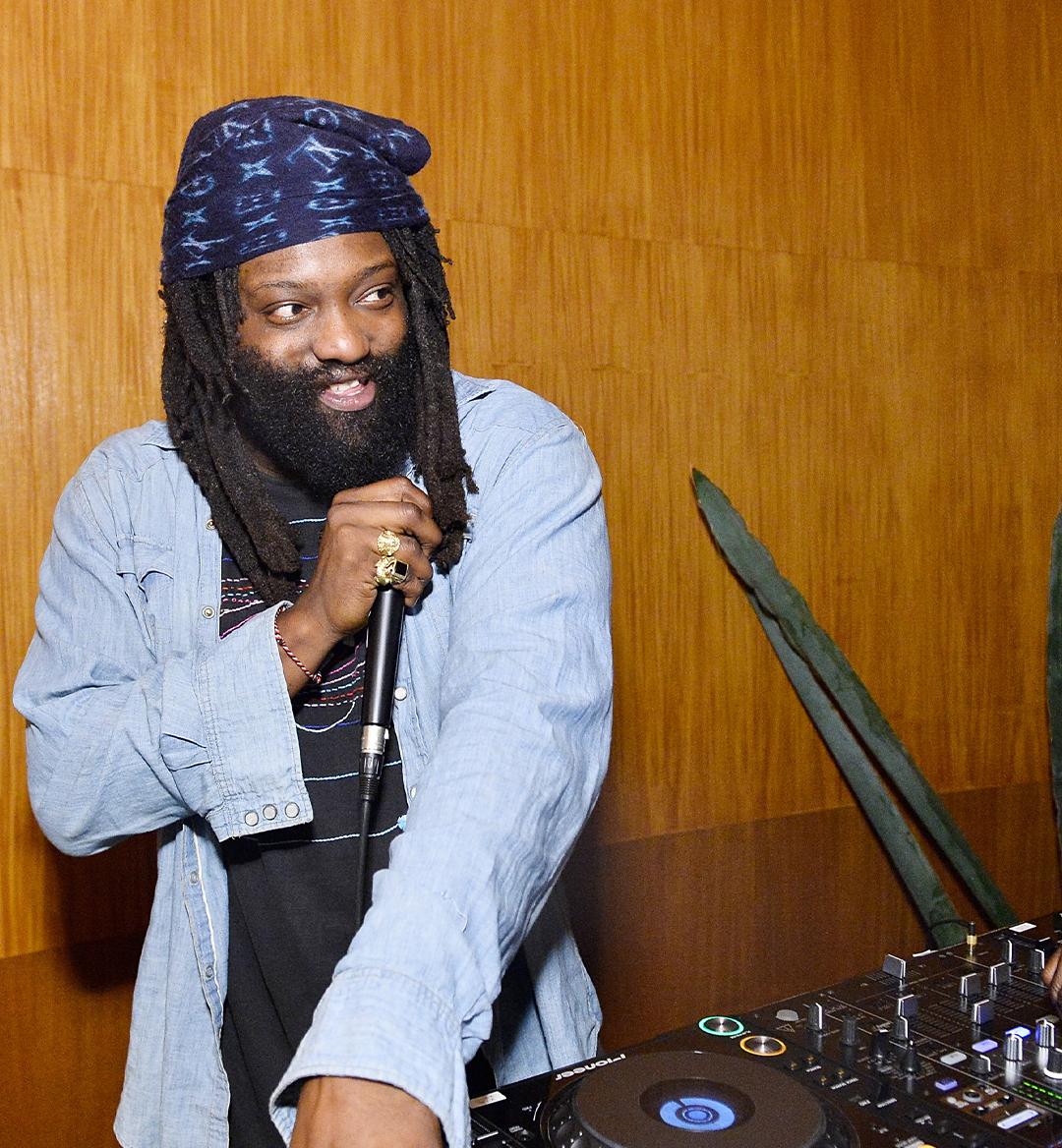 Tremaine Emory is without a doubt one of the most prolific designers in the fashion landscape today. Even if you don't recognize his name, you've surely seen his work at some point. Emory's brand, Denim Tears, has been cosigned by the likes of Kanye West and A$AP Nast, to name a few. His work has also been featured at the Met Museum's "In America: A Lexicon of Fashion" exhibit. He hasn't just worked with museums, though. Tremaine Emory's laundry list of collaborators runs the gamut from classic American brands like New Balance and Levi's to streetwear icons like Stüssy and Off White. And he made headlines earlier this year when he was named Creative Director of Supreme.

Tremaine Emory was born in Atlanta, Georgia in 1981, but was raised in Queens, New York. Aside from this, very little is known about Emory's childhood and education as he has historically been a rather private person.

We do know where Tremaine Emory's career began, however. The designer cut his teeth working for Marc Jacobs in New York, then moving to continue his work with the brand in London in 2010. Emory reportedly worked with Marc Jacobs for nine years until he eventually moved on in his career.

By the late 2010's Tremaine Emory had made his way to Stüssy, where for a period he served as the label's brand director-at-large. In 2017, Frank Ocean enlisted Emory to help create the Boys Don't Cry magazine as part of the artist's Blonde album rollout. During this time Emory also moved to Los Angeles while he consulted for Kanye West.

Not long after, Emory launched his own brand Denim Tears in 2019. Denim Tears, and Tremaine Emory's career at large, revolves around the black experience in the United States and highlighting the African diaspora. In an interview with The Face, Emory describes the brand in his own words, "Denim is made from cotton. America is made from cotton. The black experience started with picking cotton. So, denim tears. Metaphorically if you look at a pair of jeans or any garment that’s cotton, it traces all the way back to that."

If you're familiar with Denim Tears, it's likely that you'll recognize Emory's signature cotton wreath adorning several of his works, notably his denim collaboration with Levi's. After seeing painter Kara Walker post a photo of a cotton wreath on Instagram during the holidays, Emory was inspired by the tongue-in-cheek commentary on black enslavement and made the wreath a motif for the brand.

Managing the success of his own label is clearly not an easy feat, but that simply isn't enough for Emory. Most recently, the designer was appointed to the role of creative director at none other than streetwear's holy grail: Supreme. After Awake NY founder, Angelo Baque, departed Supreme in 2017 the brand was acquired by VF Corp, which also owns Vans and The North Face.

The billion dollar acquisition was concerning for many, and widely considered a bad omen that Supreme would lose its cool factor. It's true, the brand has heavily relied on the brand recognition afforded by its logo to make sales in recent years. However, Supreme founder James Jebbia claimed that the brand would be staying true to its roots, and hiring a friend like Tremaine Emory rather than a corporate individual with no experience is a step in the right direction.

Since the announcement that Emory would be joining Supreme in late 2021, the brand's weekly drops have improved immensely. We're seeing much more work that features beautiful details and storytelling over the classic Bogo, and Emory will undoubtedly steer Supreme in a new direction which will likely see the brand collaborating more with smaller brands and artists in addition to the big name collaborations we've become familiar with.