"The Book of Boba Fett" Recap: 'Return of the Mandalorian' 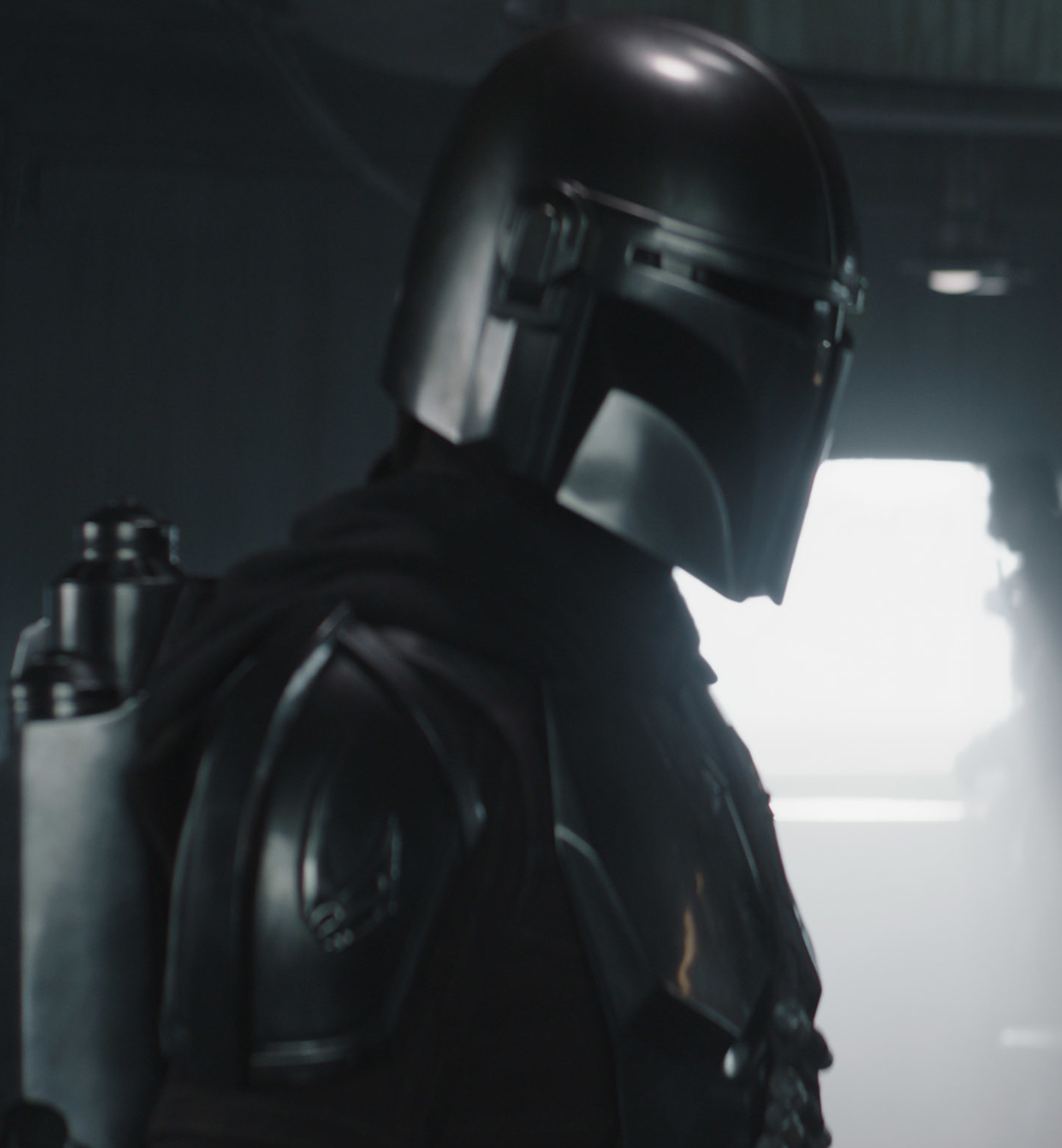 Who doesn't love starting a new episode that throws you right smack dab in the middle of a slaughterhouse?

Let's insert the "When Worlds Collide" song from SpongeBob SquarePants right here because we open up this episode by seeing our old friend, Mando, casually walking through a slaughterhouse. I knew I missed The Mandalorian, but until I saw him on the screen, I didn't realize how much I actually did (let's get Season 3 up ASAP, okay @ The Mandalorian writers?).

On a mission to secure a bounty out for Kaba Baiz, a Klatoonian, Mando finds himself in the middle of a slaughterhouse, heading to the back room to locate him. Though Kaba Baiz first denies even being the Klatoonian in question, Mando has a tracker on him and knows that he's lying. Surrounded by other aliens, Mando quickly pulls out the Darksaber and makes his way through the crowd, ending on Baiz, who put up a bit of a better fight, leaving Mando with a leg injury before being killed.

Upon exiting the back room, Mando is greeted by another slew of aliens who had been working in the main room and heard all the ruckus. Oh, and being that they're in a slaughterhouse, they're all wielding a nice variety of butcher knives. In exchange for the money that their boss owed them, Mando lets them pass and vice-versa.

He limps his way through an odd-looking planet that resembles the classic spiral from Sonic the Hedgehog and arrives at his boss's office, where he presents her with the head of the Klatoonian in exchange for a bit of money and information. She tells Mando where his fellow Mandalorian the Armorer is, who he sets out to find immediately following the meeting. 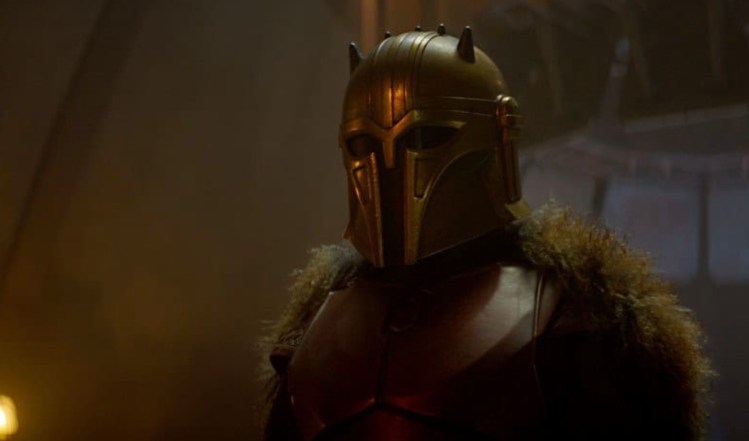 As most of the Mandalorians were killed, he's only greeted by her and Paz Vizsla, who helps restore his wound. Mando shows the Armorer the Darksaber, and it seems as if Vizsla thinks he should be its owner instead.

After turning his beskar spear over to the Armorer to be formed into something for Grogu, he asks her about Bo-Katan Kryze, and she launches into a bit of a historical flashback about Kryze and her ancestors. Though she was once supposed to rule Mandalore, her and her family stopped following "the way," which, according to The Armorer, led to chaos and the loss of their world. If it weren't for those who survived who continued to follow "the way," there would be no Mandalorian legacy.

After this, the Armorer teaches Mando how to use the Darksaber properly, but her advice isn't very helpful, as the saber controls him rather than the other way around. The weapon gets heavier and heavier with every swing, leaving it practically useless against any enemy. Mando will have to change his mindset to get the weapon actually to work as it's supposed to.

Seeing his failed efforts to wield the Darksaber, Vizsla challenges Mando to a combat fight, as the winner will be the holder of the saber. Though a close fight at first, Mando is about to kill Vizsla when the Armorer calls it a win. However, after admitting to her that he has taken his helmet off in the past, she claims that he is no longer a Mandalorian, and with that, he boards a flight to Tatooine. 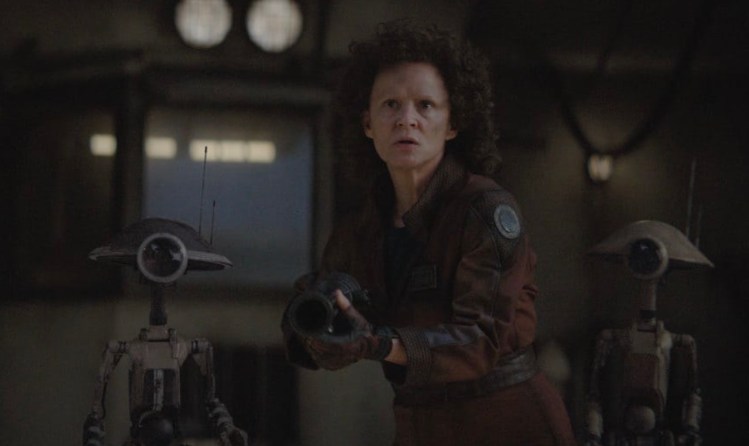 And where does Mando head first? But of course, to Peli Motto's shop, where she had promised him a new ship. He is annoyed to learn that this ship is not, in fact, a new Razor Crest but rather an old Naboo Starfighter, something first seen in The Phantom Menace. Angered by this, Mando demands his money back, though Motto convinces him to let her fully repair it, as she promises that it'll be an impressive ship. Though she promised to fix it herself, Mando helps out, as things will move faster with the two of them working on it.

After a ton of work, the ship is finally ready to go, comprised of vintage pieces and refurbished parts courtesy of some Jawas, one of whom Motto claims to have dated in the past (they were too furry). Looking much sleeker and matching the overall look of Mando's armor, he takes a test run with the ship, which flies extremely fast and has great handling.

Wanting to take it off Tatooine and into space briefly, Mando heads up, though he's stopped by two New Republic pilots (basically the traffic officers of space) for flying too close to a commercial ship. When they start to question him about his involvement with the Razor Crest, he denies them any more information and then takes off into hyperspace, heading back to Tatooine.

Back on land, Mando regroups with Motto, who tells him that someone stopped by and was looking for him. Though she claimed that she kept the visitor out, Fennec Shand jumps into the scene, having gotten past whatever "security" Motto put in place.

Fennec asks Mando if he's looking for work and claims that the pay is good, though he turns down her money. Instead, he'll do whatever she needs for free, which will be providing some extra muscle for her and Boba Fett in this upcoming war against the Pykes. But before he's able to start working for them, Mando mentions that he has to "pay a visit to a little friend." And we all know who that little friend is.