The 5 Best Zombie Movies On Netflix 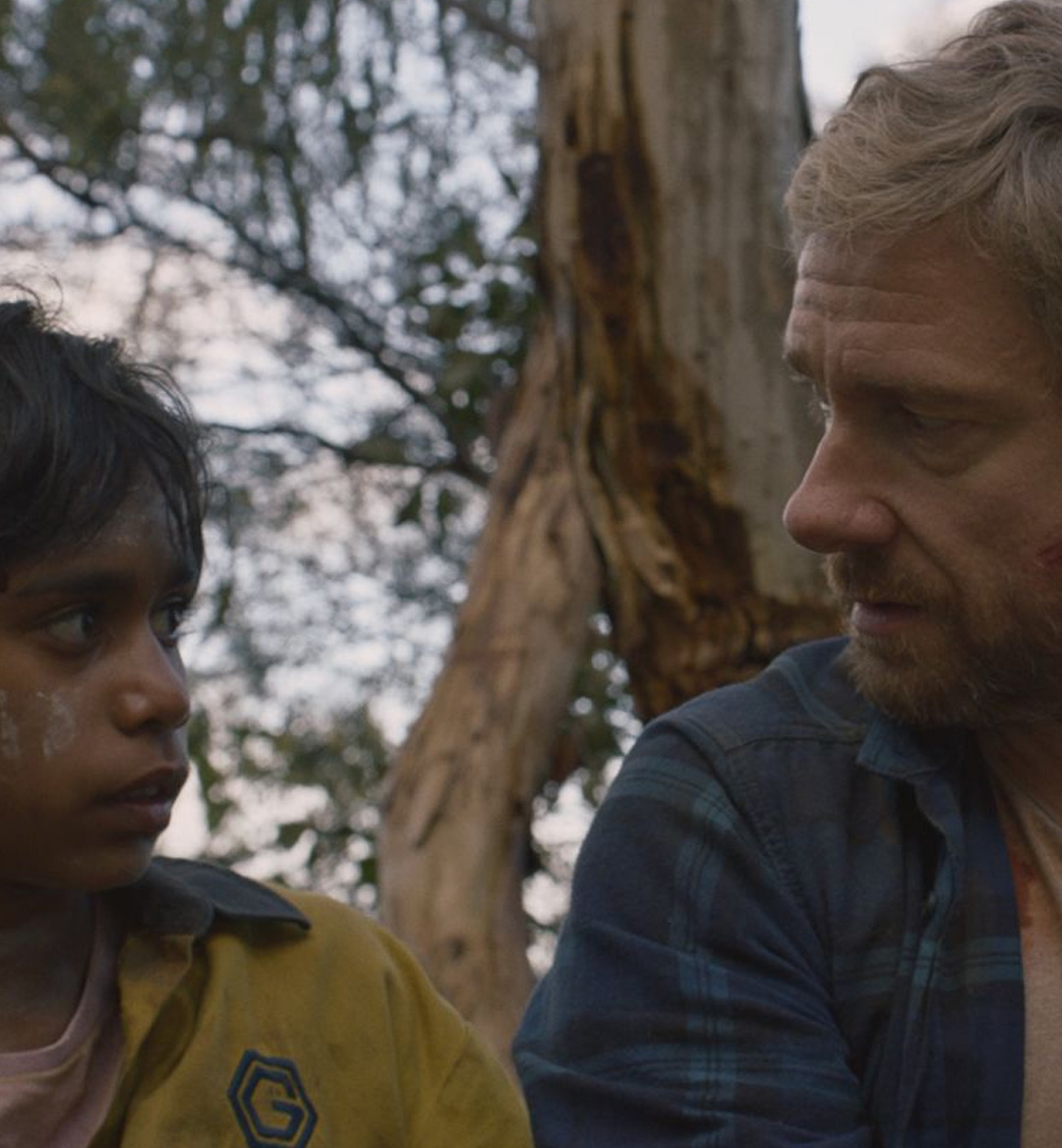 In the wake of Halloween, the ghosts, goblins, and witches may have returned to the netherworlds from whence they came, but since there’s no more room in Hell, the dead still walk the earth!

Because zombies have become a sort of ubiquitous motif in horror cinema, it’s easy to forget the zombie sub-genre's deep political roots. Director George Romero didn’t invent zombies, but his groundbreaking film Night of the Living Dead is often credited for creating most of the tropes that would be repeated in subsequent horror films. Romero’s speculative sci-fi story somewhat accidentally became an allegory about race relations in America when the director decided to cast a Black man as the protagonist — thus changing the cultural context of the events depicted in the frightening film. Suddenly, the final scene in which the movie’s hero is shot by a roving gang of hunters took on a much different meaning. Romero would continue exploring anti-capitalist and subversive themes in the film’s follow-up, Dawn of the Dead, which depicted a suburban mall's invasion by hordes of festering corpses. The zombies there were supposed to represent the mindless consumerism, which he saw driving American culture in the late ’70s.

Since the ’70s, horror filmmakers have used zombies to convey a plethora of political messages — but zombies have since somewhat lost their teeth. Movies like Warm Bodies or  Life After Beth and TV series like The Walking Dead have rendered the critical component of zombie film somewhat obsolete: Nowadays, zombies are often used as material for saccharine twee musings or another meaningless image in banal action sequences.

Although Netflix’s horror selection has significantly declined in quality in recent memory (especially now that Shudder has been gaining traction amongst horror die-hards), there’s still a handful of hidden gems tucked away in their spookiest sections. Here’s five can’t-miss zombie movies ranging from politically incisive to absurdly campy to family-friendly.

(Warning: some spoilers throughout)

Martin Freeman (best known for playing Bilbo Baggins in The Hobbit trilogy) stars as the oddly rugged and handsome protagonist of this Australian post-apocalypse narrative filled with socio-political overtones. Cargo takes its doomsday conceit quite seriously — there’s pretty much no sense of humor to be found anywhere in this dire and bleak movie — and some of the film’s images of racialized violence are extremely disturbing. Viewers with certain sensitivities may need to stay away.

Cargo tells the story of a recently infected father, hoping to find living humans to take care of his daughter before he turns undead. I’m not really sure what’s been happening in the popular zeitgeist over the past 5 years that suddenly stories of men wandering through barren wastelands while protecting helpless children have become so ubiquitous (see: The Mandalorian). Still, Cargo uses this motif as the set up to a fable about xenophobia and racism.

The zombies in Cargo, who are mostly reanimated white people, go into what one character calls “hibernation” — they’re often found putting their heads in the sand or walking into walls as if to shield their eyes from seeing the horrors around them. Meanwhile, the film’s antagonist (also a white man) begins trapping Aboriginals in cages and using them as bait to hunt the hordes of rotting somnambulists. If the movie is a commentary on race, it seems to be saying that white people purposefully look away from the violence other whites commit against people who don’t look like them. Of course, it’s ultimately a roving band of Aboriginals who wind up rescuing the child from certain doom.

Don’t let the misleadingly corny title fool you, #Alive is a deceptively frightening South Korean film that uniquely works in the year 2020: when a stylish, streetwear clad gamer named Oh Joon-Woo (played by Yoo Ah-in, whose acting is truly Oscar-worthy throughout) successfully barricades himself in his apartment as a mysterious virus infects everyone around him, he begins to lose his grip on reality. His attempts to call for help by streaming pleas to be rescued on social media are met with an endless cycle of news reports urging him to stay inside as hunger and loneliness slowly destroy his sanity.

The first 45 minutes of the film are truly terrifying, and Yoo Ah-in’s acting really captures something fundamentally nightmarish about either a zombie apocalypse or a global pandemic. After Joon-Woo meets a second survivor from the apartment complex across the street, the latter half of the movie plays out like a more standard pre-Covid survivor story.

The movie’s moral message says something a bit ambiguous about the nature of solitude in the age of social media. On the one hand, no one ever really connects with each other anymore. On the other hand, social media is the only thing keeping us from feeling so bitterly alone.

Silent Hill: Revelation is in no way a good movie, but it’s gratifying. The first film adaptation of the avant-garde video game series of the same name took several interesting and ingenuitive creative liberties with the source material — but this sequel to the relatively successful adaptation goes totally off the rails.

The Silent Hill video games take place in the eponymous fictional town, which exists on the border between the worlds of the living and the dead: Silent Hill is a kind of cosmic purgatory where the sins of its denizens manifest as hideous monsters; each demon represents the unconscious conflicts of the various protagonists. The Silent Hill 2 video game specifically is considered a masterpiece of the medium and single-handedly created an argument for the legitimacy of video games as art. Unfortunately, Silent Hill: Revelation wholly abandons both the concept and chronology of the original games (SH: R is technically an adaptation of the third Silent Hill video game, but honestly, don’t worry about it) — the film opts instead for schlocky 3D effects and an entirely incoherent plot.

But it’s not all bad: although the story is a total mess, the art design of SH: R is exquisitely grotesque, filled with creative, putrid devils and delightfully bizarre set design. Revelation isn’t a traditional zombie movie per se. Still, there’s plenty of undead creatures skulking about the burnt-out suburb, including the series’ beloved, buxom baddies known as the Bubble Head Nurses. The movie crescendos into a strange kaiju battle between the franchise’s main antagonist, Pyramid Head, and his new gynoid rival, The Missionary. Sci-fi legend Malcolm McDowell makes a hilarious and nearly non-sequitur cameo. Whereas the video games were understated and unnerving, SH:R is bombastic and campy — a silly Halloween funhouse set in an existential Hellworld.

The artists at the animation studio Laika are absolute masters of stop-motion cinematography, and Paranorman is their zombie-filled, kid-friendly treasure. The movie is a showcase of offbeat, twisted whimsy, and while the story and action aren’t exactly scary, the movie’s message is heartwarmingly kind.

Norman is an outcast in his eccentric hometown, Blithe Hollow (loosely based on Salem, Massachusetts). Preferring the company of the dead, Norman faces his conservative family’s constant disapproval due to his habit of convening with ghosts. His vaguely schizophrenic uncle tasks him with quelling a legendary witch’s curse. Still, Norman’s mystical quest goes awry, leading to a zombie invasion by the undead pilgrims who founded the suburb. After begrudgingly accepting the help of a ragtag group of sidekicks, Norman winds up saving the village not with magic but with empathy for those who hurt each other out of panic.

There’s a not-so-subtle message about queerness weaved in and out of this tale: Norman’s father fears his son will become a “limp-wristed” freak because of his innate supernatural sensitivities. Despite the hurt his patriarch causes him, Norman realizes that peoples’ cruelty is often the result of their fear. (It’s no surprise the film garnered a nomination for a GLAAD Movie Award thanks to its positive and honest portrayal of queerness.)

Zombie movies are often morality tales in disguise, and Paranorman is a moving love letter to the genre: it’s a family-oriented film about the power of forgiveness and tolerance wrapped up in a magical story of the dead rising from their graves.

The Evil Dead will likely be remembered as director Sam Raimi’s magnum opus and is often considered a zenith of zombie films writ large. Although it lacks the moral or political complexity of comparable zombie films like Night of the Living Dead and Dawn of the Dead, the bonkers visuals, over-the-top acting, and unhinged cinematography is beyond inventive and almost unparalleled in the contemporary horror landscape.

The plot feels almost formulaic now — the movie’s been endlessly parodied or re-imagined in more post-modern contexts (think Cabin Fever and Cabin in the Woods): Four students discover and then read from a mysterious evil book while on a weekend getaway, thus accidentally catalyzing a series of demonic possessions and summoning a horde of reanimated rotting corpses that attempt to drag the kids to Hell. Protagonist Ash Williams, a wisecracking, catchphrase-spewing anti-hero, has since become a cultural icon and a punk sex symbol — thanks to genius characterizations from the strong-jawed Bruce Campbell.

Although Campbell is the star, the movie really shines thanks to astounding special effects from Tom Sullivan, whose meticulous and detailed work with prosthetics, practical effects, and stop motion animation brings Raimi’s gruesome vision to life. It’s almost depressing how horror movies these days rely so heavily on CGI considering the brutal beauty of Evil Dead, which ironically feels far more alive than the endless slew of uncanny computer graphics that have become more widely used in the new millennium.

By the way, the 2013 reboot of Evil Dead (also titled Evil Dead) is absolutely incredible as well — it’s not streaming on Netflix right now, but it’s worth seeking out!

watch 'the evil dead' on netflix
Slide 1 of 3
Did you like this article?