7 Movies That Were Canceled or Majorly Delayed 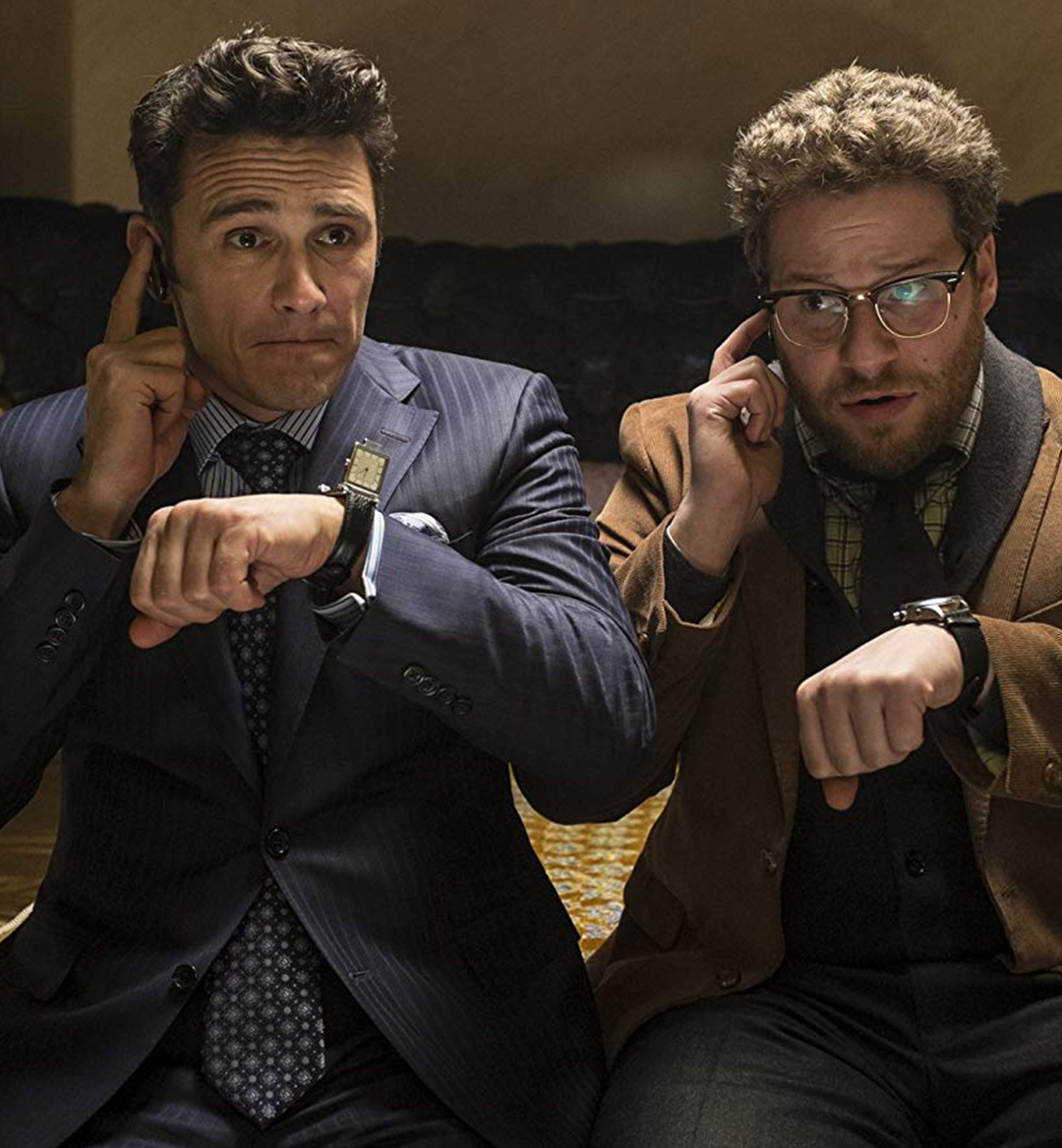 James Franco and Seth Rogen in “The Interview.” / Sony Pictures

Universal Pictures recently made the decision to pull The Hunt—a survival thriller from Blumhouse Productions (the horror studio behind Get Out)—because of the current political climate. For now, the film is in limbo, and it’s uncertain whether it will ever be given a cinematic release.

Inspired by this, here are seven movies that faced major delays, some which still have never seen the light of day, for better or worse.

This political satire follows two journalists, played by James Franco and Seth Rogen, who are recruited by the CIA to assassinate North Korean leader Kim Jong-un during an interview. The movie is reportedly based on a true story, although the original events supposedly involved Jong-un’s father, Kim Jong-il. The film began production in 2013, and in 2014, North Korea threatened action against the United States if the movie came out, resulting in Sony making several edits to the content and delaying its release. The Interview finally saw a limited release in December 2014, although many theaters opted out of screening it.

Following the box office success of James Cameron’s Avatar, China attempted its own high-concept, 3-D fantasy epic. With a budget of $130 million, it was the most expensive Chinese film ever made at the time. The cast comprised largely unknown actors, with Olga Kurylenko (Quantum of Solace, Oblivion) being cast in the lead role after both Monica Bellucci and Sharon Stone declined. The plot revolves around an age-old conflict between a race of mermaids and a host of evil monsters from the depths of the ocean. The film includes a Romeo and Juliet-inspired love story between a mermaid and a human. Since its inception in 2010, Empires of the Deep has gone through four different directors and ten different screenwriters. A trailer made its way onto the internet, but a full cut of the movie has yet to be seen by anybody, and it will probably stay that way.

The Day the Clown Cried is something of a legend in the film community—as well as a cautionary tale. Shot in 1972, it stars comic actor Jerry Lewis breaking type as a German clown in a concentration camp during the Holocaust. The film reportedly ends with the clown leading a group of children to their deaths, but it’s not the highly sensitive subject matter that embarrassed Lewis. He later stated that the poor quality is what made him cringe, and he was glad that it was never seen by the public.

Conceived in 2007 as an action thriller in the tradition of Die Hard, Black Water Transit stars Karl Urban and Laurence Fishburne as a smuggler and a shipping executive in post-Katrina New Orleans. While Fishburne was rumored to have “loved” the rough cut of the film he saw, the project was cursed almost from the start with financial troubles and legal disputes. The film is still technically in litigation, and according to director Tony Kaye, remains unfinished.

Remember when Sienna Miller was going to be the next great movie star? She garnered praise for her portrayal of Edie Sedgwick in 2006’s Factory Girl, and she was on track to receive continued acclaim for her performance as Louise Ferrier, the girlfriend of OZ editor Richard Neville (Cillian Murphy), in 2007’s Hippie Hippie Shake. The movie follows Neville’s real-life obscenity trial in the 1960s, but the studio put Hippie Hippie Shake on hold after it provoked the ire of many of the actual people portrayed, including Germaine Greer. Working Title has no plans to release it.

There have been three Fantastic Four movies to hit the big screen in the 21st century, each more dire than the last, with 2015’s troubled reboot the worst of all. But what you might not know is that back in 1994, producers Roger Corman and Bernd Eichinger made the first attempt at a Fantastic Four feature on a $1 million budget. However, while the film’s trailer was shown at San Diego Comic Con and a world premiere was announced, promotion for the film abruptly halted, and nobody knew the reason, not even the actors. Stan Lee later confirmed that The Fantastic Four had only been made as a way for Eichinger to hold on to the rights to the characters, and that “the movie was never supposed to be shown to anybody.” Years later, Marvel exec Avi Arad paid Corman and Eichinger to destroy any remaining prints of the movie, so as not to “cheapen” the brand when the 2005 movie was released.

The Hunt stars Betty Gilpin, Emma Roberts and Ike Barinholtz as working-class “deplorables” who are being hunted for sport by a group of wealthy “elites” played by Hilary Swank and Glenn Howerton. Billed as a satirical horror in the vein of The Purge, the movie’s political themes and violent content have led to Universal Pictures canceling its release, out of concern that it might be seen as incendiary in the wake of recent mass shootings in the United States. It is still possible that The Hunt will be released eventually, either in theaters or via streaming, but for now the project has been officially shelved.

Read Next: 10 Highest-Grossing Movies of All Time Has a New No. 1

Read Next: 7 Post-Thanos Villains to Rule the Next MCU Phase