Top 10 Hottest NBA Cards Since the Start of the Season 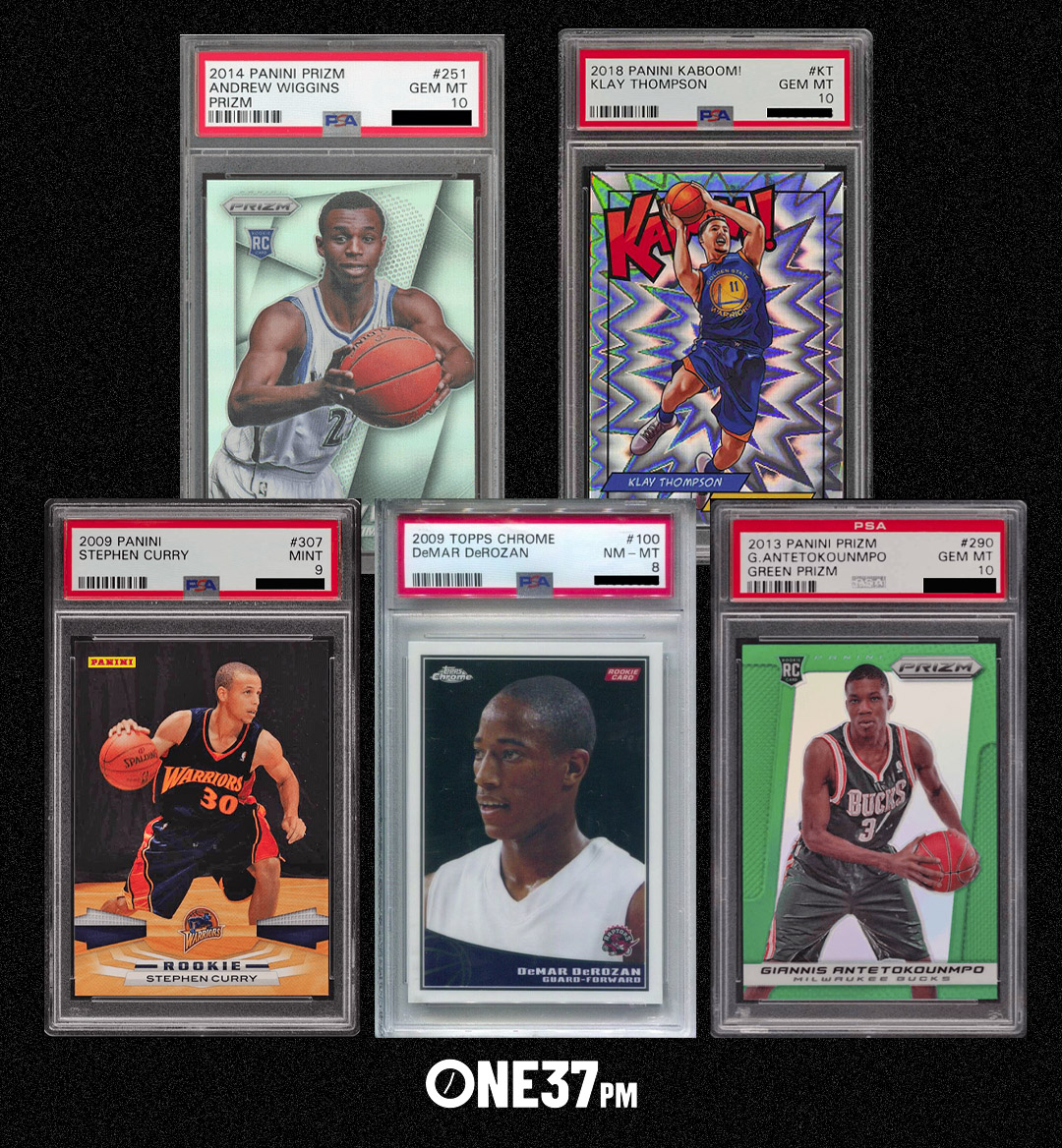 The 2021–22 NBA season kicked off about 3 months ago and we’ve already had plenty of action including a historical New York Knicks comeback win over the Boston Celtics, a surprise team leading the Eastern Conference, a struggling Los Angeles Lakers team, and much more.

Now that we’re a few months into the season, it’s time to look at which players and cards have grown the fastest in value. The list looks at 3-month price growth and only includes graded cards with a minimum value of $250 from active players. 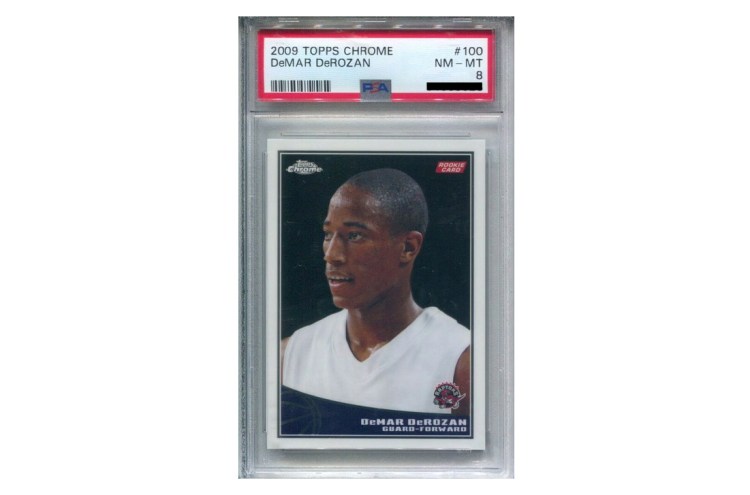 The Chicago Bulls are currently in 1st place in the Eastern Conference with a 26–11 record. They’ve won 9 out of 10 and are 2 games ahead of the Brooklyn Nets. At now 7th place on Vegas Insider’s odds to win NBA MVP, 32-year-old DeMar DeRozan is having a career year.

DeRozan’s pop 10 Topps Chrome Rookie Base in a PSA 8 grade last sold for $345 on January 2nd, up from a previous sale of $125 in early November: 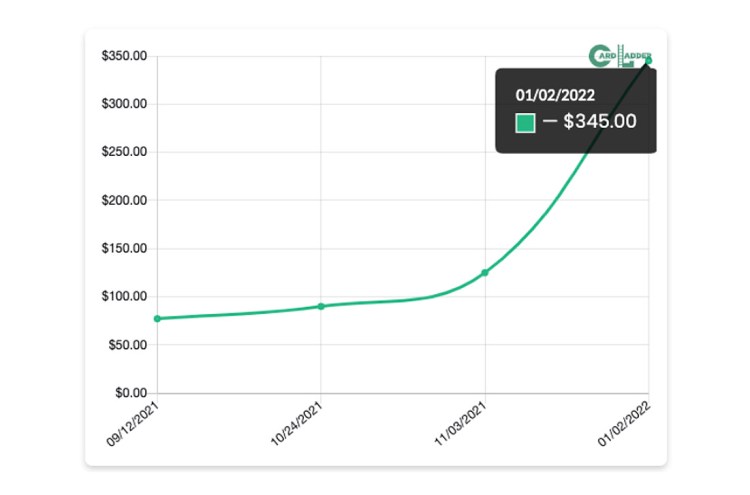 DeRozan has never won an NBA MVP, but is a 4-time All-Star and is playing well for the #1 team in the Eastern Conference so far this season. His name comes up a few times on this list and will be fun to watch during the rest of the season, especially if he keeps playing this well and the Bulls keep winning. 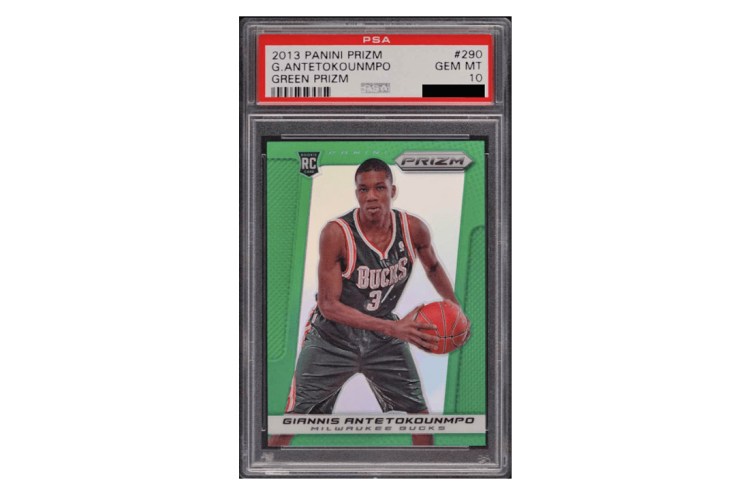 Giannis Antetokounmpo is in his 9th NBA season and already has 2 MVP awards, 1 Most Improved Player award, 1 Defensive Player of the Year award, 1 Finals MVP Award, and 1 NBA championship. He’s averaging 28.5 points per game this season and the Bucks are 4th in the Eastern Conference at 26–16. 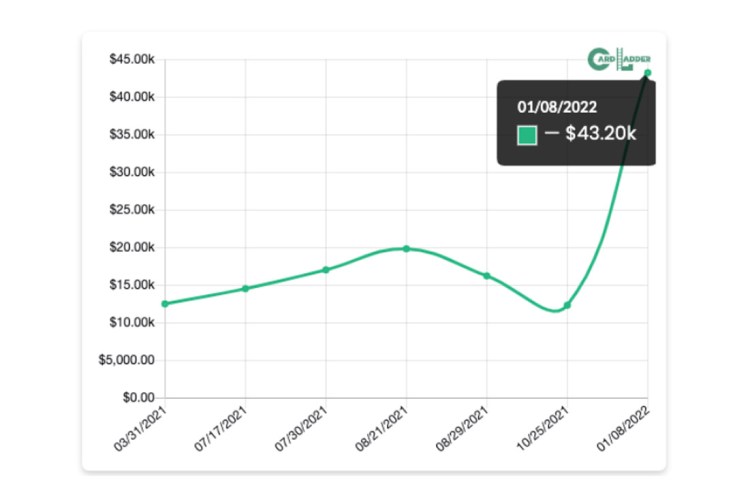 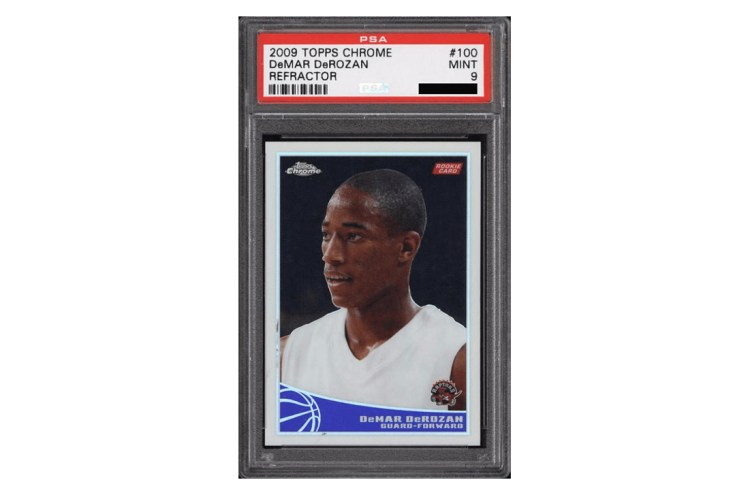 DeMar DeRozan’s 2009 Topps Chrome Rookie Refractor /500 has just 23 copies in a PSA 9 grade and like many of his cards, has grown rapidly in value this season. 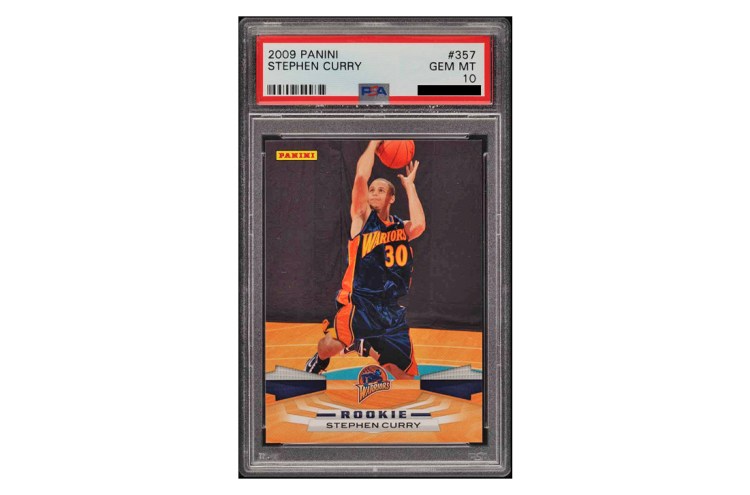 Steph Curry surpassed Ray Allen to become the NBA’s all-time leader in career 3-pointers this season and the Warriors are currently 2nd in the Western Conference with a 29–9 record. Curry is also rejoined by his teammate Klay Thompson, a 5-time NBA All-Star who missed two seasons with a torn ACL and a torn Achilles. 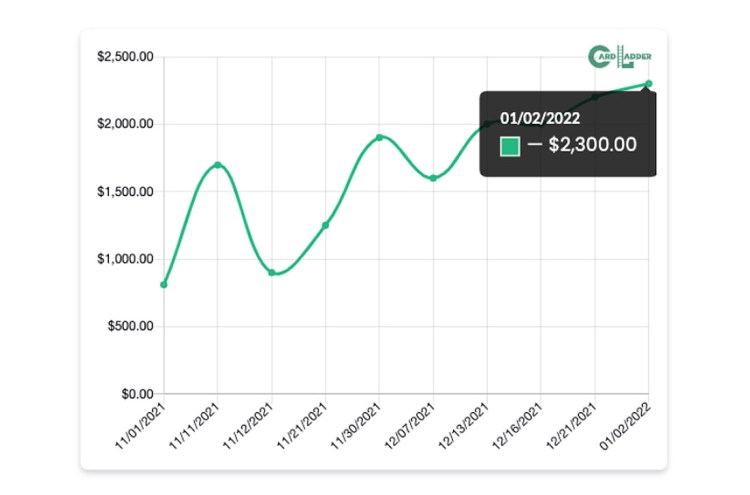 In November, the card sold for $810 and was sold 9 times since. It’s gone through its peaks and valleys but has steadily increased in price over its past 3 sales. 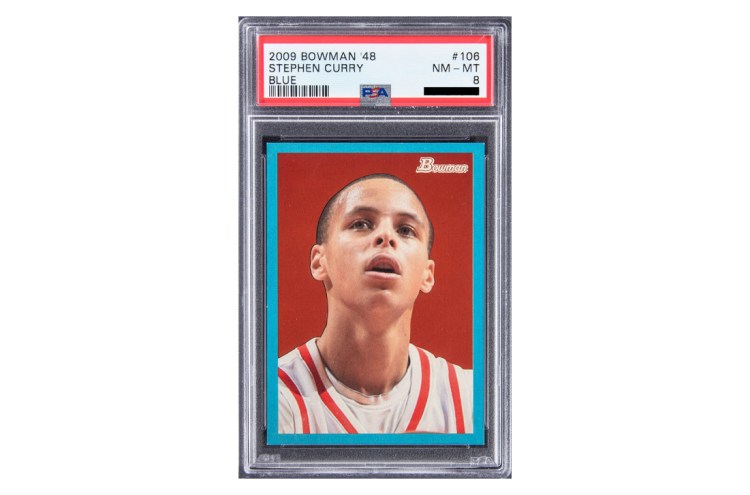 The Golden State Warriors currently have the 2nd-best odds to win the NBA Championship this season and with Curry’s flagship rookie cards becoming out of reach for most collectors, his alternative rookie cards have gotten some attention. 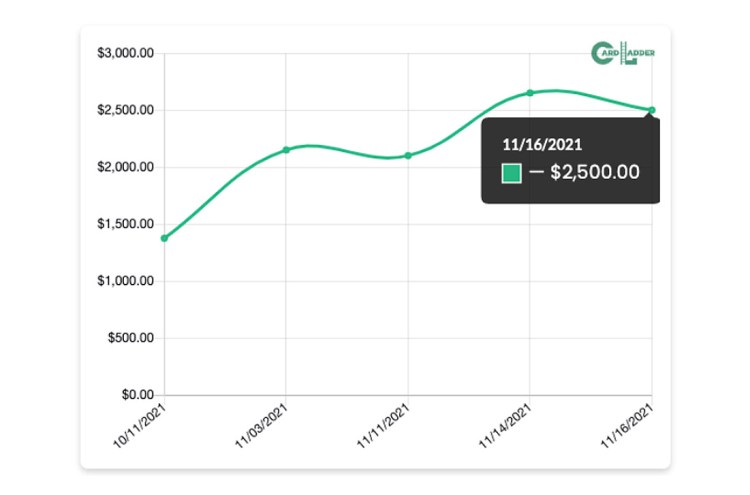 While it was a slight dip from the previous sale, it’s up from $1,375 over the past 3 months. The card sold as low as $940 in July. Curry’s cards are worth watching, especially now that the Warriors have a key piece of their roster back in the line-up. 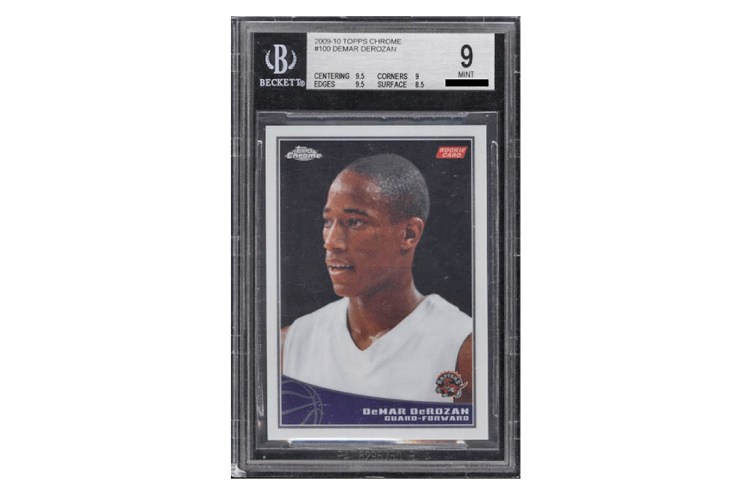 DeMar DeRozan cards have been an upswing across multiple grades of his Topps Chrome base and refractor cards. Many of which have low populations likely due to collectors not thinking twice about sending them in for grading over the past decade. 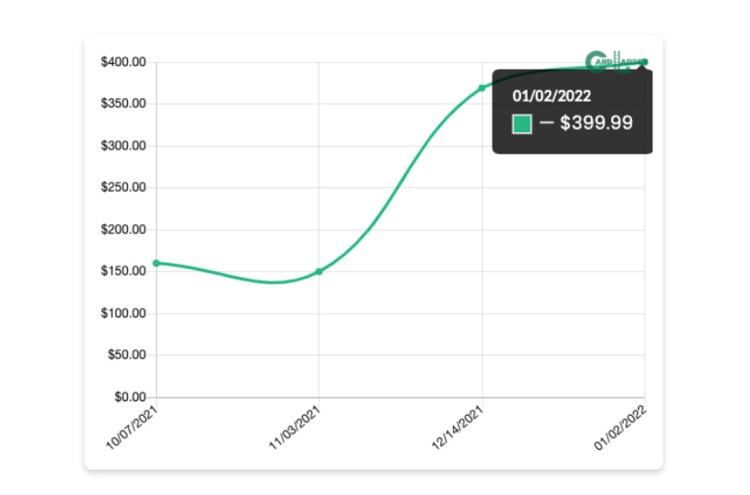 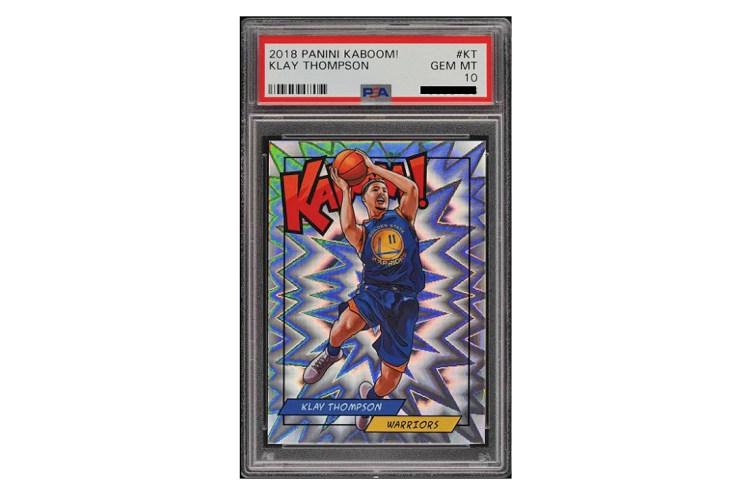 Klay Thompson is back in action after missing two seasons to an ACL and Achilles injury. Thompson has played 8 seasons with the Golden State Warriors, winning 3 NBA championships and received 5 All-Star selections in the process while averaging 19.5 points, 3.5 rebounds, and 2.3 assists per game.

Some collectors may be hesitant to jump back into his cards after he’s been off the court for so long, but he rejoins a dominant Warriors team that is on a path for another championship run. 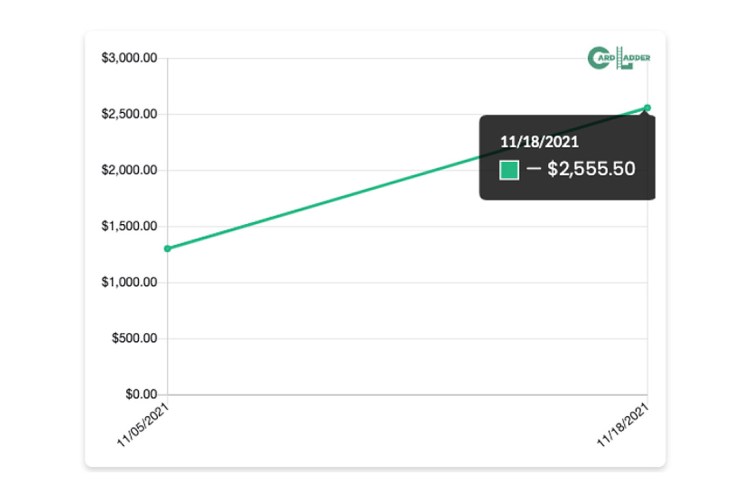 The card sold for $1,300 just a few weeks earlier and is up over $1,200. It will be interesting to see how both Thompson and the card market react to him being back on the court, but he’s in a position to make a championship-caliber team even better. 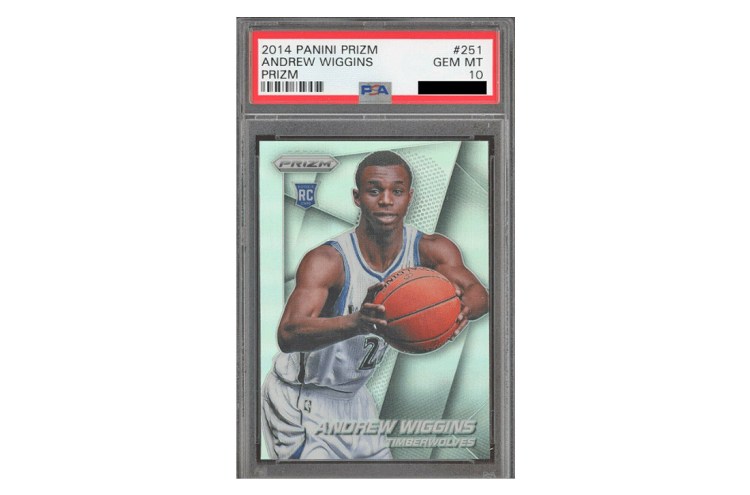 Andrew Wiggins was the first overall pick in the 2014 NBA draft and played 6 seasons for the Timberwolves before he was traded to the Golden State Warriors.

He’s never won an NBA championship or been named an NBA All-Star but he is averaging 19.1 points per game so far this season. Sometimes all it takes for a player to get recognition in the card market is to be on a good team with playoff and championship hopes. 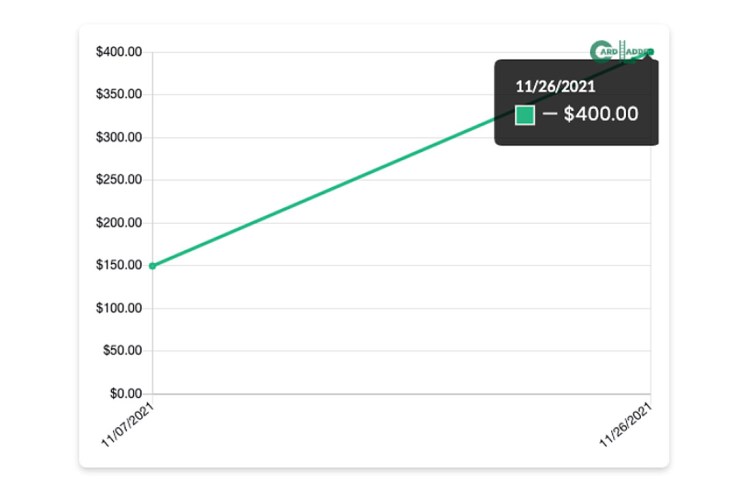 The card last sold earlier in the month for $150. Despite the gains, the card is down from previous all-time highs of $669 in August of 2020. If the Warriors remain a favorite to win the NBA championship and Wiggins continues to contribute, keep a close eye on his cards. 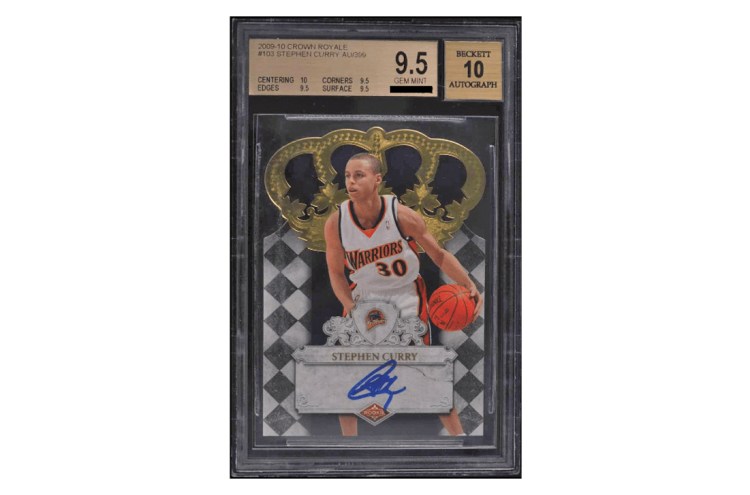 Steph Curry is the most popular player on this list and his alternative rookie cards have shown big gains over the past 3 months. This pop 137 Crown Royale Rookie Autograph features a bright blue autograph (with a 10 autograph grade) and last sold for $26,000 on November 21st: 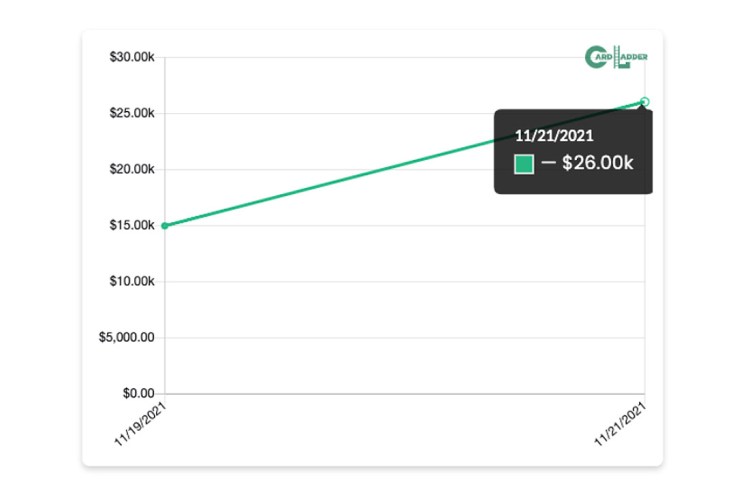 Just two days earlier, a copy of this card sold for $14,950. That’s a gain of over $11,000 in two days. As Steph Curry’s main rookie cards push six and seven-figure valuations, it will push collectors to look at alternative cards like this one as he continues to cement his legacy as a generational player. 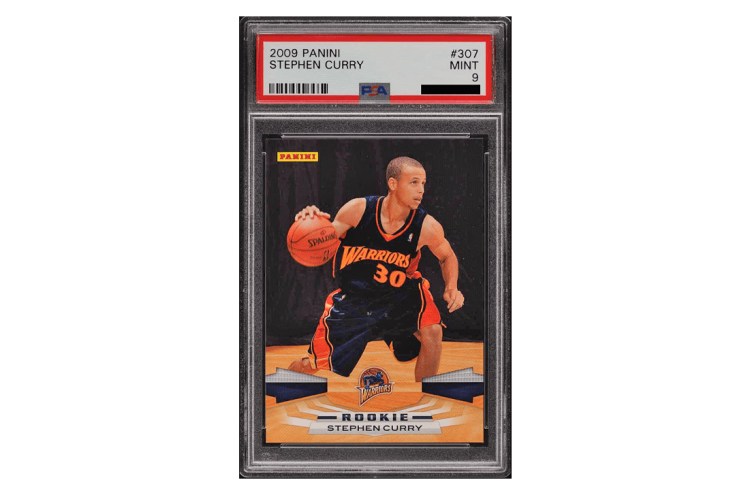 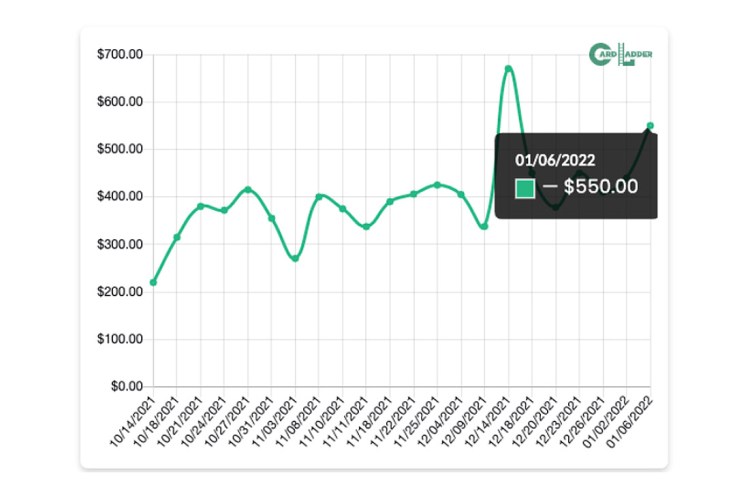 Over the past 3 months, this card has sold 27 times at an average price of $397. In October, the card sold as low as $220. While the card is down from its peak of a $669 in mid-December, the last three sales have trended upwards in price.