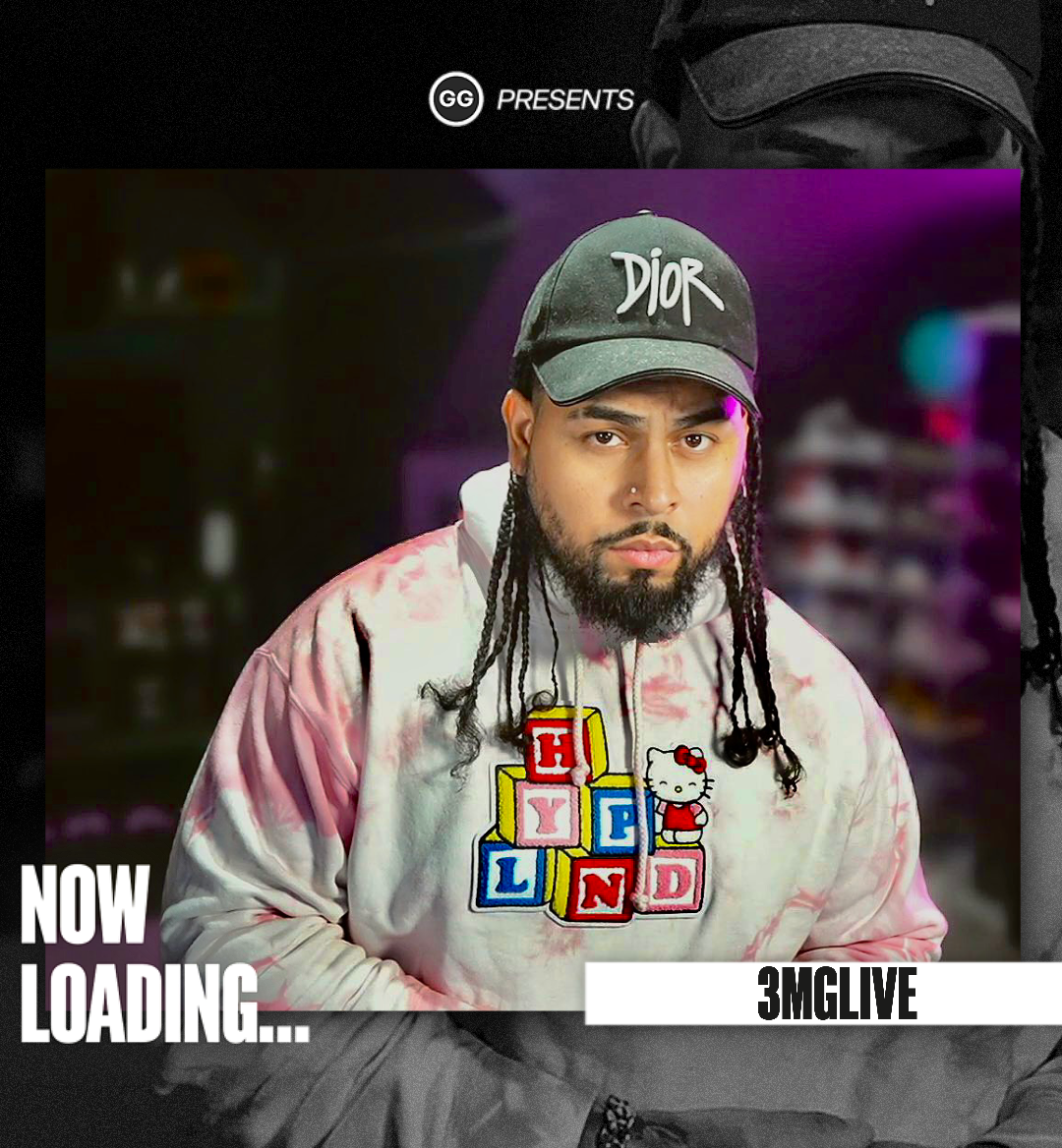 There are so many content creators and streamers out there that have been working overtime to put out the best material possible for a lengthy amount of time. Since 2012, 3MGLIVE has made a name for himself by dropping hilarious and super engaging videos revolving around a huge variety of games, music, and hot topics. With his Twitch channel, he's garnered even more looks thanks to his wild GTA RP streams and a bunch of worthwhile playthroughs for trending titles. With major affiliations such as Cooler Master, NBA 2K League, and Elgato in his back pocket, it's clear that 3MGLIVE's credentials are never in question. ONE37pm caught up with him to chat about some of those marquee partnerships, his inspiring come-up, and a whole lot more. 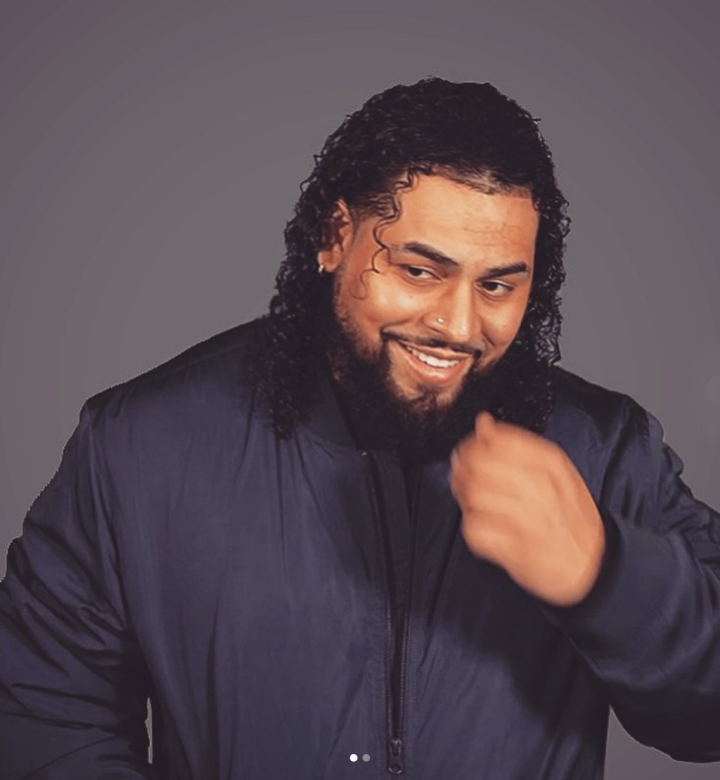 ONE37pm: So what led to you becoming such an avid gamer in the first place?

3MGLIVE: I've been into games since I was little - they've always been a big part of my childhood. From hanging outside with friends to playing video games at home online, the language around them was so different back then. I felt comfortable being goofy and video games would help relieve some of the stress from school and, as I got older, work. Gaming has evolved and I became so into some big franchises with video games, similar to those who wait on the next season of their favorite show.

ONE37pm: And how did all of that lead up to you taking up a career in content creation and live streaming?

3MGLIVE: Growing up before social media was a thing - we would just know about the game coming out and that's it. So initially I wanted to be a game designer. Then in my teen years, I wanted to be a gamer. And once I entered college and YouTube started, I would watch Ipodkingcarter, WhiteBoy7thst, and a few others. But one particular content creator stood out. I met him in a Call of Duty lobby and his name is XChasemoney.

We cracked jokes in a lobby and he soon after picked me up to game with him and his friends. But soon after that, he invited me into his podcast called Grown Man Gaming. That influenced me to make videos and it definitely took me years to really grow and mature myself with my content. But finally, I'm here.

This question hit me different. I've been making videos since 2012 and found my lane with streaming. But to this very day, XChasemoney and myself are like brothers along with other members of the SellSquad. And the podcast still airs to this day.

ONE37pm: What would you say are some of the biggest accomplishments of your career thus far?

3MGLIVE: My biggest accomplishments were of course buying my very first home and having my mom retire from her job so she no longer has to work. I owe it to her. That was huge for me.

ONE37pm: You've managed to grow your brand to the point where you've entered into partnerships with the likes of Cooler Master and the NBA 2K League. How'd you end up getting into business with Cooler Master?

3MGLIVE: The biggest thing was growing and learning how to move in this industry, meeting people, and conducting myself not only as a funny content creator but as someone who can show good representation. A rep/agency who works closely with Cooler Master reached out and after reviewing my content felt I would be a great fit for the team. The team at Cooler Master enjoys me being me and that type of relationship is something you don't find with a lot of companies.

ONE37pm: And what led to you linking up with the NBA 2K League?

3MGLIVE: Being a huge fan of NBA 2K, this was like a huge W for me. How I linked with The NBA 2K League was interesting. A few years ago, I went to PAX East with a bunch of creators and I met a guy who goes by BlkFrankWhite. We literally had the same mindset of grinding and wanting to make a name for ourselves. Well, I'd like to preach to everyone and say never disrespect other creators or those you come across because you never know where people may end up. So one day, I was contacted by this gentleman and it was amazing how he remembered me and offered me this opportunity. Always have to show that love because he knew we were here to make something of ourselves and have fun.

ONE37pm: I gotta give you props on all those hilarious GTA RP streams! What's been some of your favorite moments from those sessions?

3MGLIVE: Those were some of the best sessions to stream. I have so many dope moments. But one particular moment was a wedding that was going on and some guys randomly pulled up and completely destroyed the whole thing leading to a dope story of back and forth with excellent roleplay. Them RP days will return soon!

ONE37pm: In your opinion, what are three essential pieces of advice every up-and-coming streamer/content creator should know?

3MGLIVE: No cliché but this whole "be original" thing doesn't help anyone up and coming because we are often influenced by our favorite creators. So I'd say grab pieces of style and content from your favorite creators and blueprint or structure layouts that you feel most comfortable with and practice your style of how you'll produce content or stream.

You don't need the most expensive equipment but always provide quality content. A decently priced mic or a camera always helps because people gravitate toward content that sounds or looks professional, even if it's an NBA 2K video or vlog video.

The most important piece of advice has to be your reasons behind content creation. We all had that vision of wanting to make videos and become rich overnight but that's not how it works. There are millions of creators and I'm a strong believer of your time will shine but never rush. Allow yourself to have fun with this because if you making content expecting big money at first, you most likely won't be making content for a while. Patience is key - it allows you to grow while making content. Quality over numbers all the way.